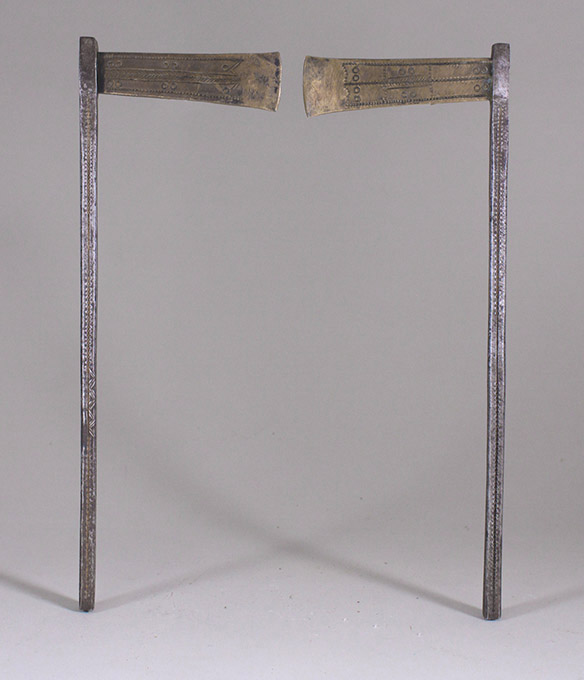 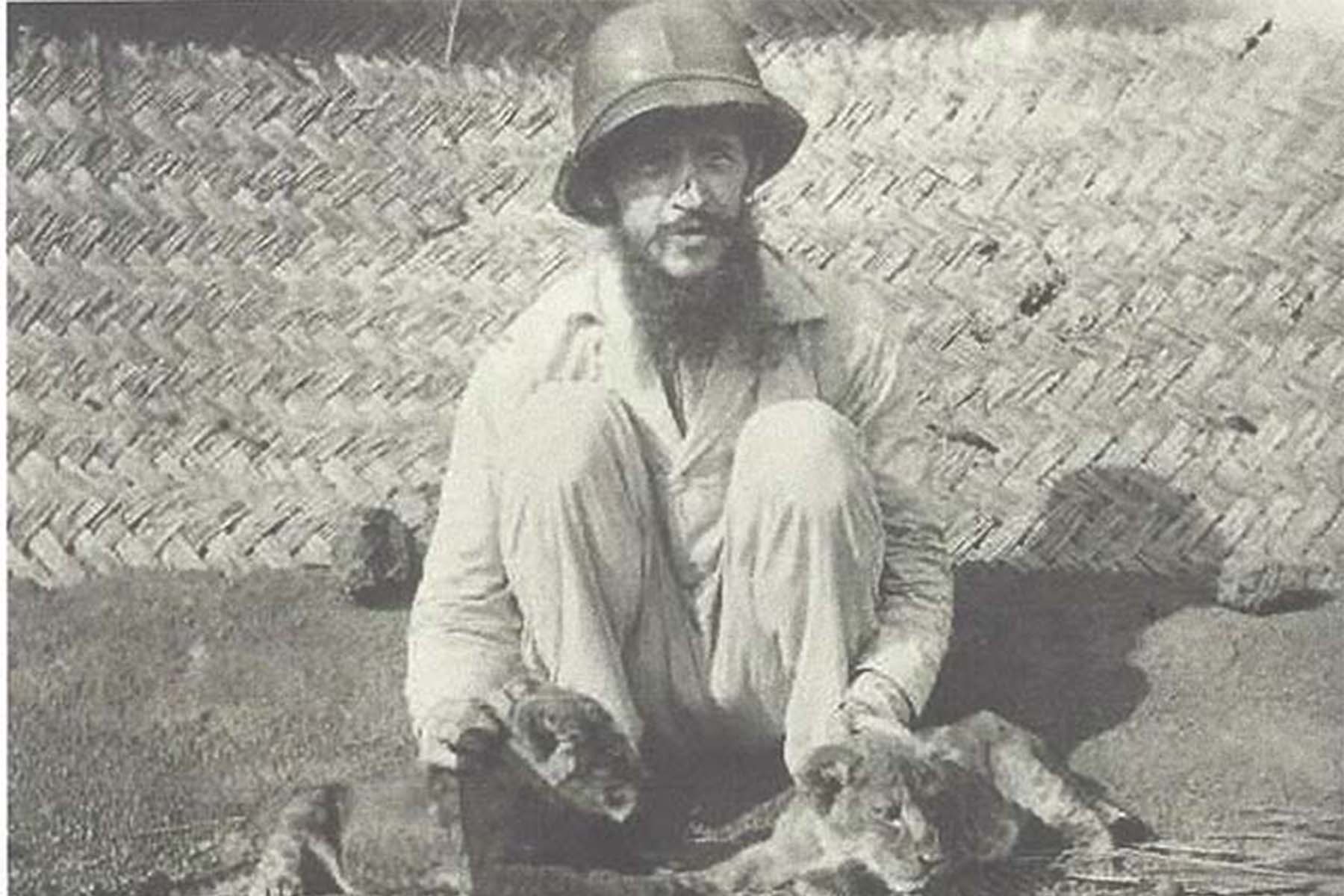 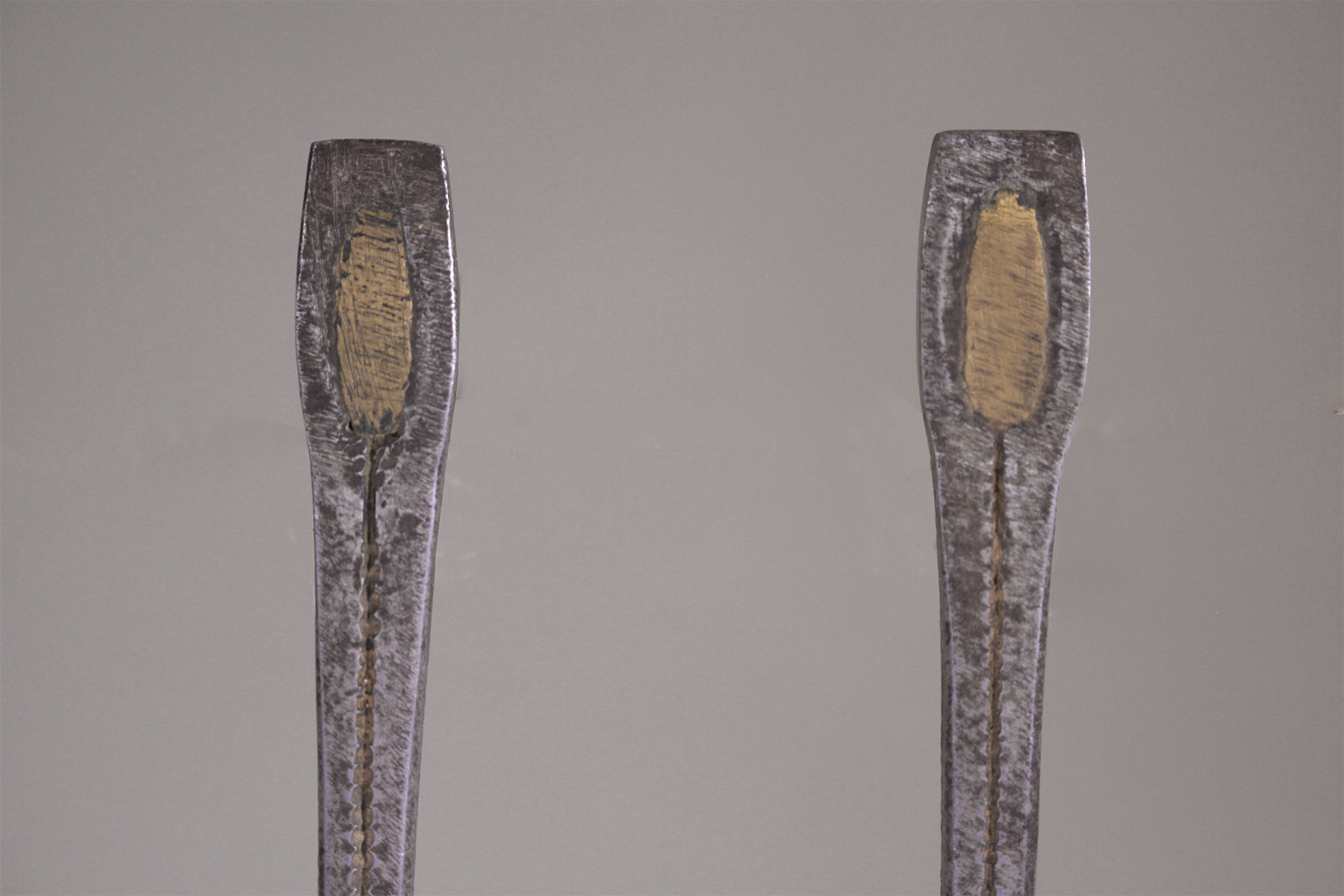 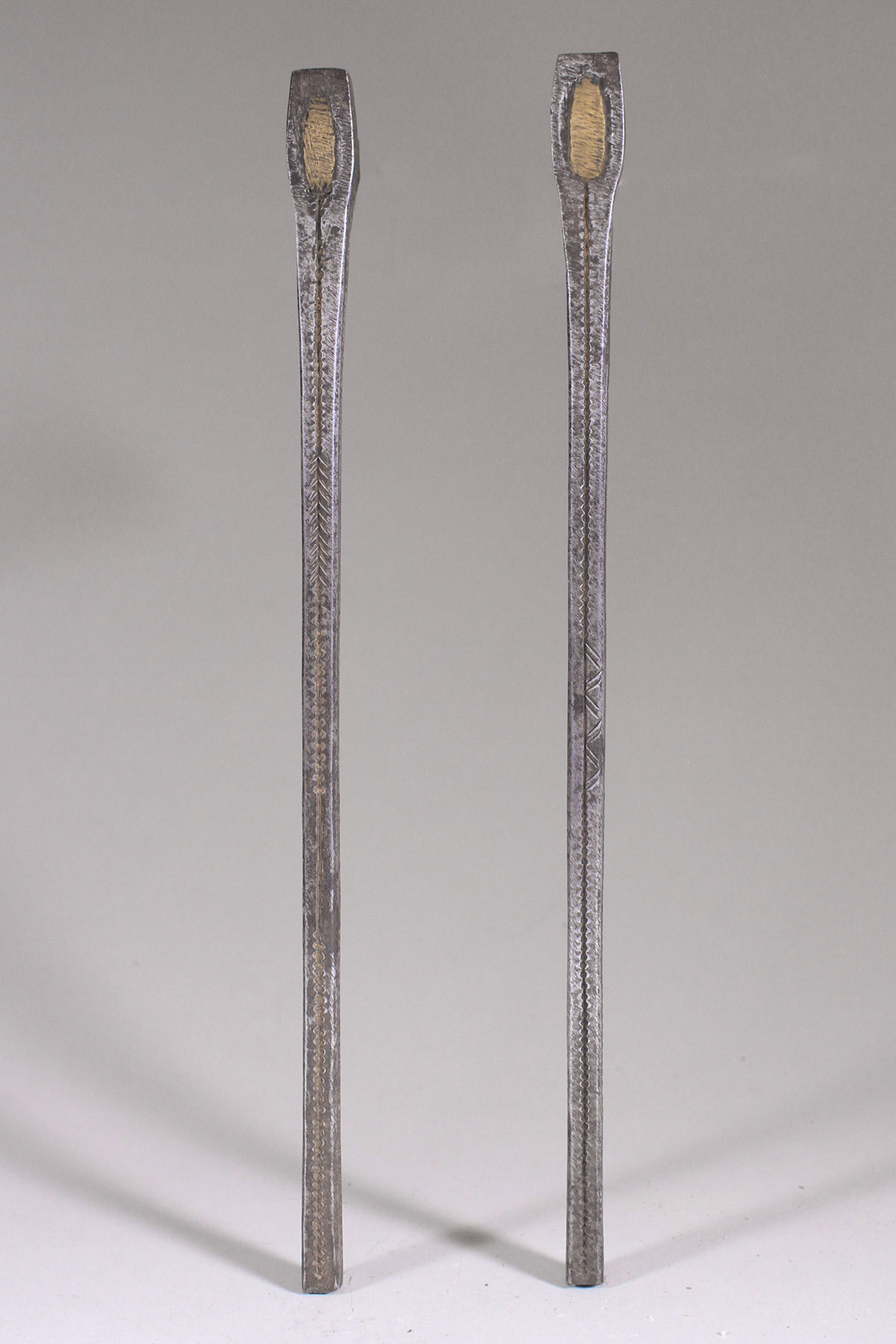 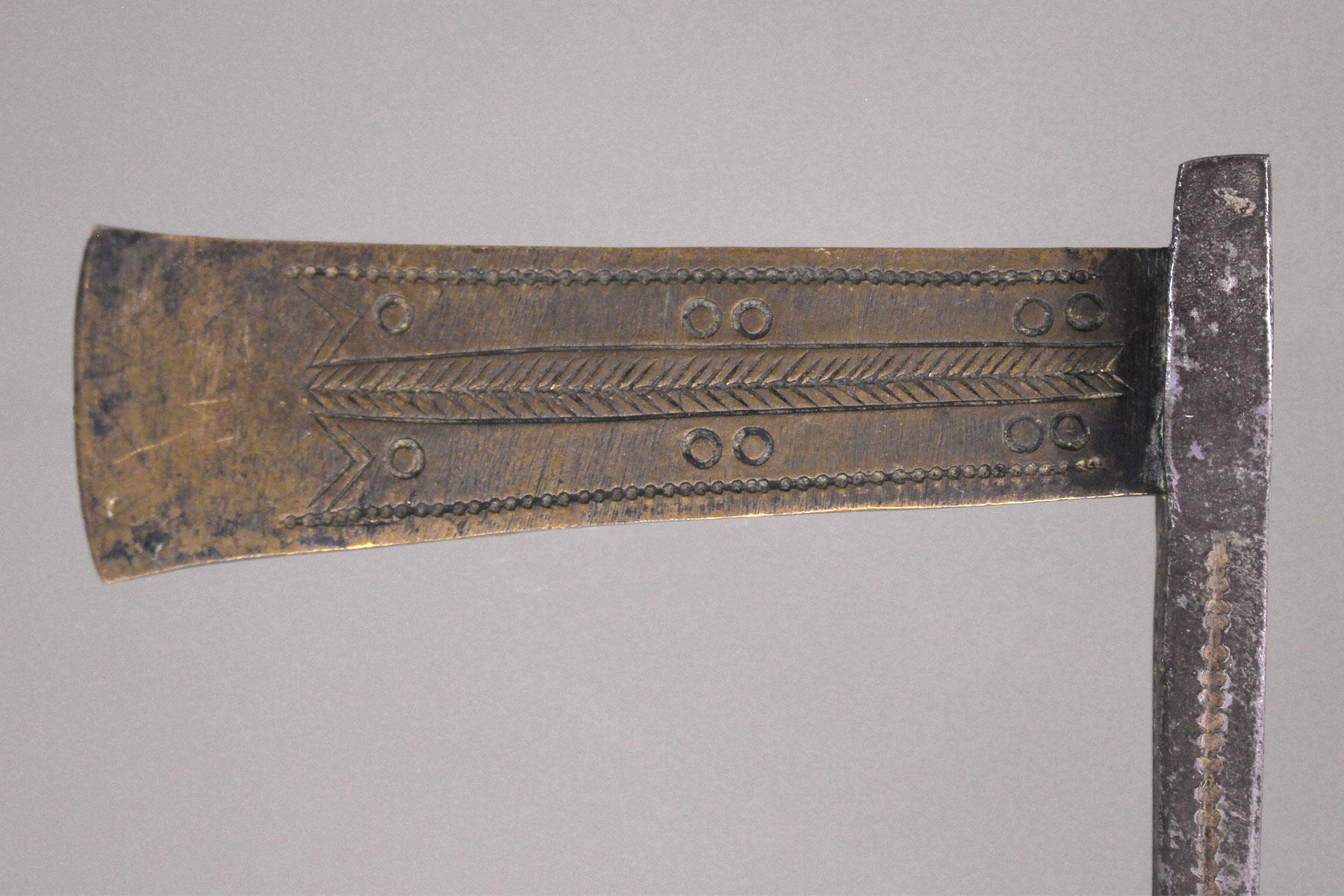 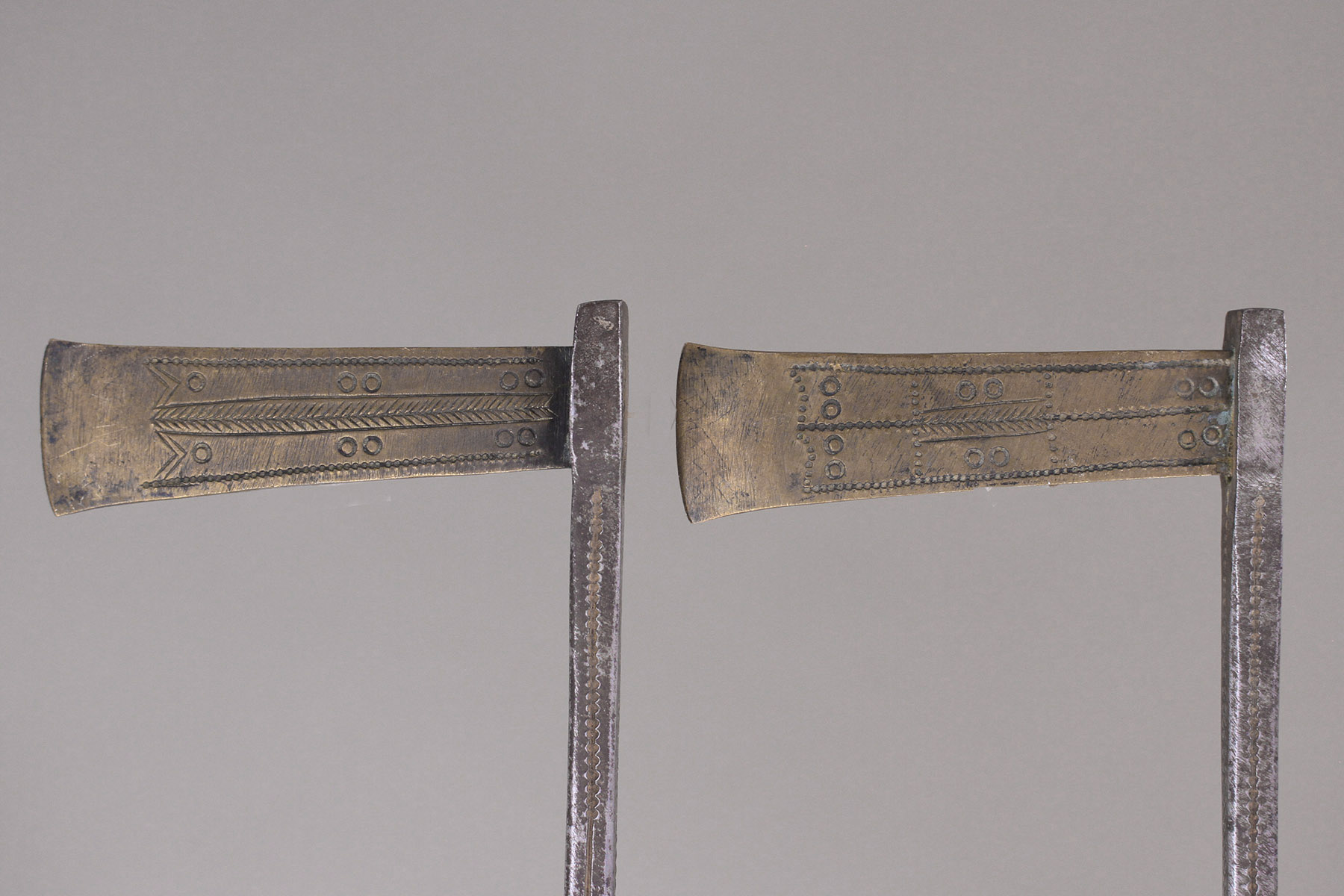 This pair of ceremonial axes is attributed to the Yakoma and/or to the Ngbandi people. Both residing on the border of the Central Africa  Republic and the Democratic Republic of Congo

The use of these axes is not clear. Too small and  too light to be used as weapon or tools, but very well executed so probably used as  ceremonial or dance axes.

Brass blades mounted on forged iron hafts. Both the blade and the haft are decorated with engraved geometrical design.

This pair of axes was collected by Mr. Armand Marcel Fontaine in during the first quarter of the 20 C. while serving as a French official in Africa. Early photo of this gentleman is shown below. 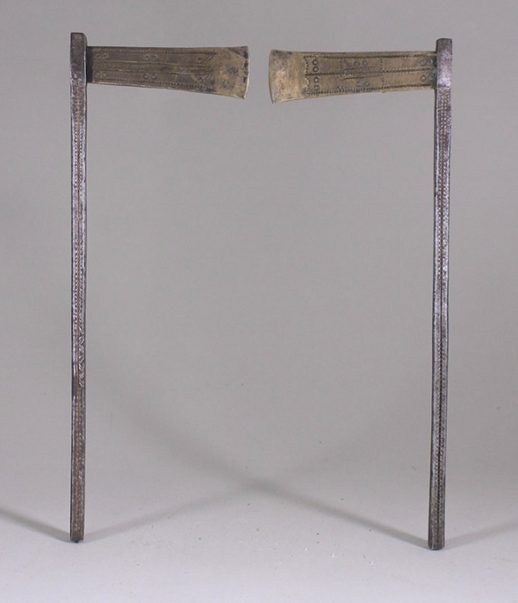 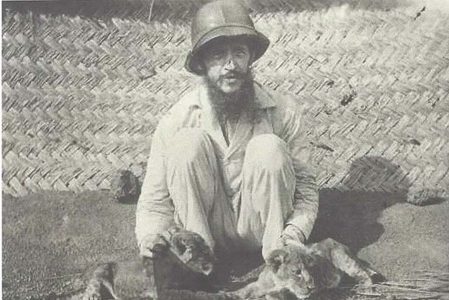 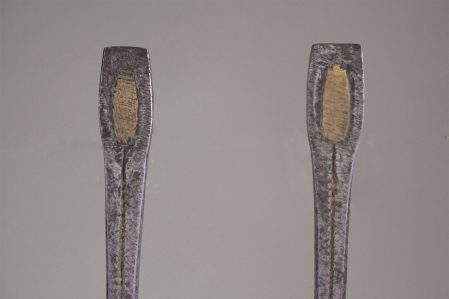 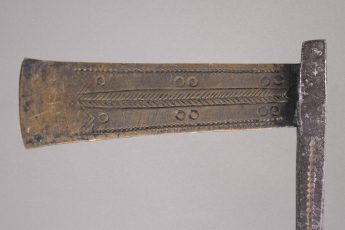 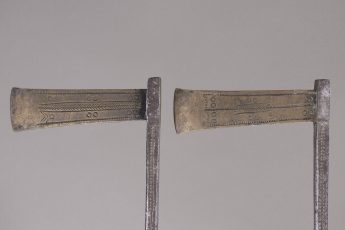 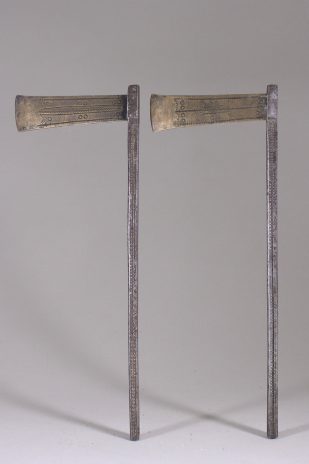 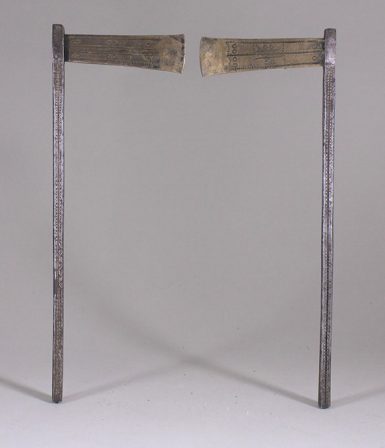