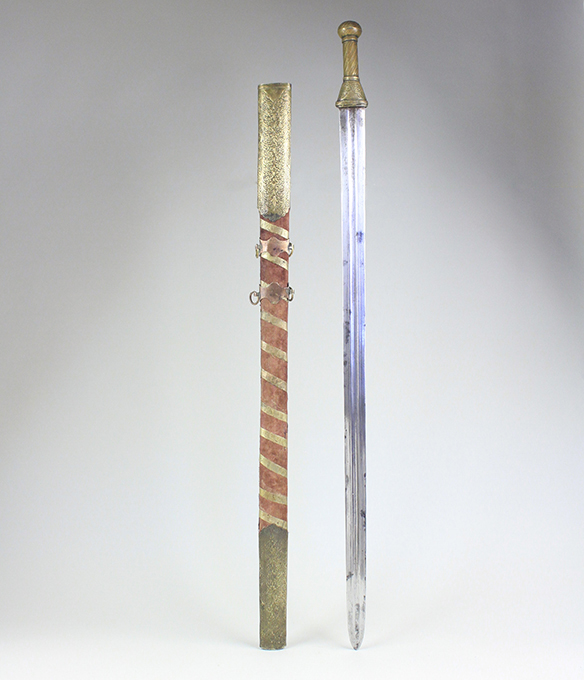 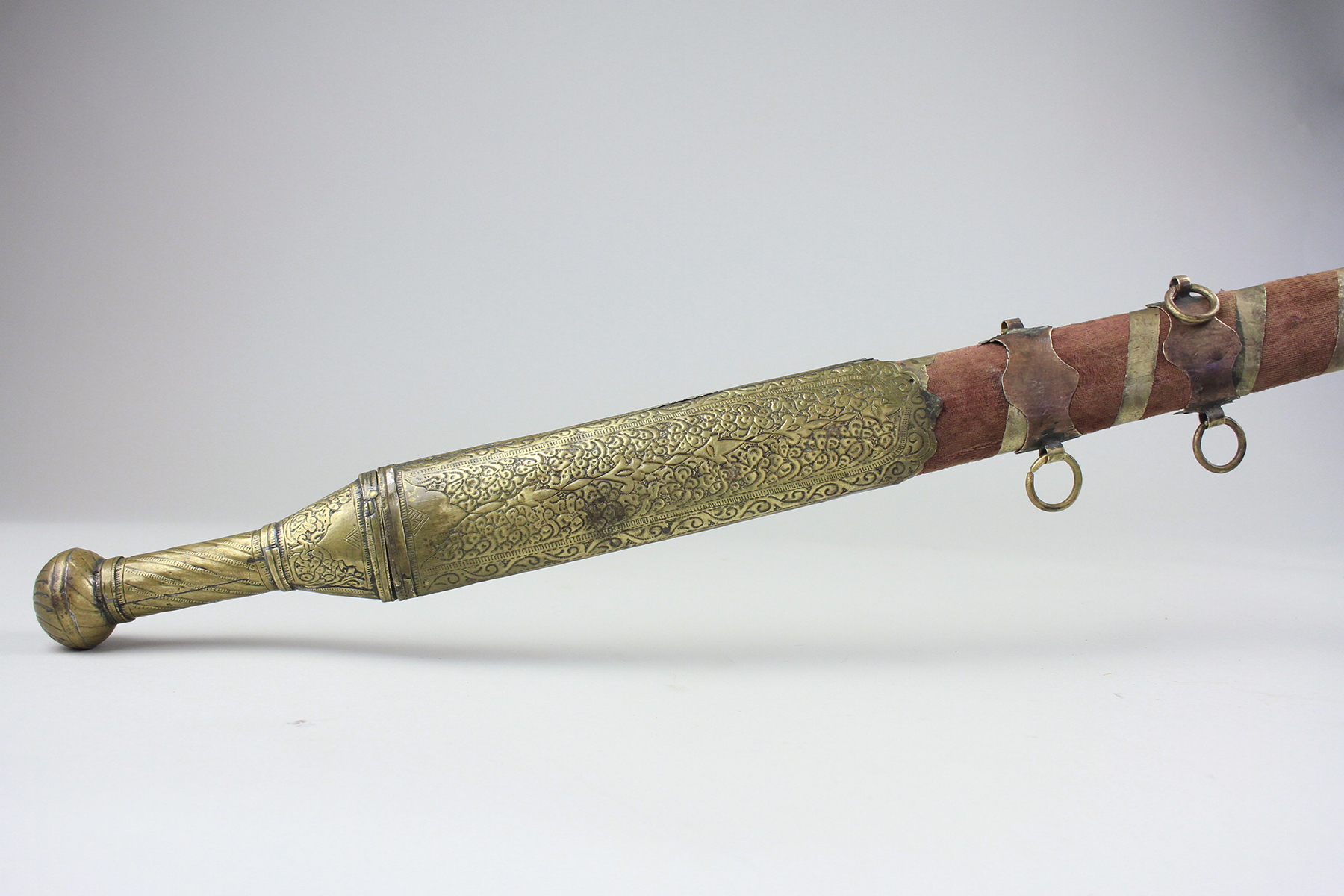 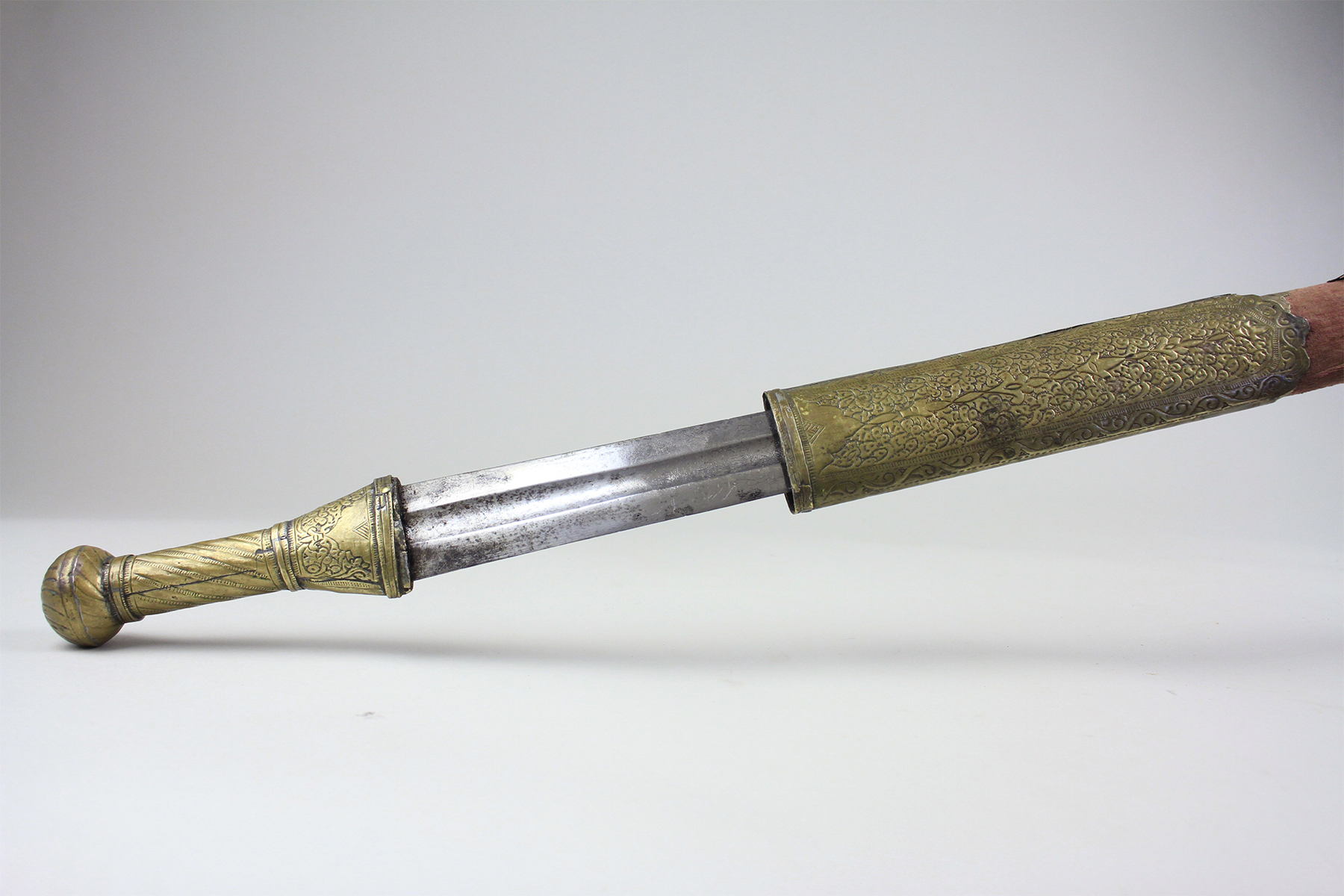 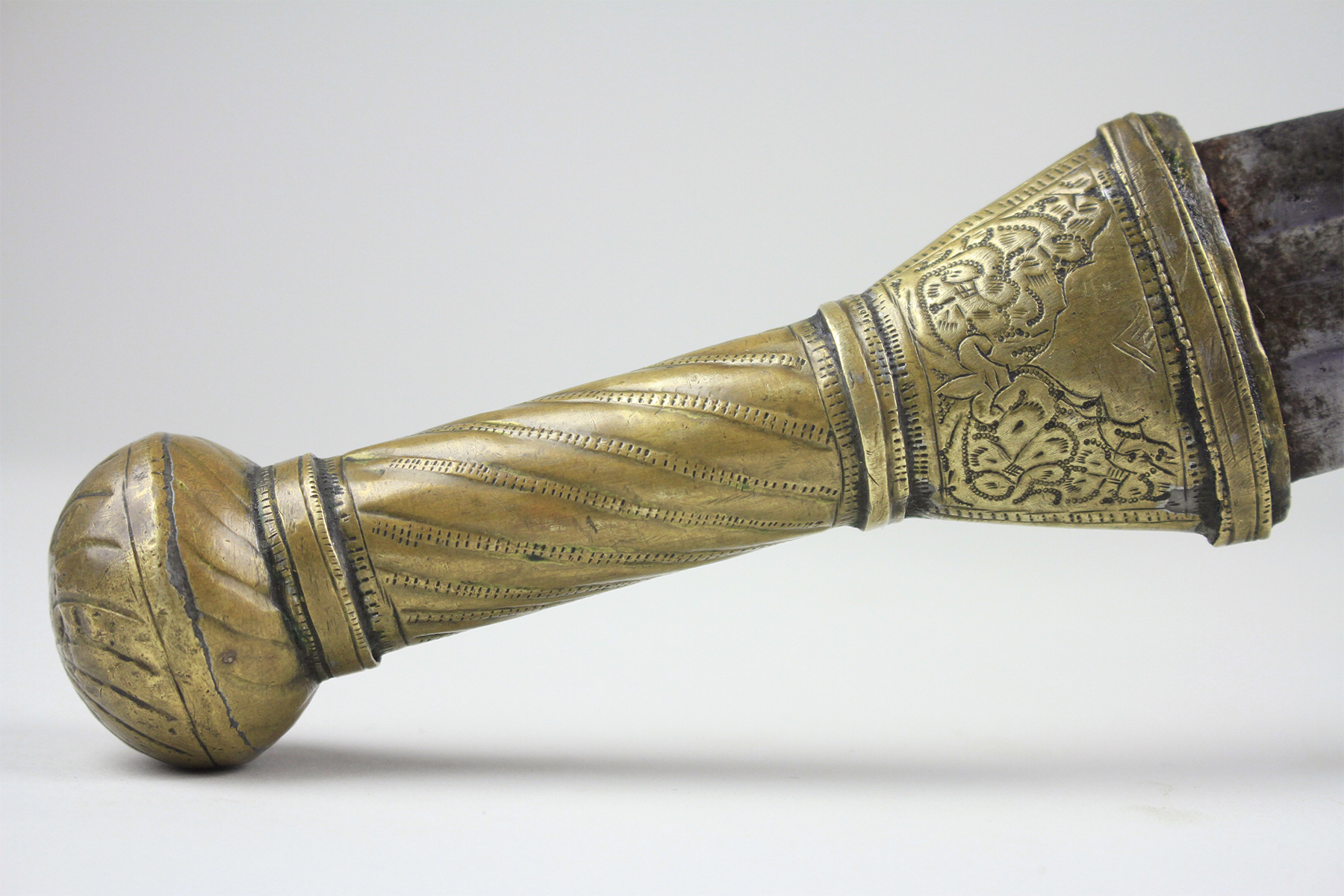 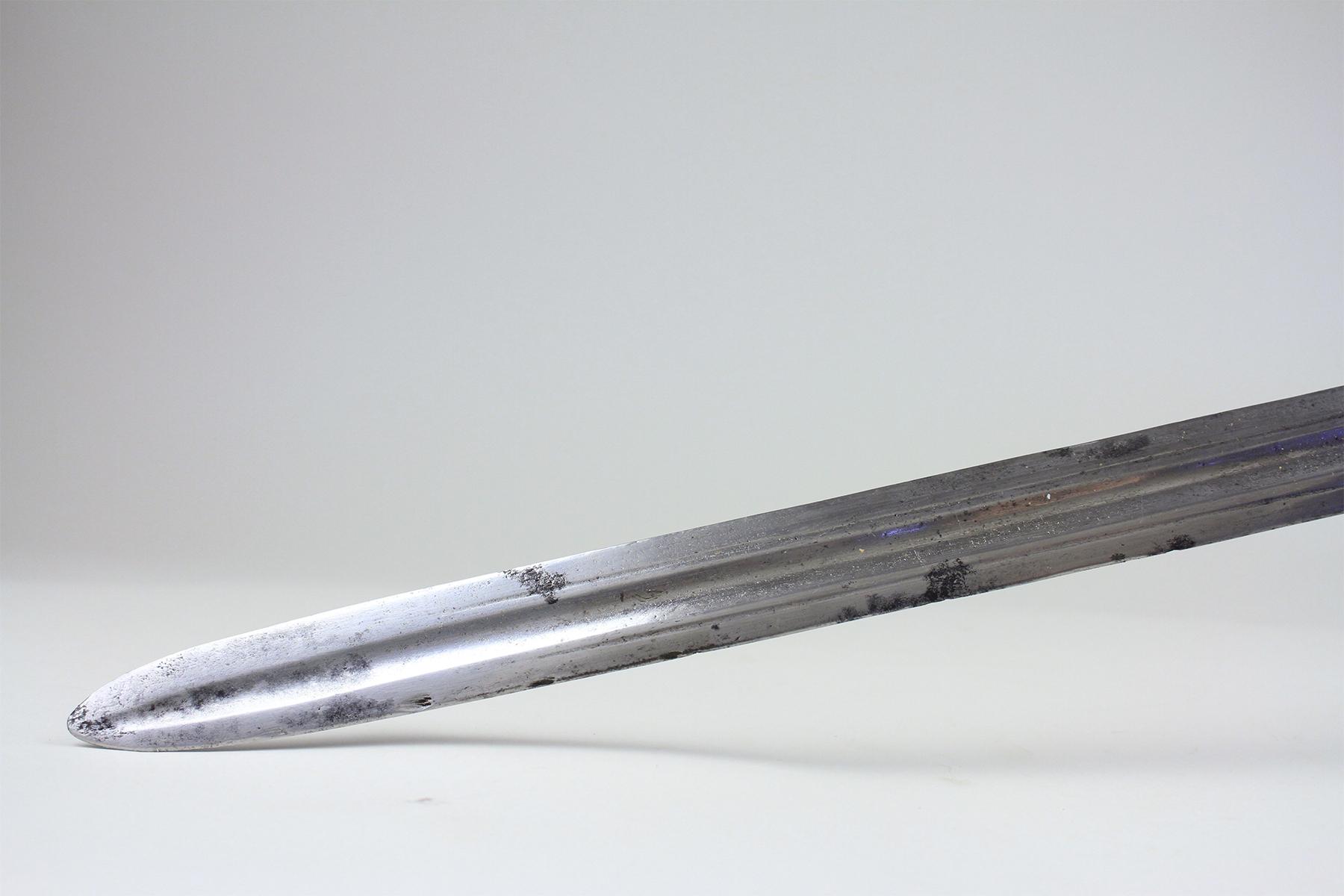 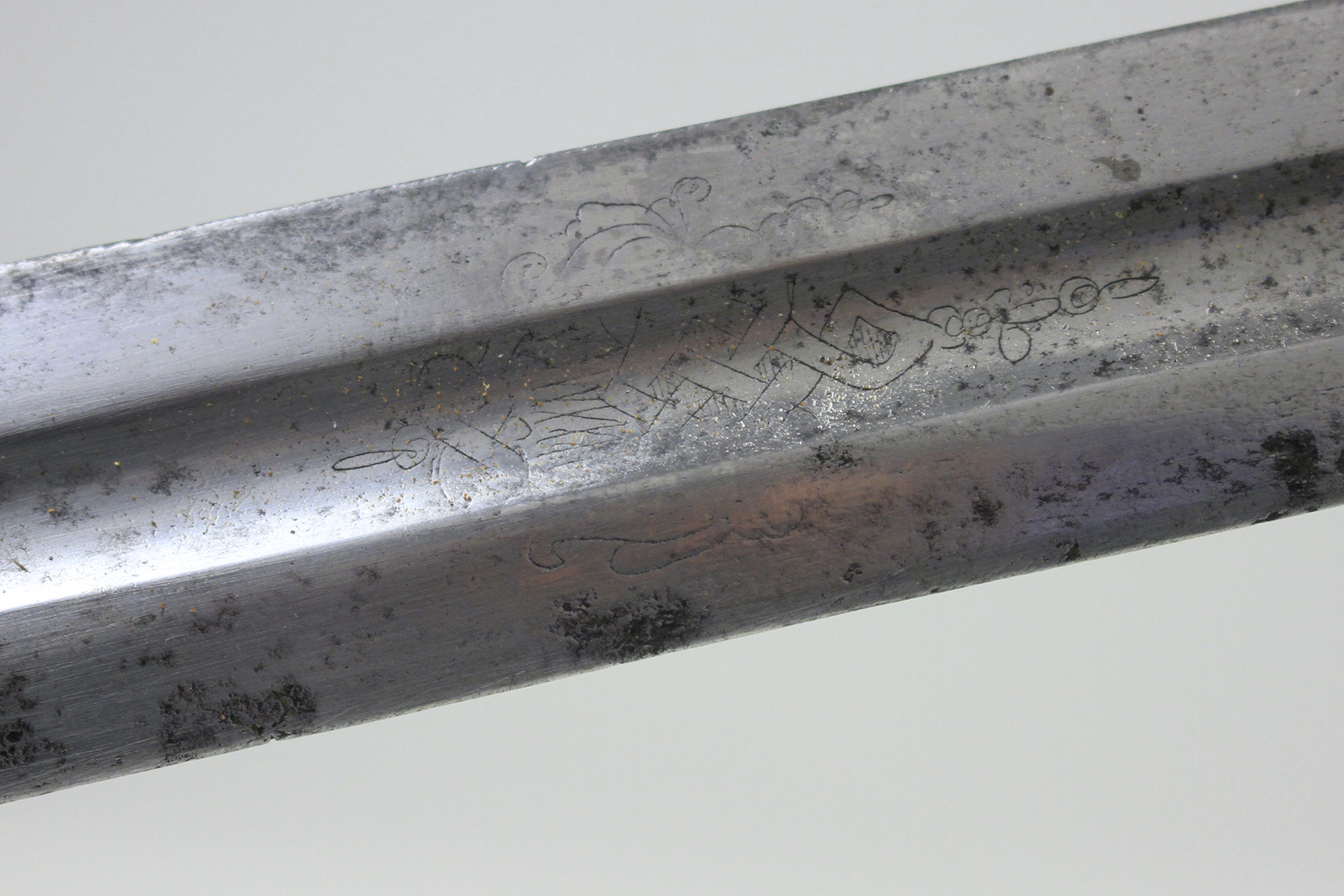 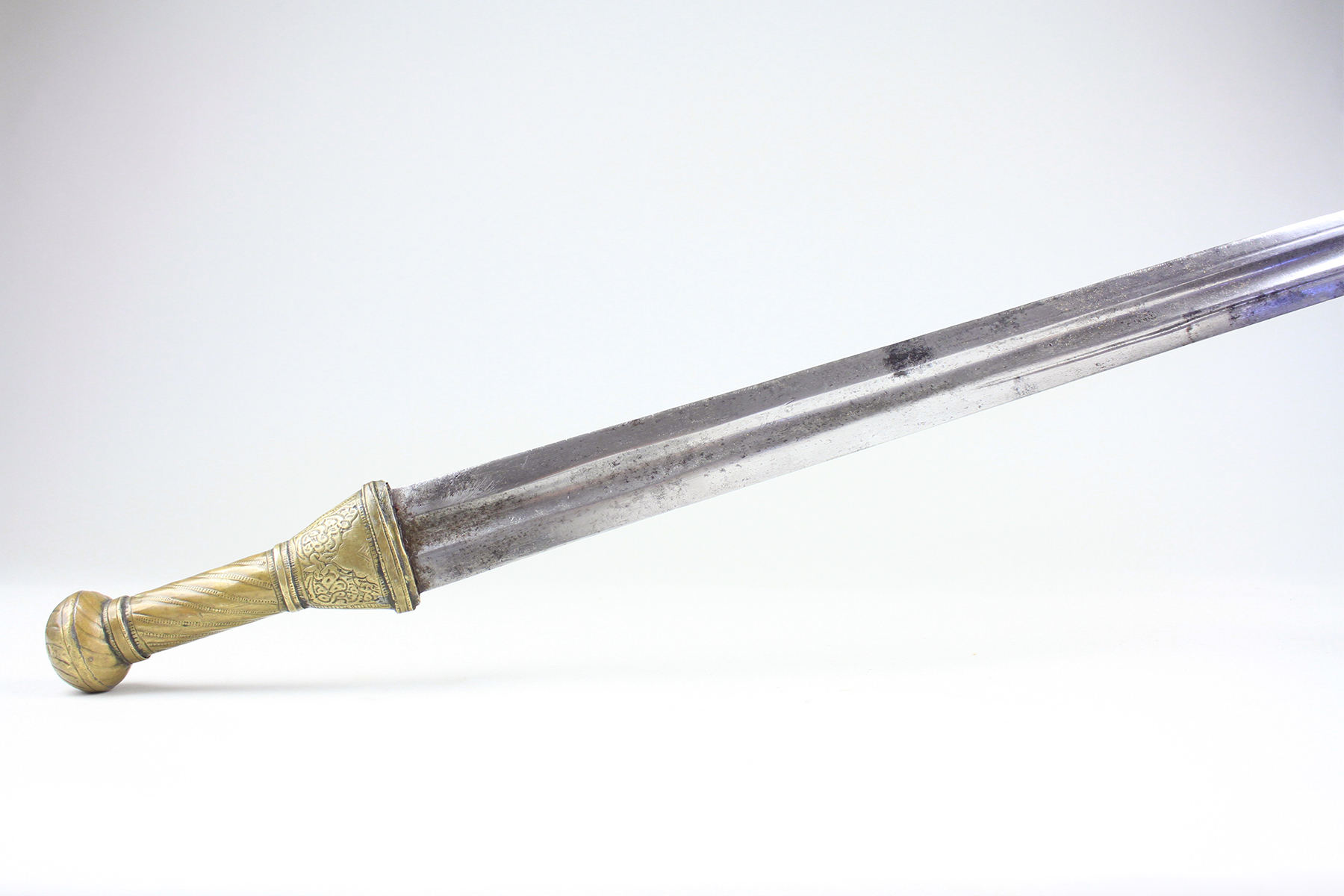 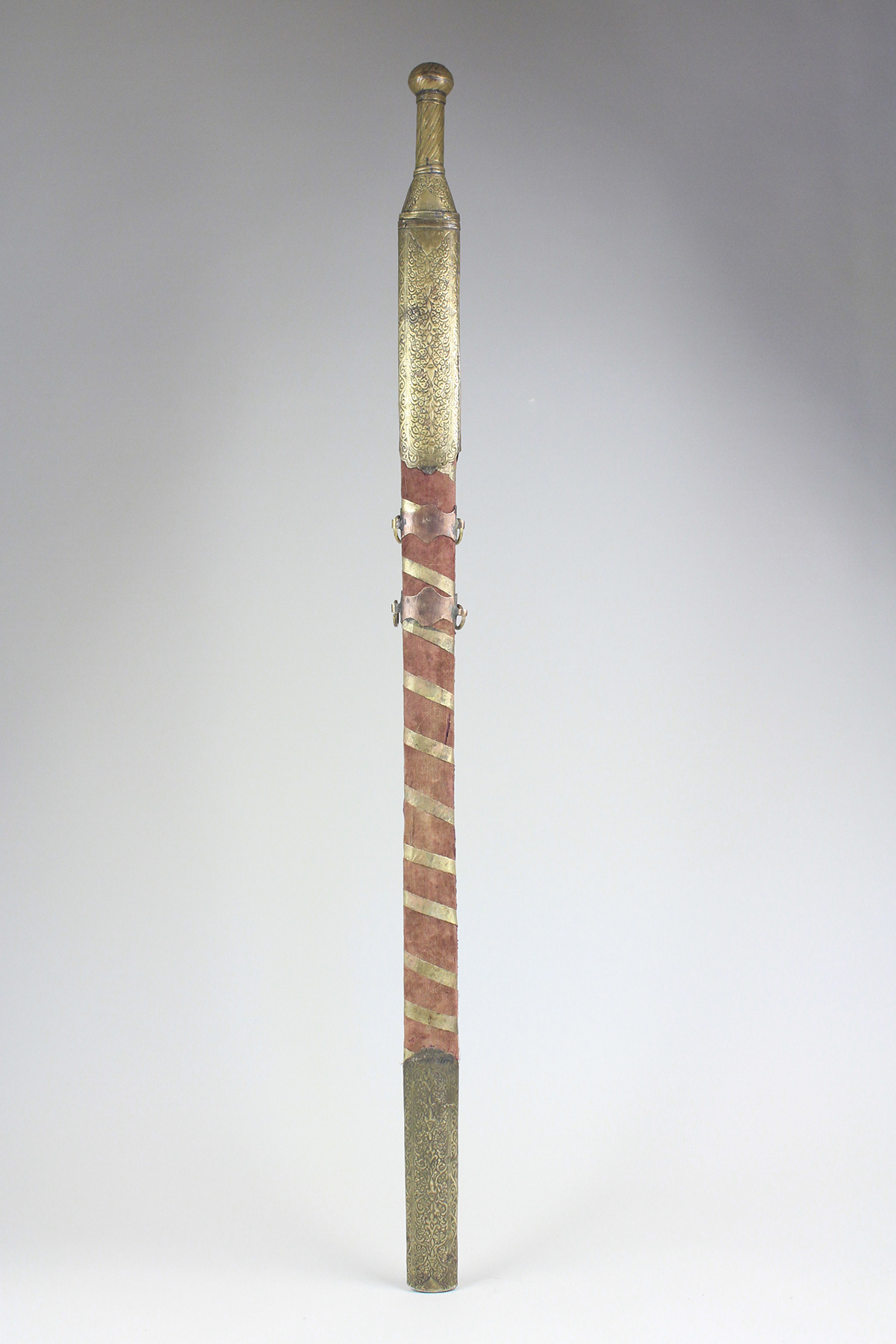 Early swords from the Arab cultures use to employ straight heavy blades. Curved shamshir style swords were adopted by many Arab communities and cultures  around the 10 th C.  b.c. but in two places – Oman and Yemen straight blade swords continued to be used.  The well known  Omani Kattara sword was in use well into the 20 C. Its Yemeni “sister” is much less common.

The Yemeni sword with straight blade follows the style of earlier Islamic swords. Quite similar to Mameluk swords from the 13 C.,  not only with its straight blade but also the handle  style with a ball shaped or similar rounded pommel. Use of early European blade is also common to these swords.

The Yemeni sword offered here is  an early exemplar, 18 C. or earlier with a very early 16 C. European fullered blade with engraved marks  (May be Italian). Chased brass handle and scabbard mounts. The velvet covered scabbard is bound with spiral brass strip and two copper belt attachment rings (Old but may be later to the sword). 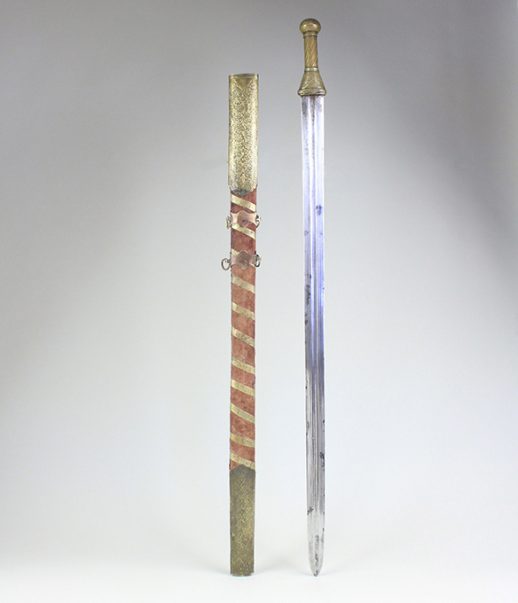 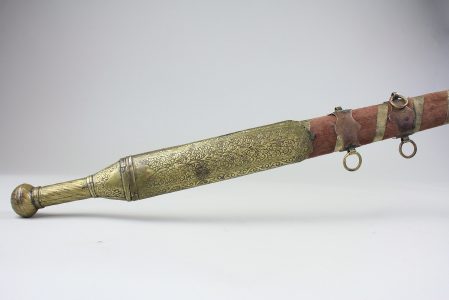 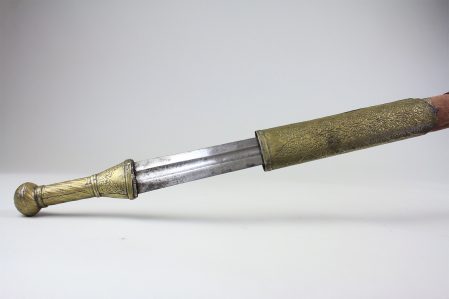 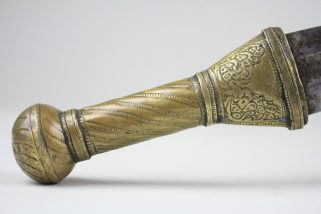 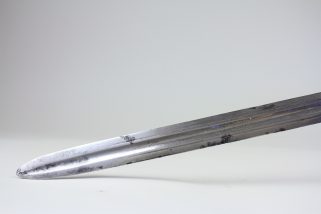 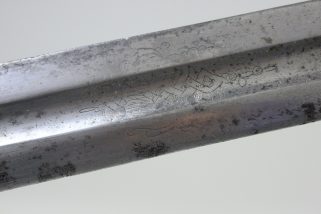 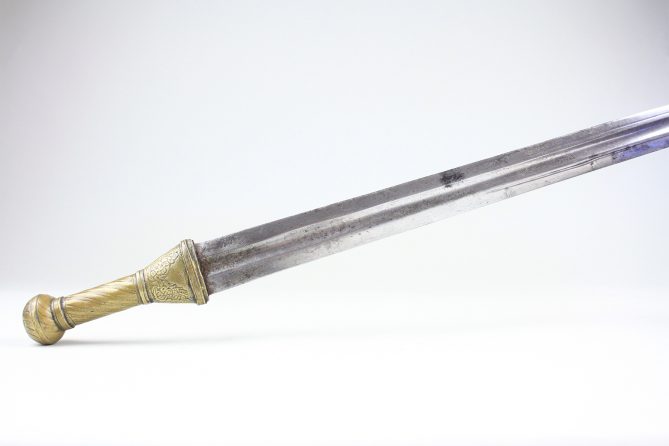 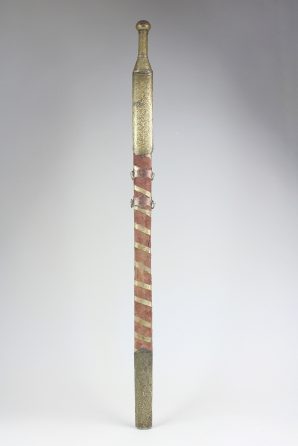 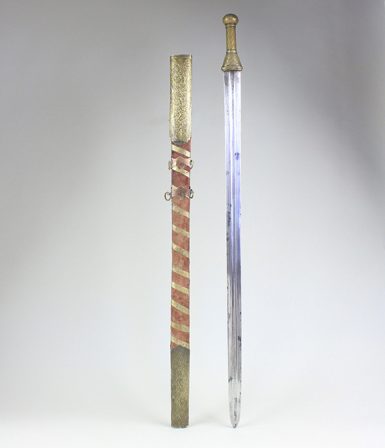