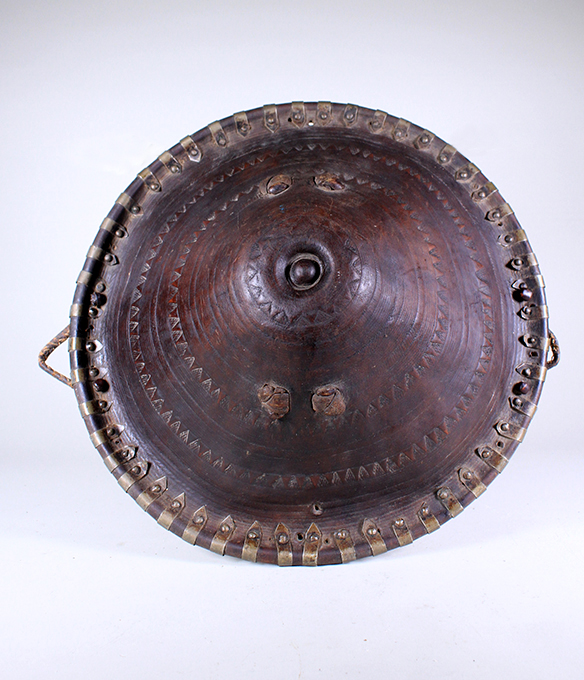 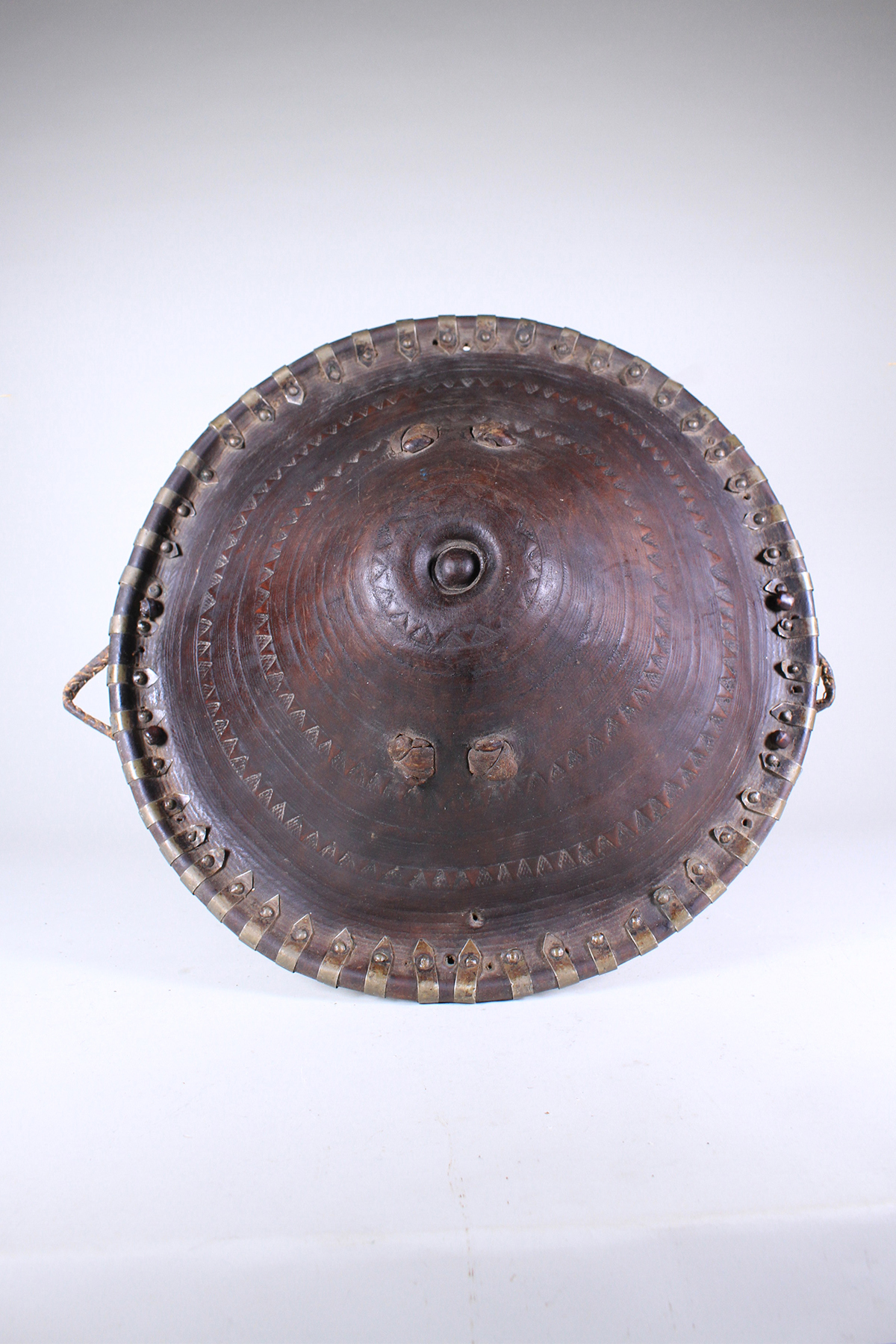 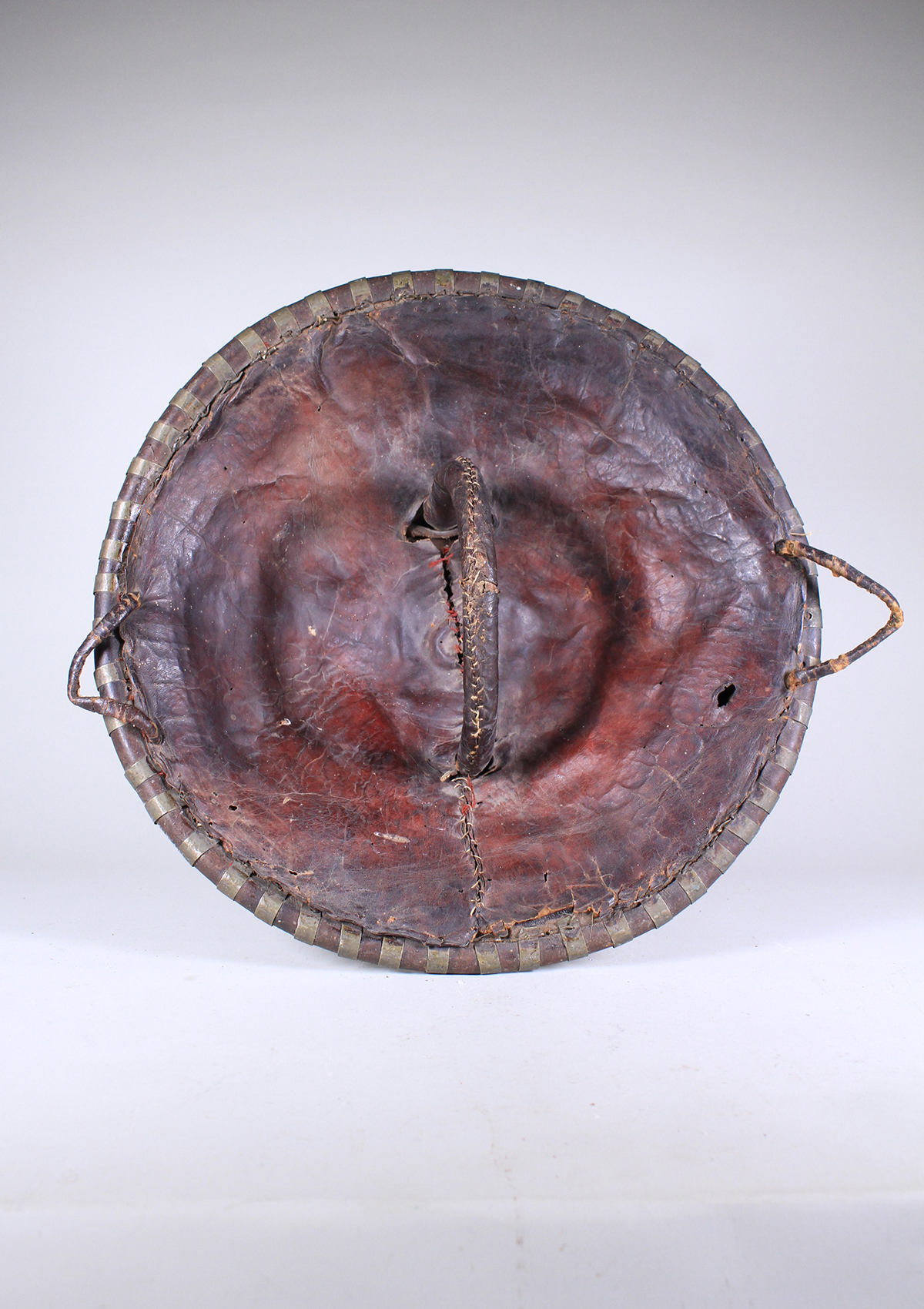 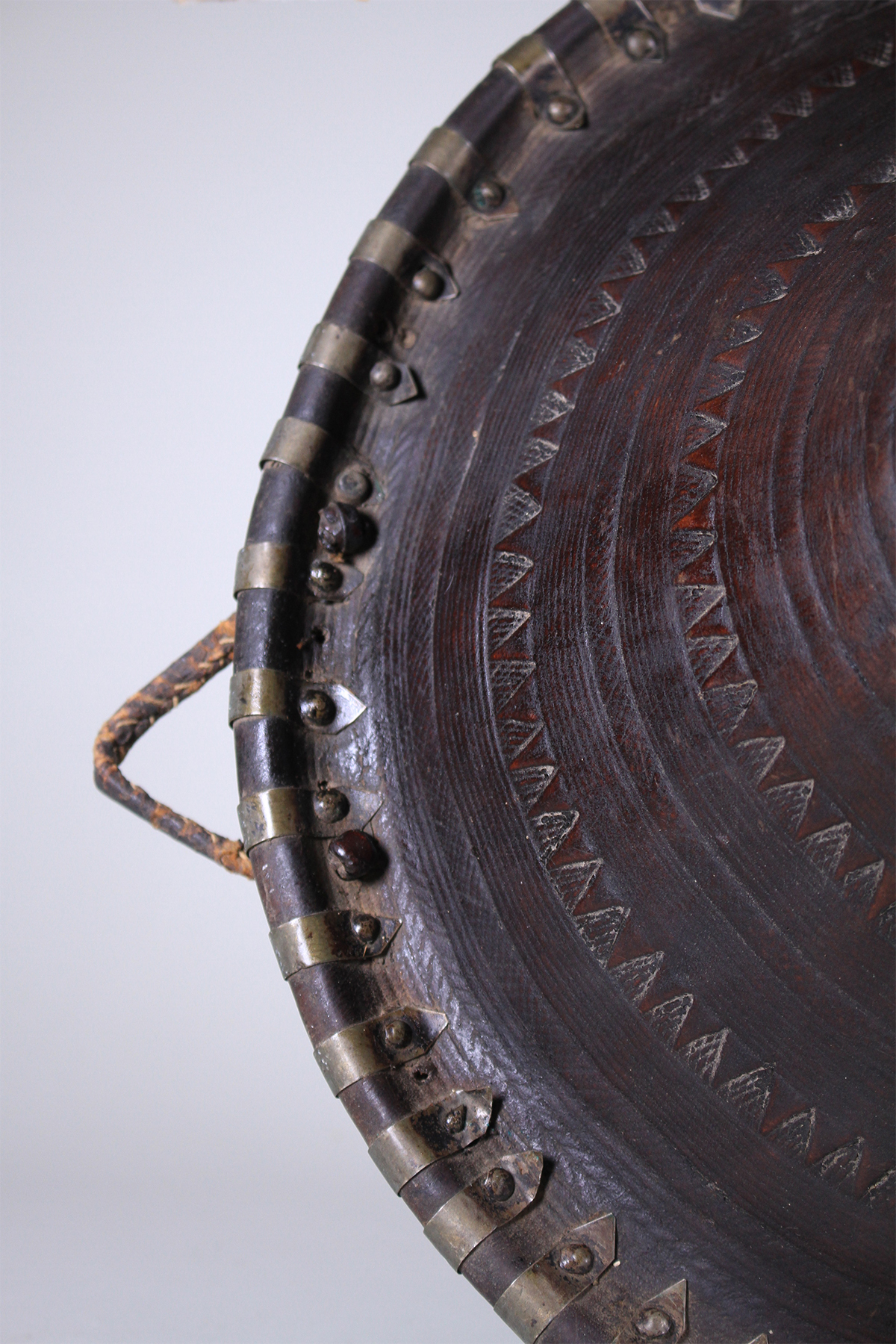 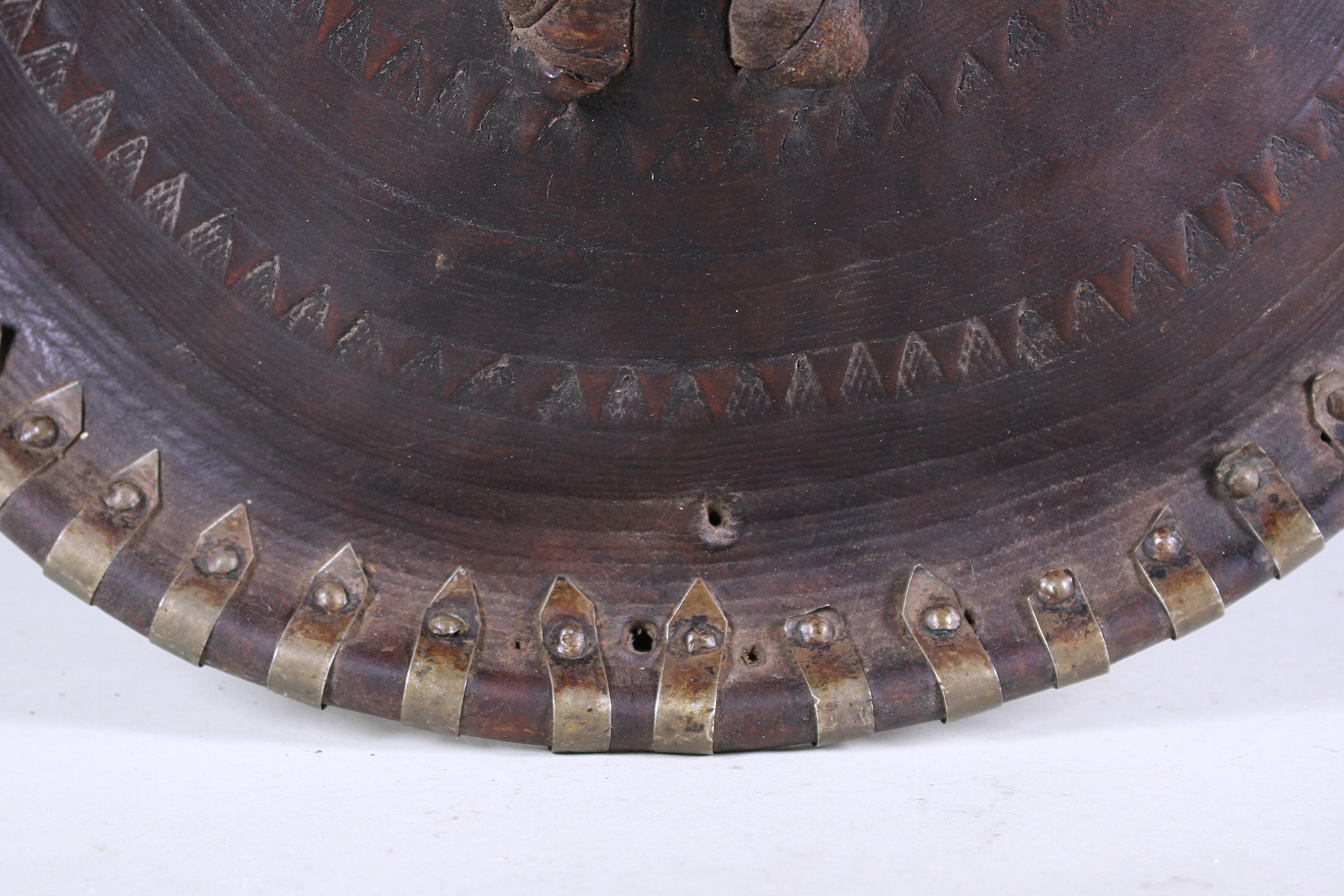 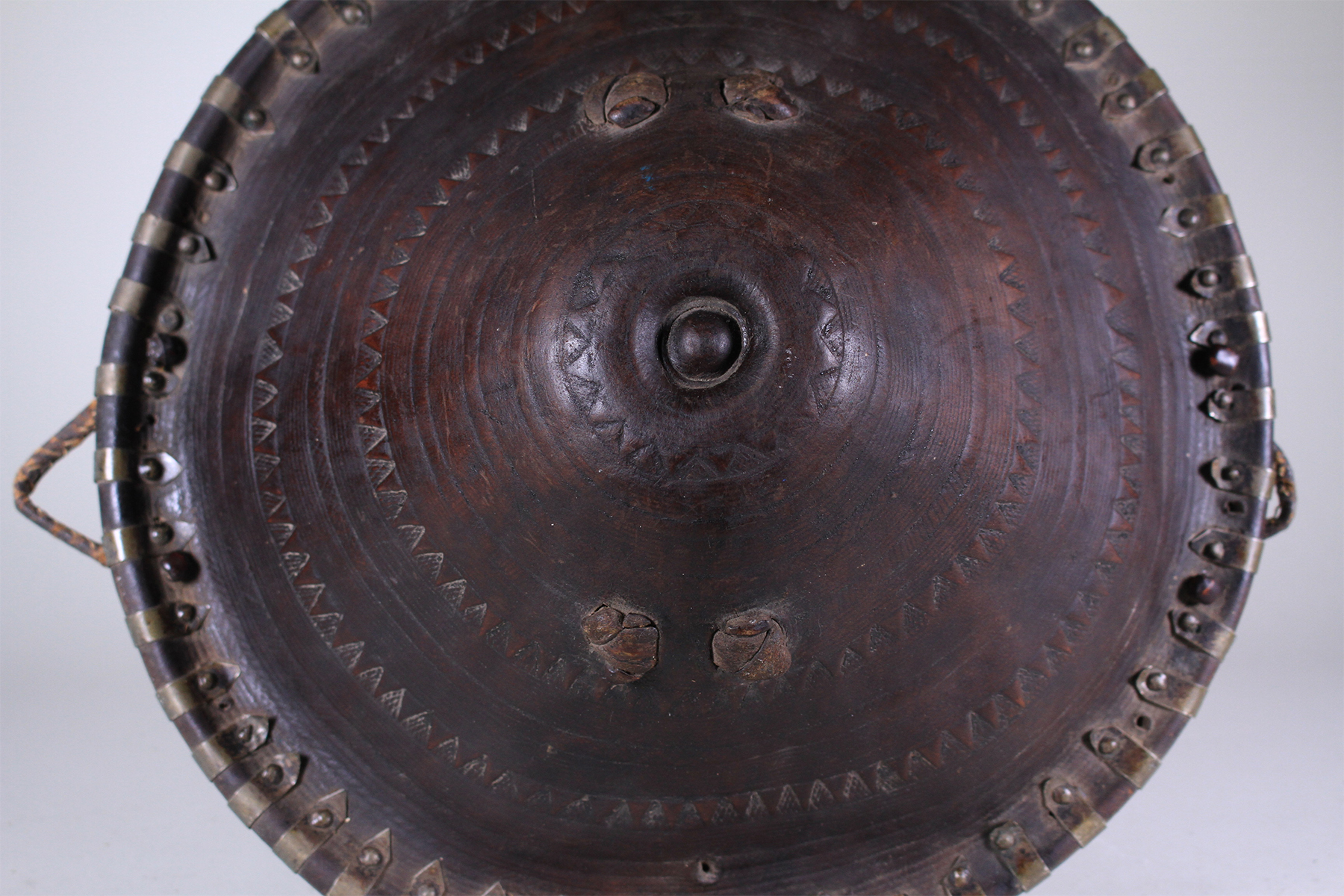 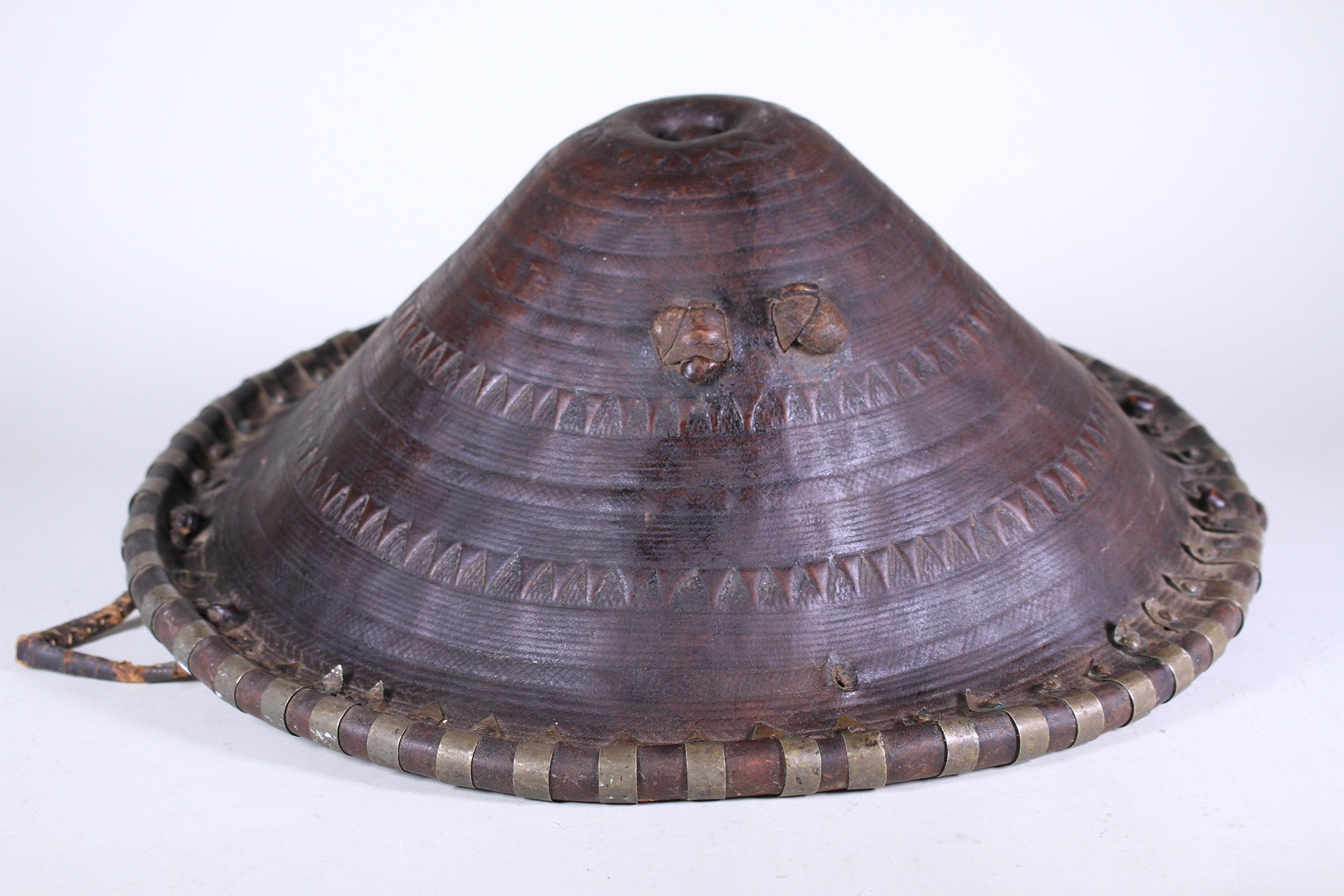 Amharas are ethnic group traditionally inhabiting parts of the northern and central highlands of Ethiopia that formed the famous Abyssinian Empire going back 3000 years to biblical times of King Solomon and Queen Sheba. The first Amhara Solomonic King was Melinik I and the last was Emperor Haile Selassie that was Murdered in 1974. The Amhara people were the dominant power in Ethiopia because of their Economic wealth and deep culture and heritage. They are Christian and formed second largest Ethnic group in Ethiopia.

The Amhara people use their shields not only as a weapon but also as a symbol of wealth and importance. Hence the efforts invested in decorating the shields.

The shield offered here has a conical shape made from  thick Buffalo leather  and very finely tooled all around. Multiple brass strips are mounted on the shield perimeter. The inner surface is covered with thin leather (now partially damaged) and set with a heavy hide handle and two (original) hanging loops. 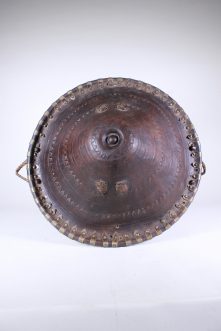 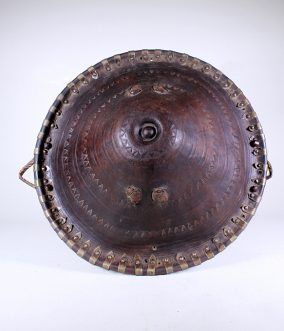 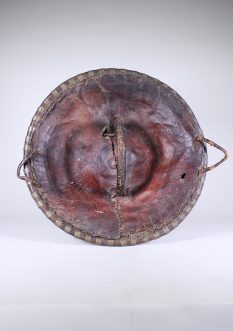 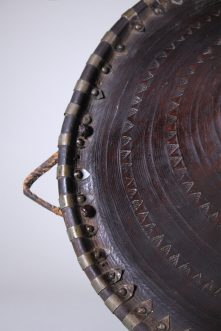 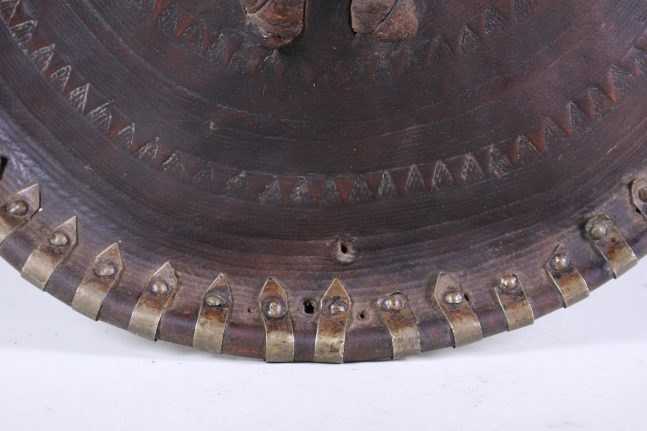 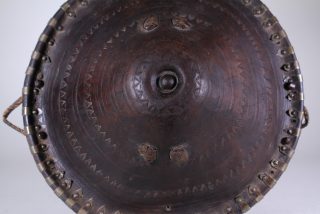 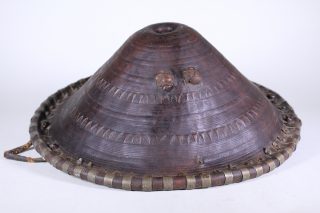 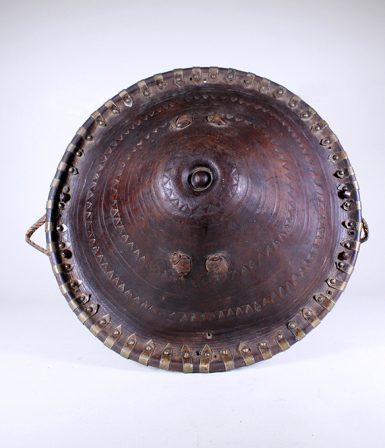