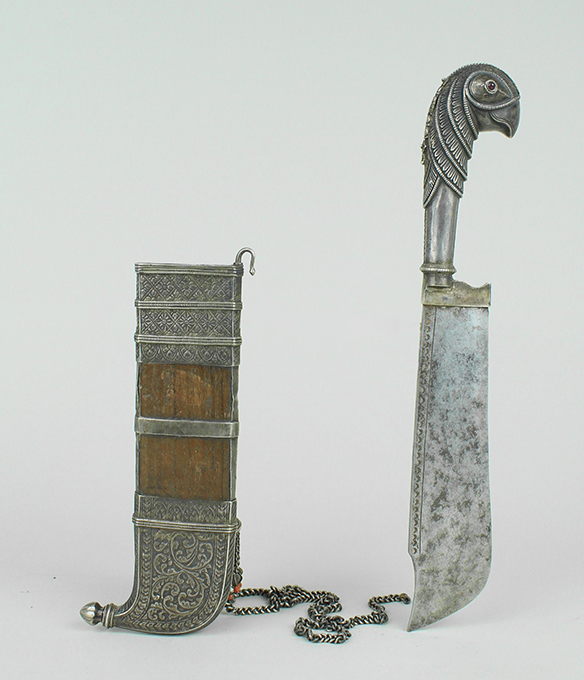 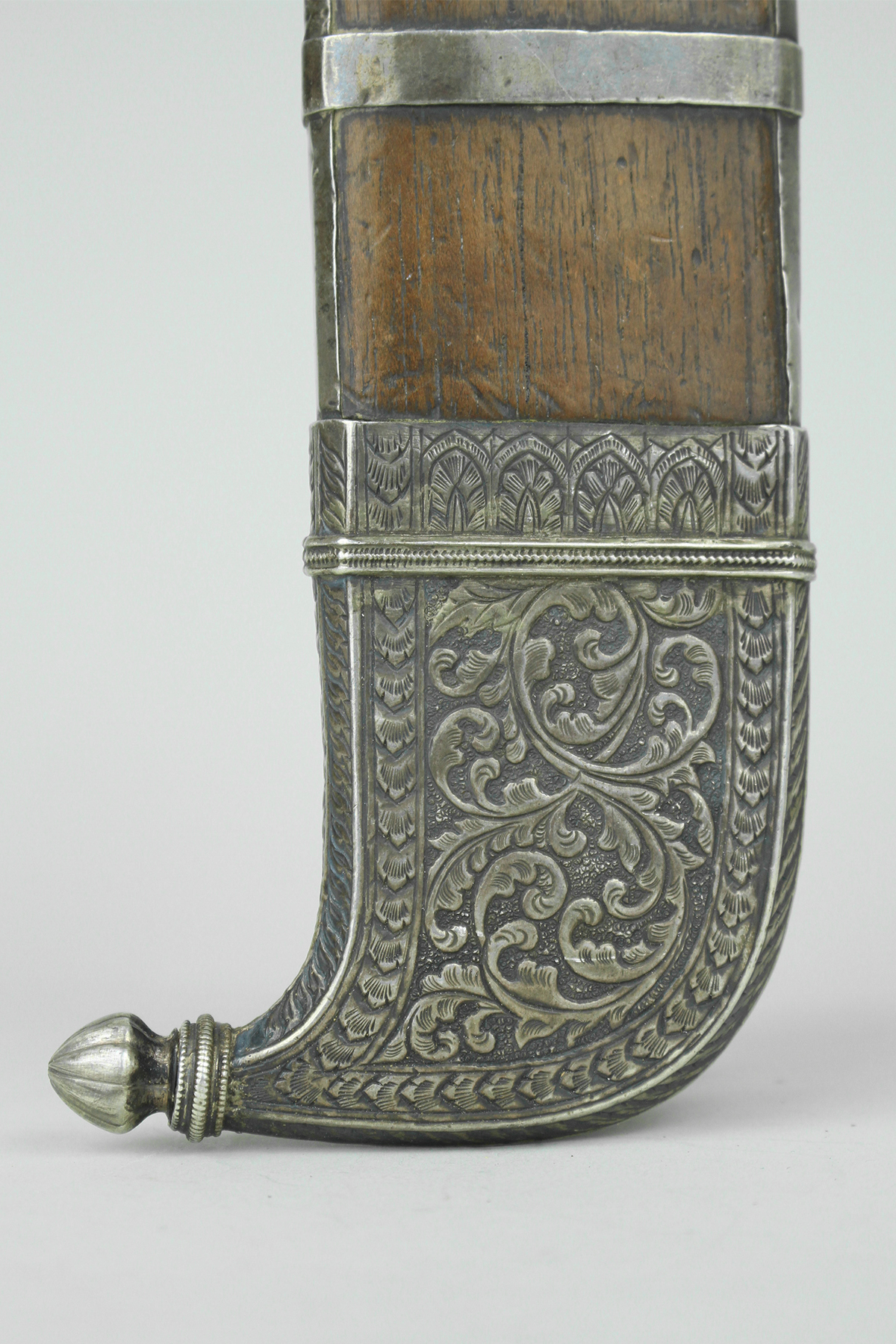 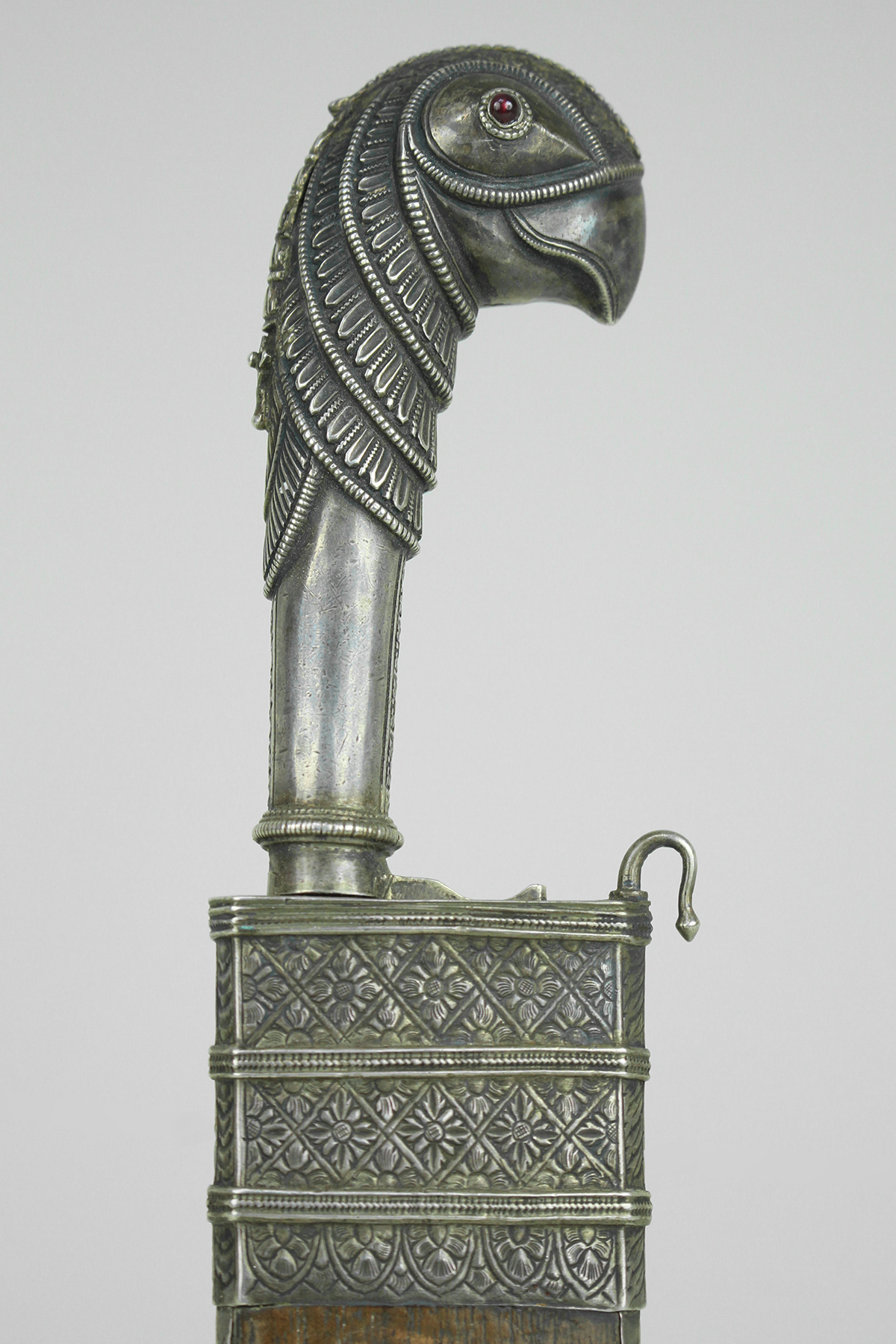 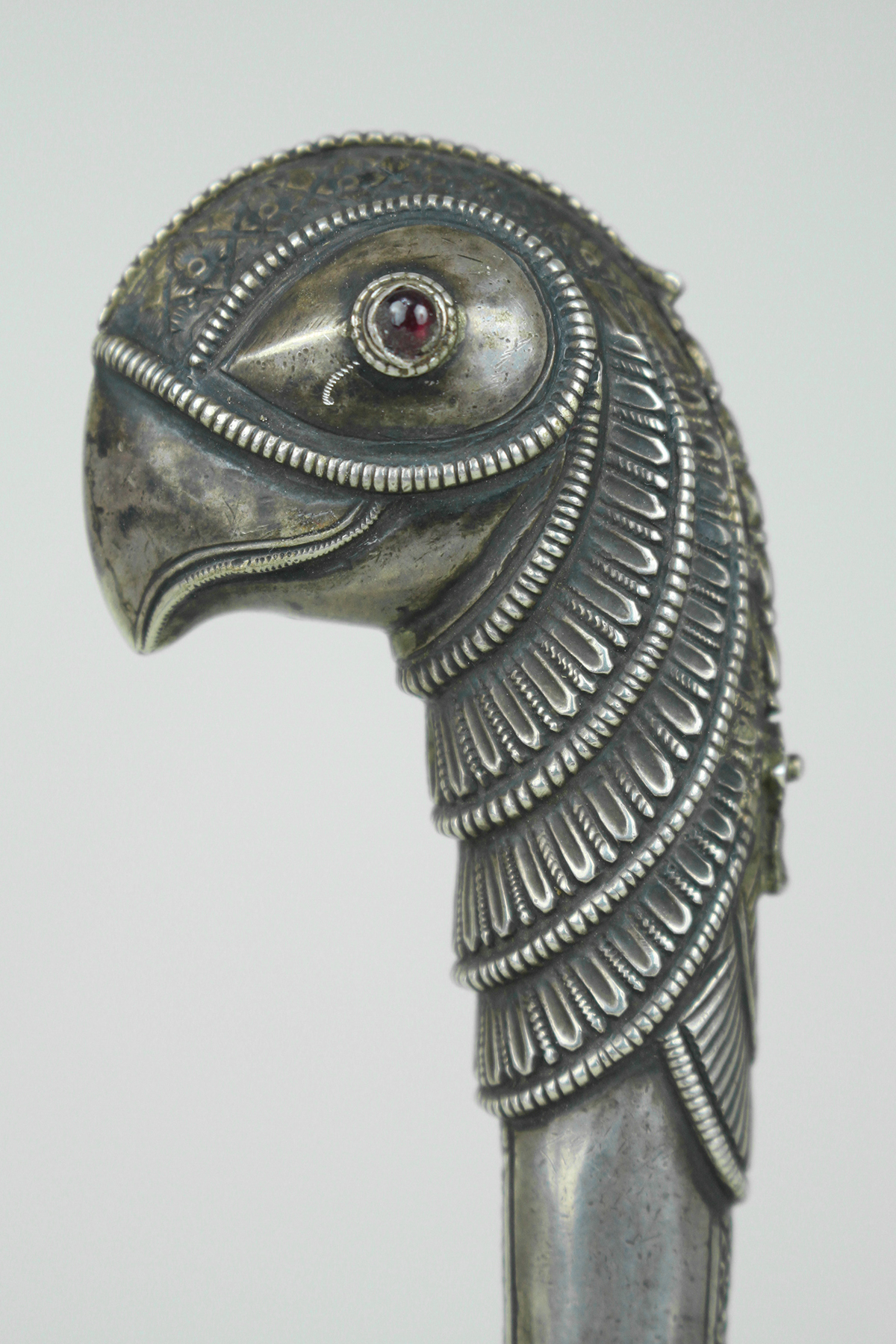 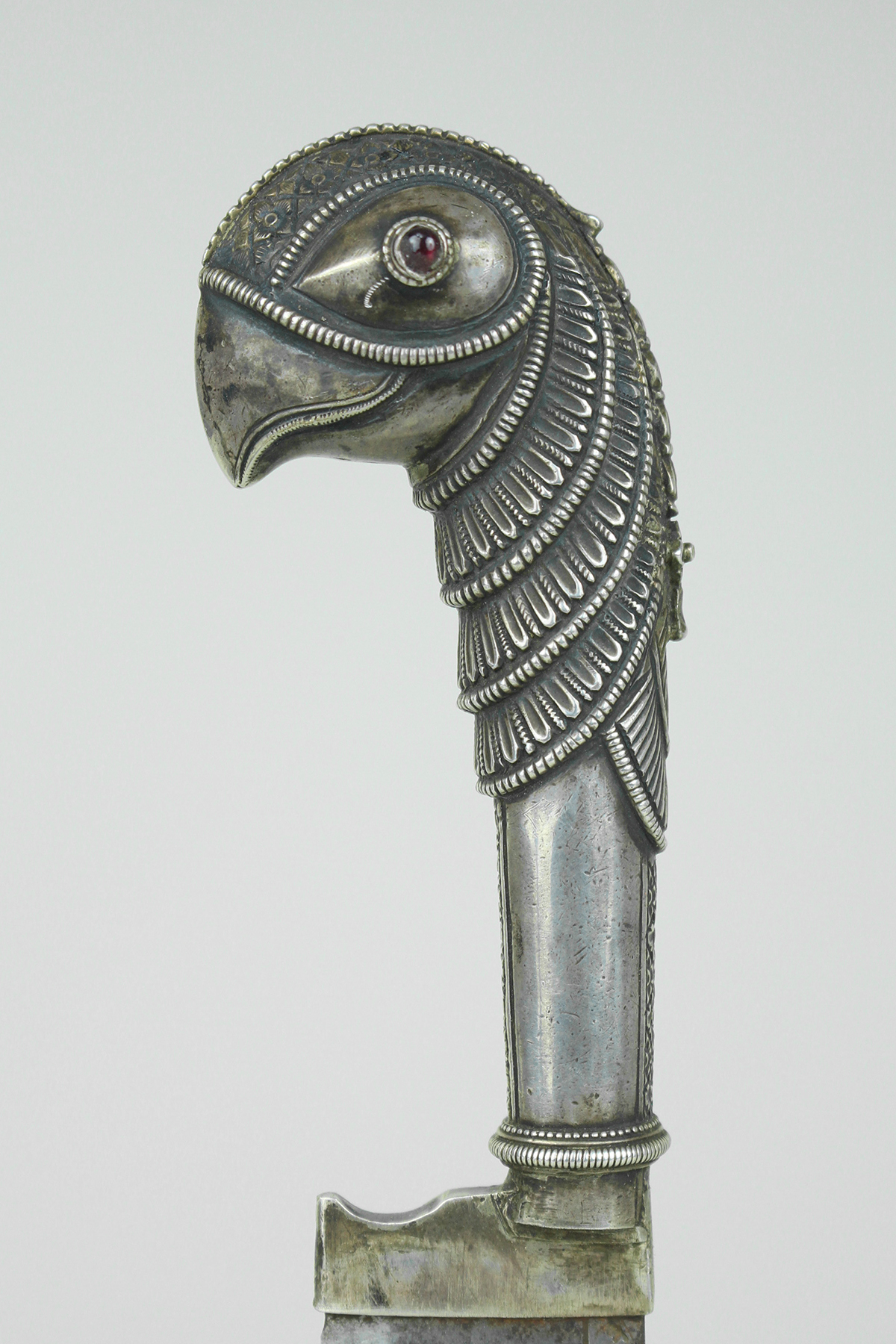 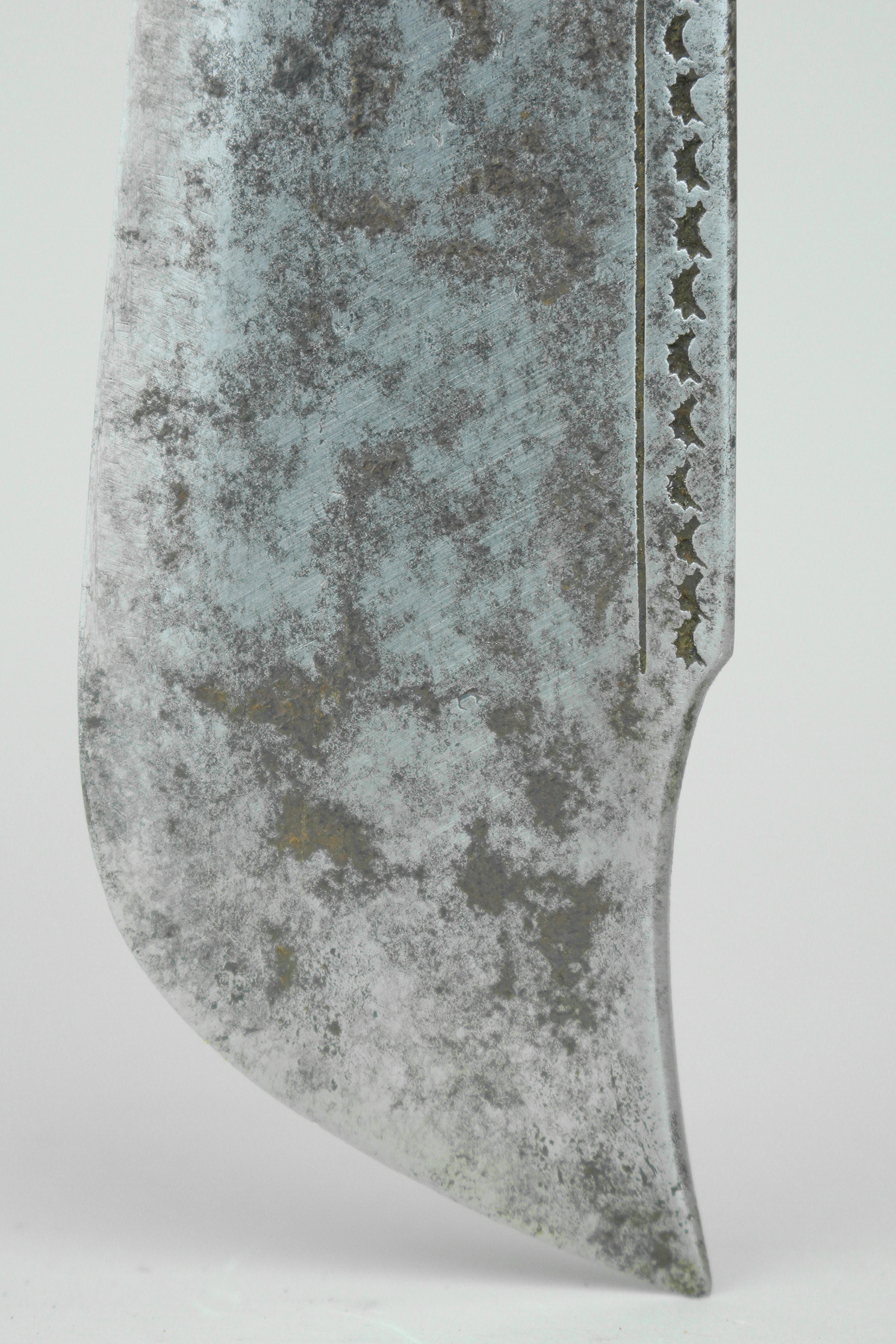 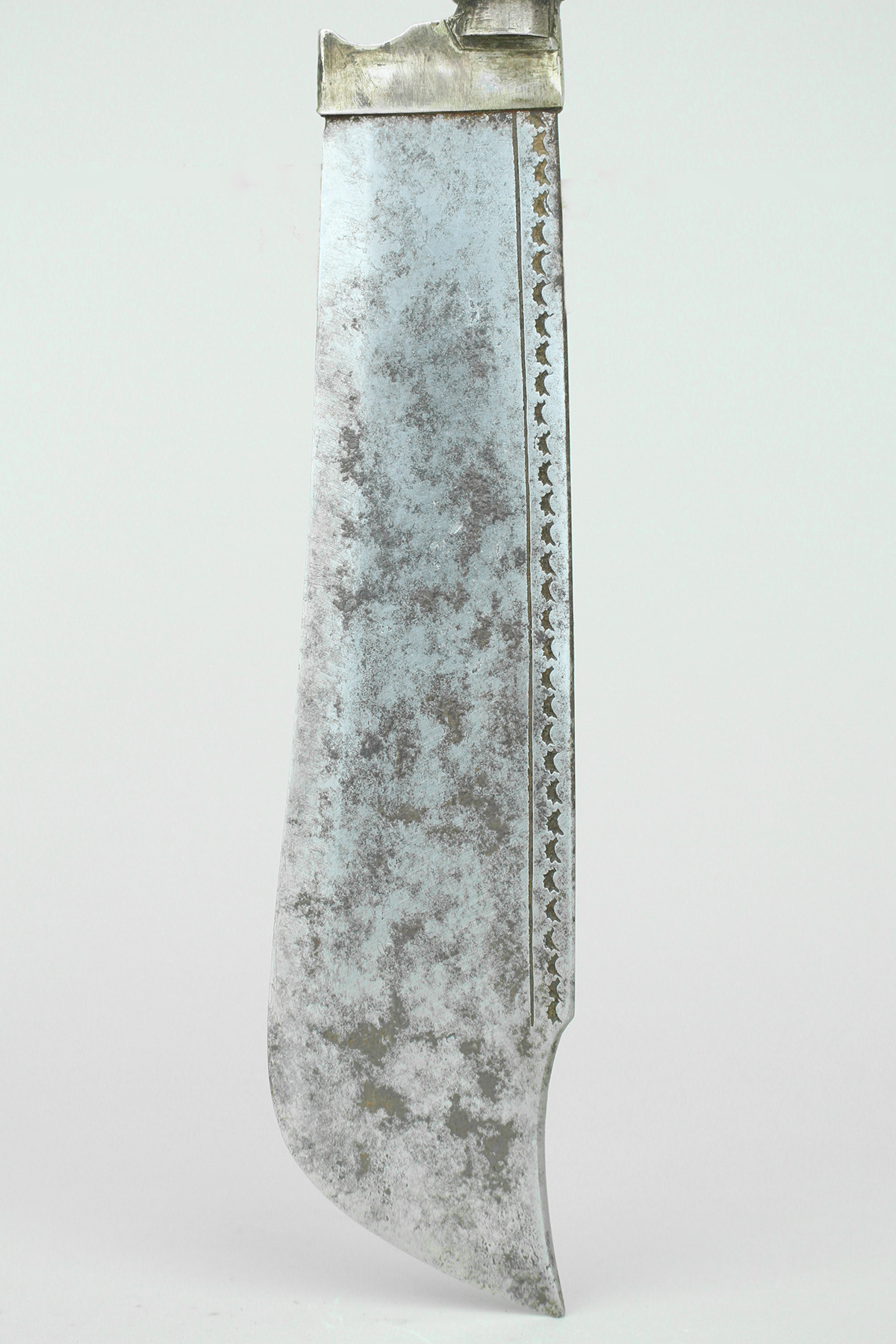 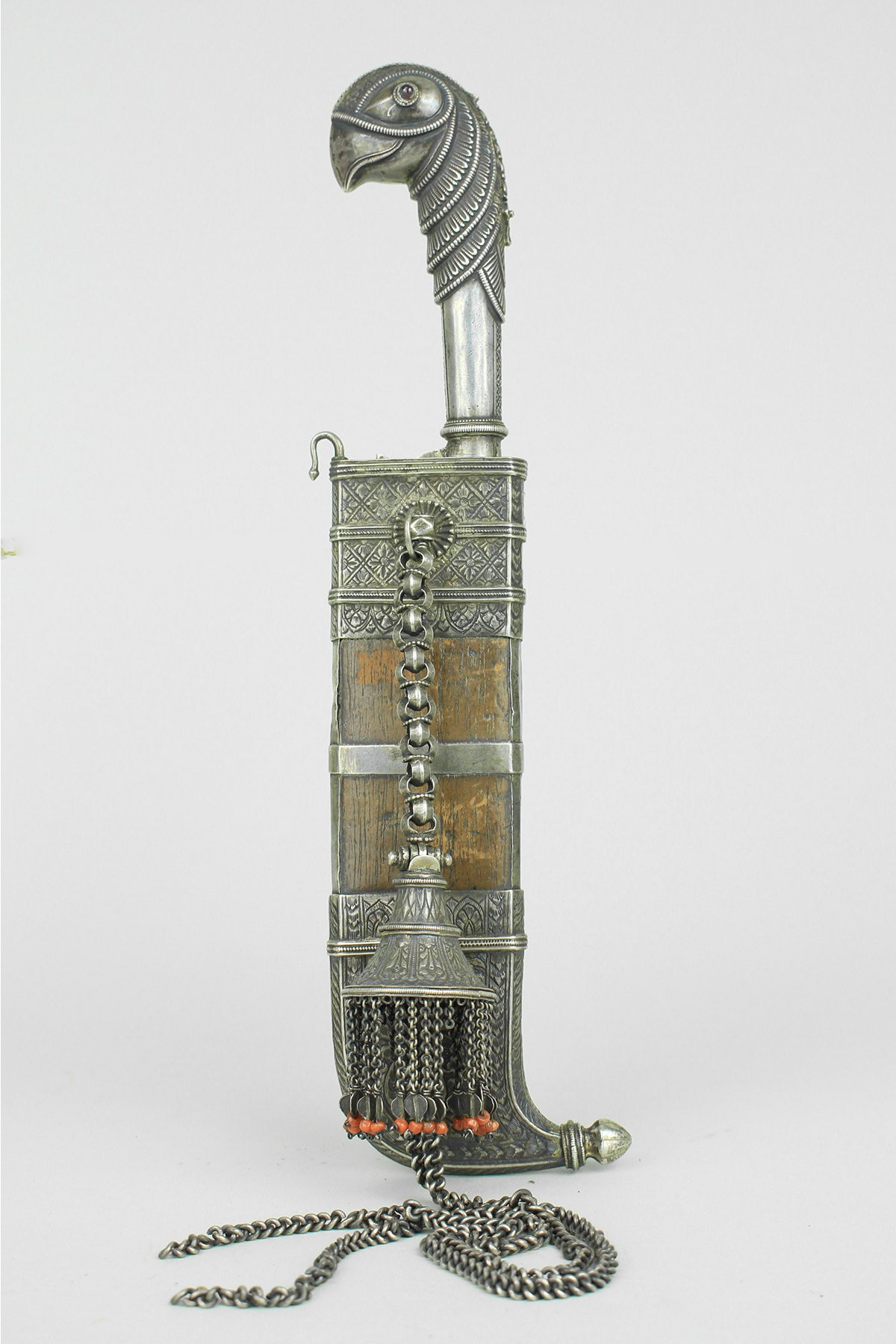 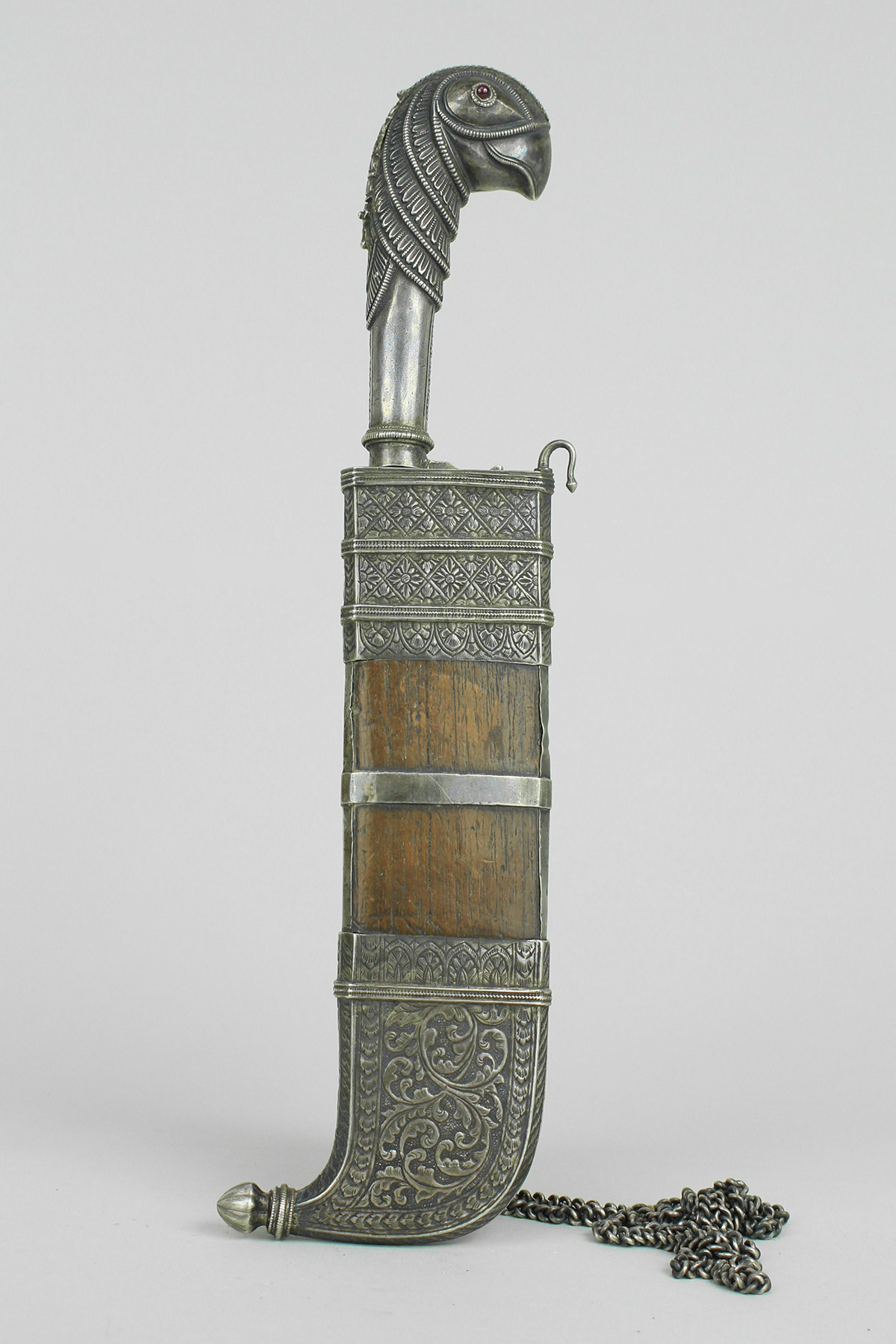 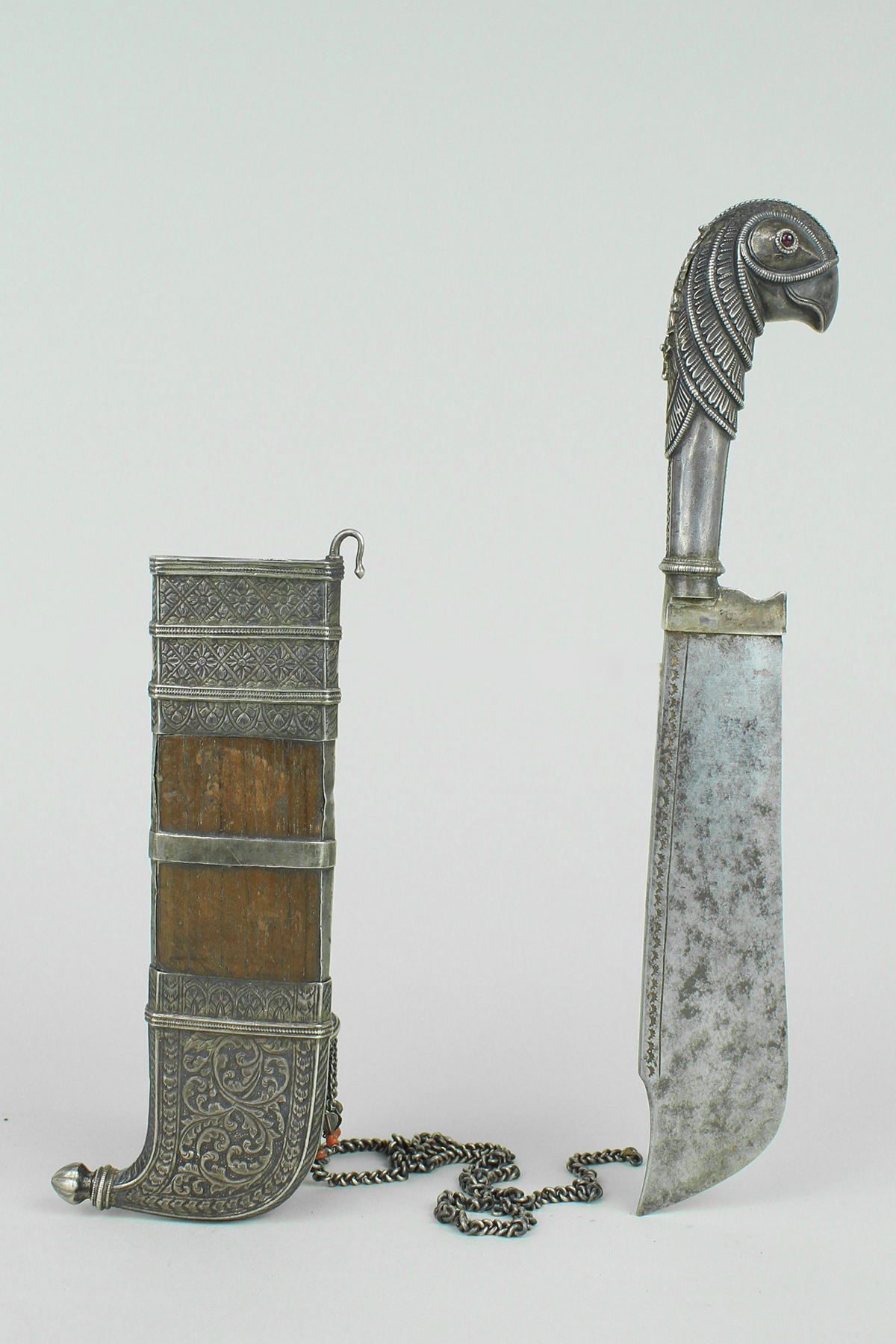 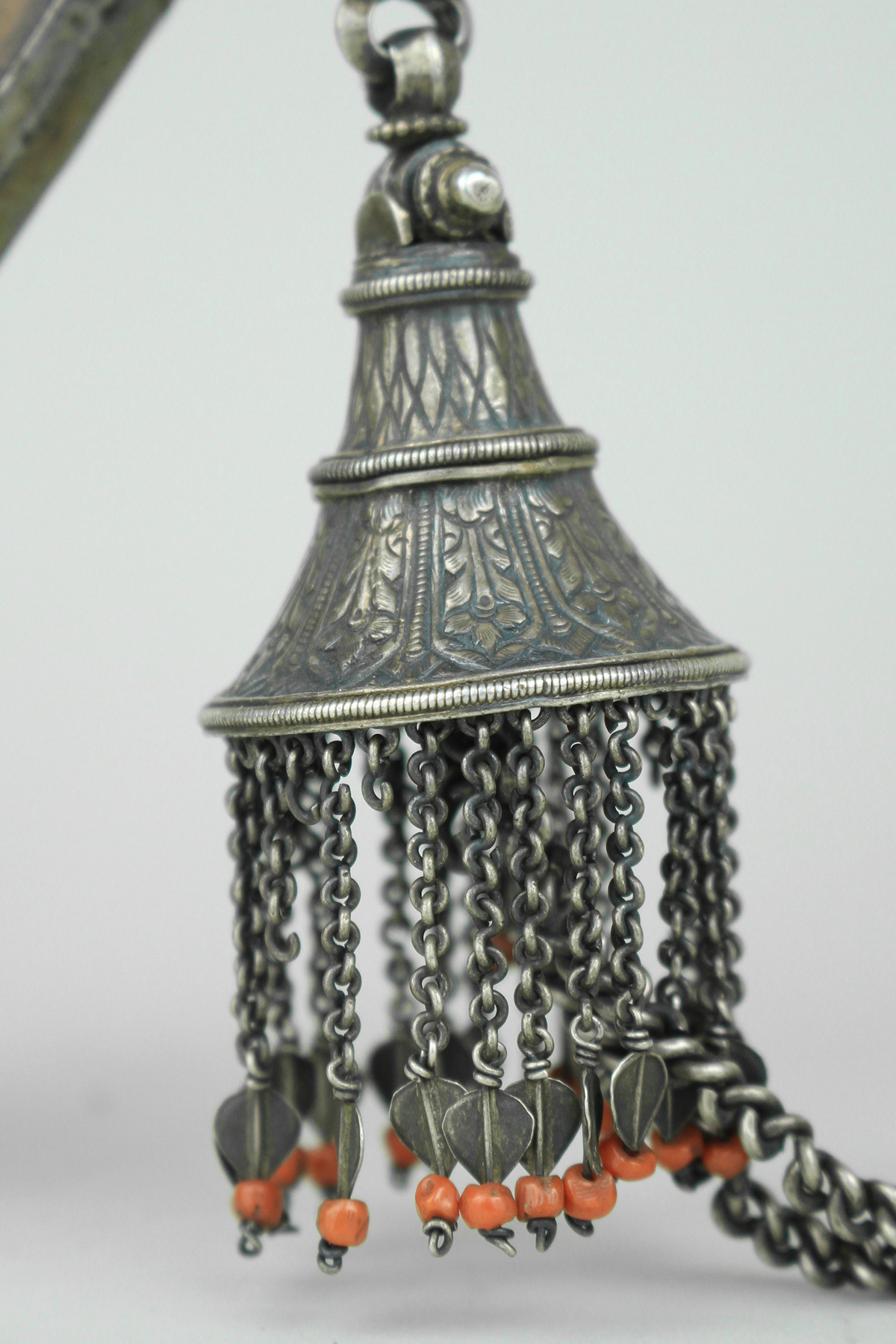 The fine exemplar shown here is of an exceptionally rare form. The silver handle  has a zoomorphic parrot shaped pommel set with red gem stones eyes. The blade is marked along the spine with the “eyelashes” mark of quality. The scabbard with finely chased silver mounts and a short heavy silver chain ending with a bell shaped finial silver chains and small coral beads

For a similar rare form of Pichangatti see: 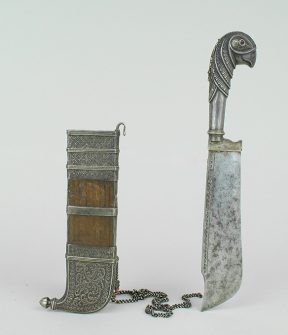 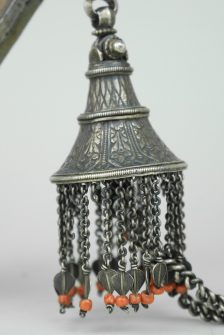 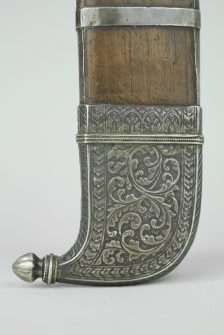 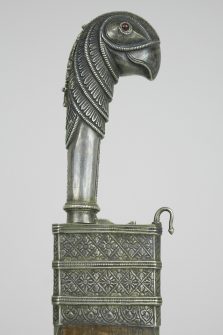 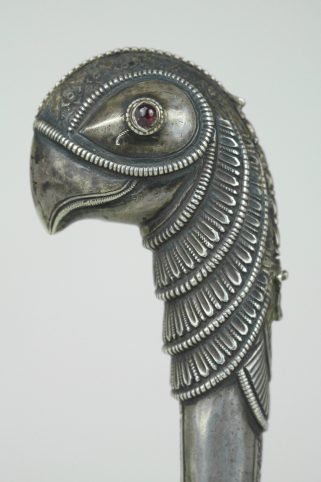 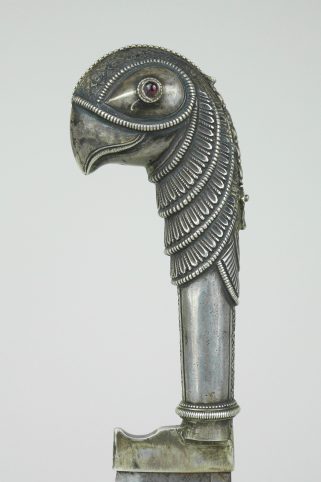 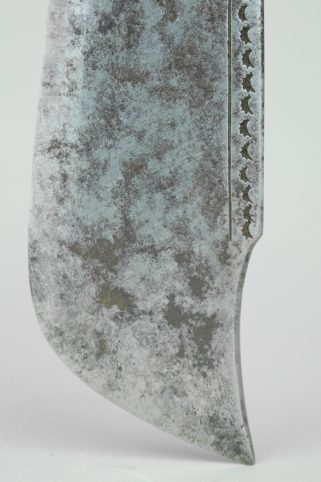 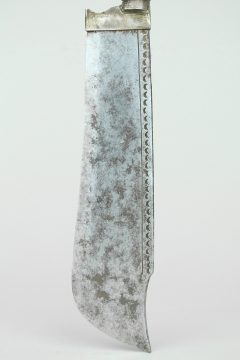 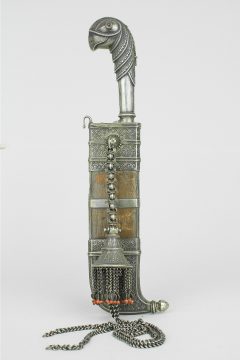 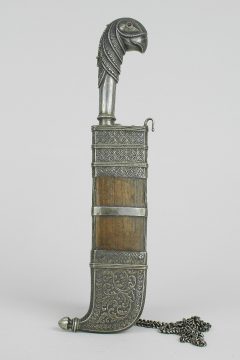 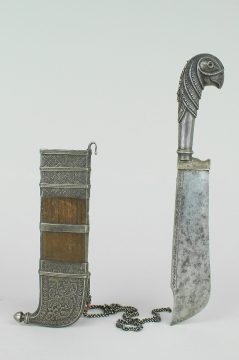 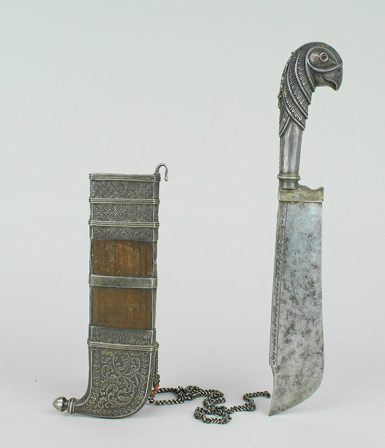