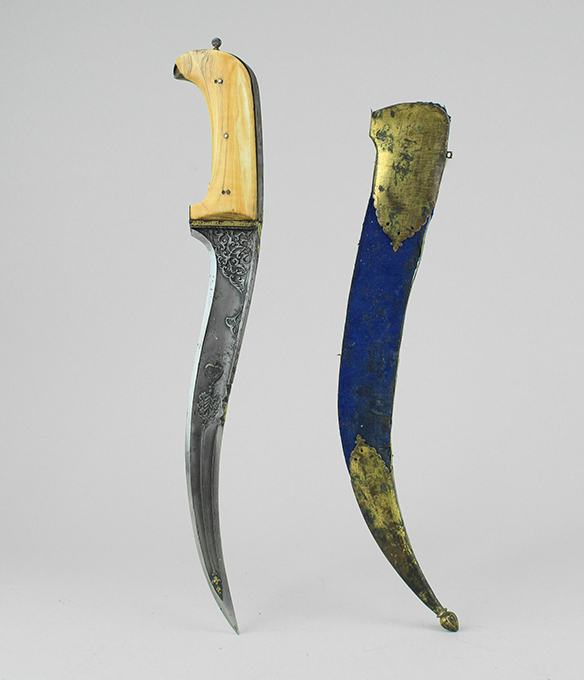 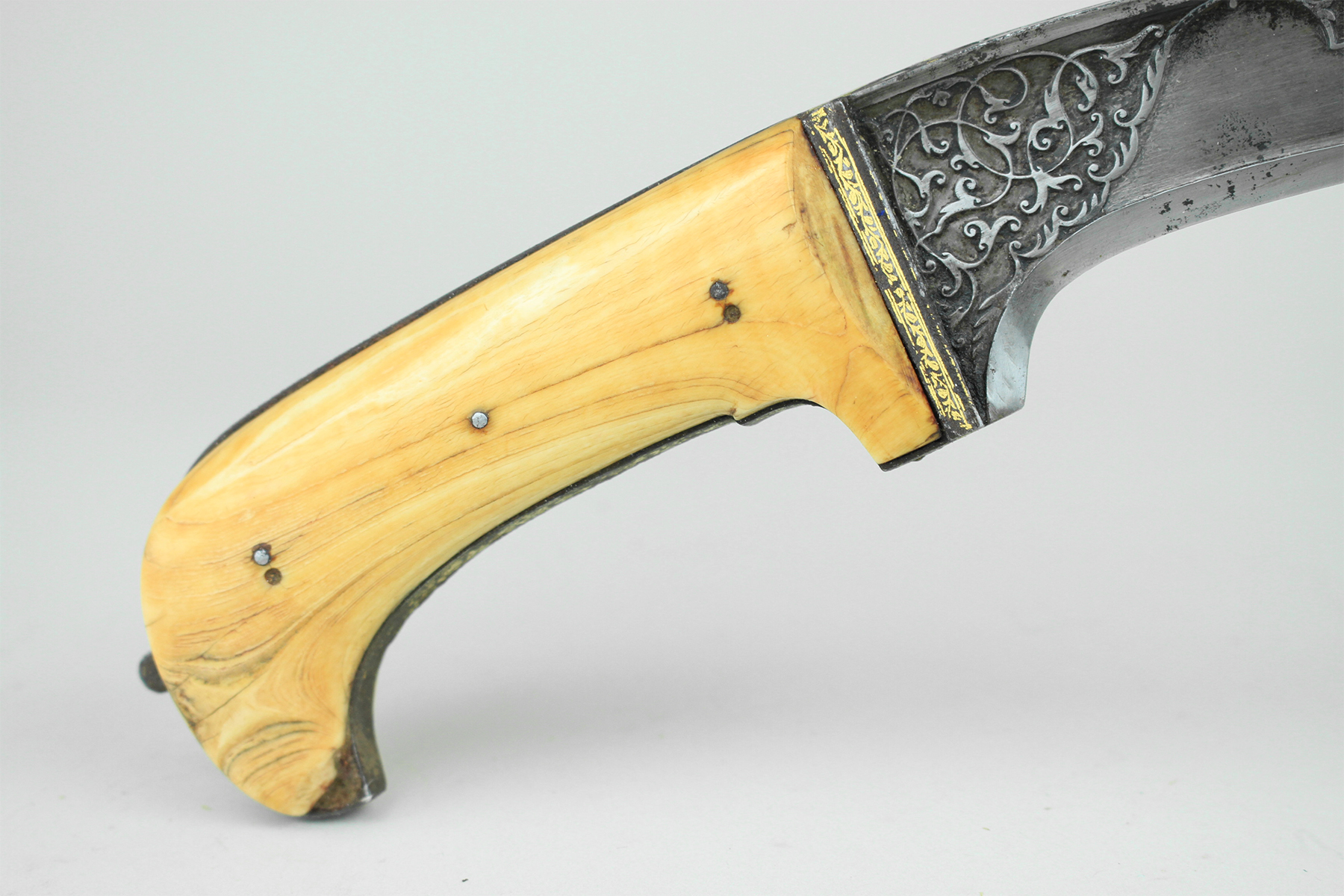 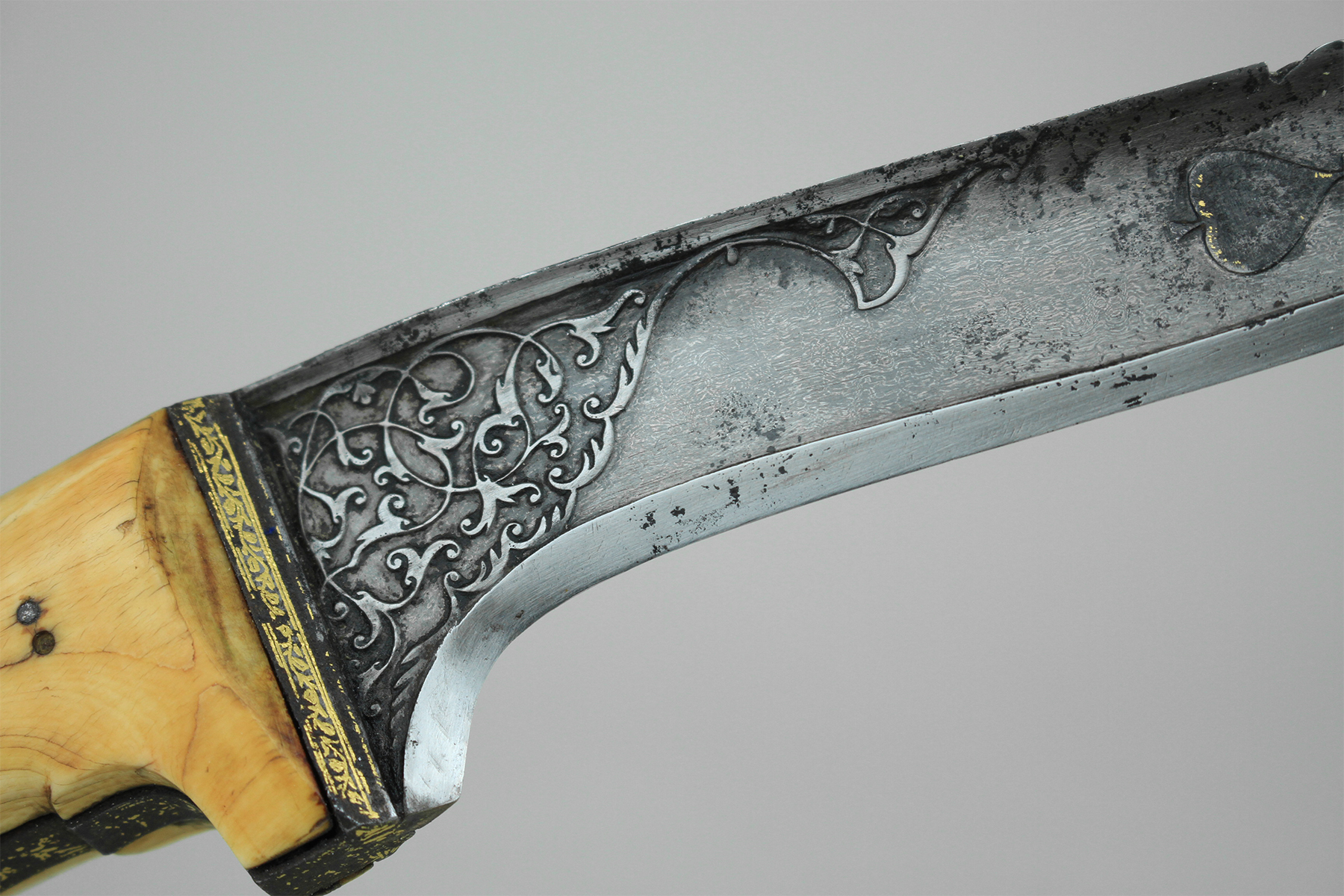 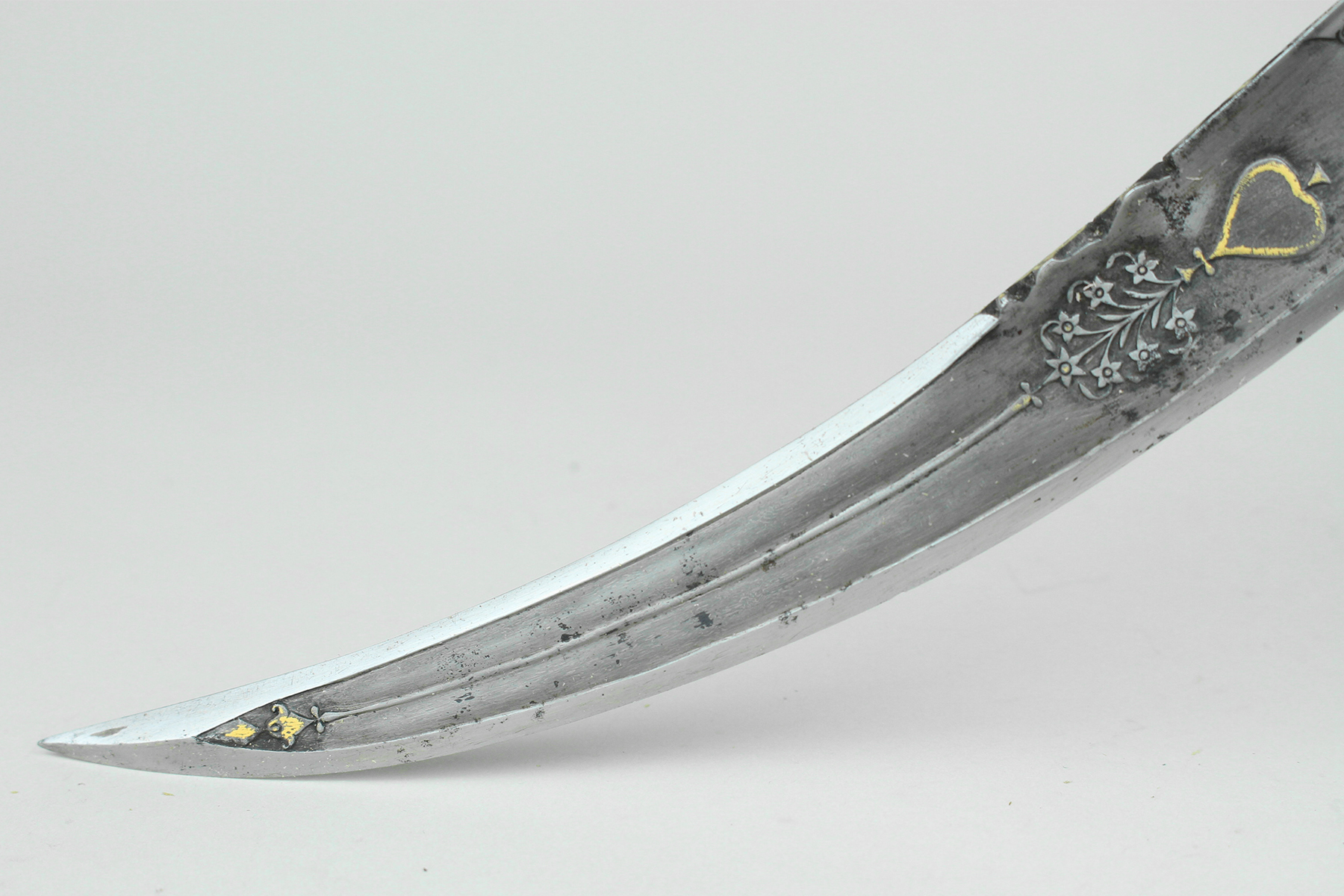 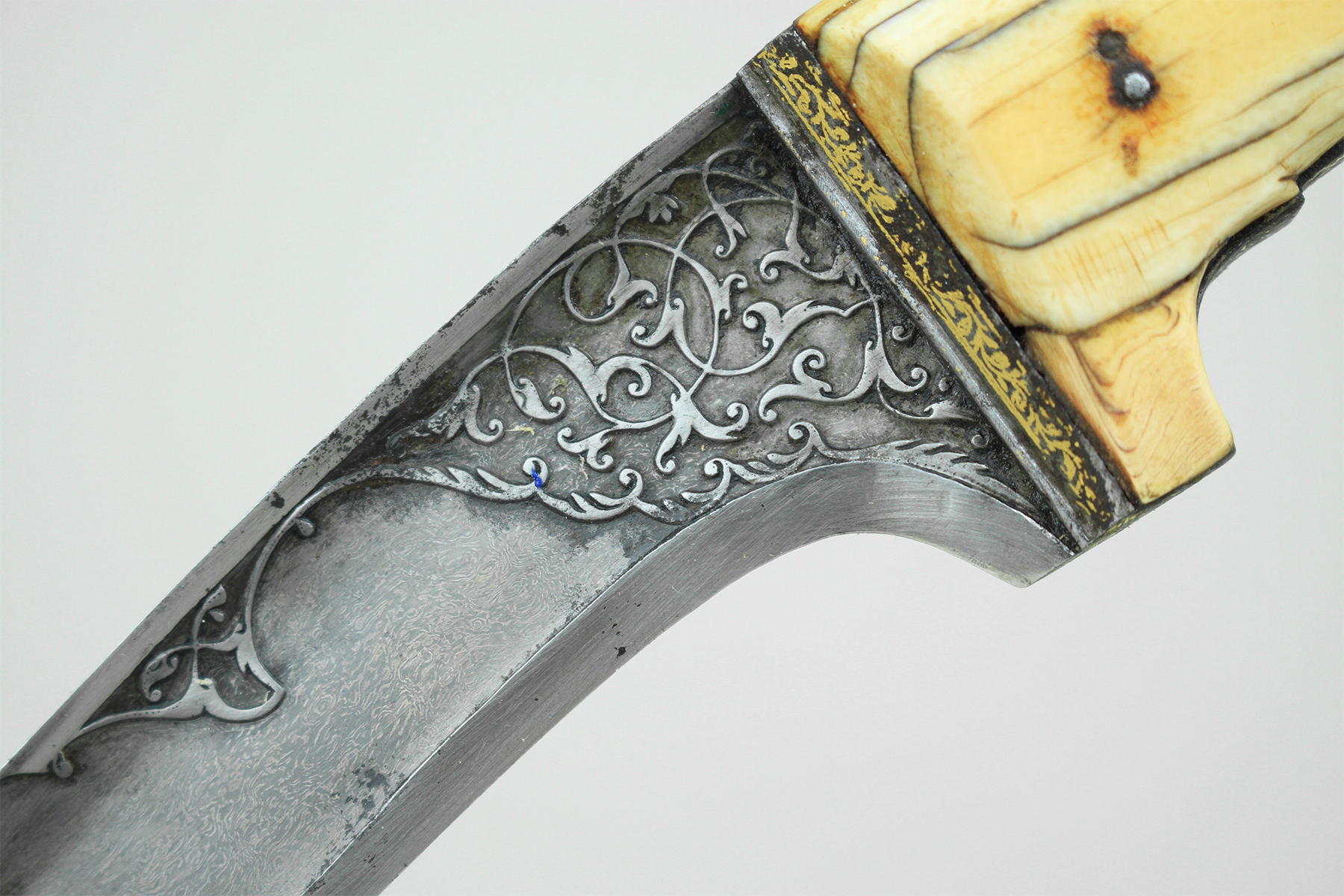 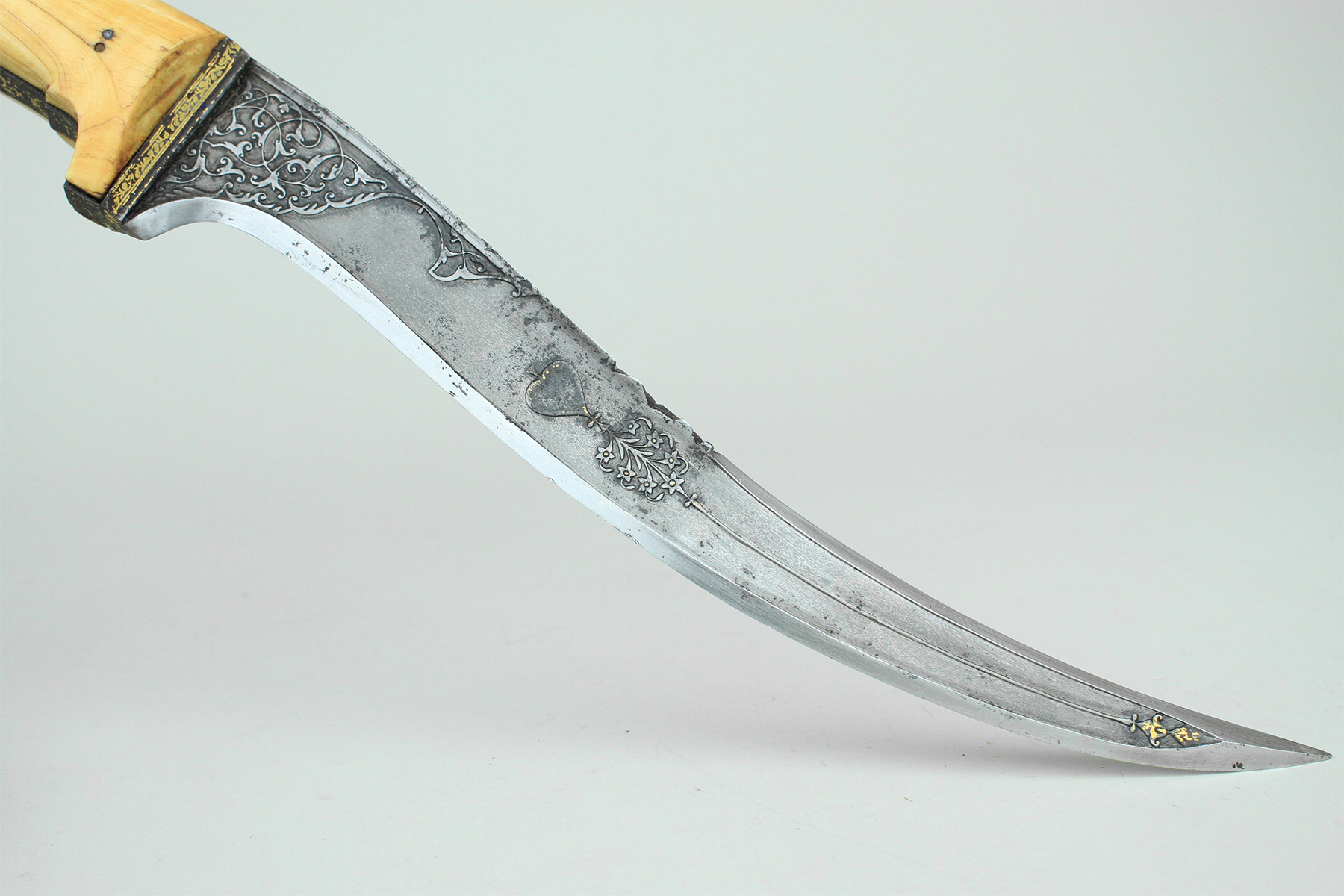 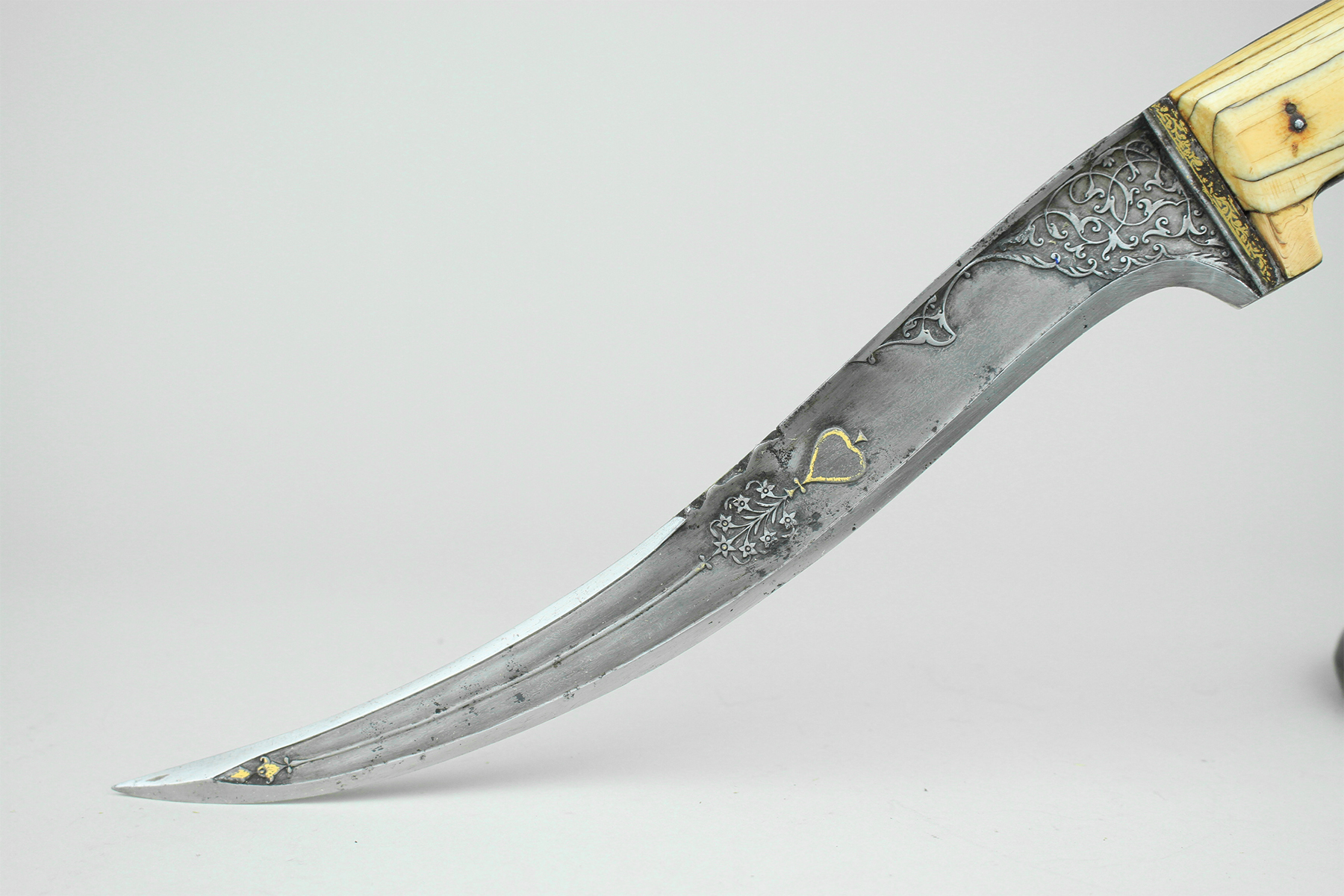 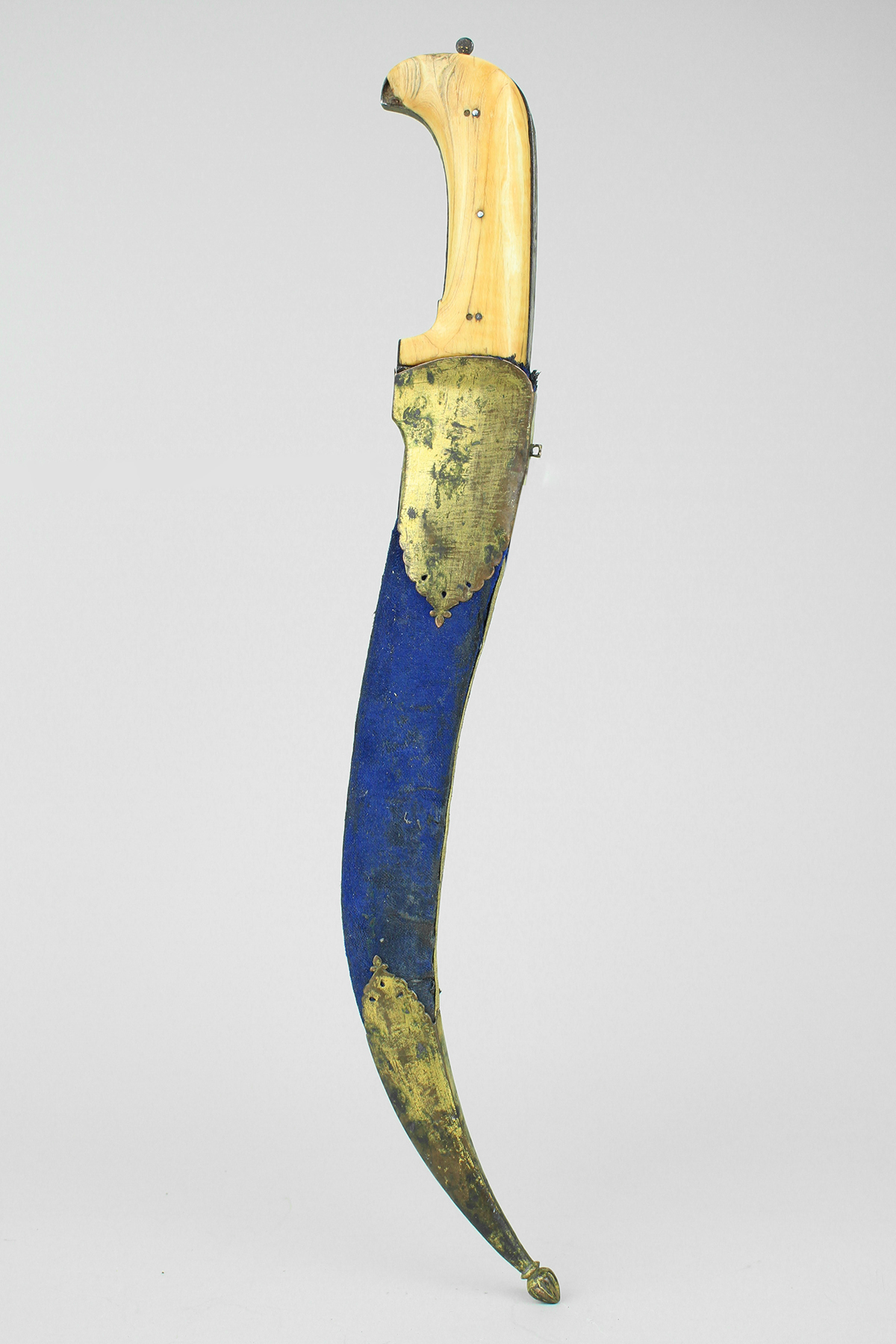 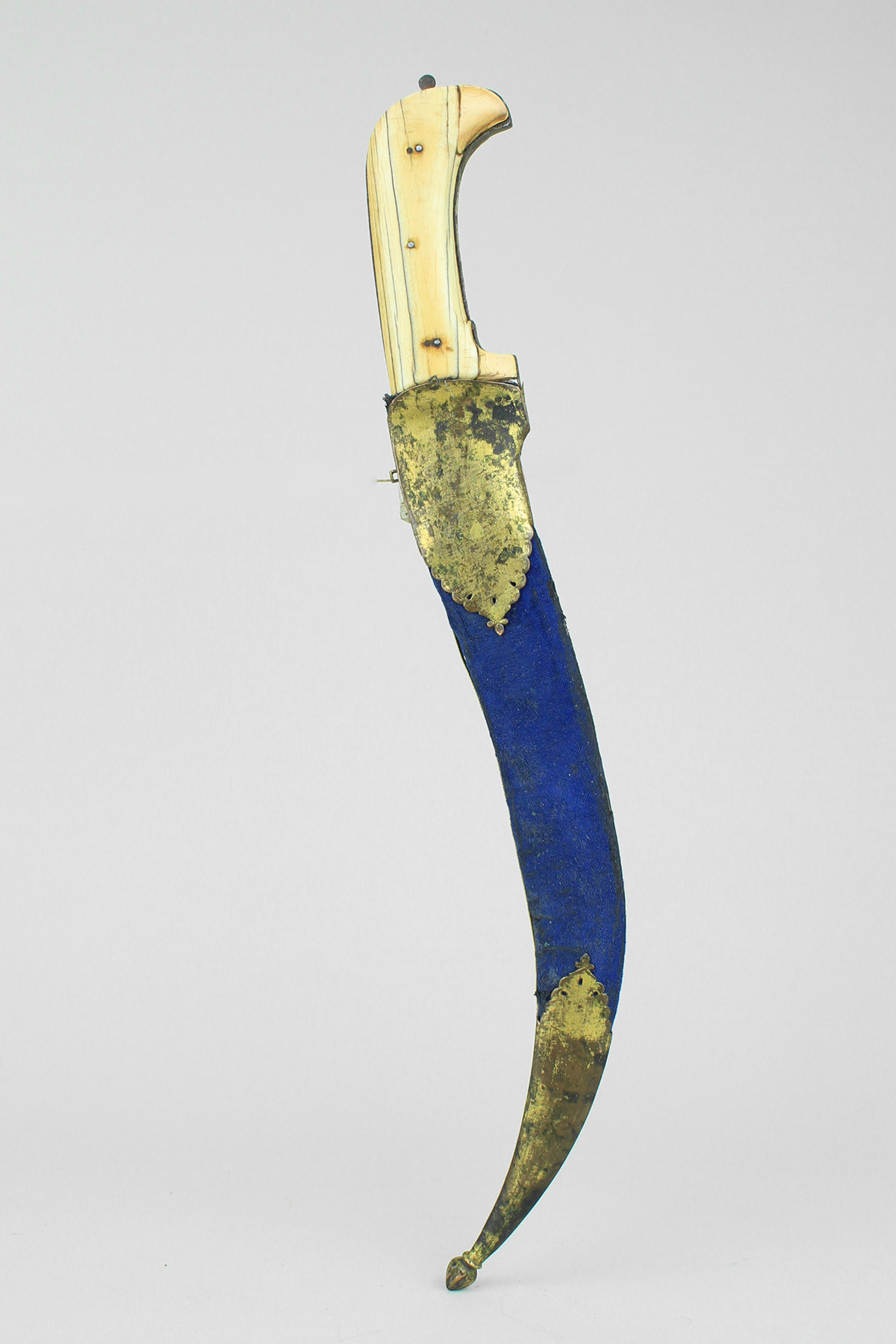 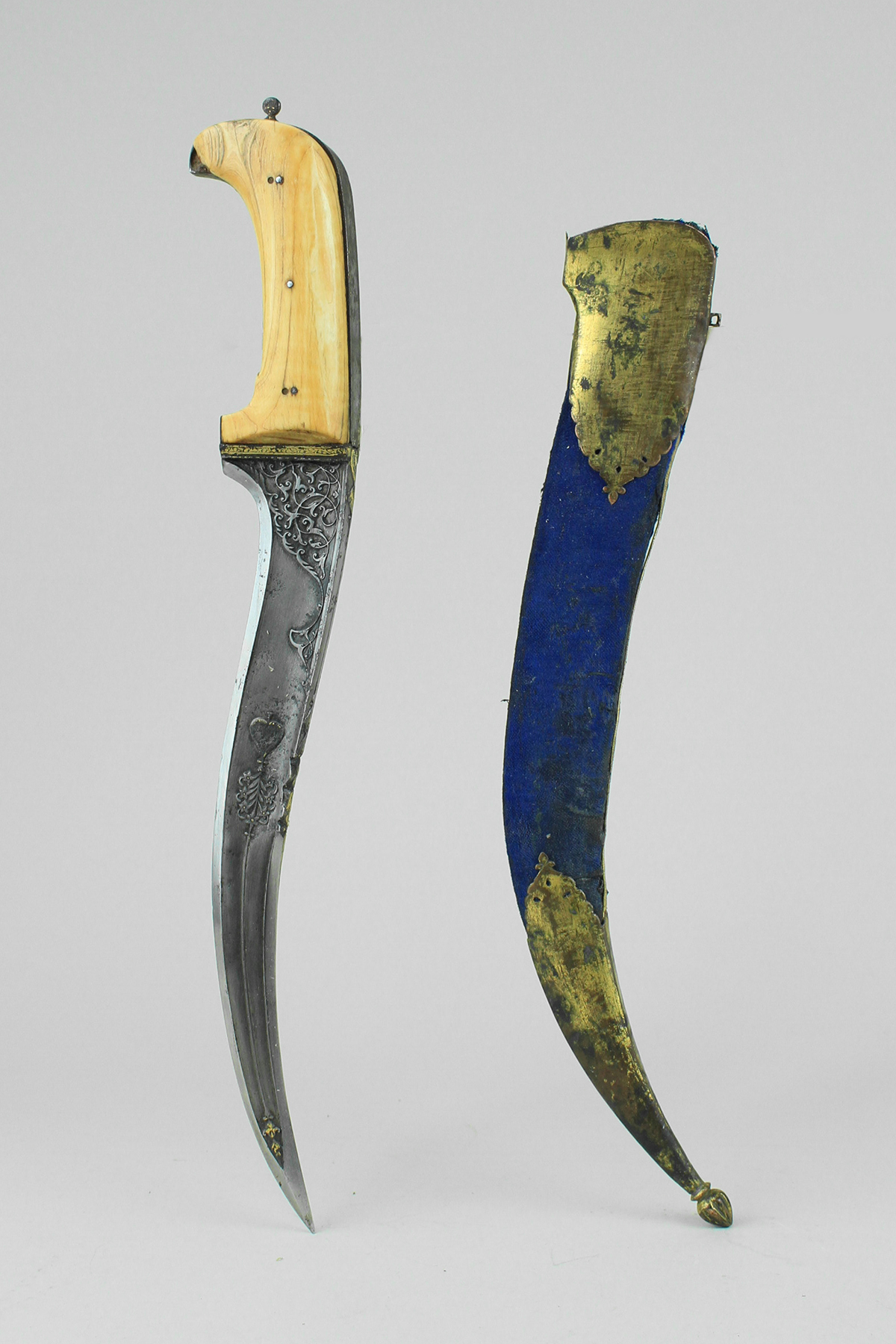 The legendary Pesh-Kabz knife / dagger is believed to originate from Iran in the 17 C. in the Safavid period (1450-1750). It was originally designed as an armor piercing weapon intended to penetrate and break the rings of mail armor. Somewhat later it widespread in Central Asia  and brought by the Moguls to Northern India.

The classical Pesh-Kabz is a single edged knife with heavy re-curving  Full tang blade with a thick T shaped spine. The tang is fitted with two side grips made from Walrus (Mostly in Iran) or Elephant ivory (India) or / and other luxuries materials like rhinoceros horns, precious metals or gem stones.

Iranian and neighboring countries people use a Pesh-Kabz with moderate curved blade and full length T spine. Indian Pesh Kabz are usually of deeper curvature and half length T spine.

The Pesh Kabz dagger offered here is Typical Indian. Blade forged from fine watered steel (wootz) with good  contrast pattern, finely chiseled with floral pattern at the forte and a small chiseled medallion at the center of the blade. Chiseled and filed wide T spine on half length of the blade. Several gold inlaid decorations on the blade. Swollen blade tip. Steel grip strap. Ivory grips attached to the blade tang  with 3 rivets. Scabbard covered with blue velvet and mounted with heavy gilded copper locket and chape. 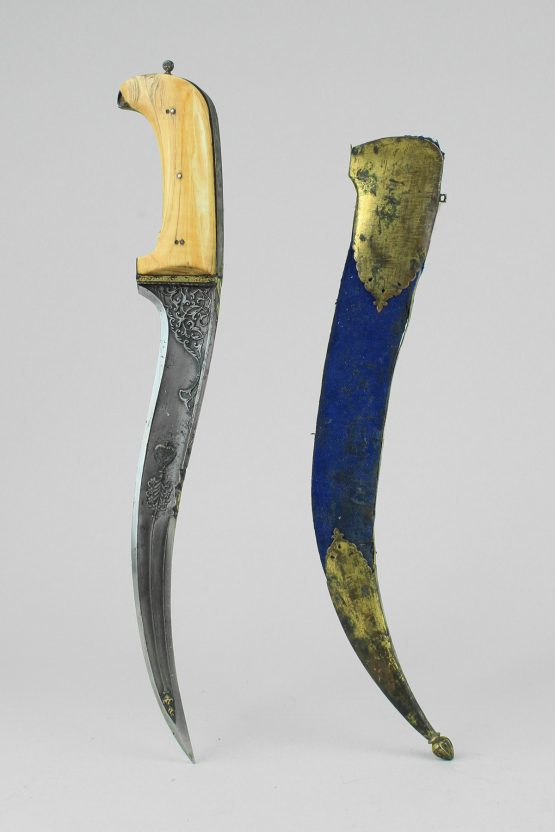 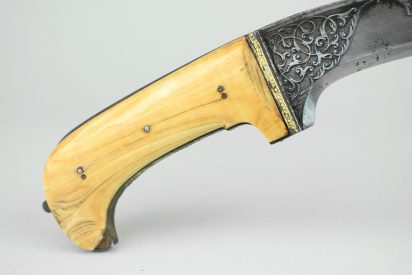 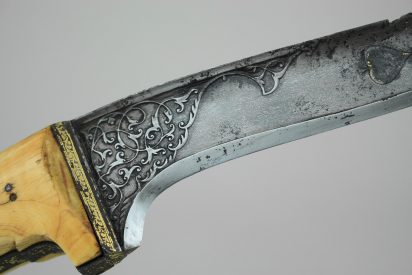 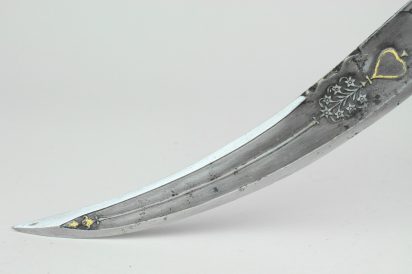 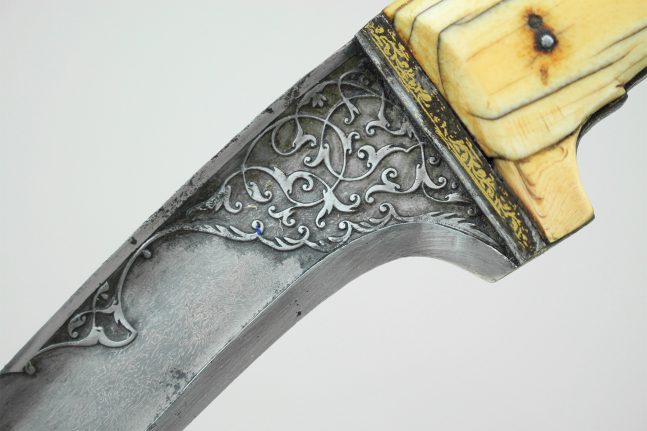 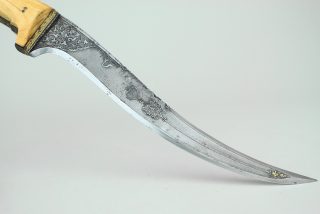 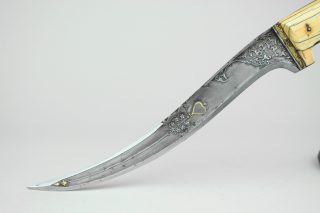 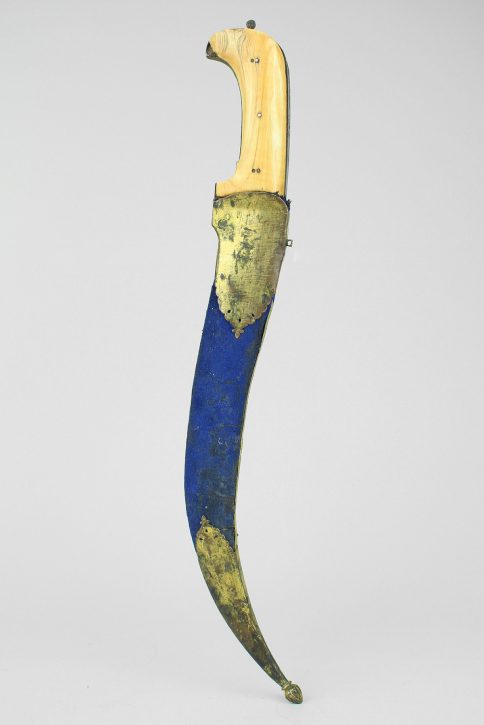 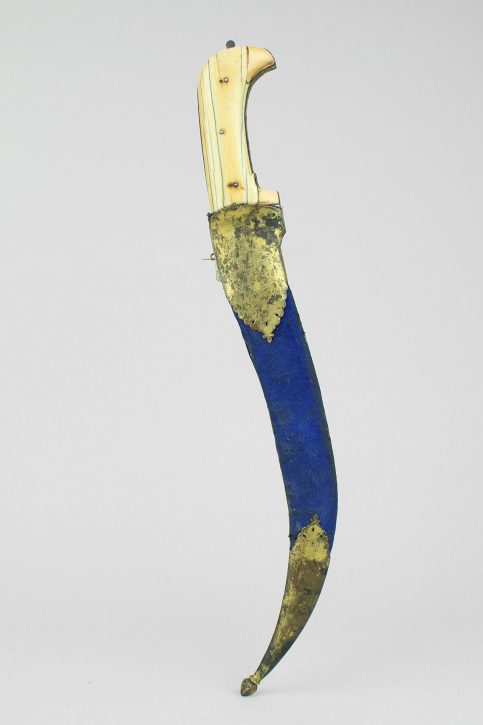 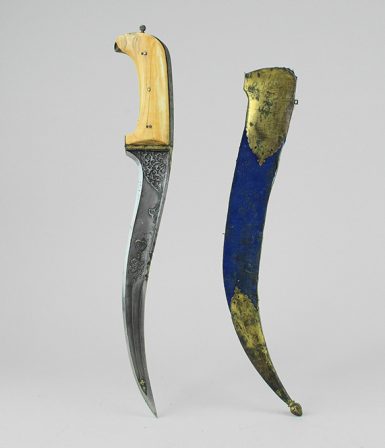