The “PIHA KAHETTA” knife, the traditional knife of the Sinhalese from Sri-Lanka (Ceylon), basically not changed in the recent centuries. It comes in variety of dimensions, materials and quality. Heavy down curving blade, specifically on the earlier ones but not necessarily very functional, a fact that indicate its mostly ceremonial nature. Later ones show a better design for practical use.

The Piha Kahetta exhibited here is a very early exemplar, early 17C. or may be earlier. Classical early blade, turned ivory grip and an engraved silver button on the pommel.

Blade 7 1/2 inches. Total length 11 inches. Good condition to age. heavy patina on the steel blade, but no pitting or corrosion. Deep orange color on the ivory grip which indicate its age. Simple but early and impressive knife 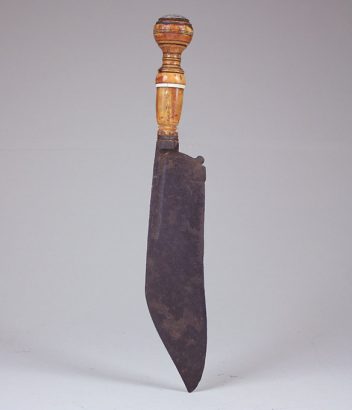 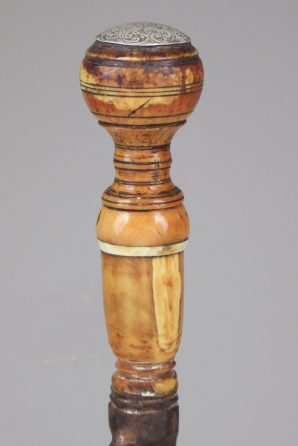 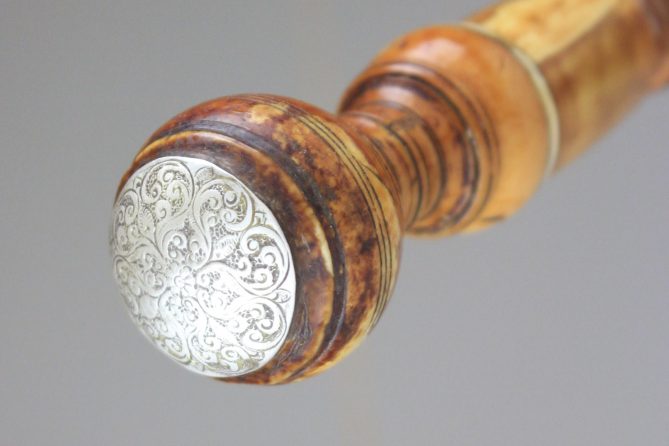 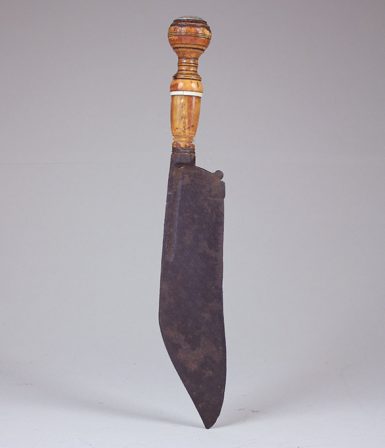