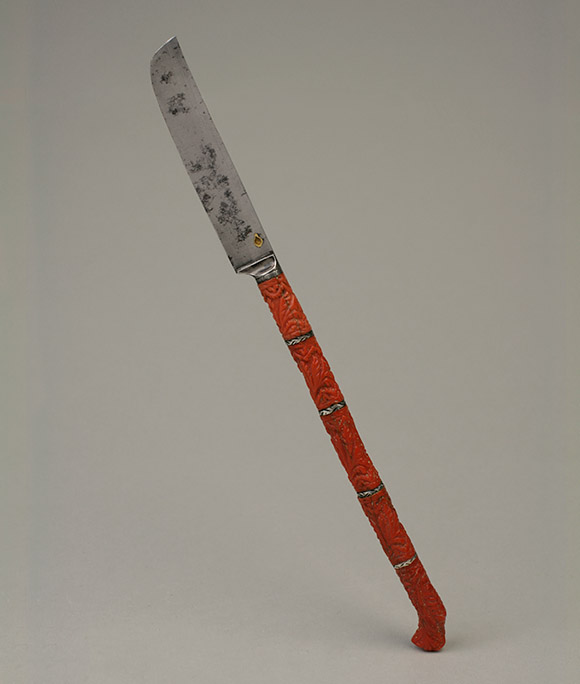 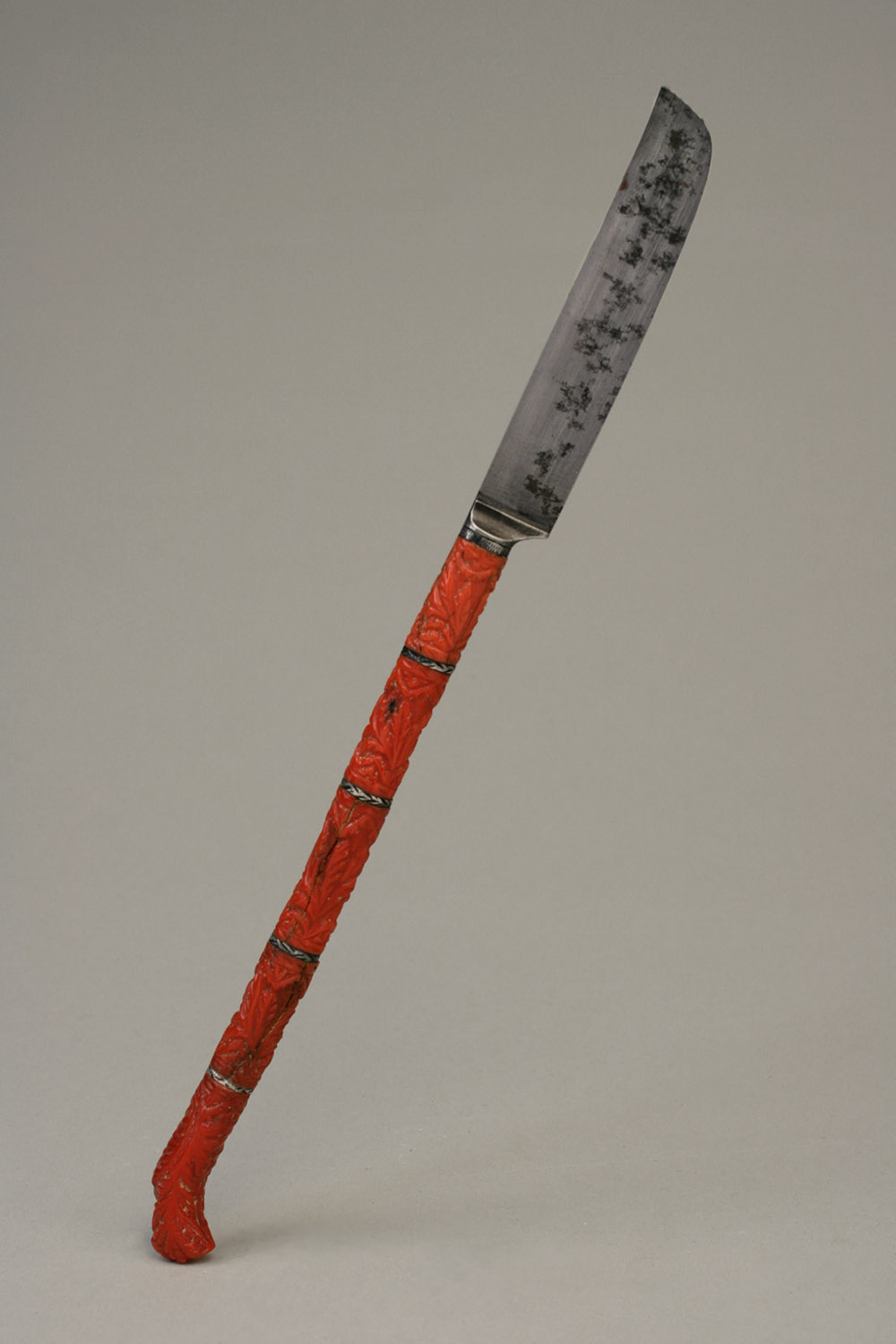 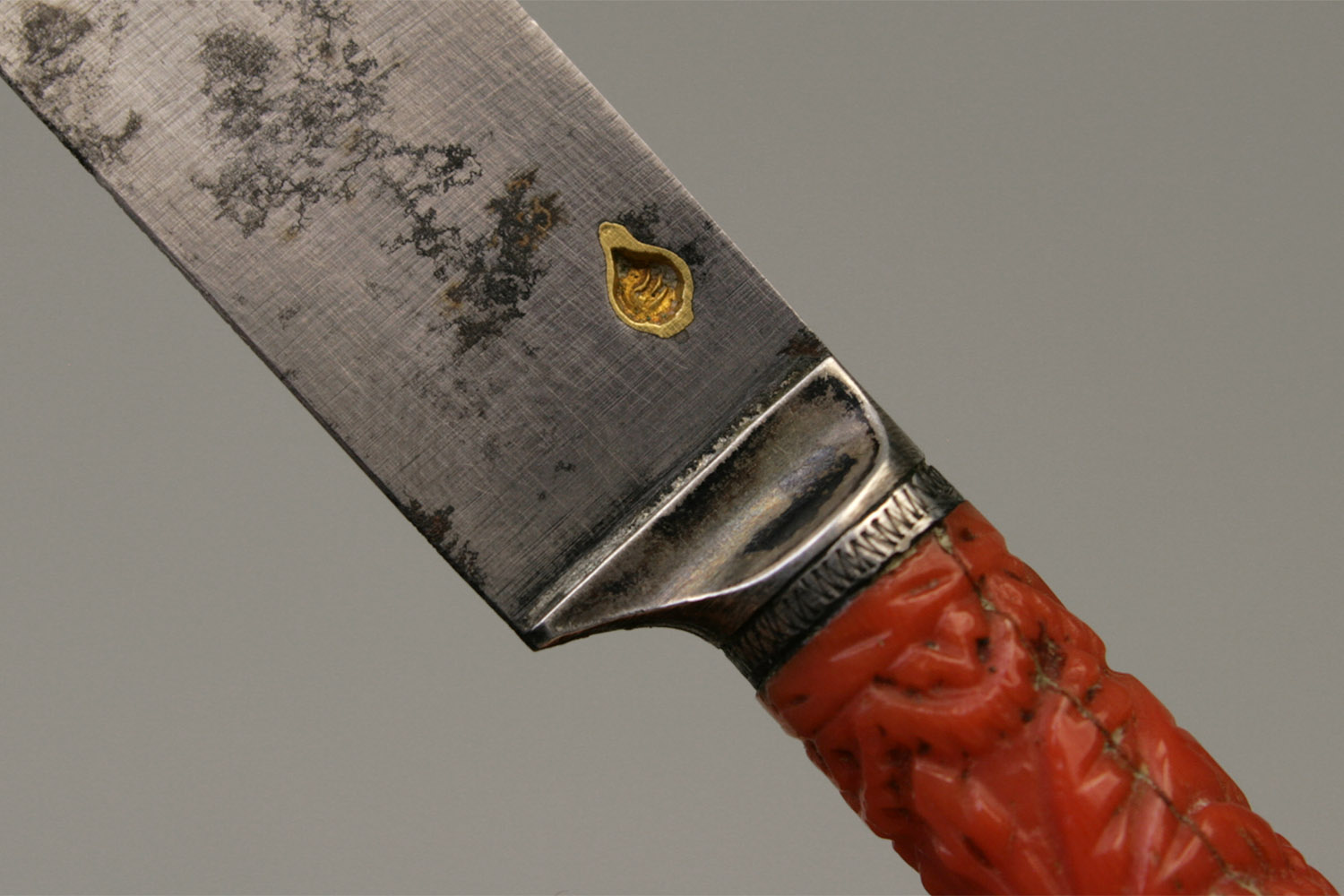 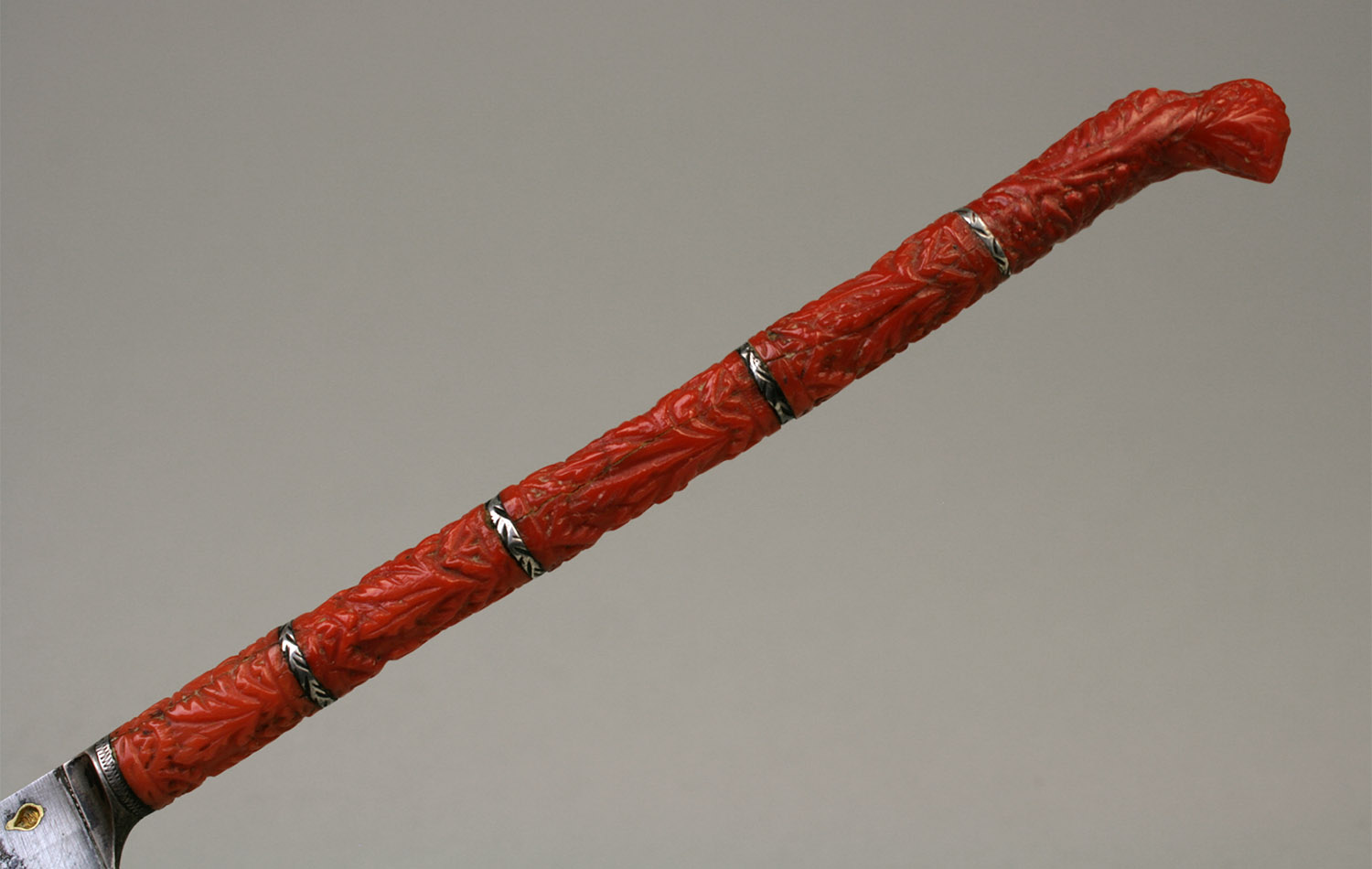 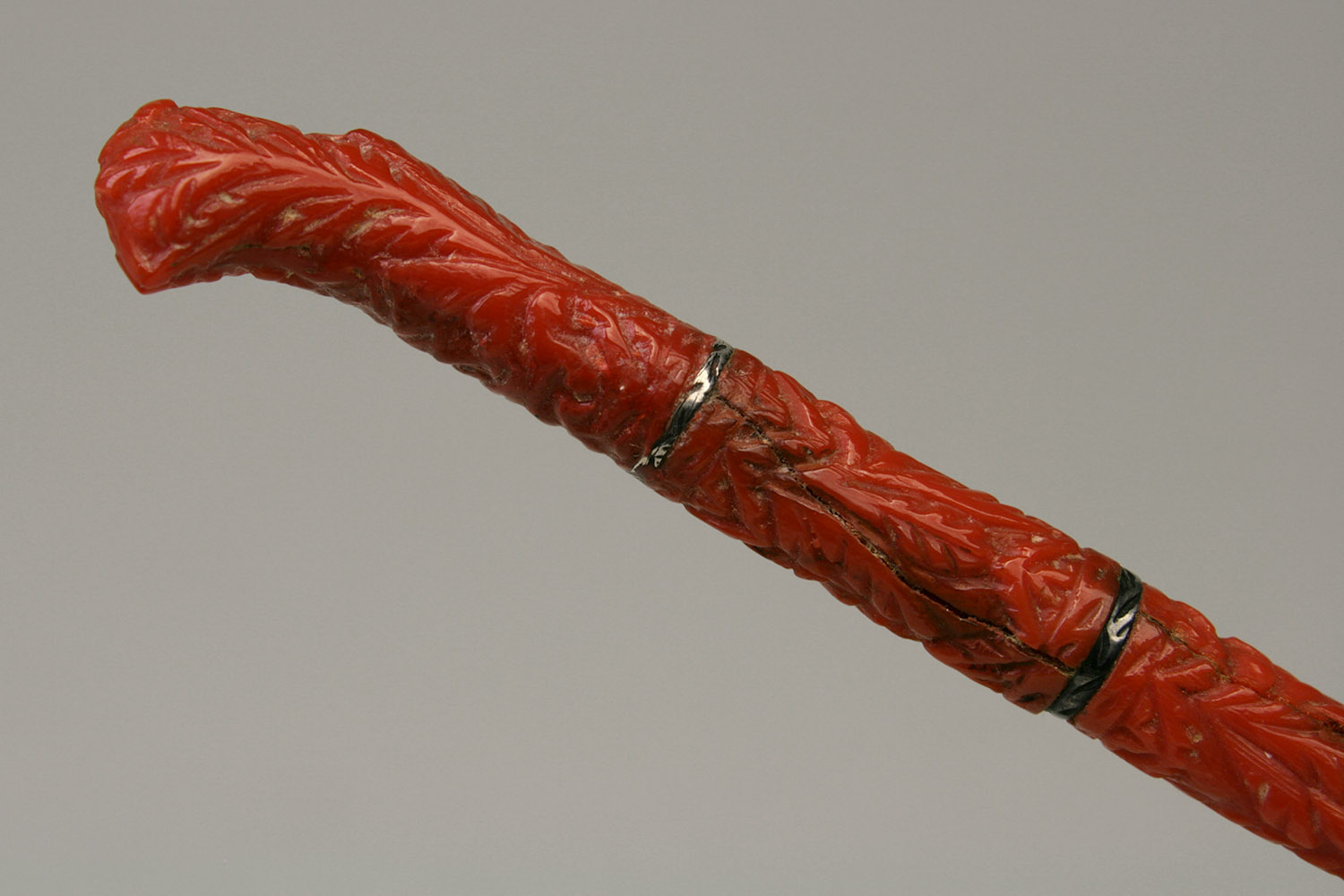 Calligraphy is the most highly regarded and most fundamental element of Islamic art and almost the earliest one. Rulers of the Islamic dynasties  were fascinated  by the art of calligraphy and patronised it through the centuries. The calligraphy was so important in Islamic world  that also the tools used by the artist became  work of art by there own.

An example such rare tool is fine pen knife used to cut and sharpen the reed pens and nail tips, to cut paper and perform similar works in the Calligraphic industry. 18th century. Razor shaped blade with gold signature.Very fine long handle made from five sectors of red coral with silver bands, and very finely carved with floral design decoration.

These types of knives were widely used in the eastern world and extensively all over the Ottoman empire.

Old crack on one of the coral handle sectors. 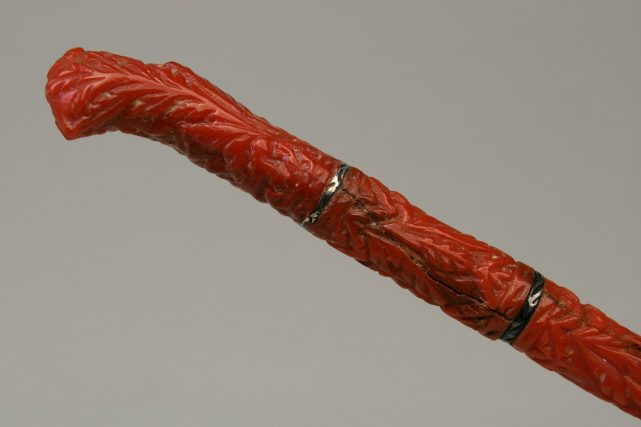 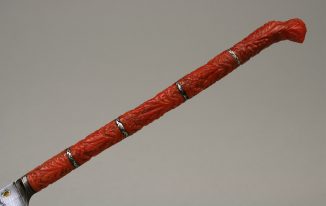 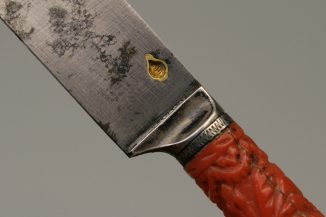 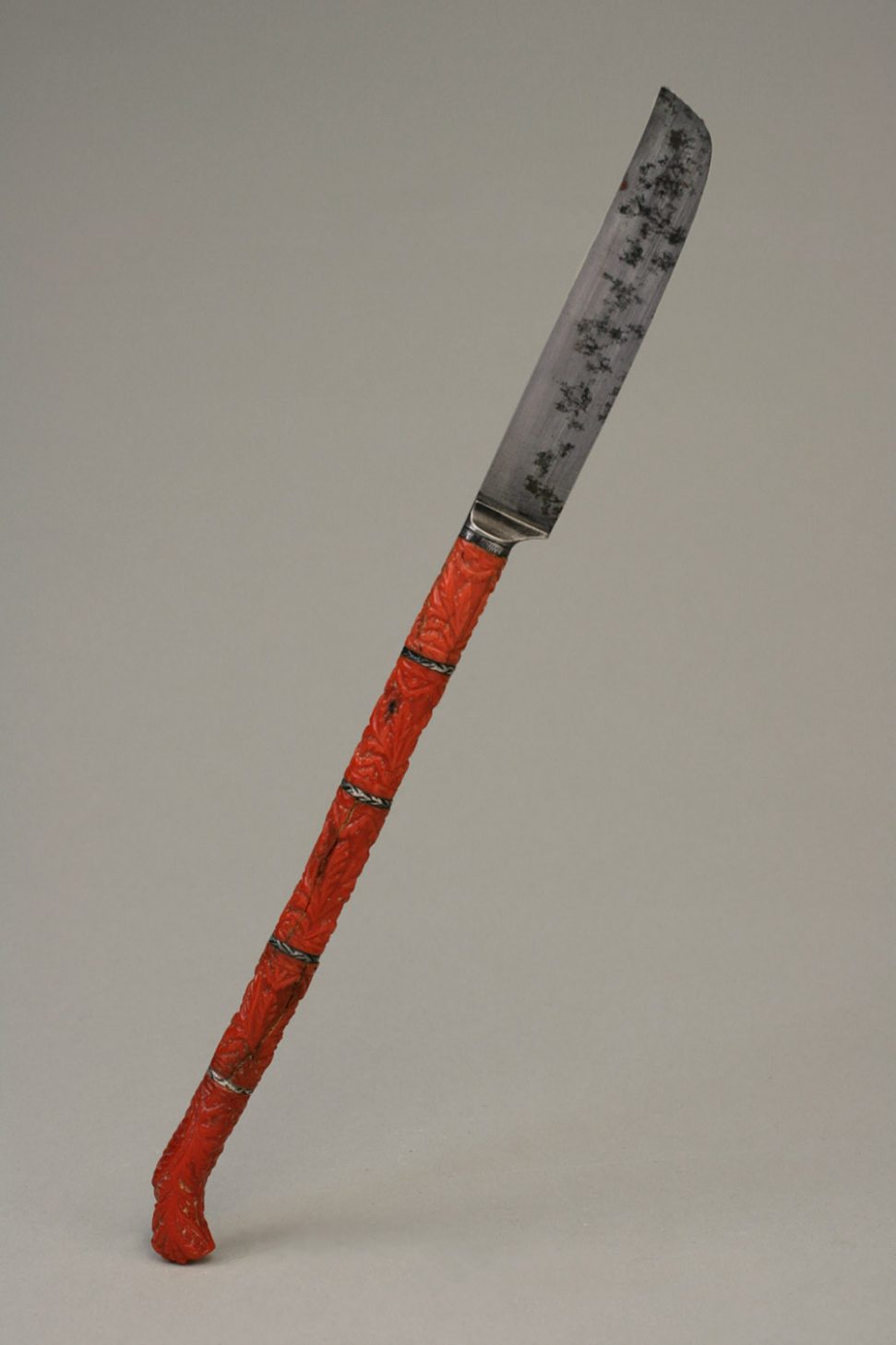 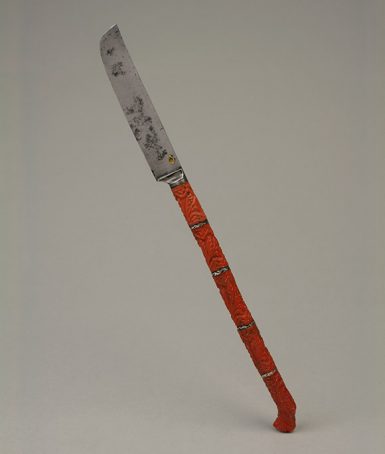