Throwing Knife of the Banda 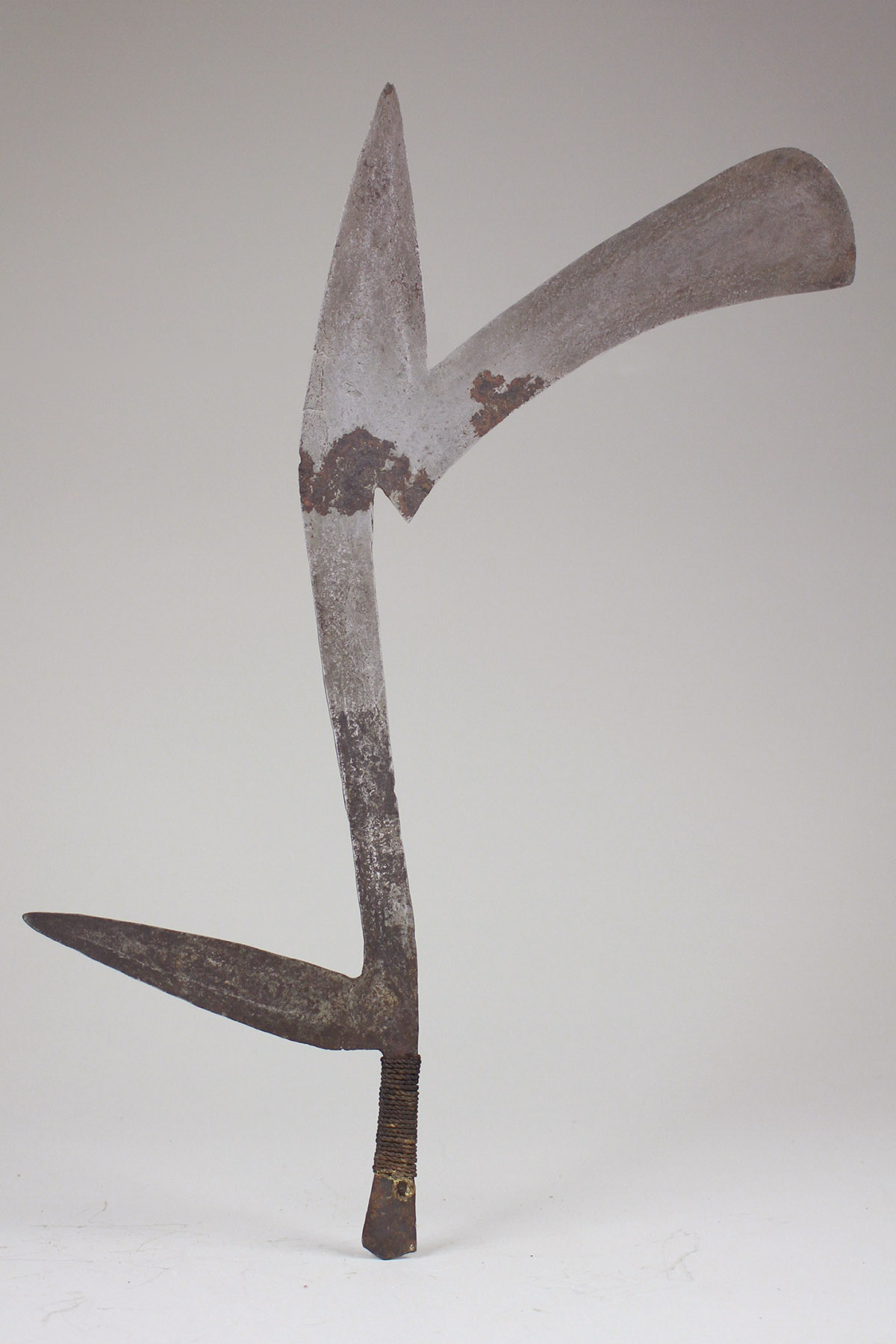 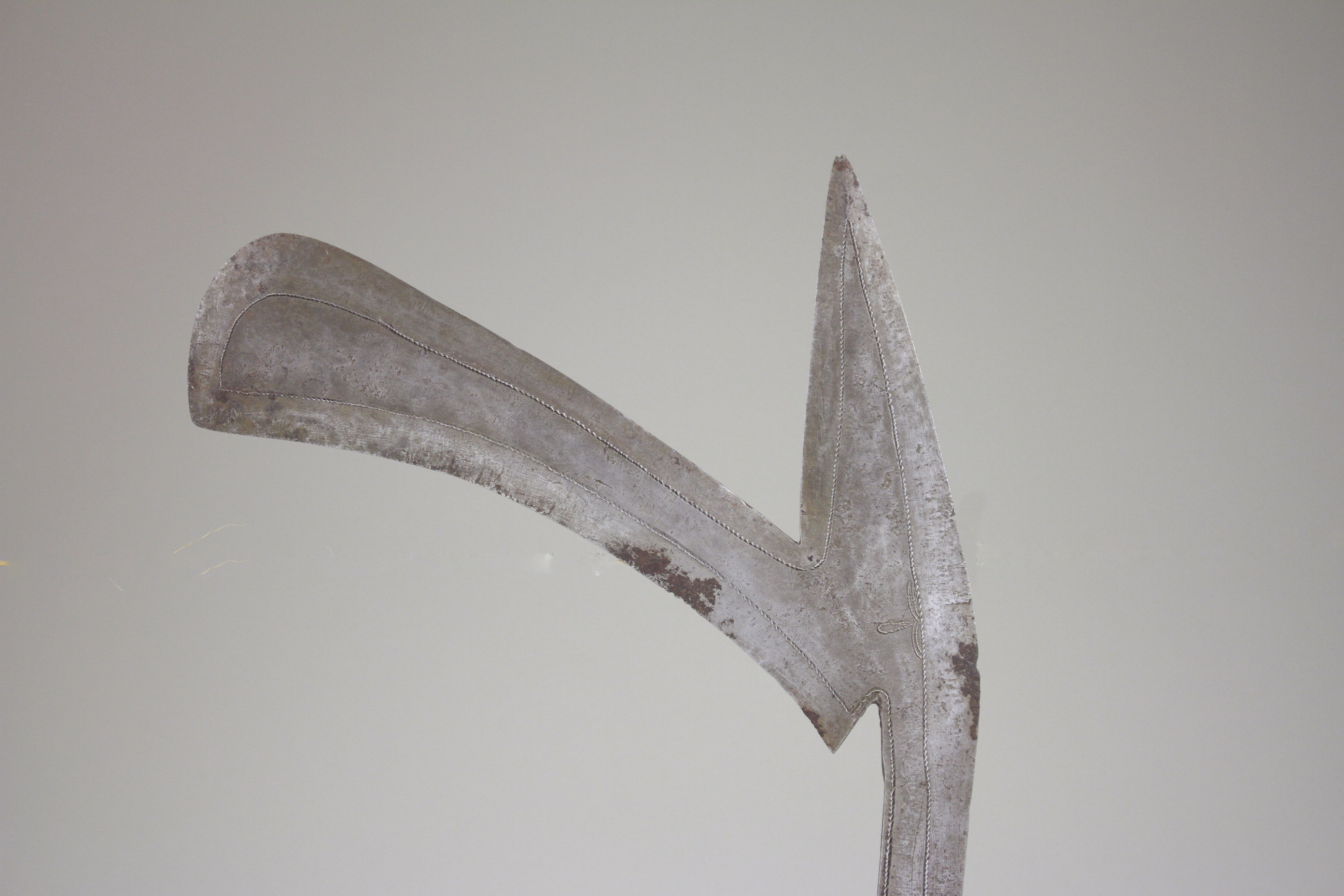 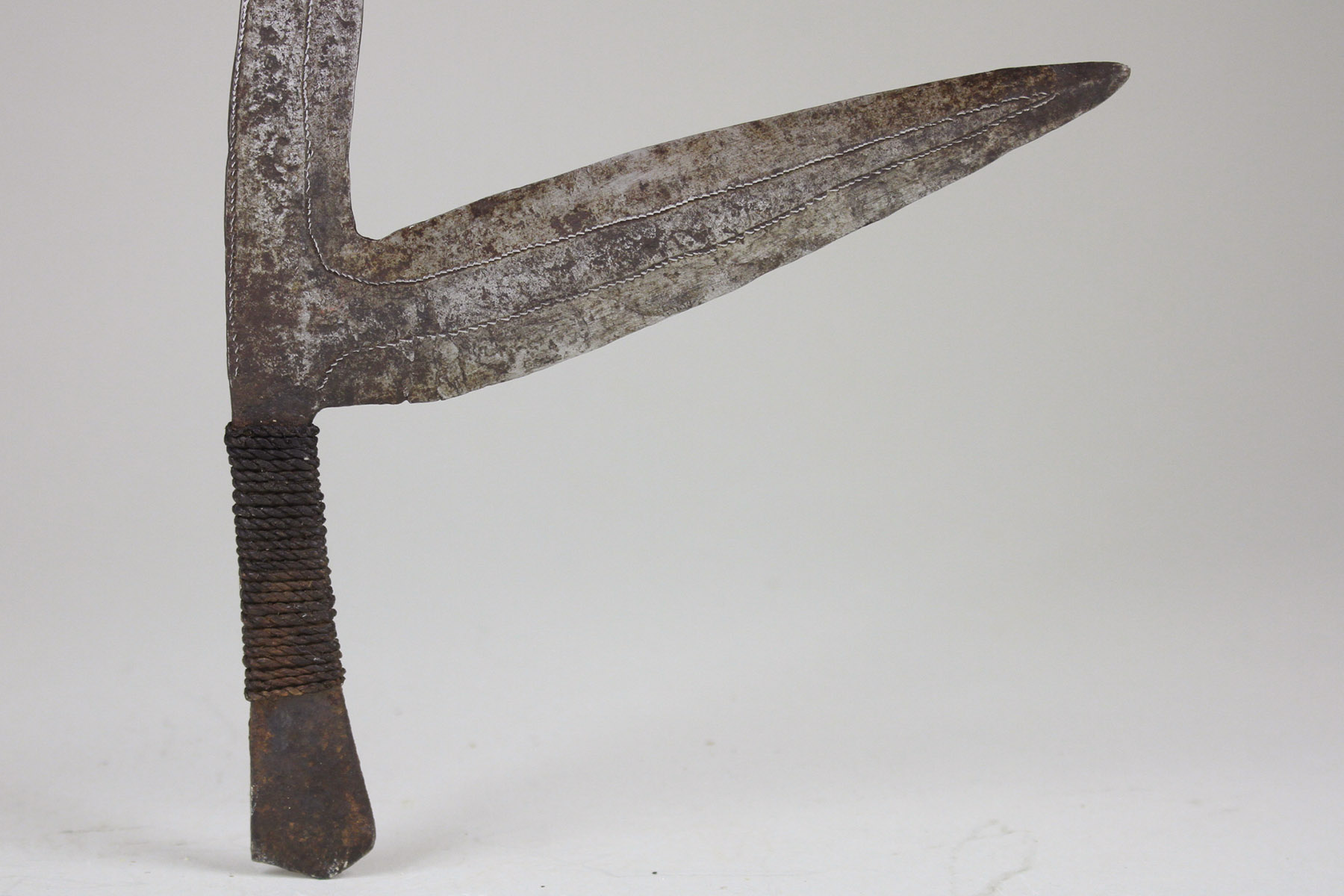 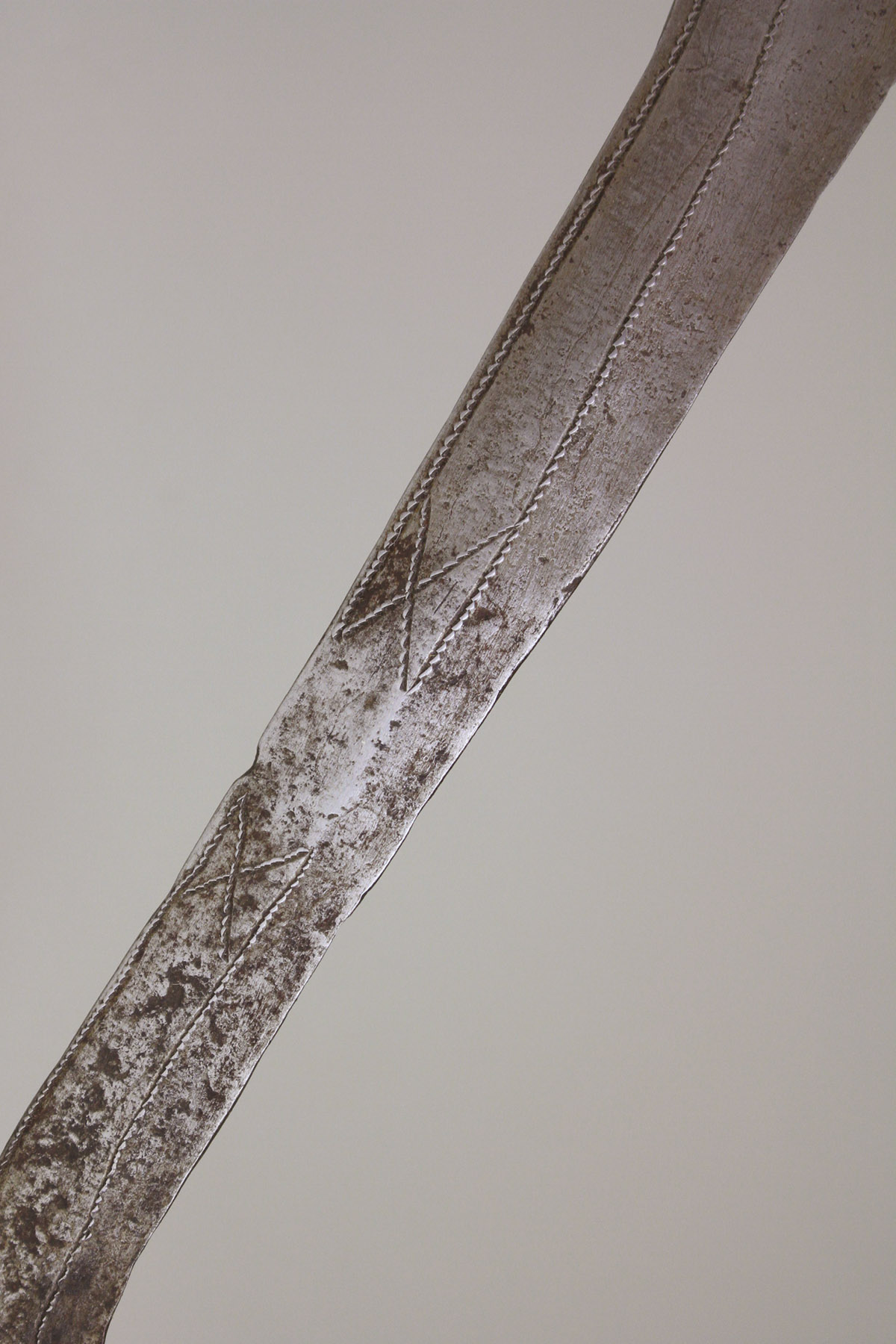 The Banda nation today is a complex of many smaller tribes residing mainly in the Central Africa Republic and neighboring lands to the west. Originally they were all concentrated in the Central Africa Republic but the intense slave hunt in the second half of the 19C. by their Arab neighbors from Darfur and Wadai, resulted in migrations of small groups west and south to Gabon, Congo and Zair. Hence the variety in the shapes of their throwing knives, although the General shape remains similar.

The throwing knife of the Banda is a real weapon. Used to be thrown horizontally and the light weight and sharp edges brought efficient results. The exemplar here is a classical Z shaped, 17 inches long with the front face incised and lightly decorated. The handle is bound with the original wrap fiber. Very good condition all over. small areas of pitting on the back face. a similar Throwing knife is described in Peter Weterdick monumental work : The African Throwing Knife, group IX # 6 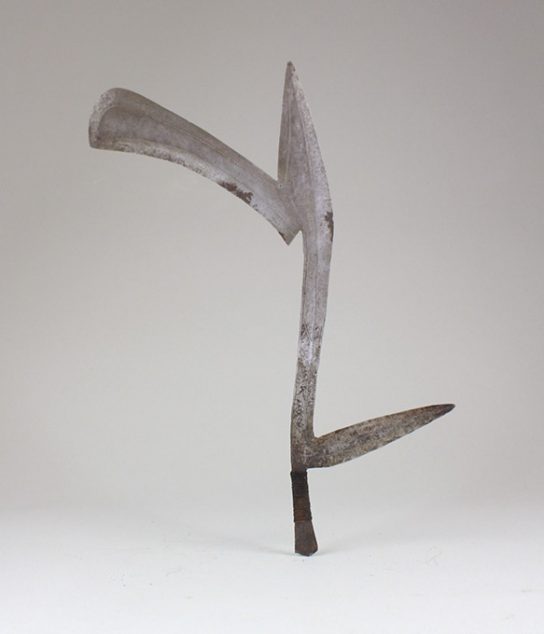 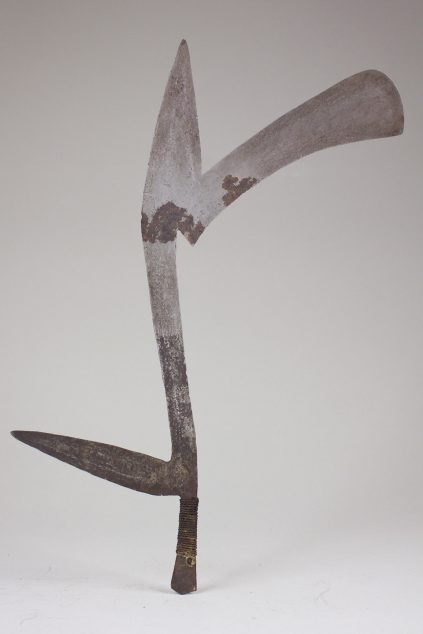 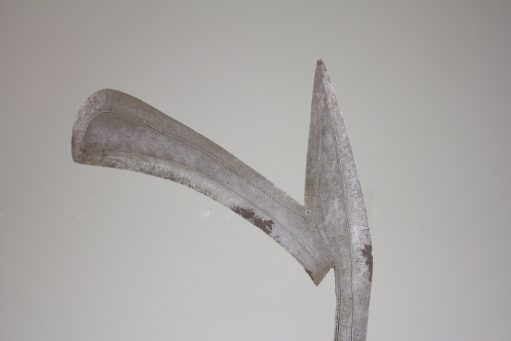 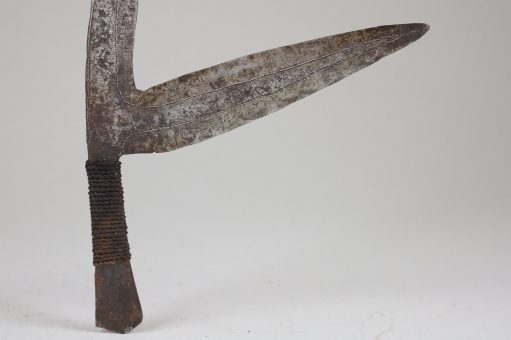 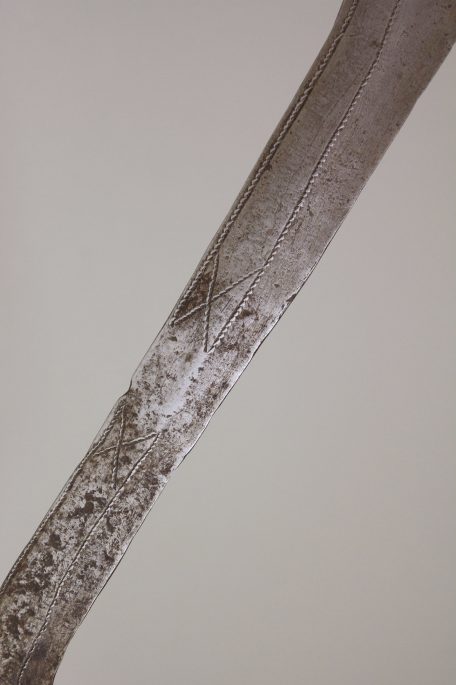 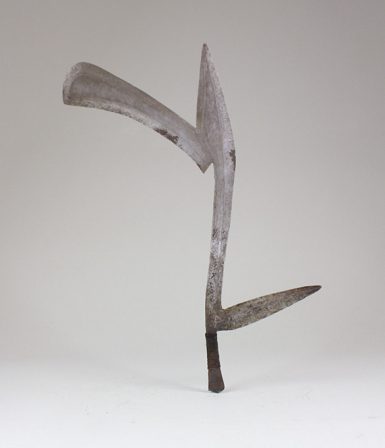