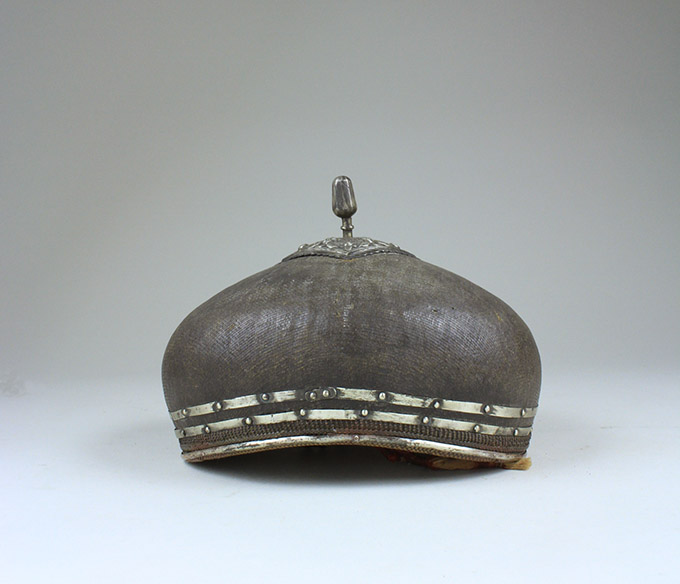 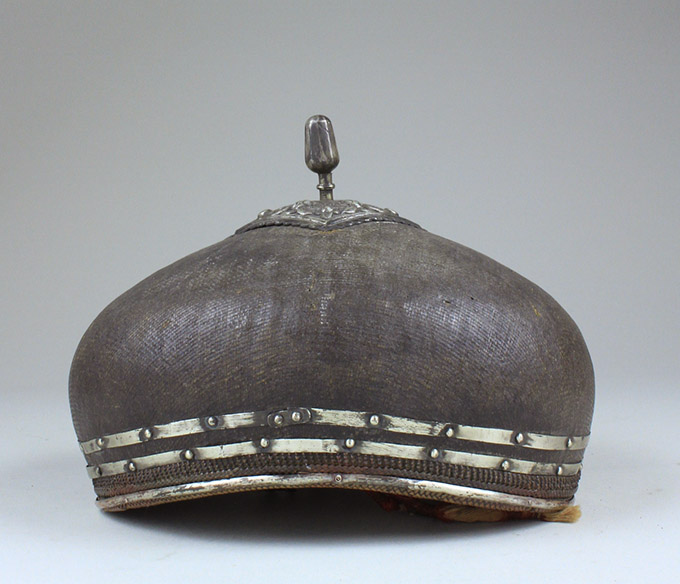 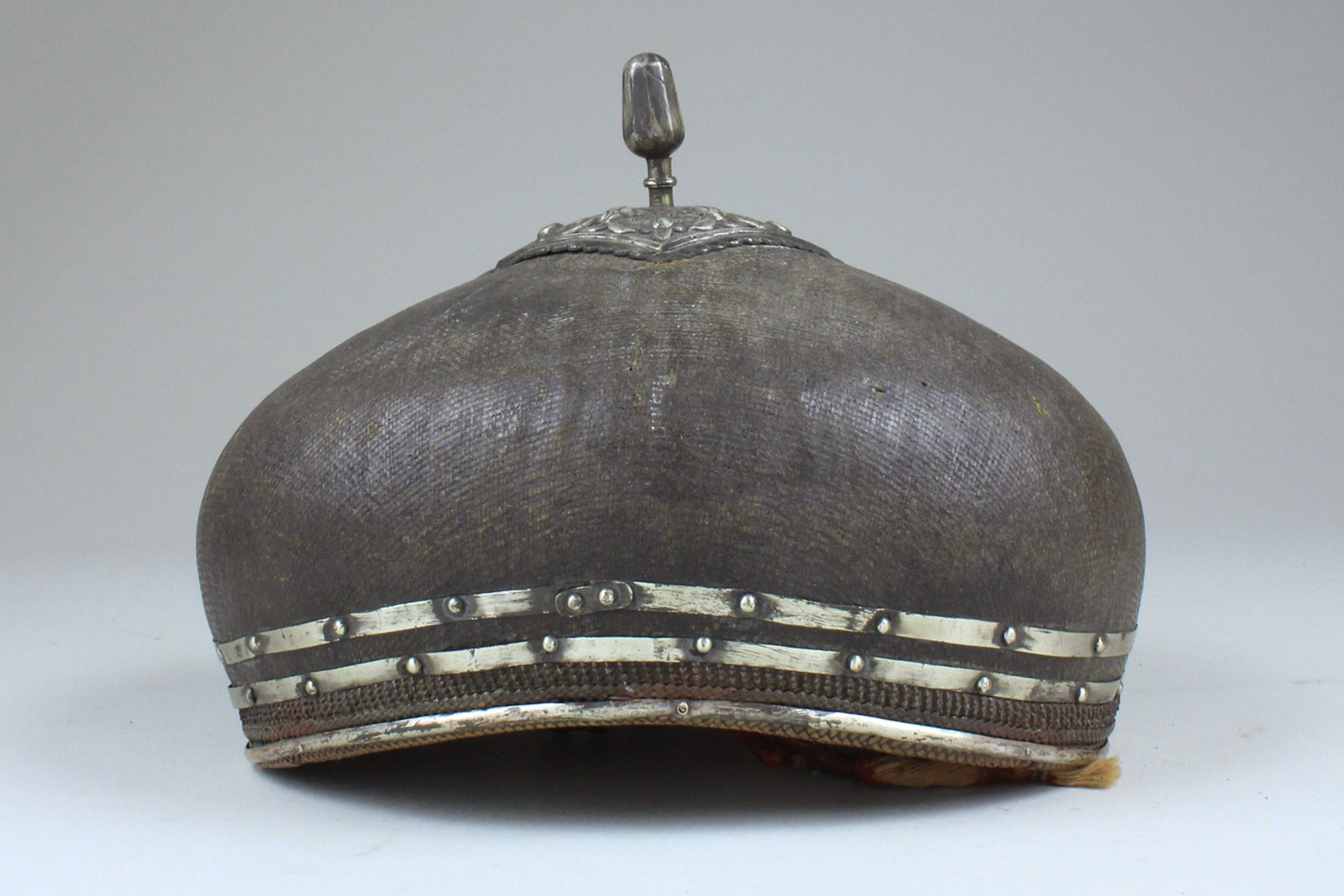 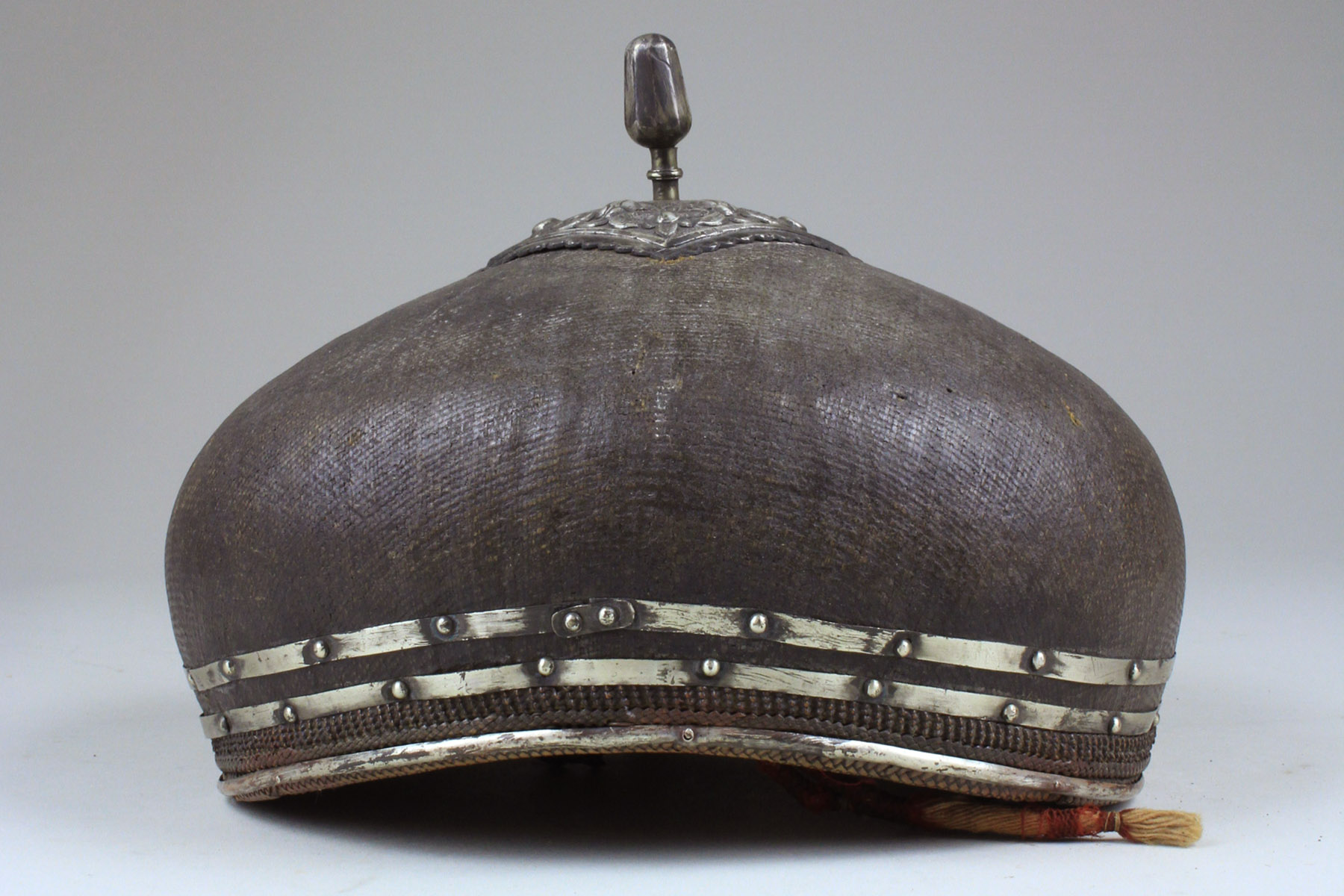 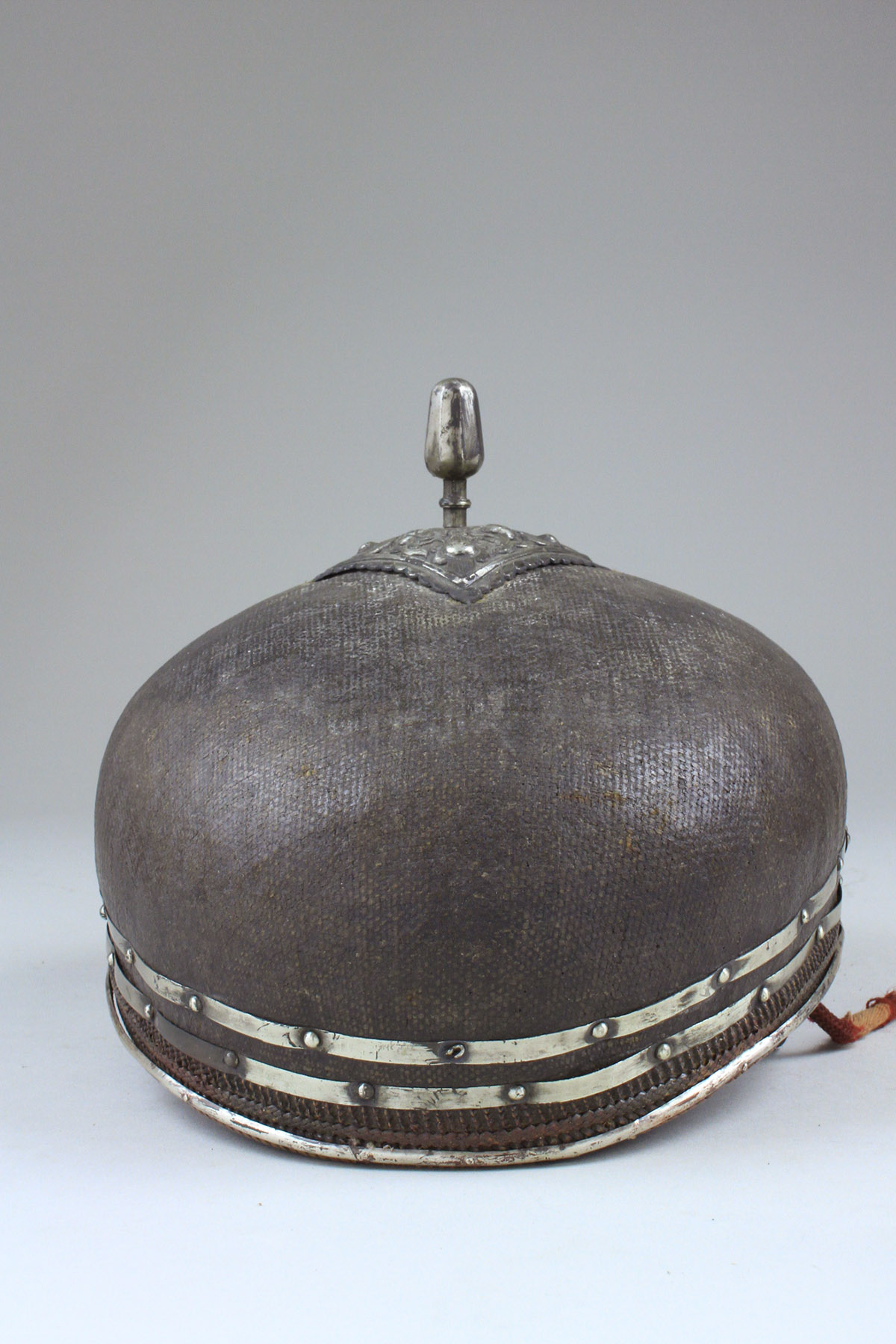 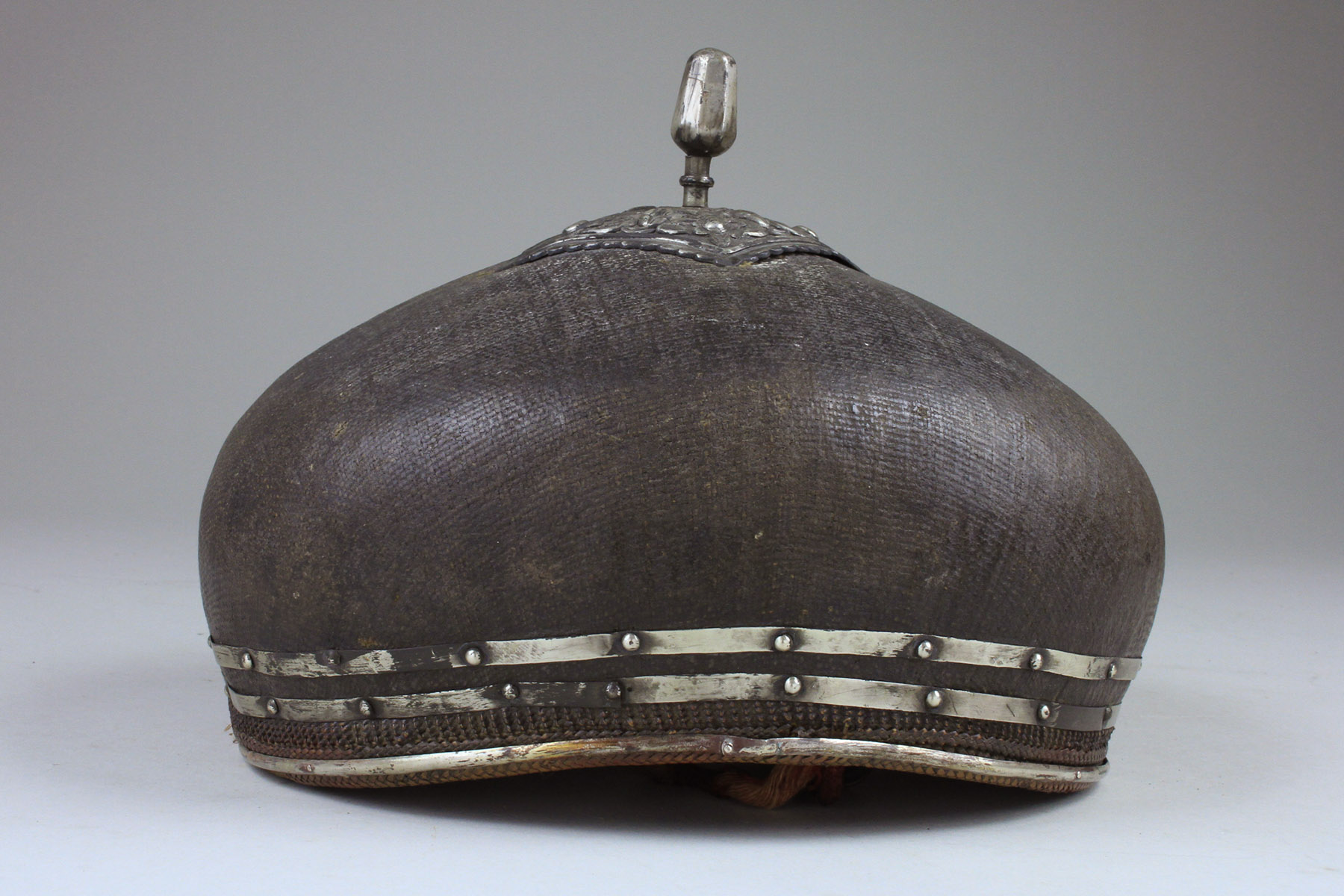 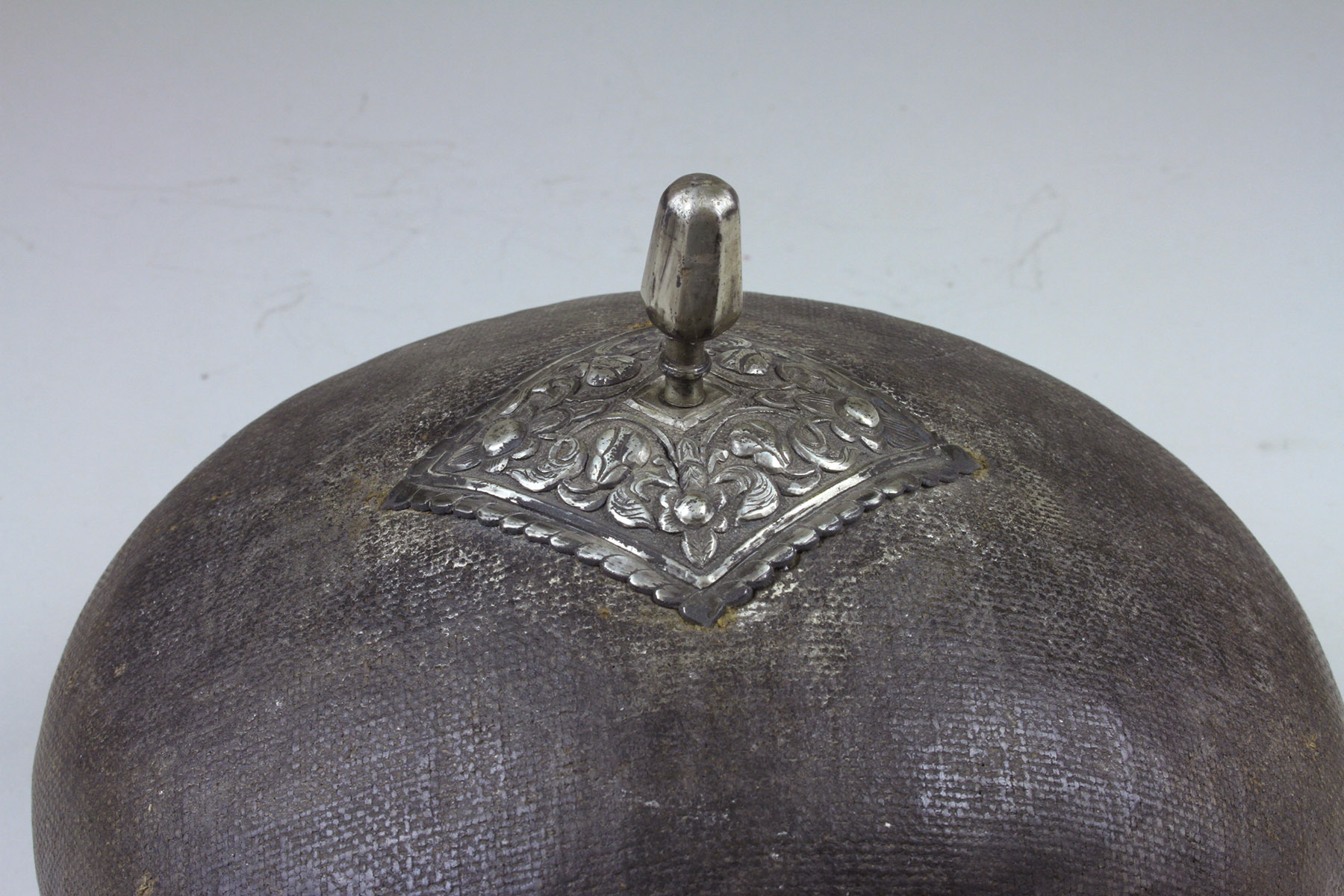 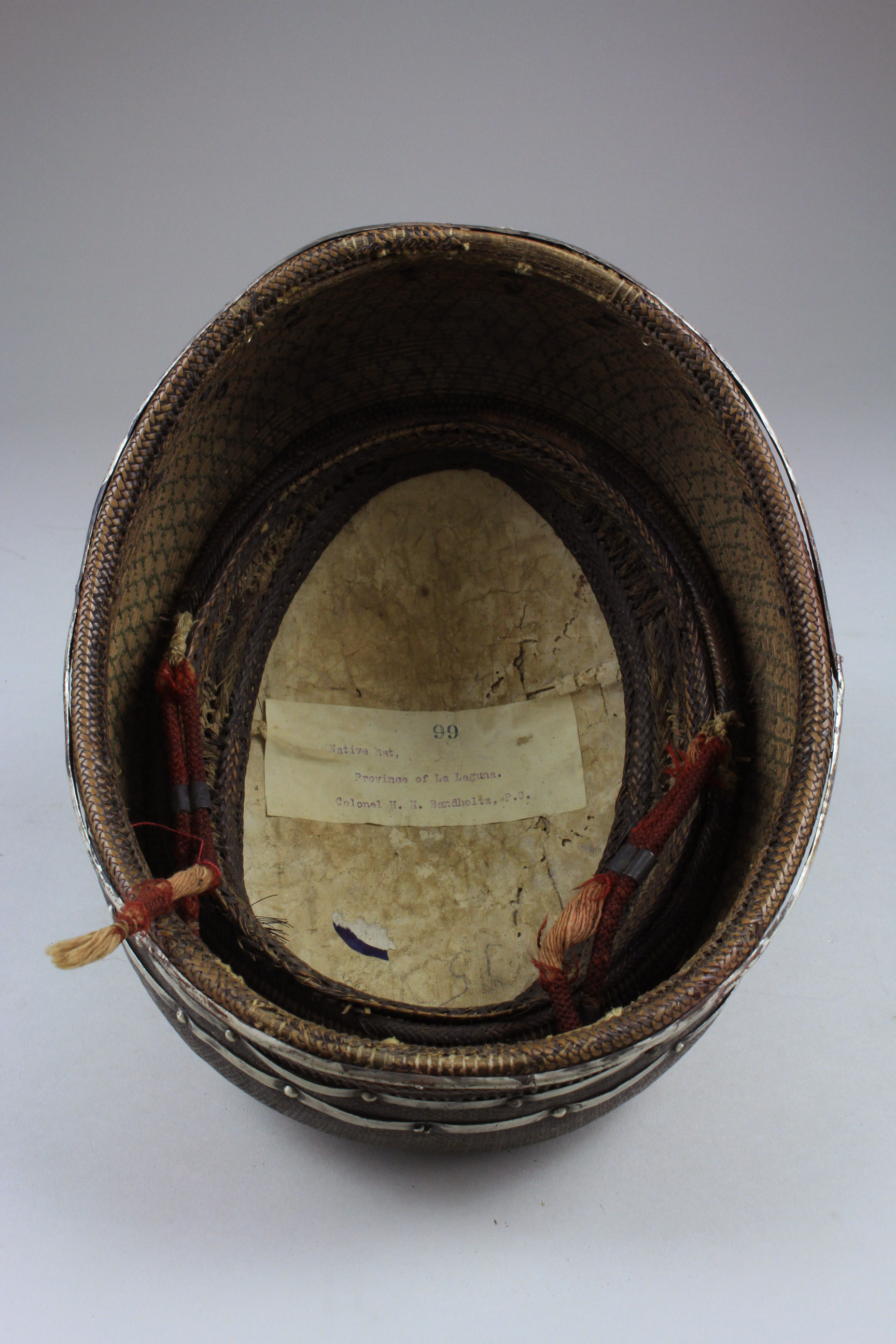 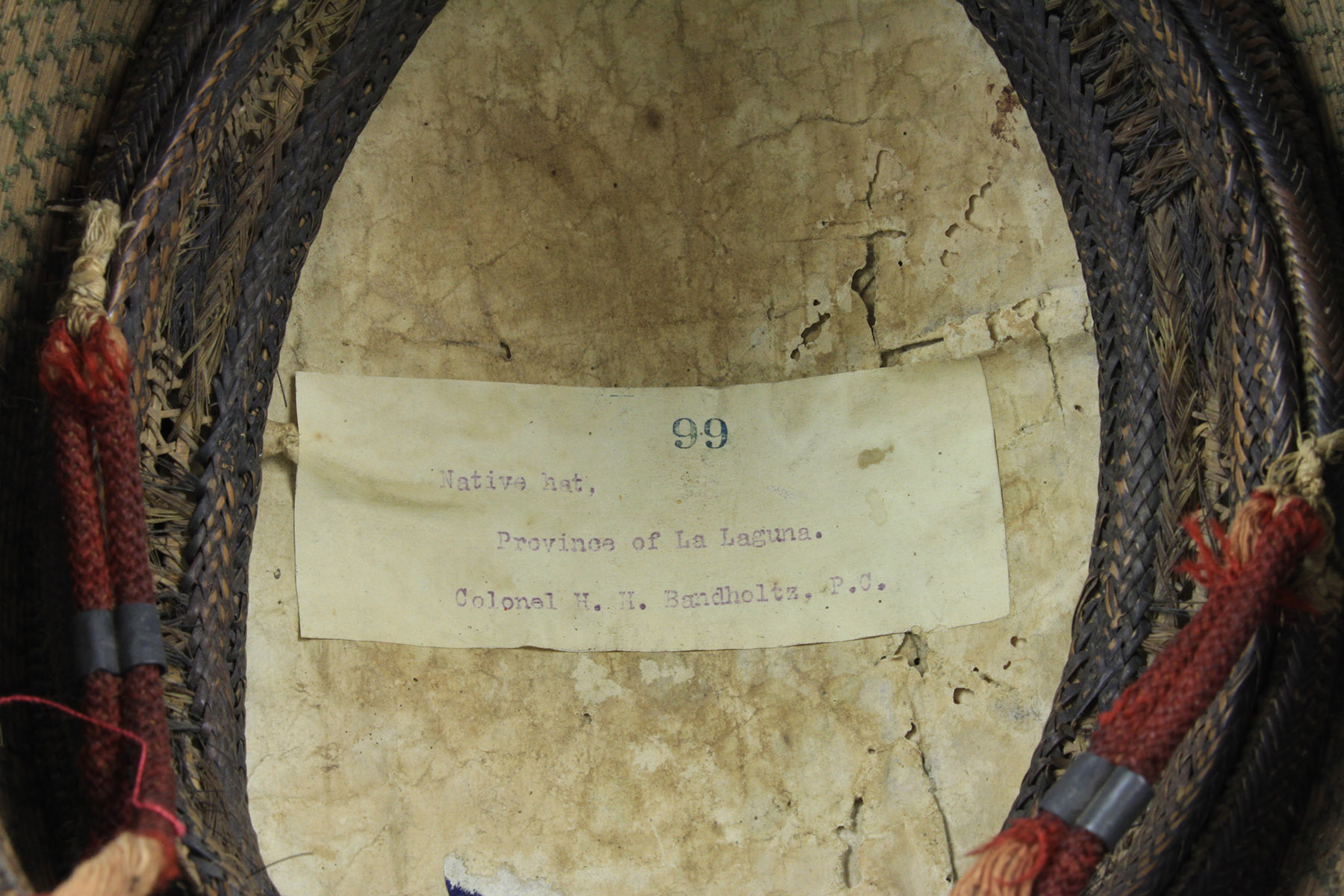 The salakót is a traditional hat from the Philippines.
Its shape is based on a European colonial helmet and dates to the Spanish colonial period. Public functionaries in the Spanish colonial administration: Judges, mayors, head of villages or district ward and other persons of high standing would wear such hats at ceremonial events. The hats, being made of woven rattan with silver decoration reflects the high standing and the power of the wearers.

This hat / helmet is late 18 to early 19 C. From the province of La Laguna, now in the Quezon The hat is oval-shaped, domed made from tightly braided rattan covered with black lacquer and mounted with silver top and silver bands at the rim. The interior is a basket like structure which fits over the head to hold the hat in place. Original cotton chin strap (unfortunately slightly damaged). Hat size 7 1/2 X 8 1/2 inches, 7 inches tall. Very Good condition.

From the collection of Brigadir General H. H. Bandholz (1864 – 1925) collected on his service in the U. S. Army in the Philippines 1900-1913. This item is accompanied by all original documents certifying its provenance. 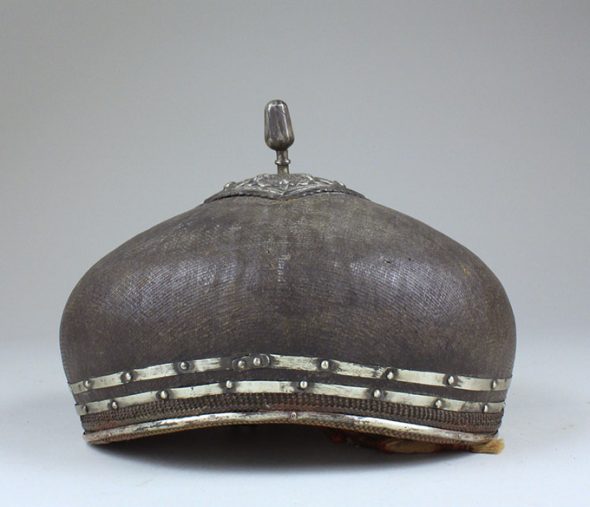 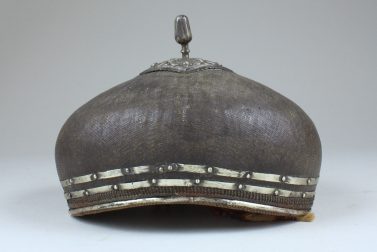 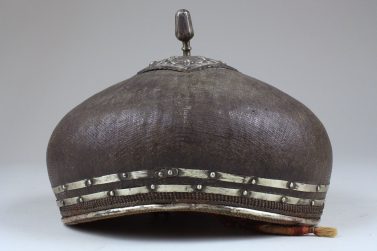 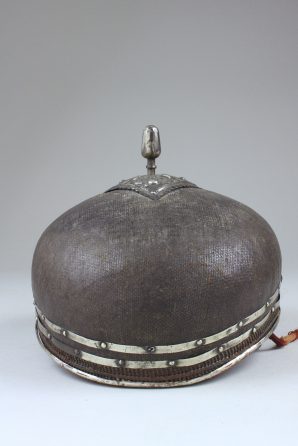 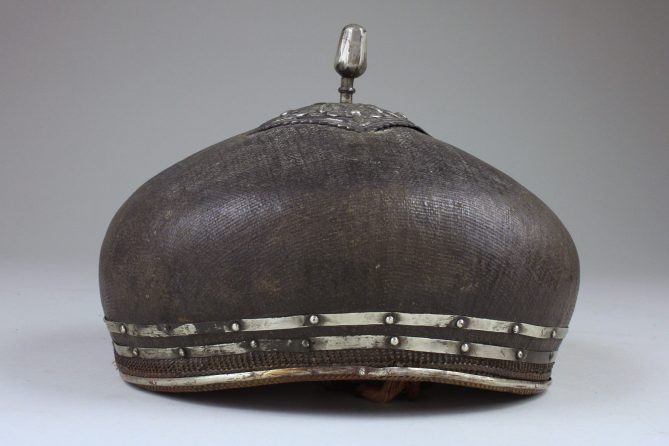 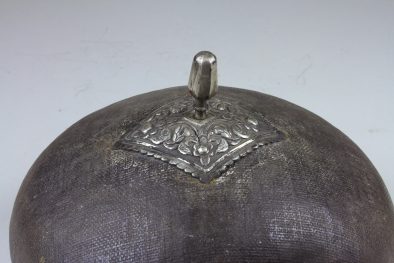 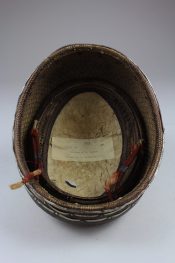 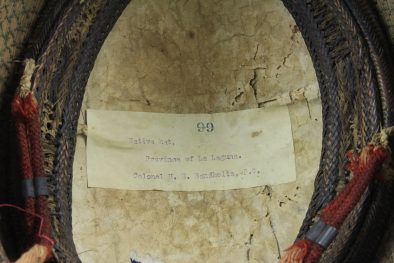 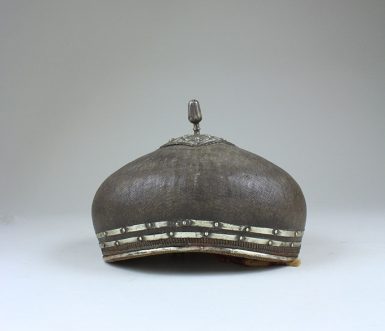