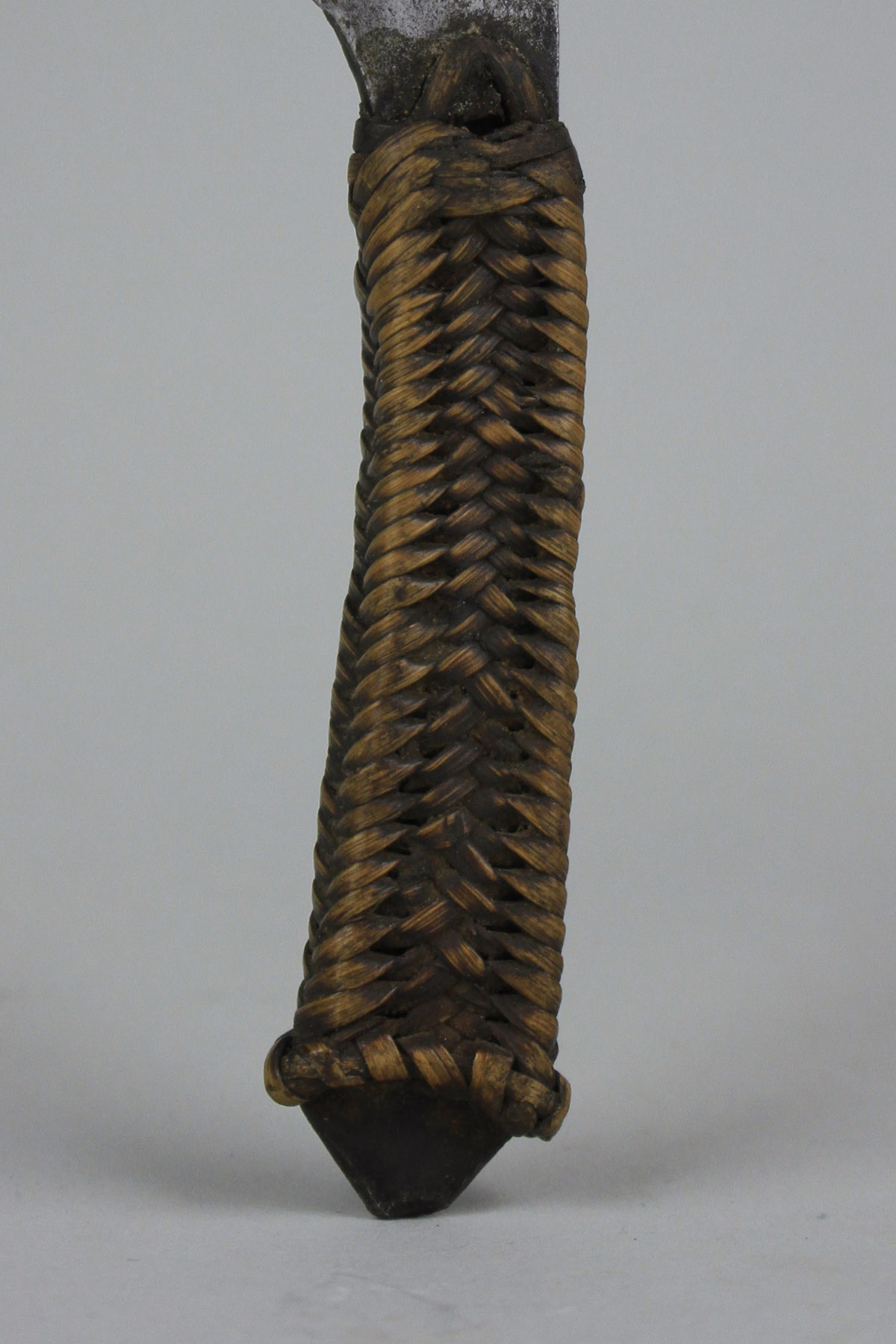 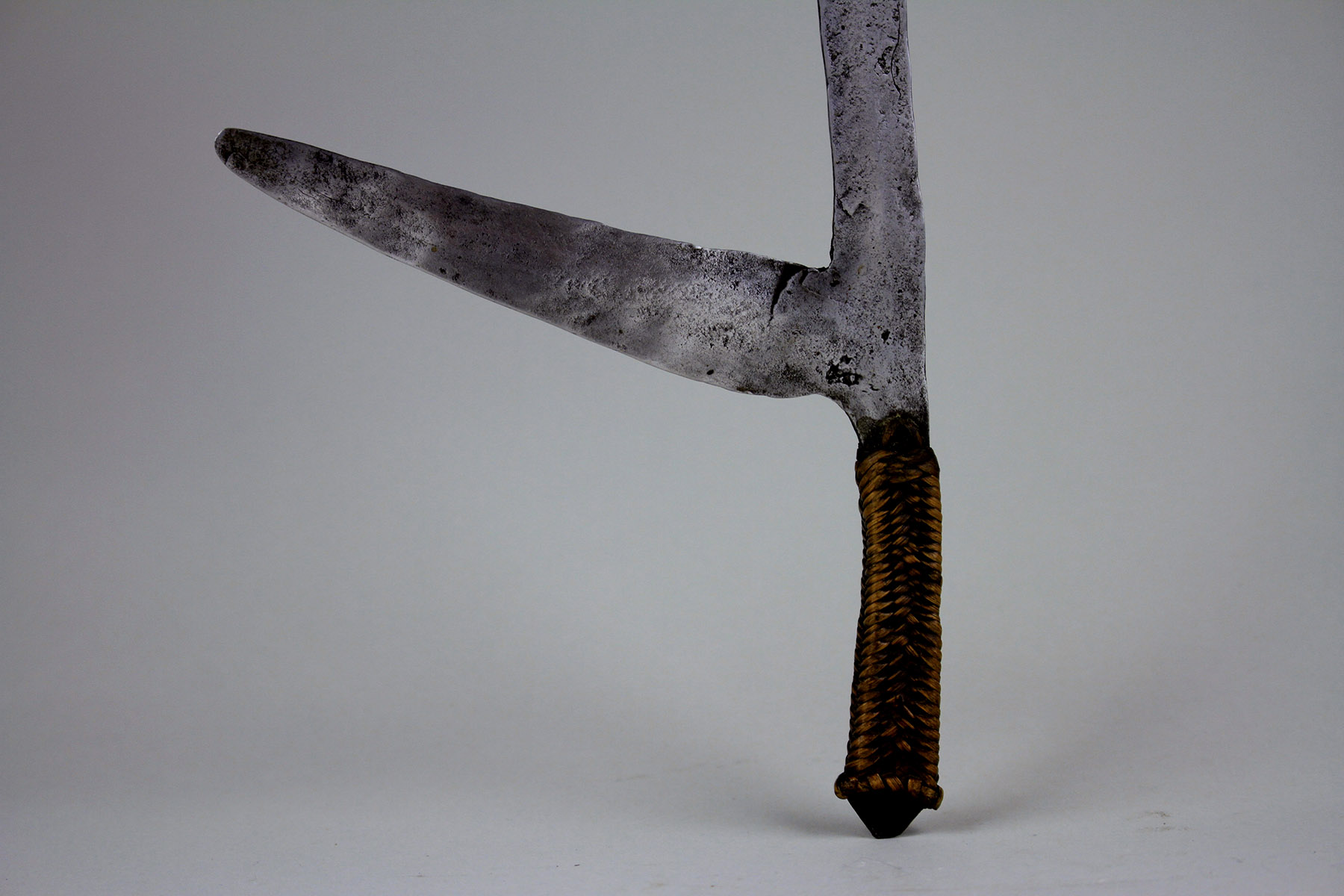 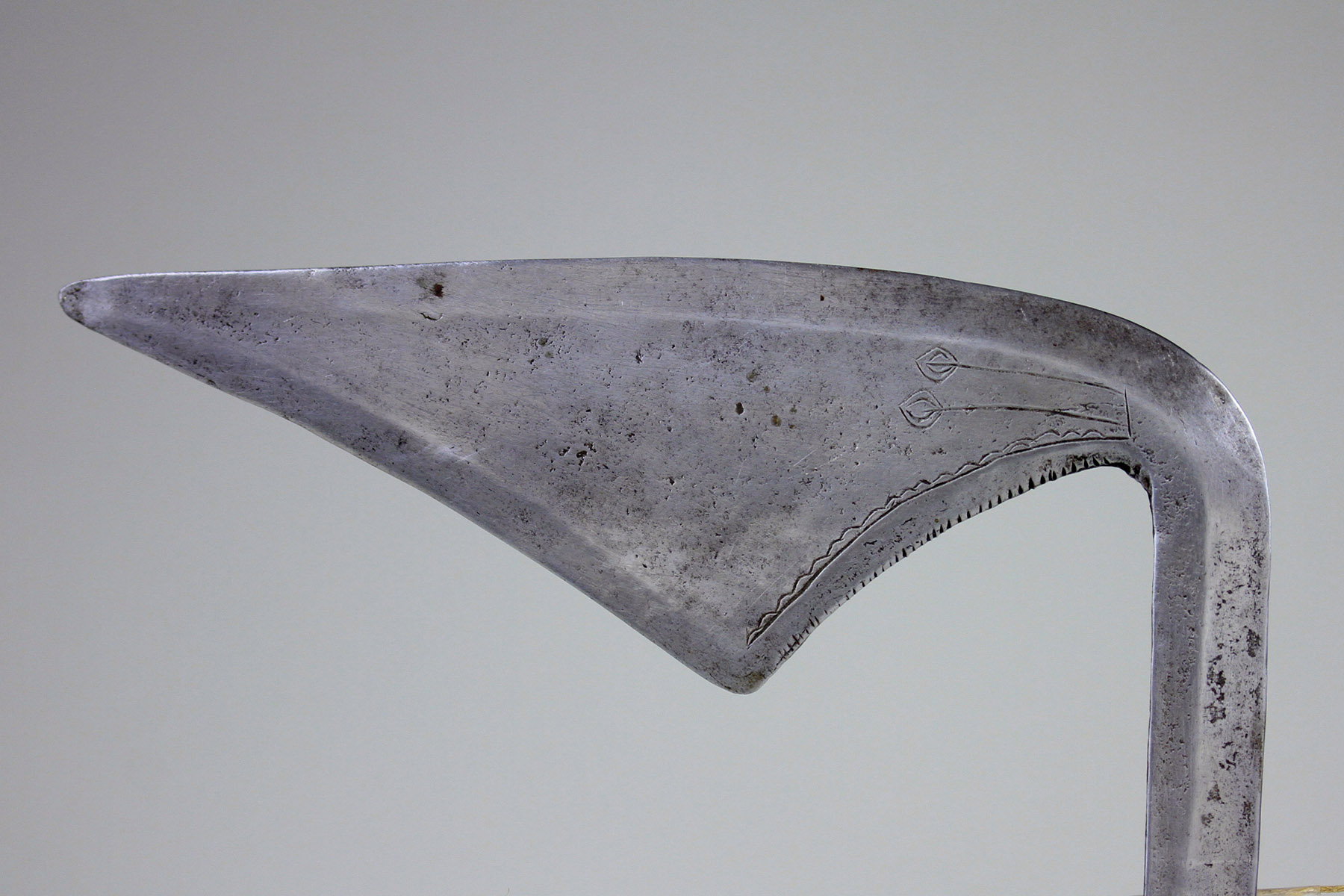 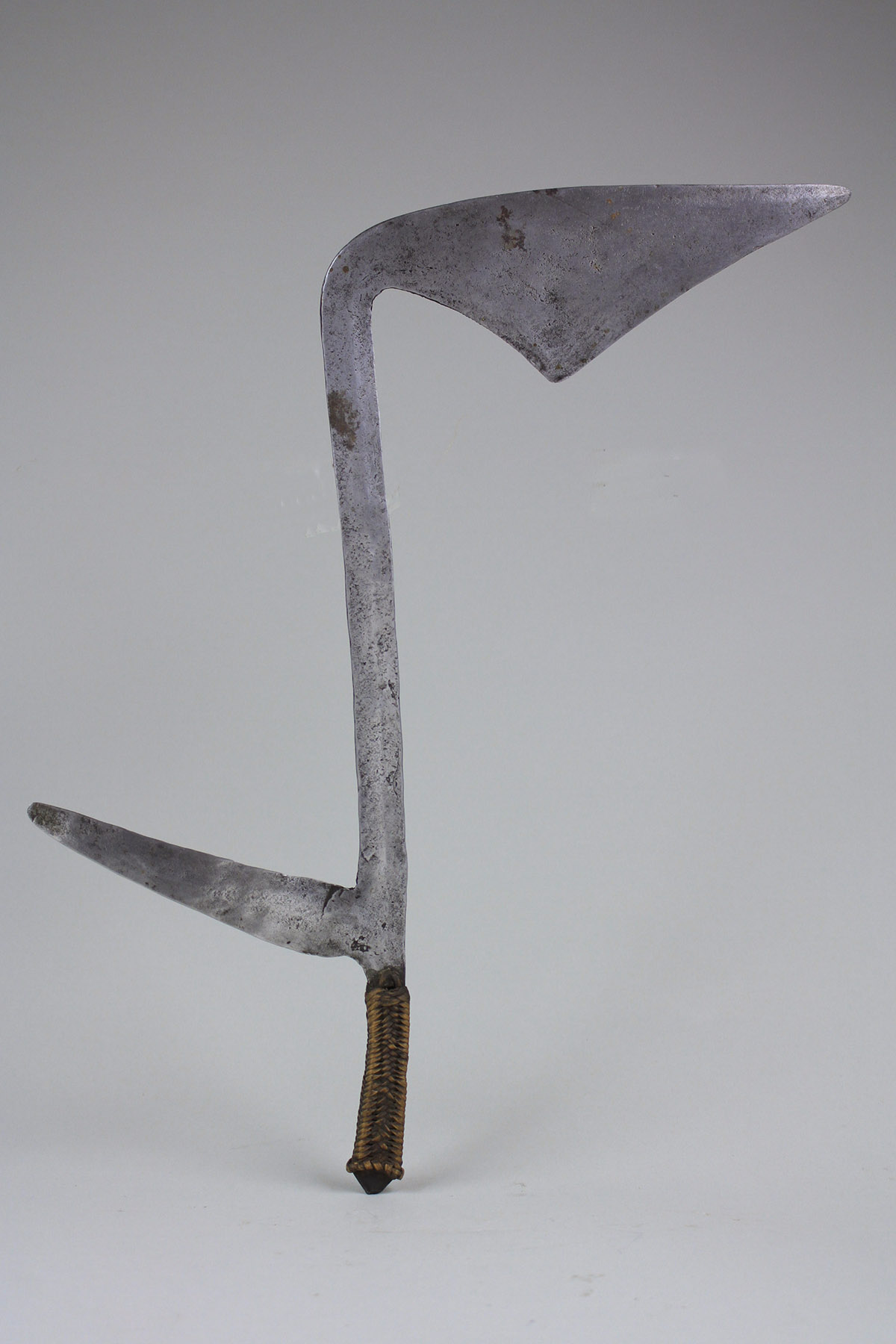 Banda people is composed of many smaller tribes residing mainly in the Central Africa Republic but also spread over neighboring areas in Sudan, Chad and Congo. The spread of the Banda people over large area resulted in a considerable variations of their weapons, mainly the throwing knives, although common lines can be found in the variety. One of the less common throwing knives of the Banda is known as the “crownless”, with a wide, triangle wing shaped blade.

The exemplar shown here is of this type. Well made , light weight and tender lines with light engraving on the wing blade and braided rattan grip. 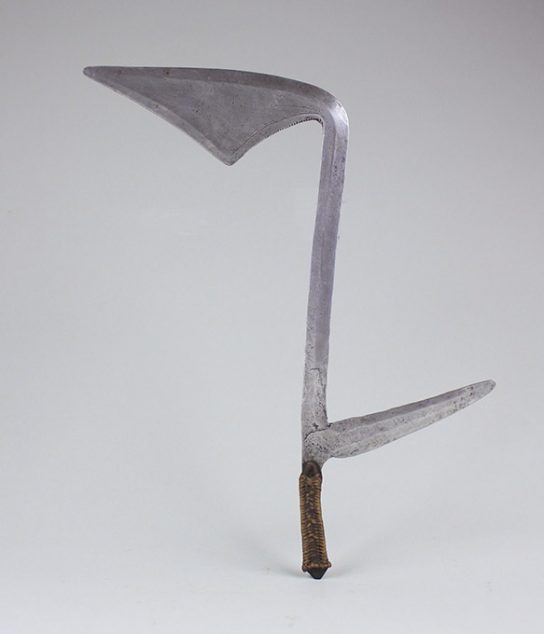 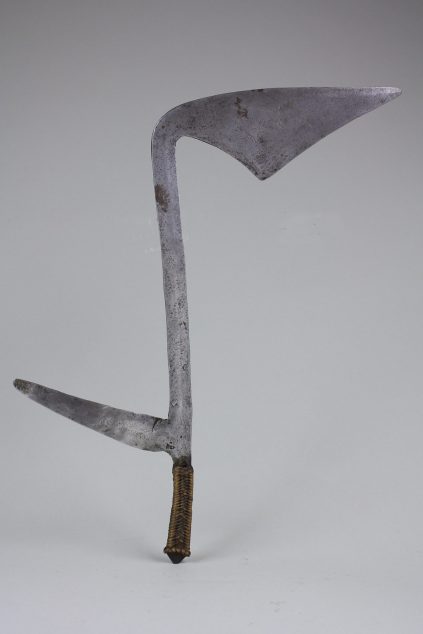 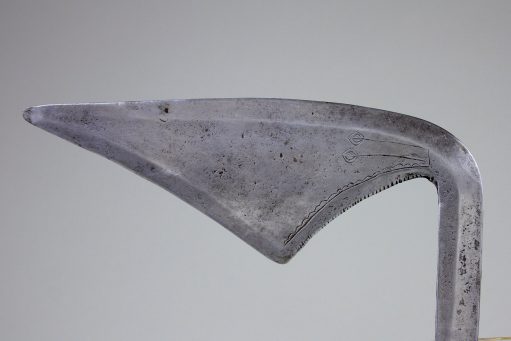 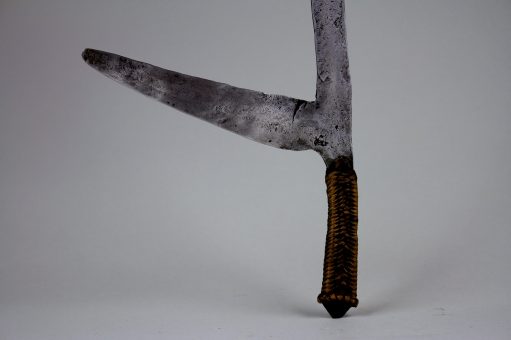 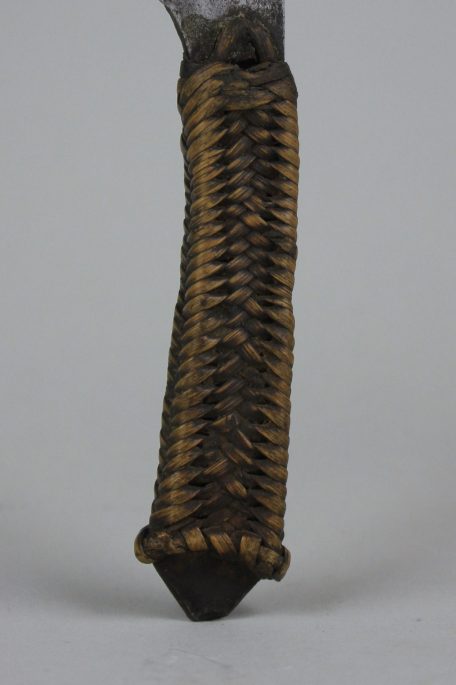 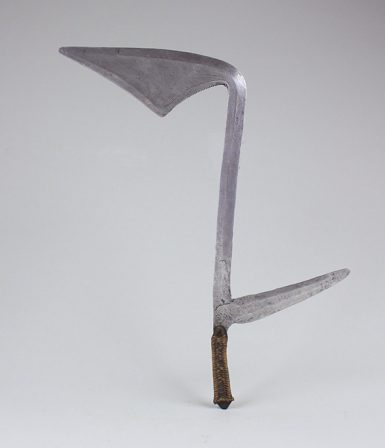