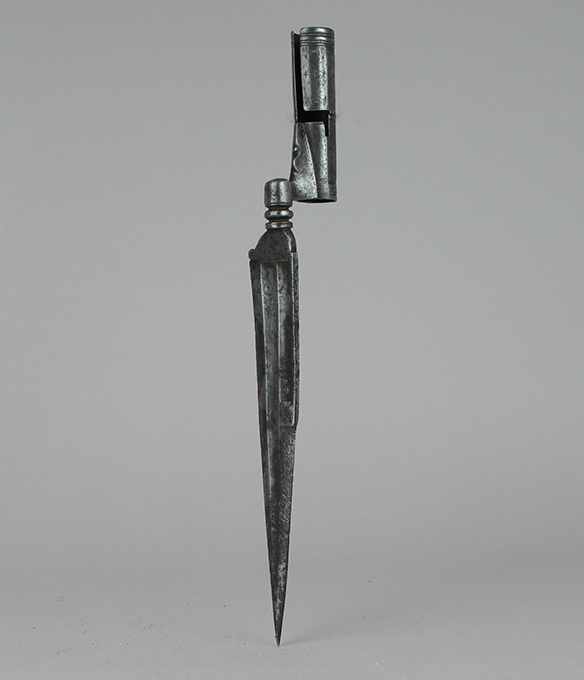 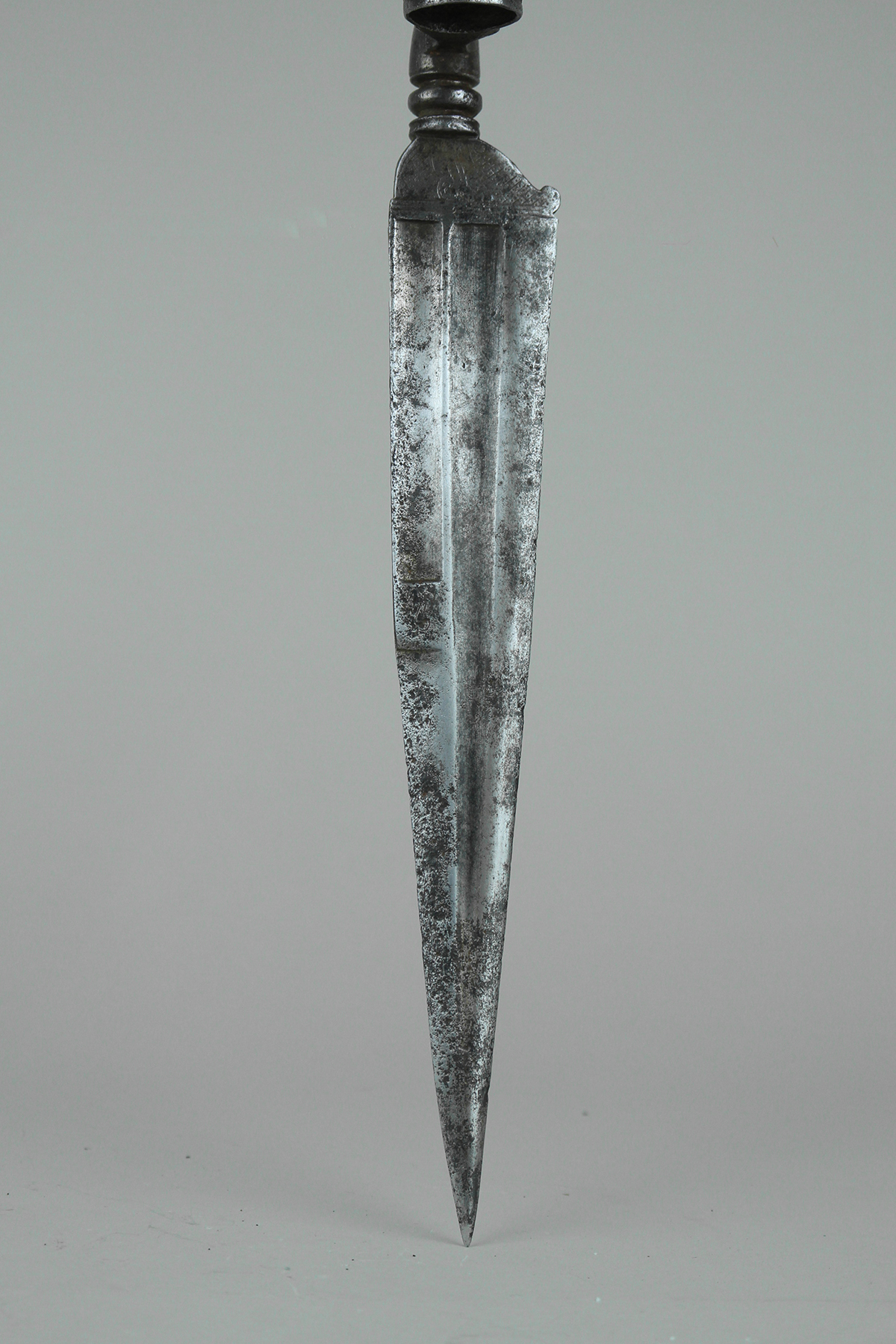 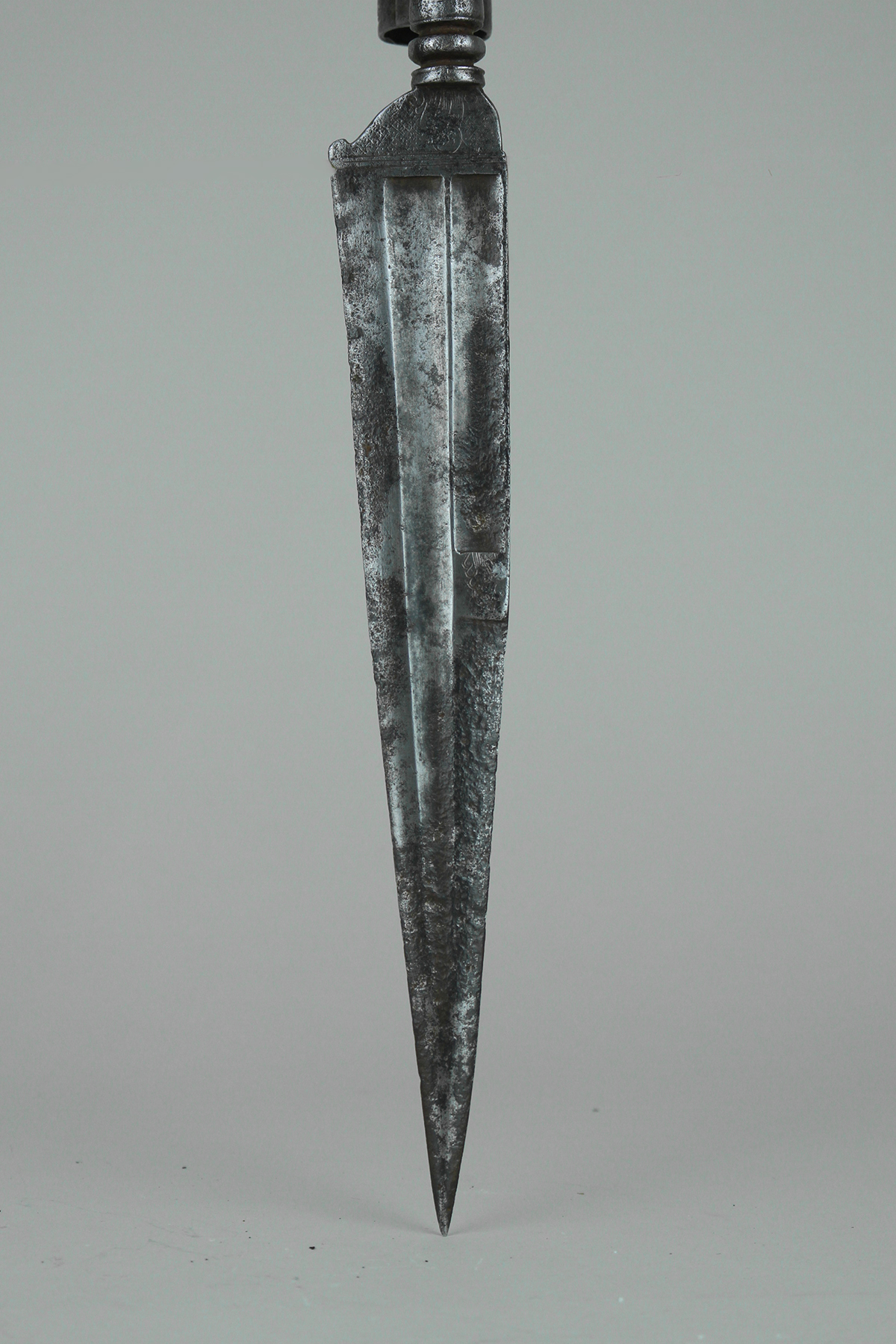 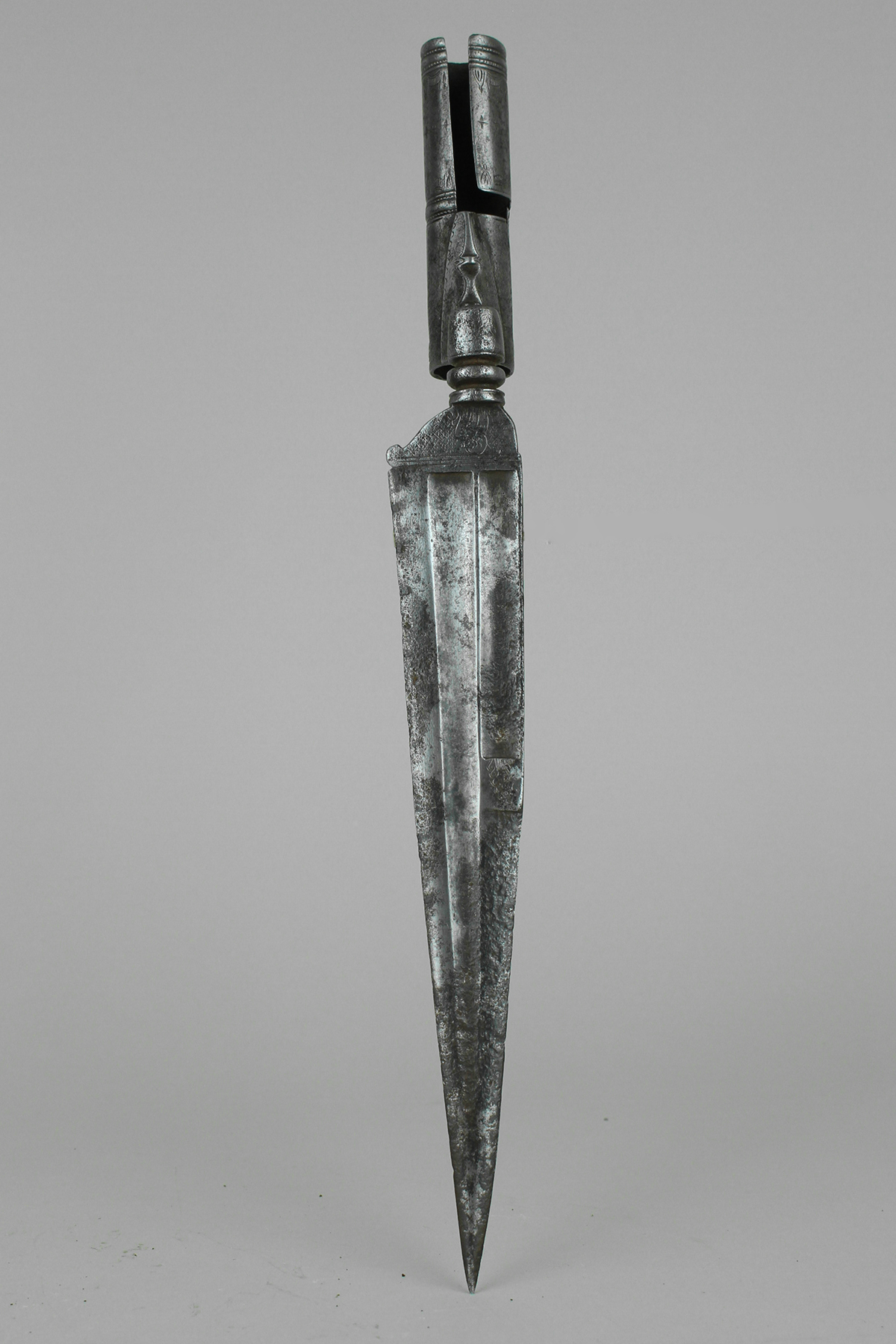 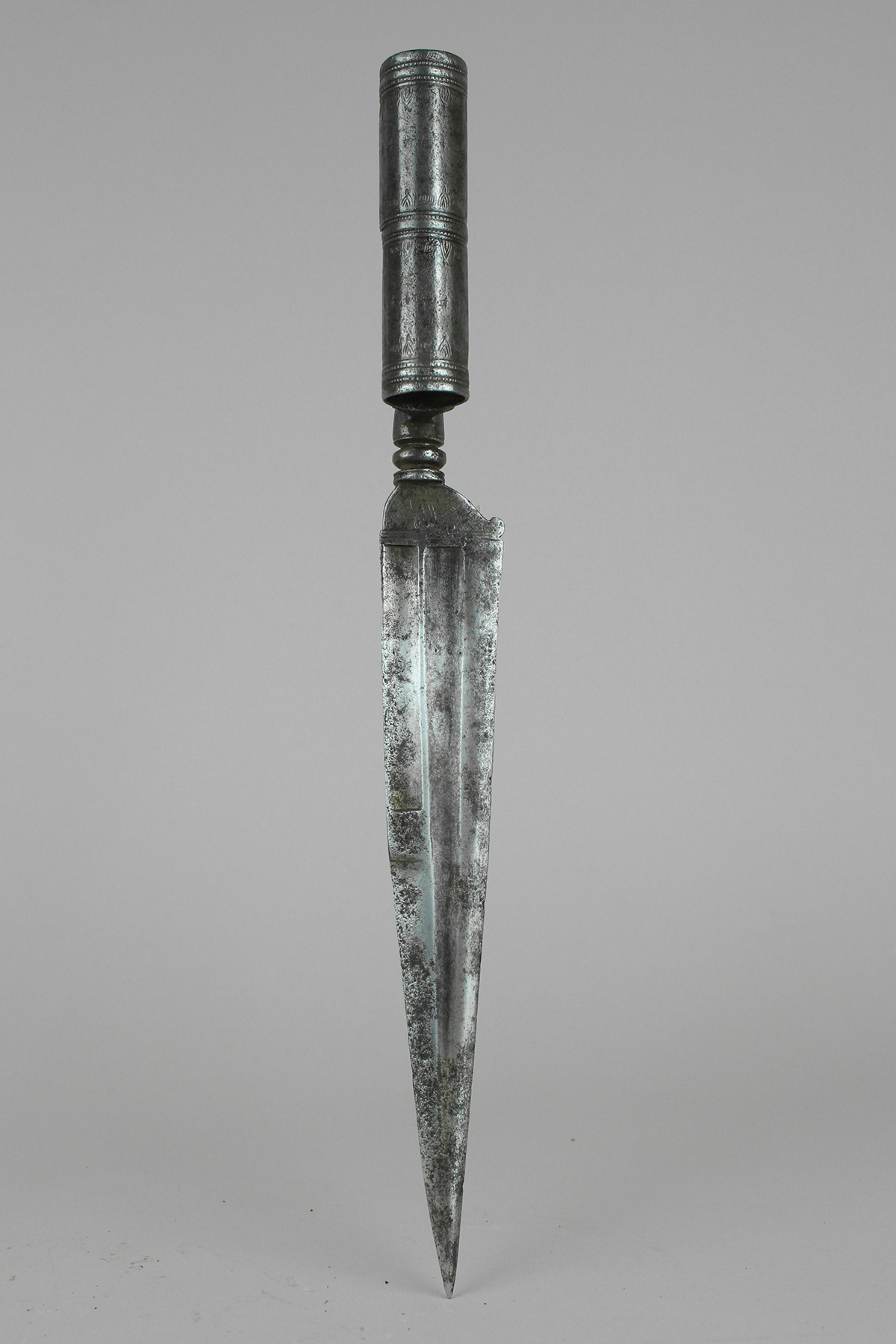 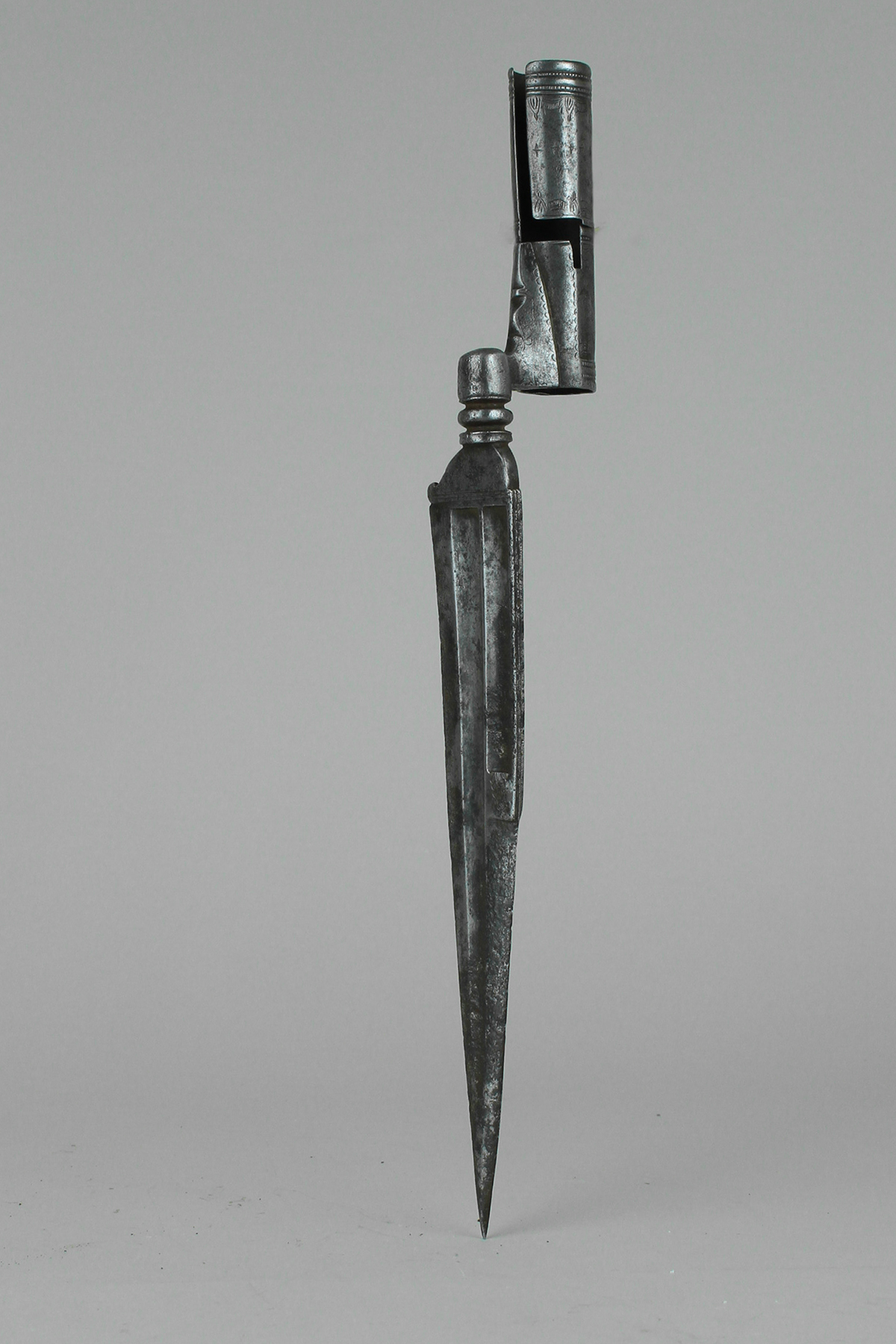 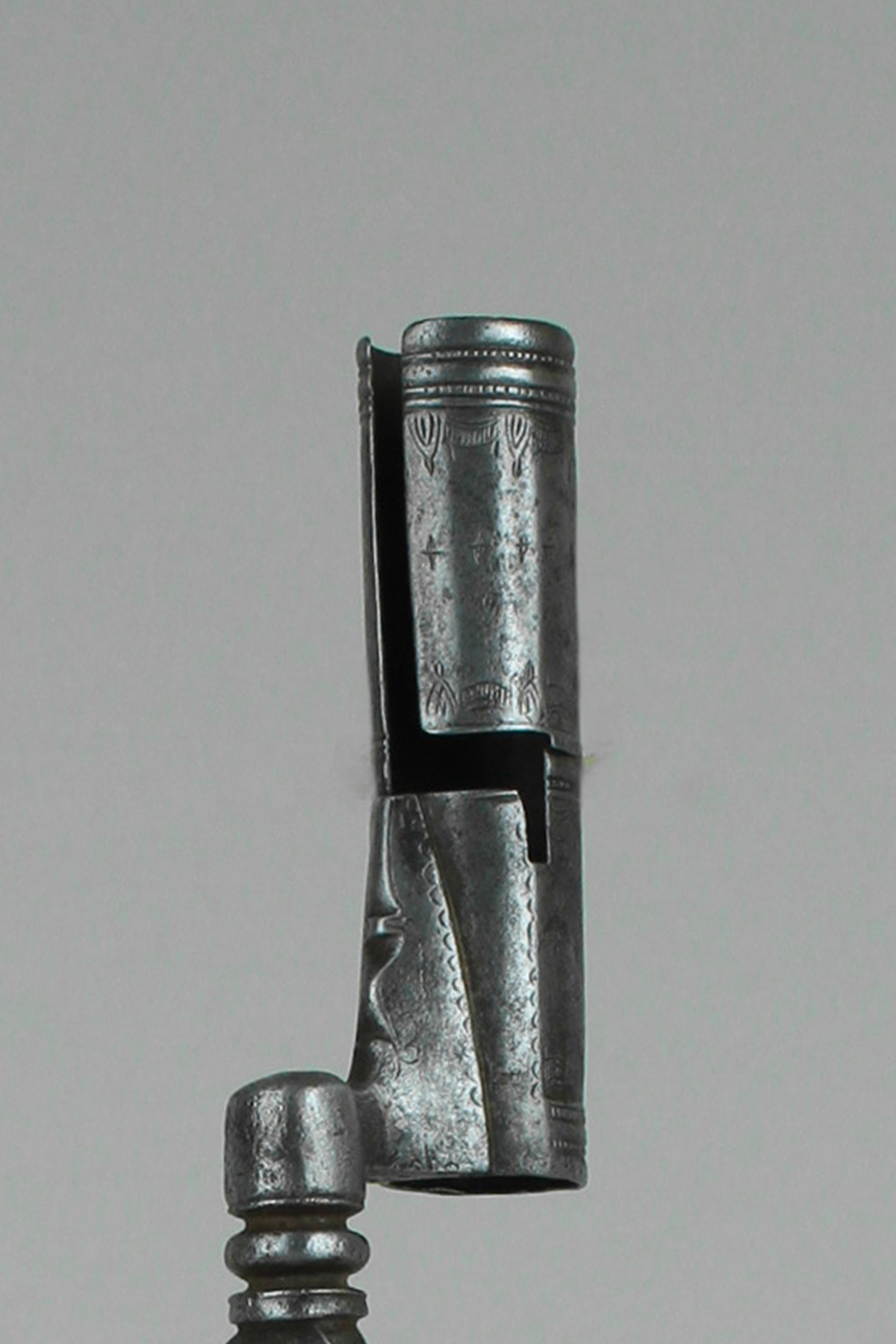 Socket Bayonets replaced the earlier plug bayonet in the second half of the 17 C. It allowed to fire the gun also when the bayonet was mounted on the barrel. Socket bayonet seen extended use in military affairs In the 18 C. and well into the 19C.  Less common was the use of socket bayonets in civilian affairs, for hunting purposes and on shotguns. 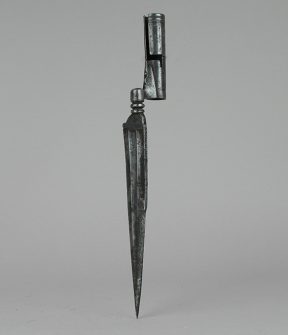 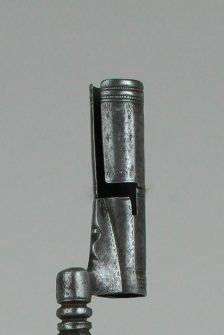 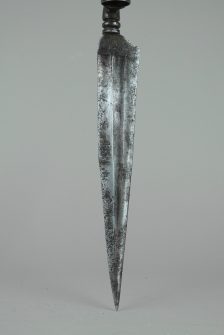 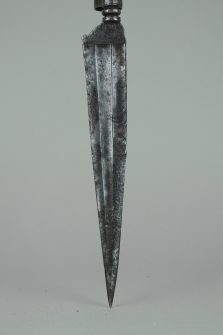 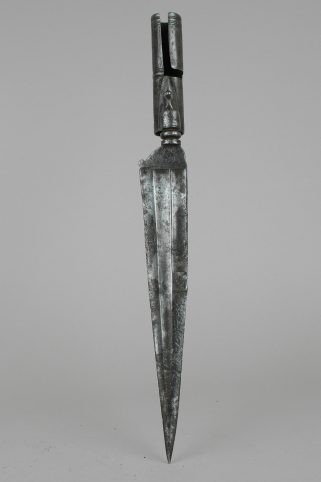 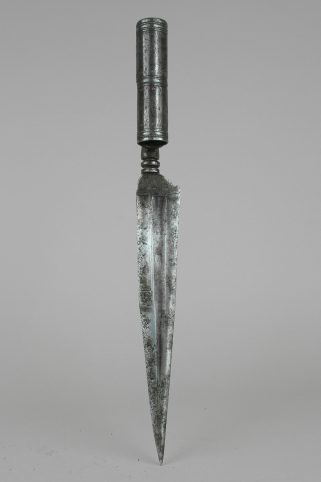 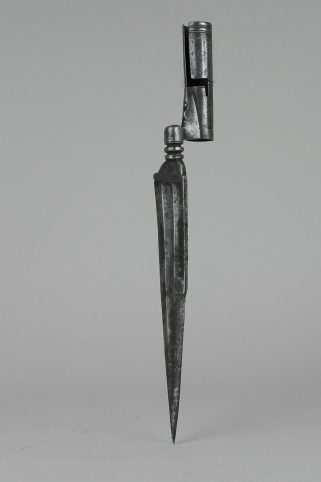 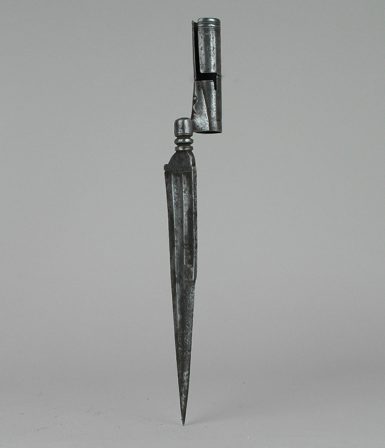