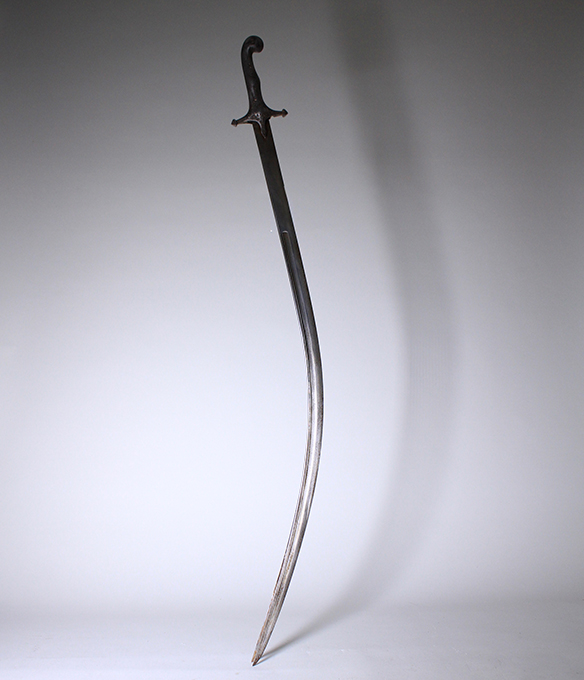 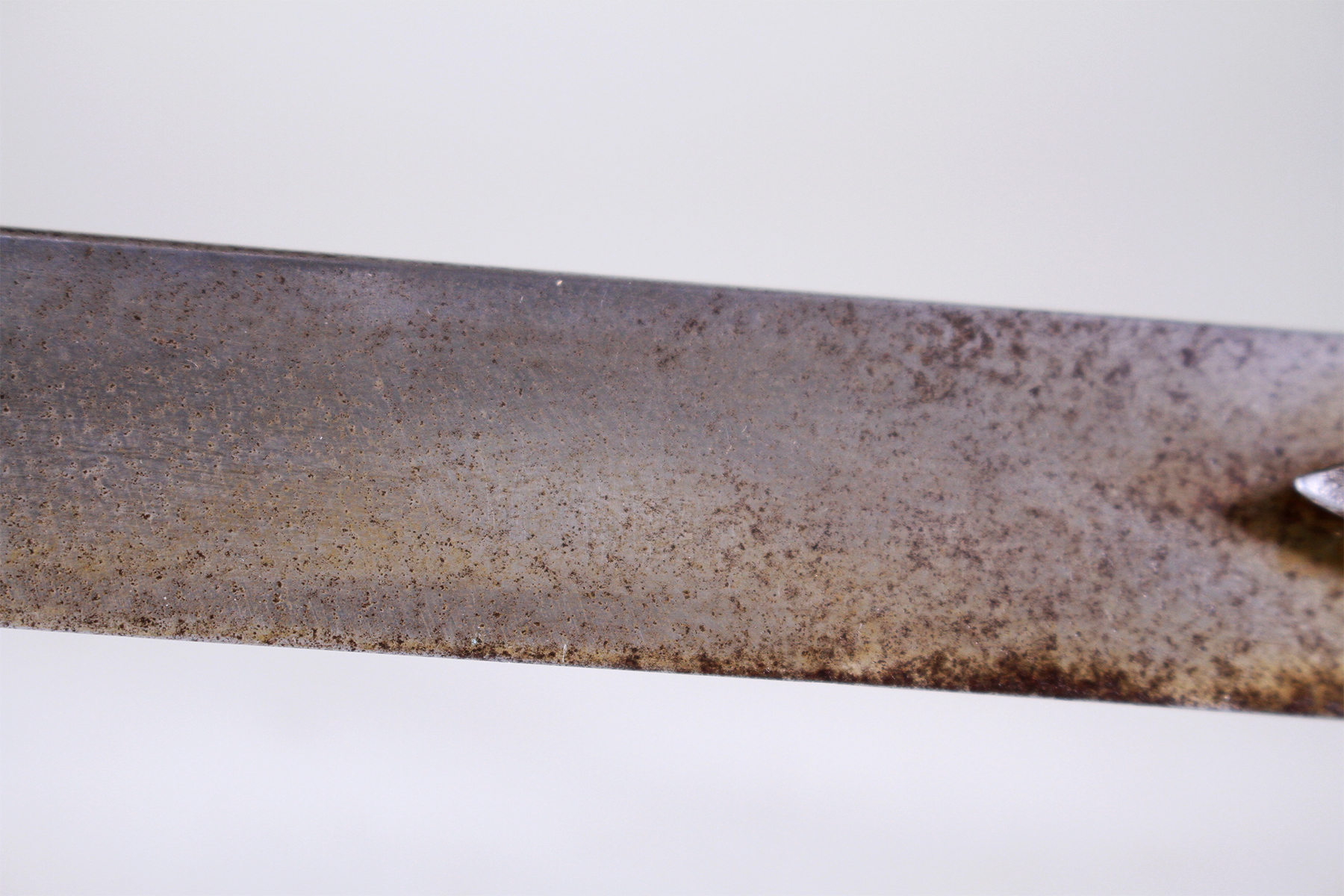 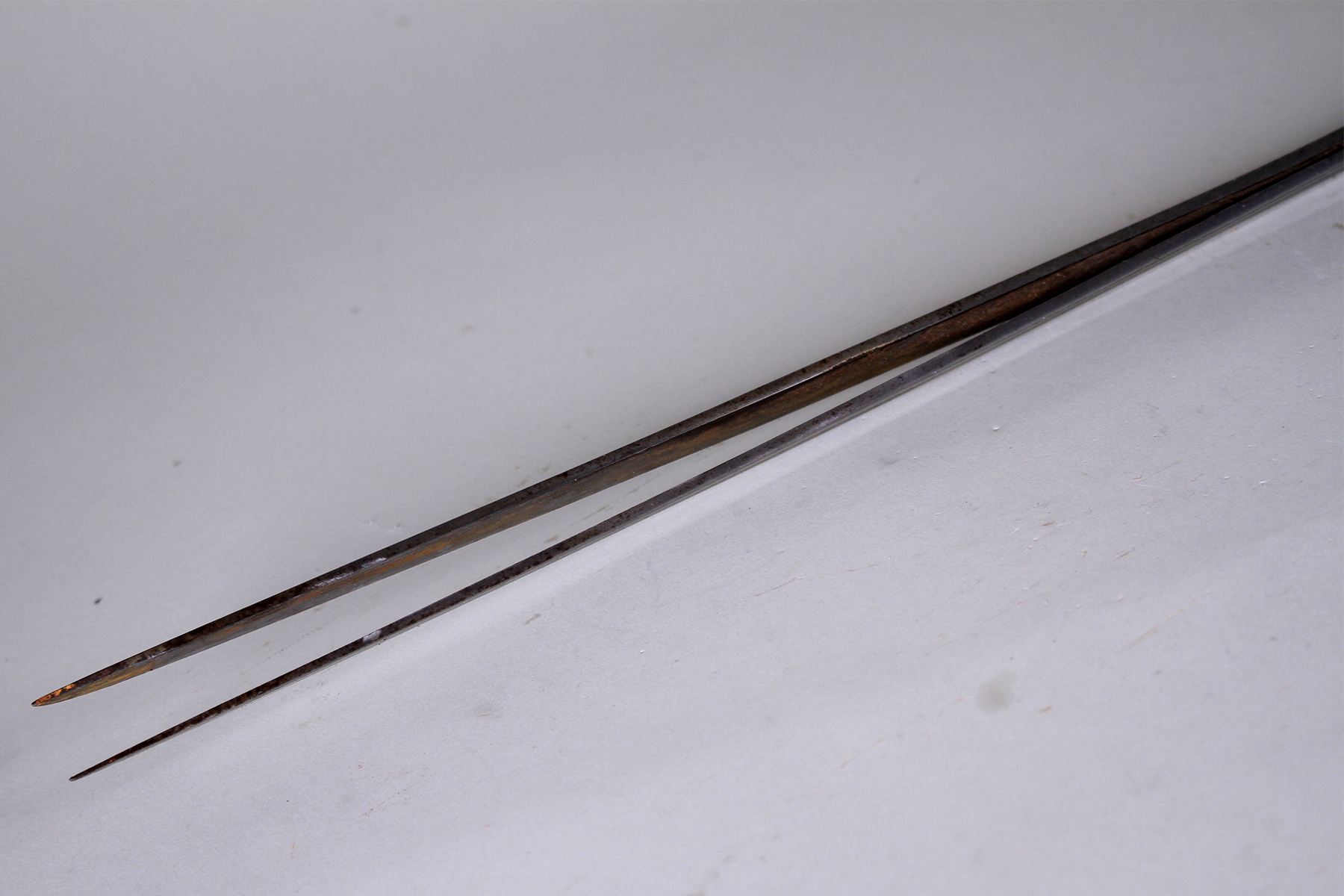 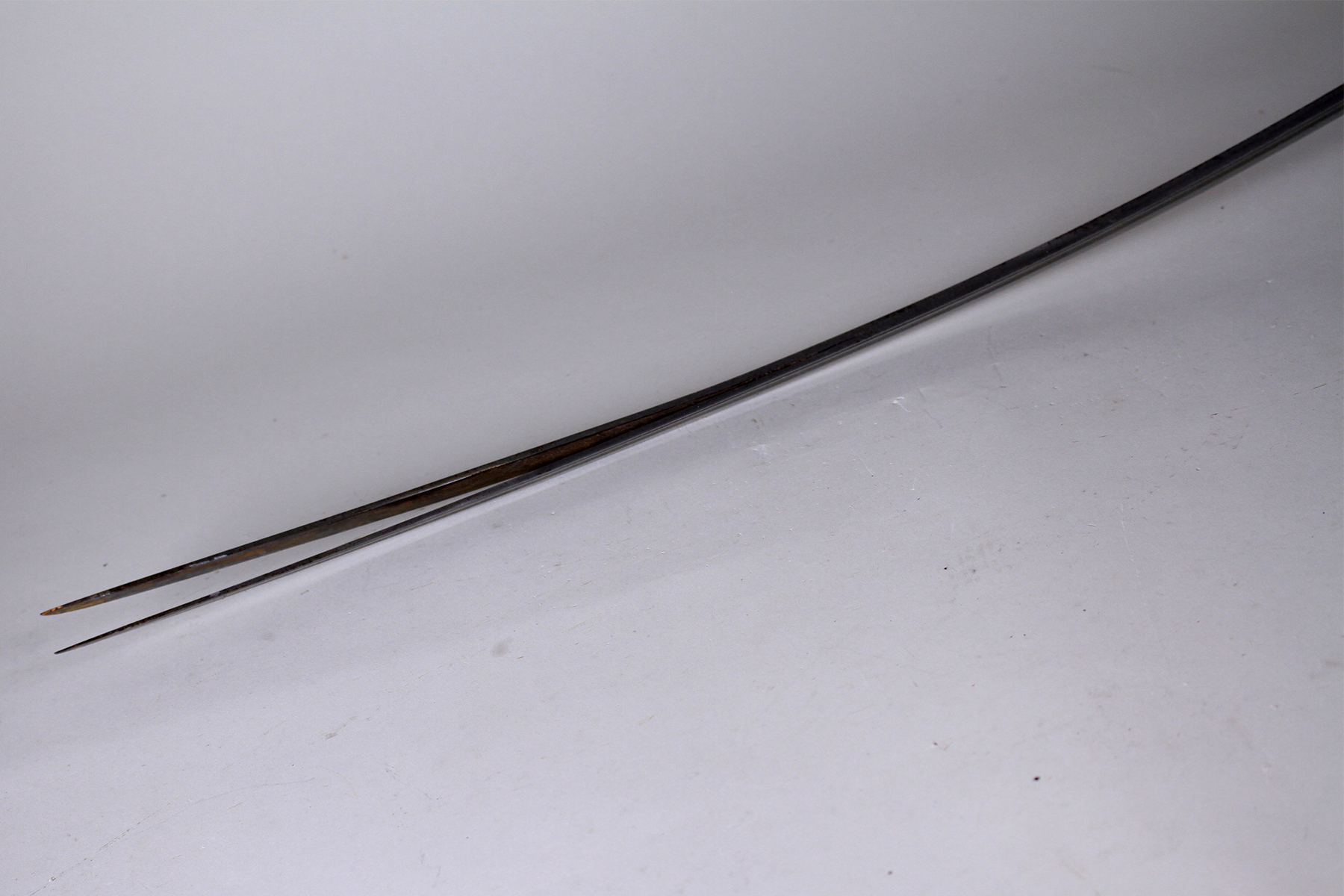 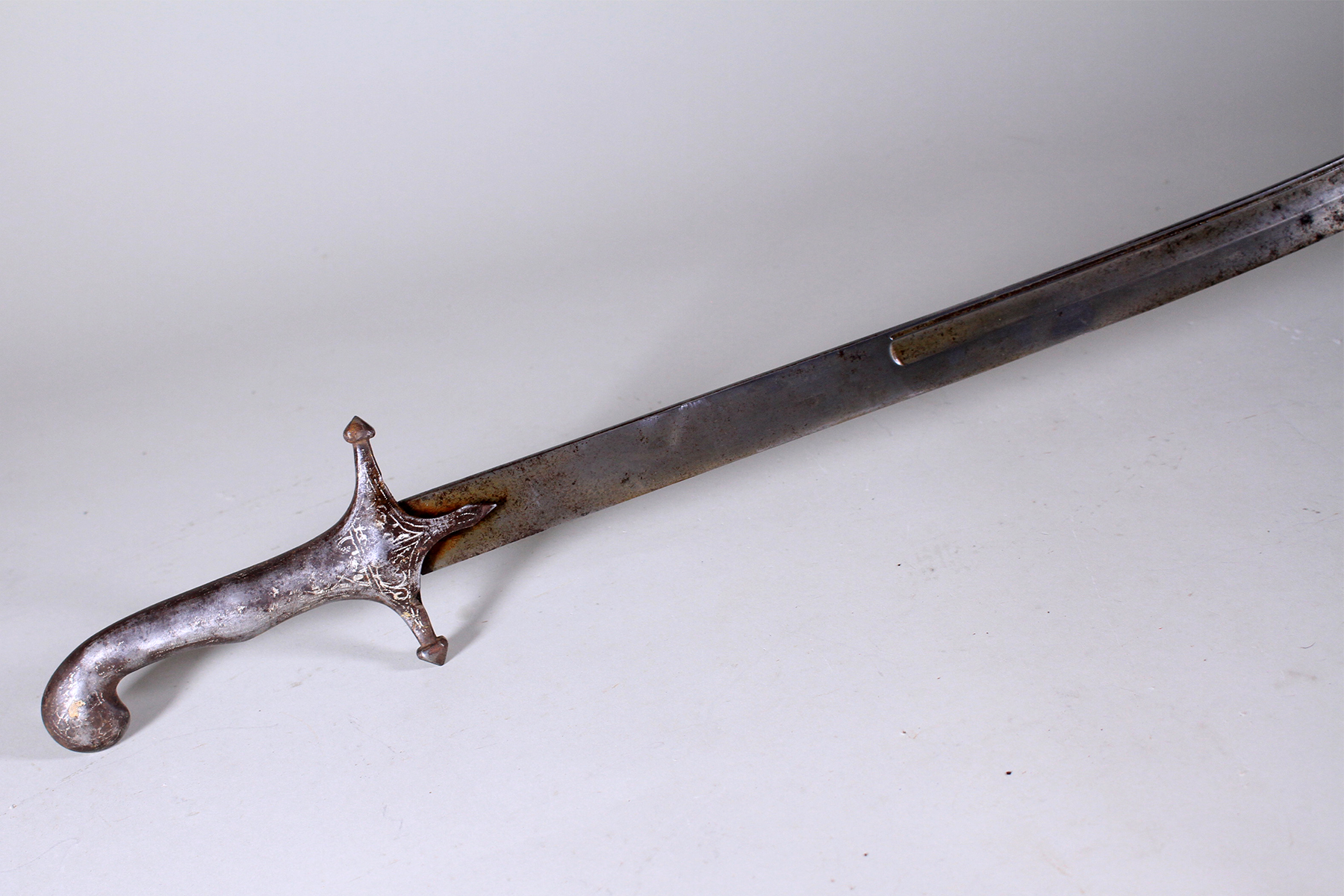 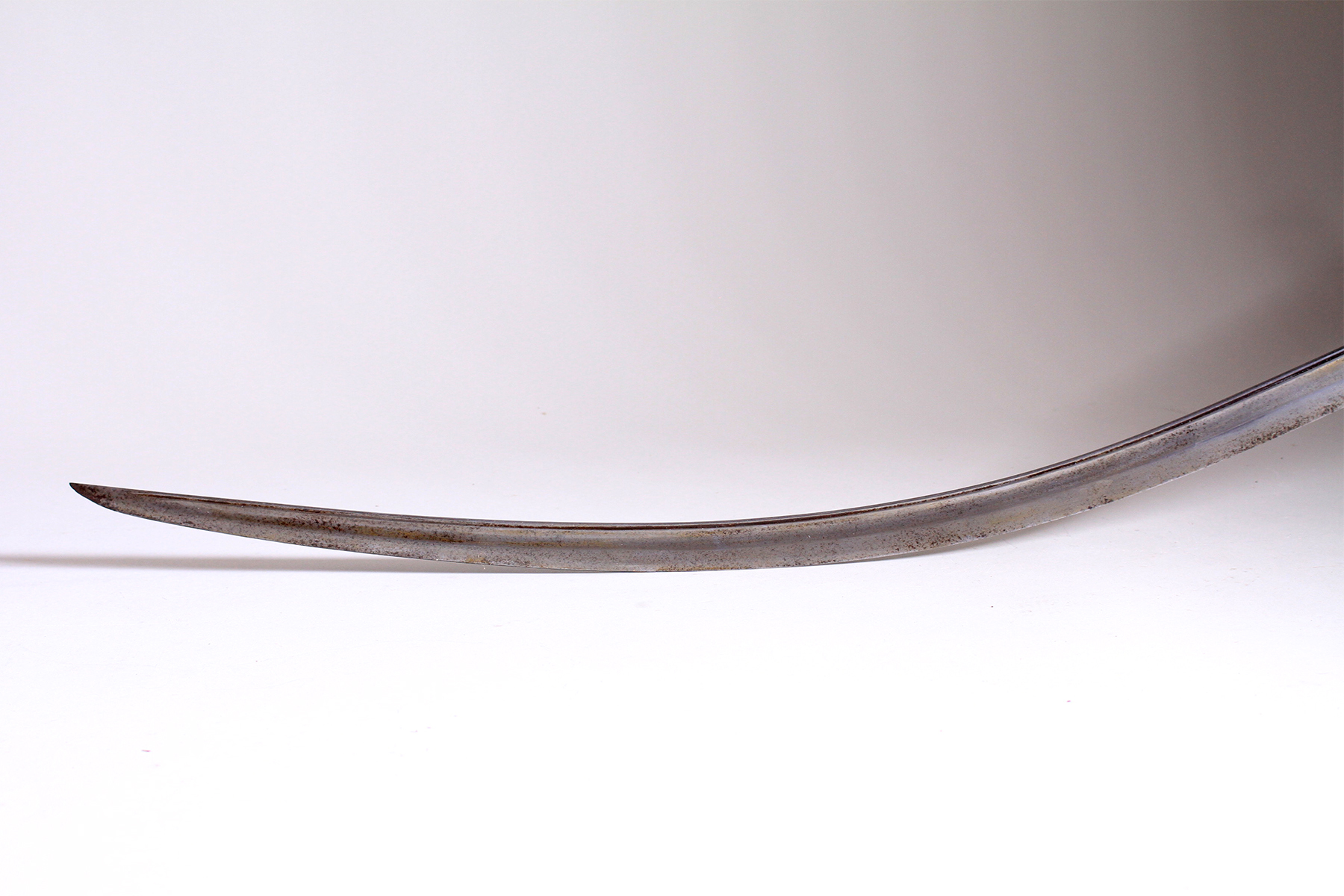 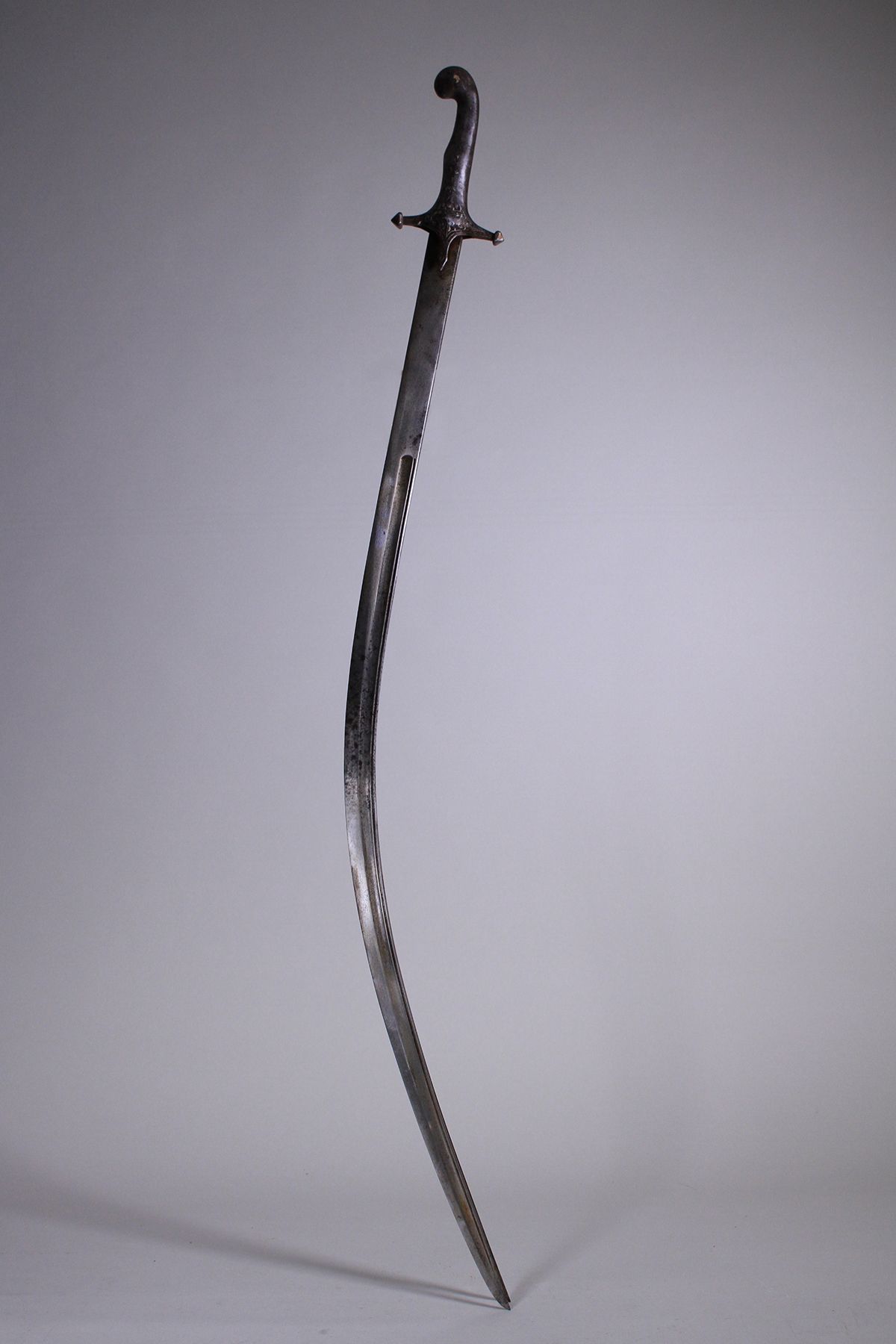 Zulfiqar,  the legendary sword of the Islam. According the tradition the  Zulfiqar sword was captured by Muhammad’s forces at the Battle of Badr in 623/4. Muhammad eventually passed the sword to his son-in-law Ali, who successfully fought with it several battles and it ultimately became an important emblem of Islam.

The legend tell that the original Zulfiqar sword had a split blade. This inspired many interpretations by sword makers  over the ages, and numerous variations of the split blades were suggested and brought up in swords, daggers and knives of the Islamic culture.

The Zulfiqar shamshir offered here is Persian Qajar period, mid 19 C. in the style known as revival sword, imitating earlier Islamic swords. Very good steel blade, possibly watered steel (Wootz). The blade tip  is split along the spine for almost a third of the blade length, quite an achievement of the sword maker. Whole steel handle with traces of silver koftgari decoration. 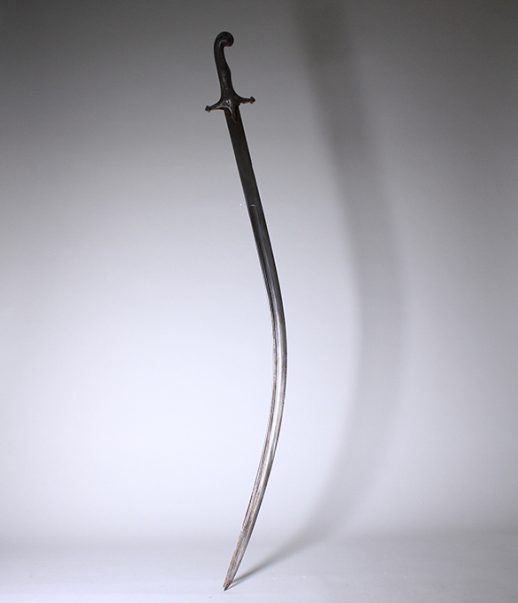 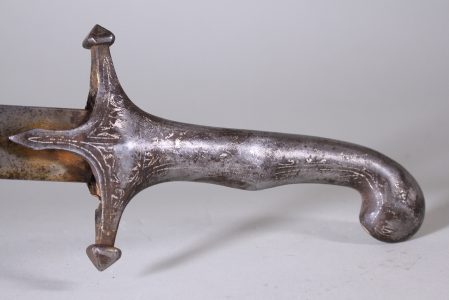 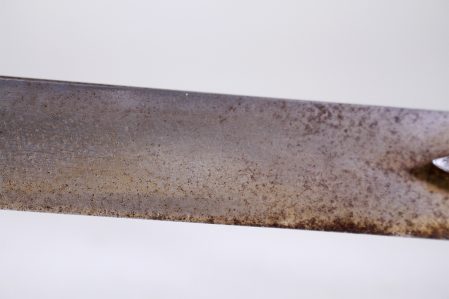 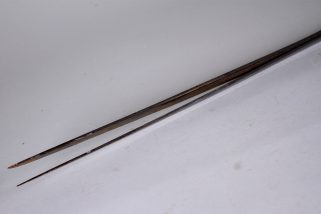 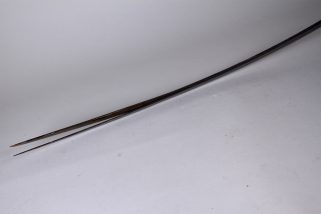 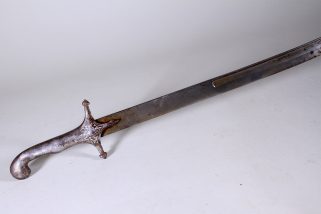 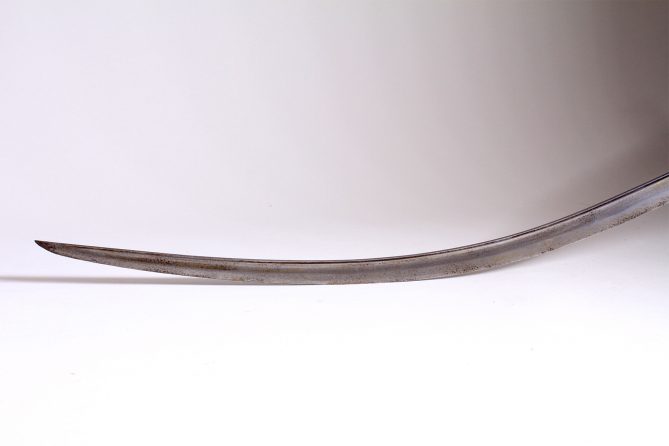 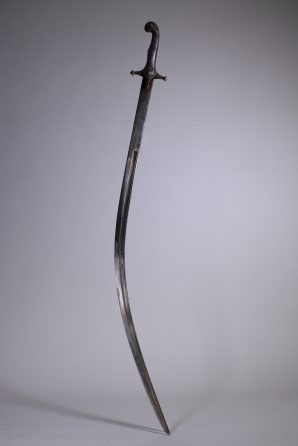 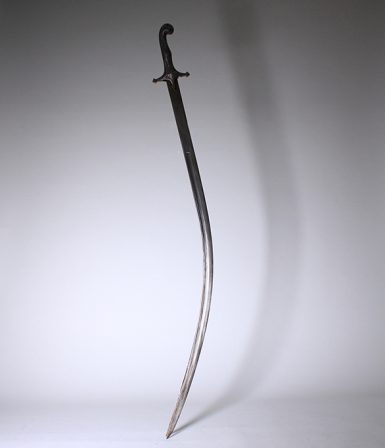