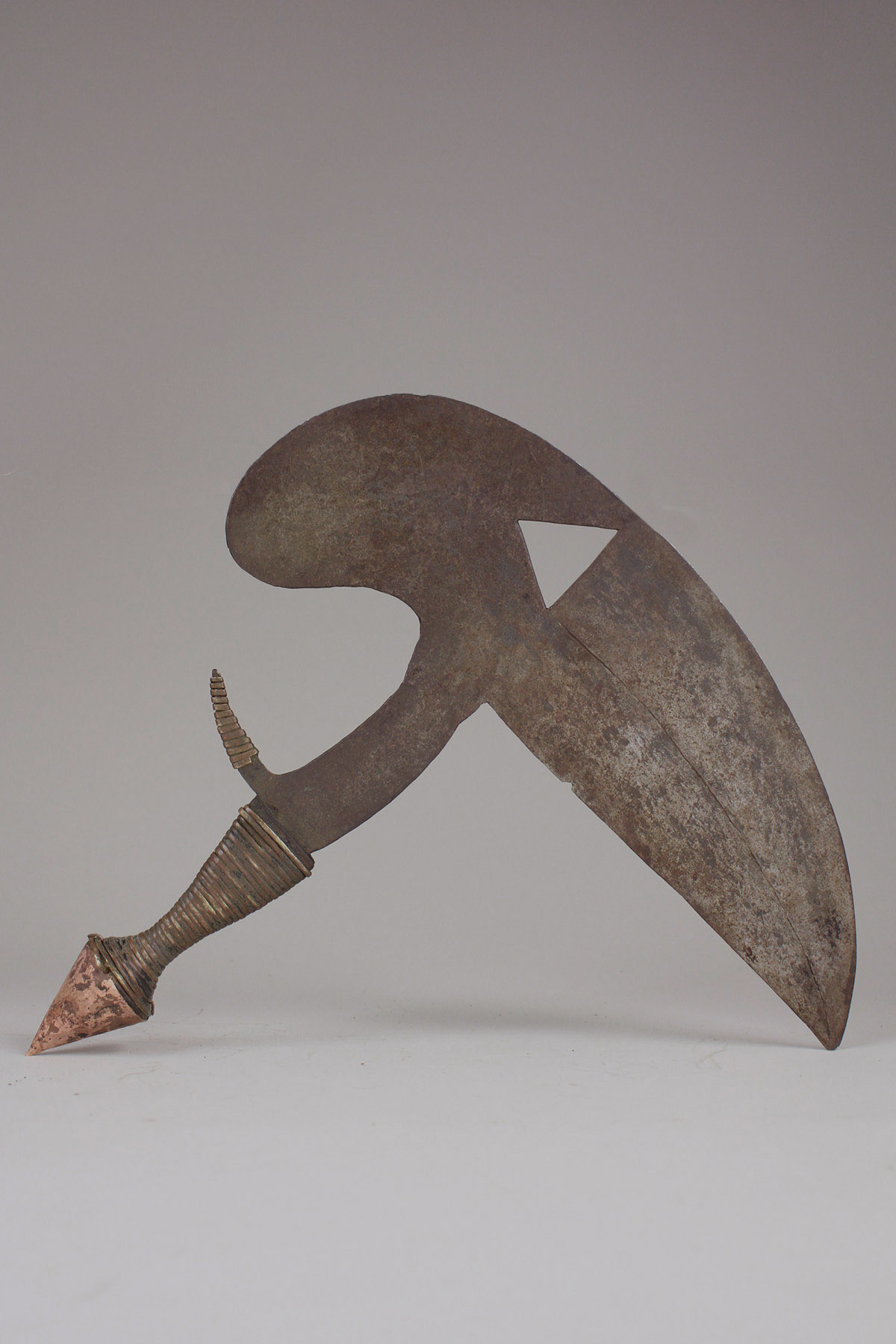 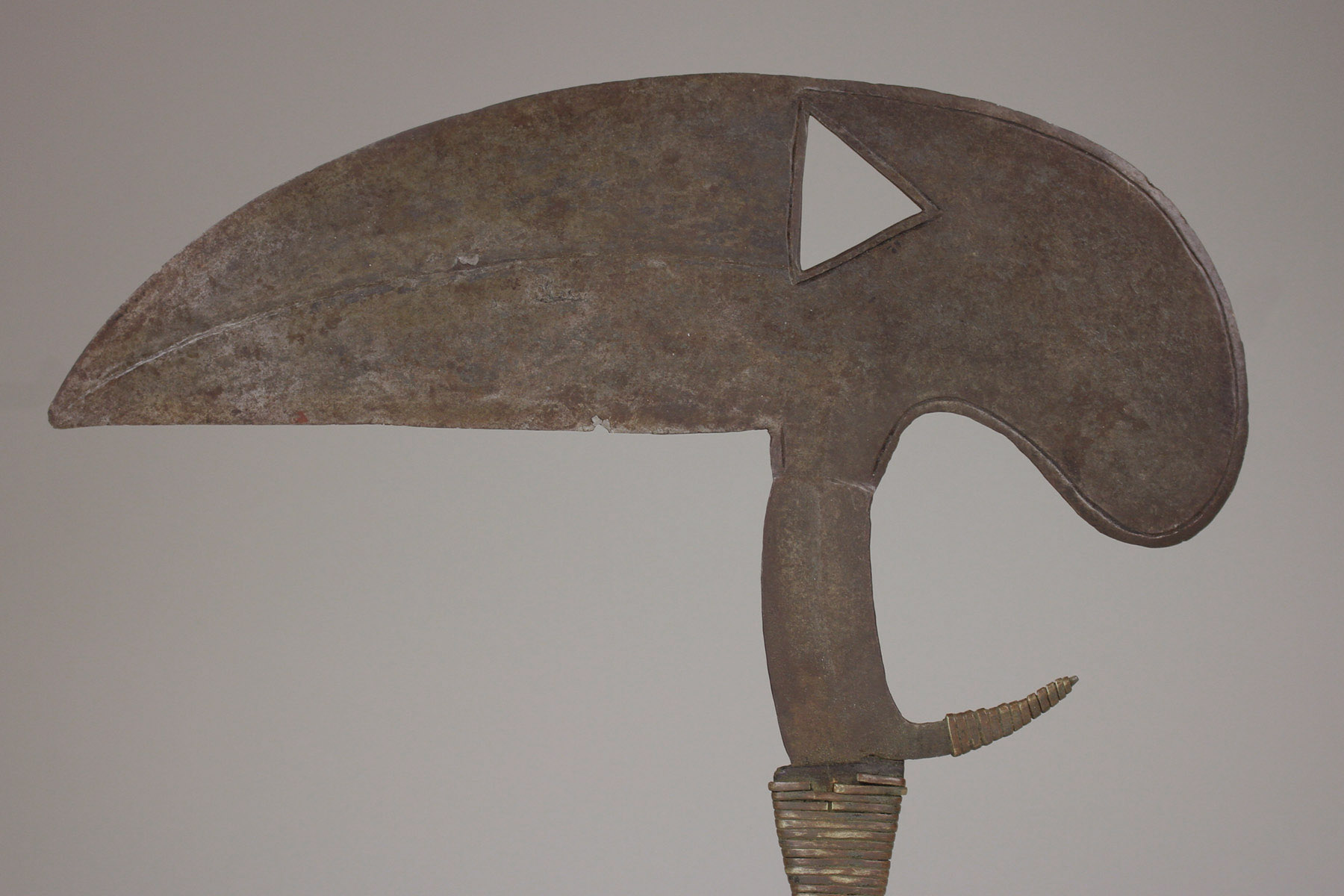 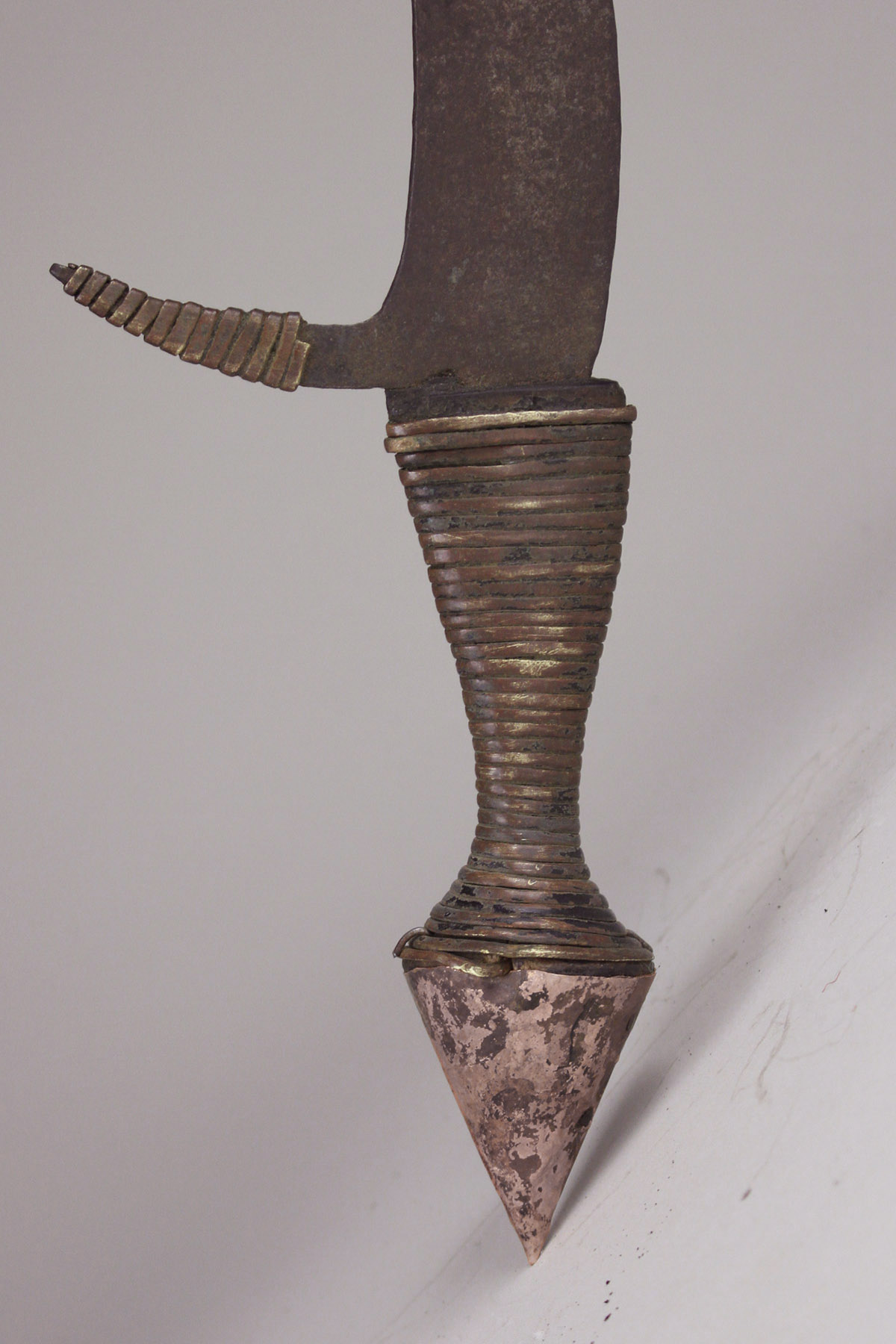 This is an Onzil, but mistakenly these knives are called Throwing Knives, although they were never meant to be used as a weapon. They are mostly ceremonial and also used in certain religious processions . The shape of the blade is in the style of the Hornbill head, a bird much admired in Africa, hence the usual title “bird head knife”. Most probably originated by the Kota people from Gabon and later adopted by the Fang and other neighboring tribes. 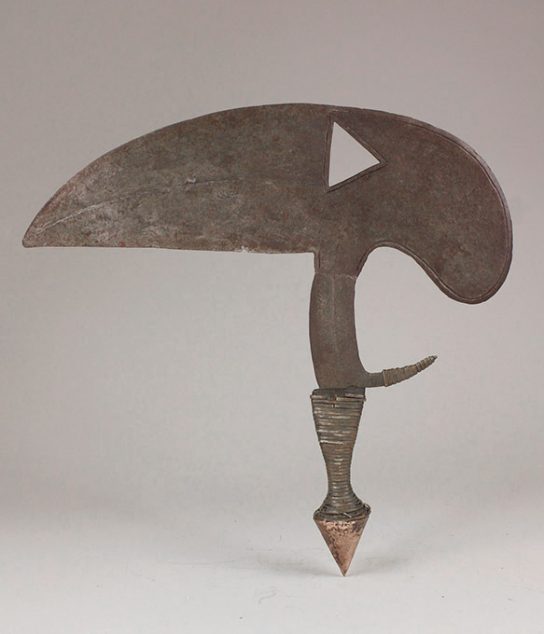 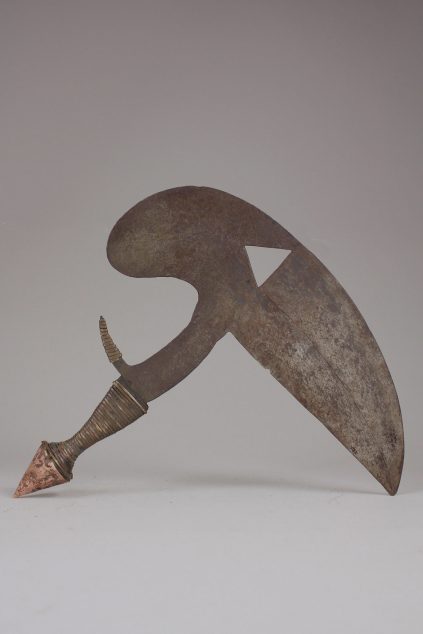 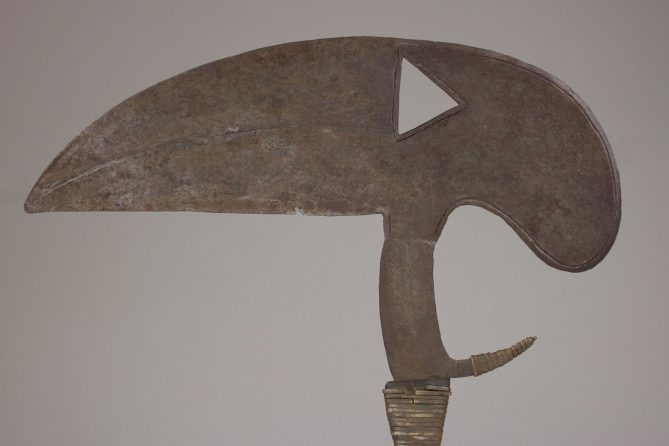 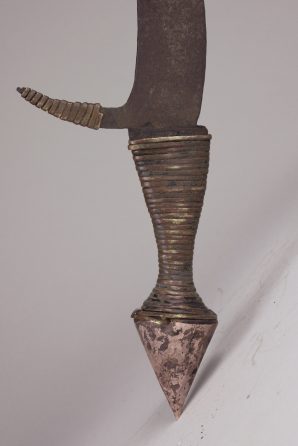 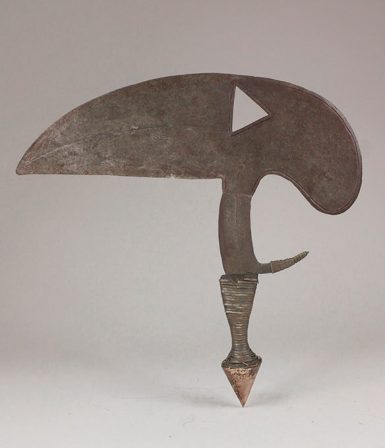