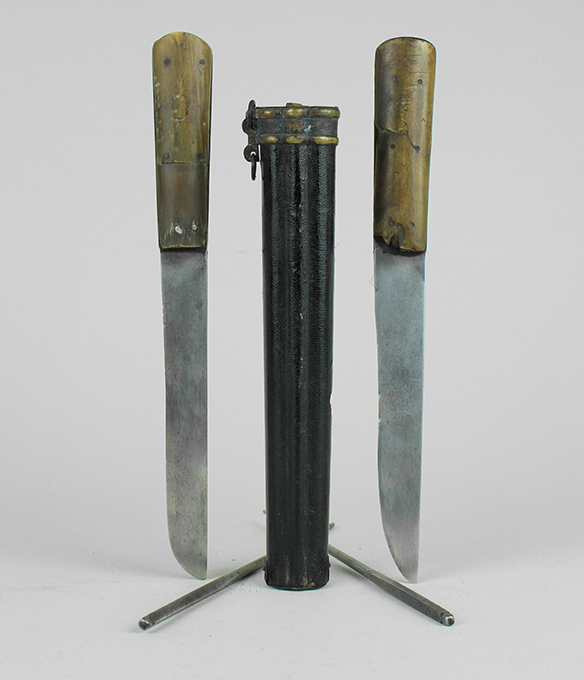 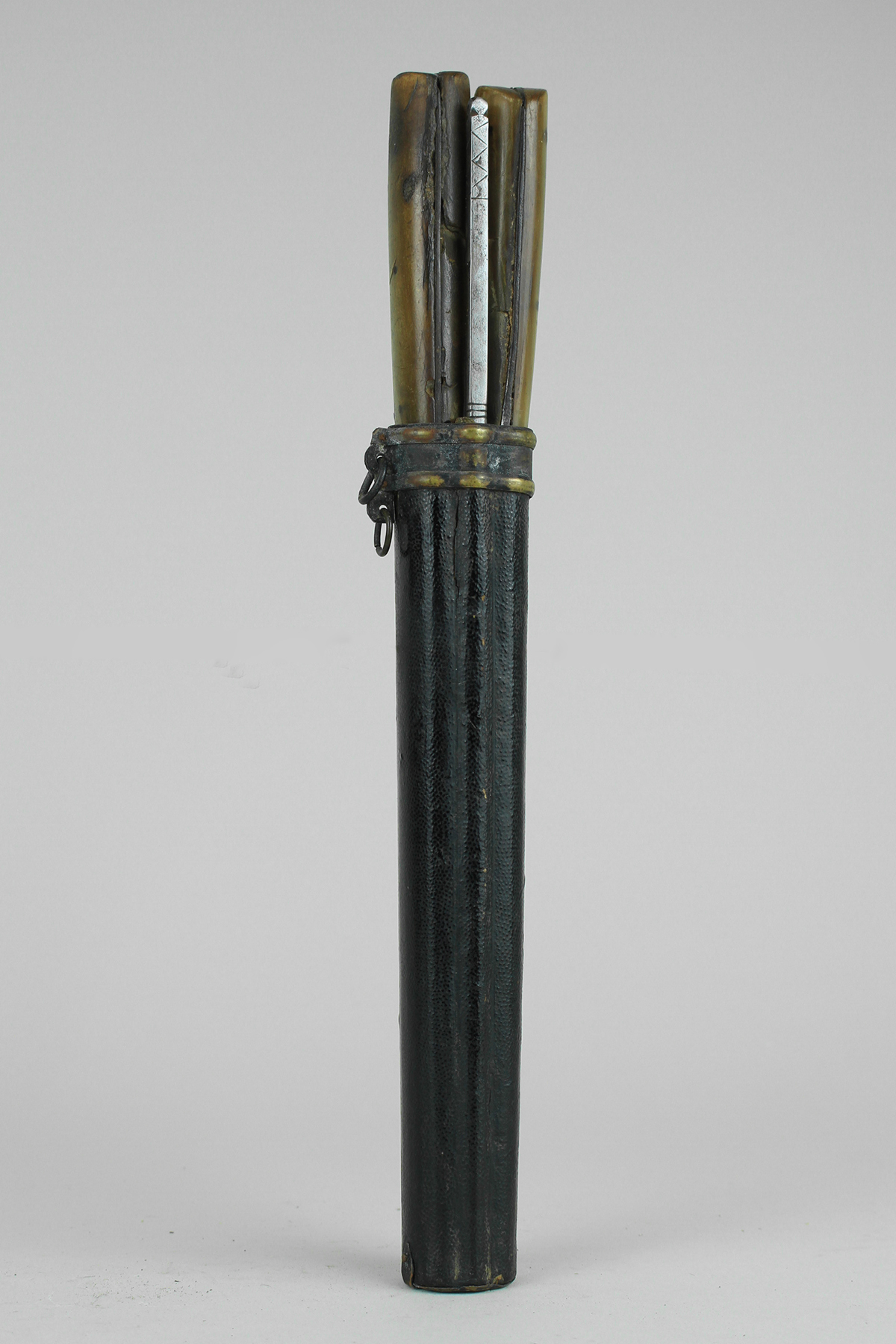 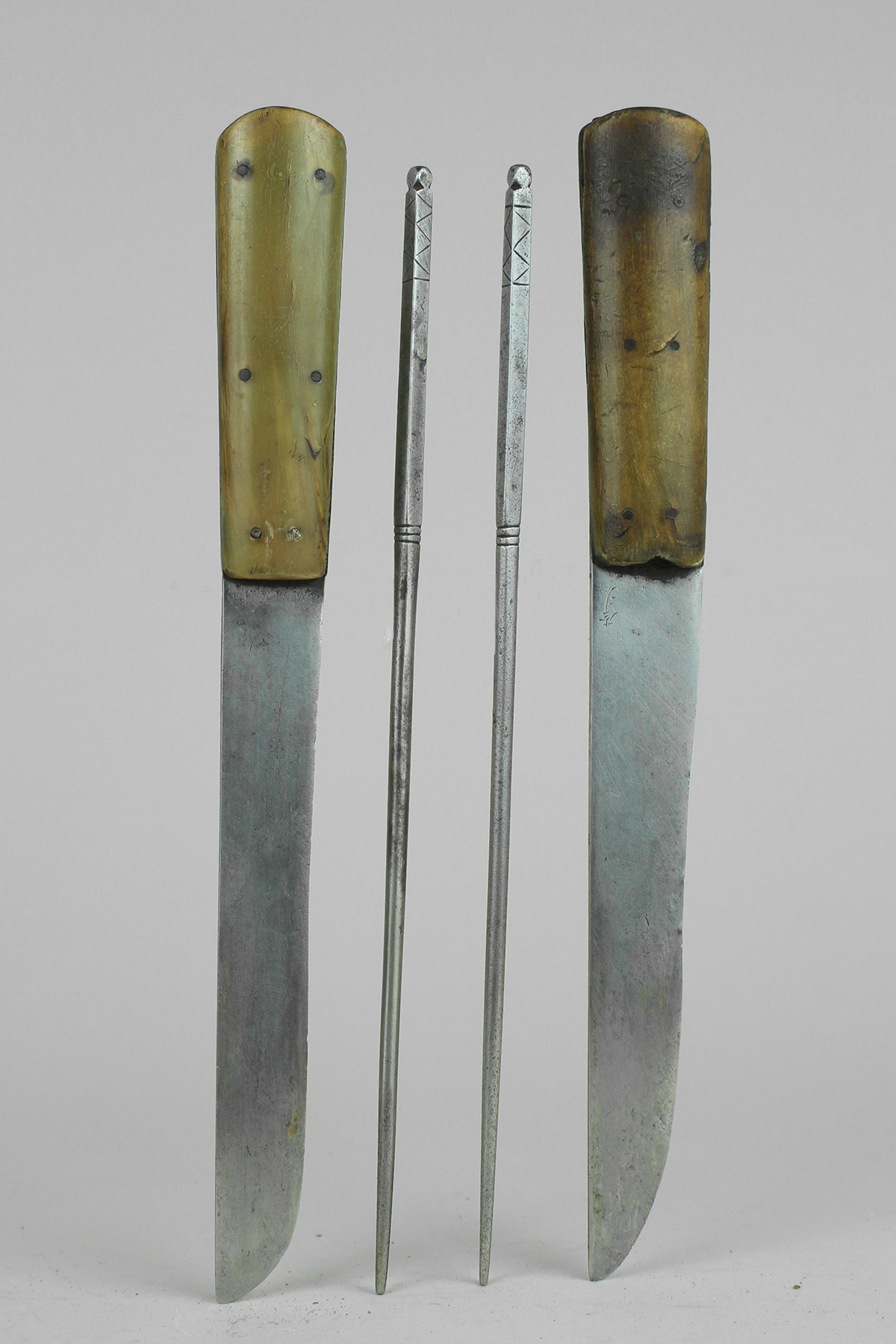 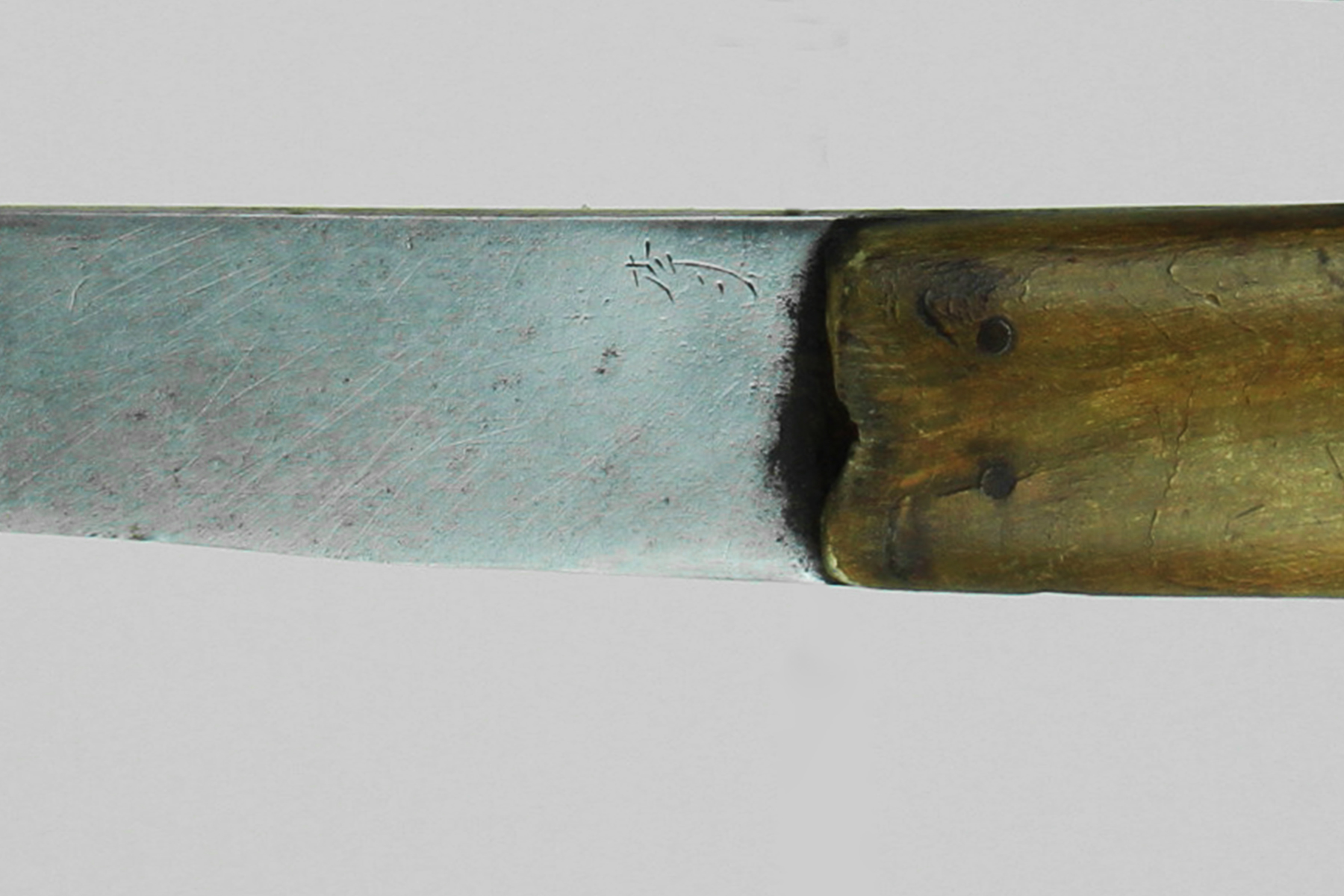 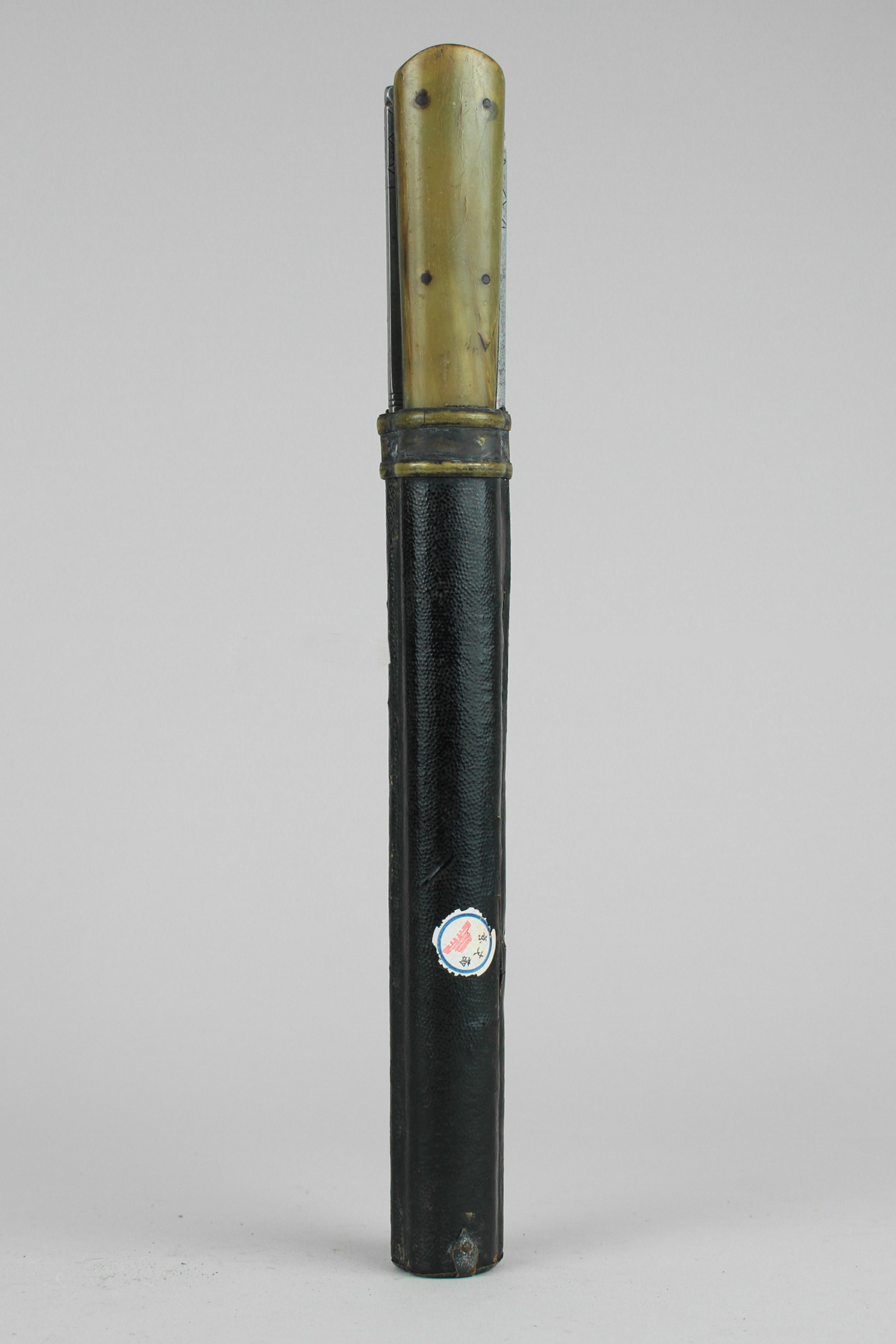 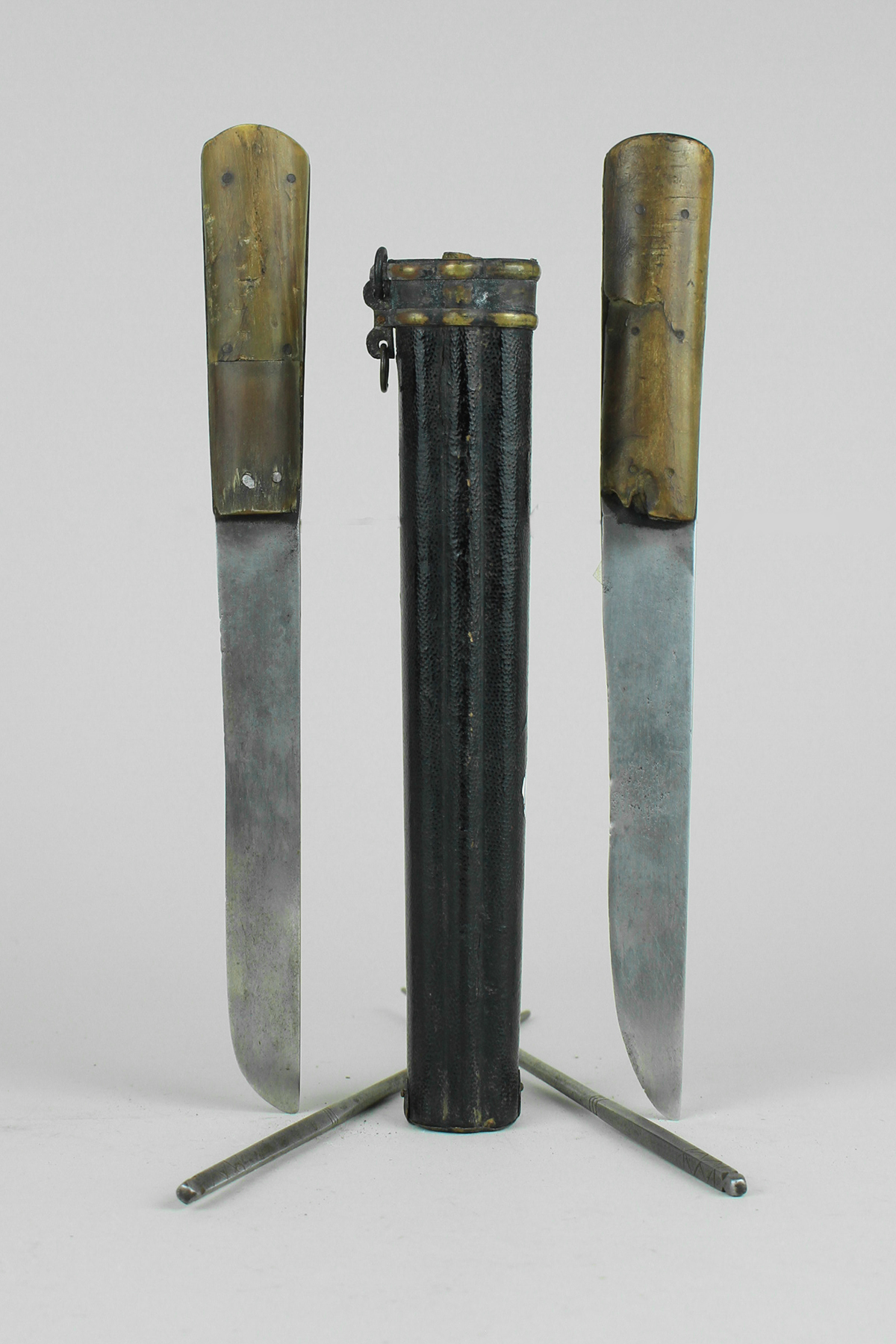 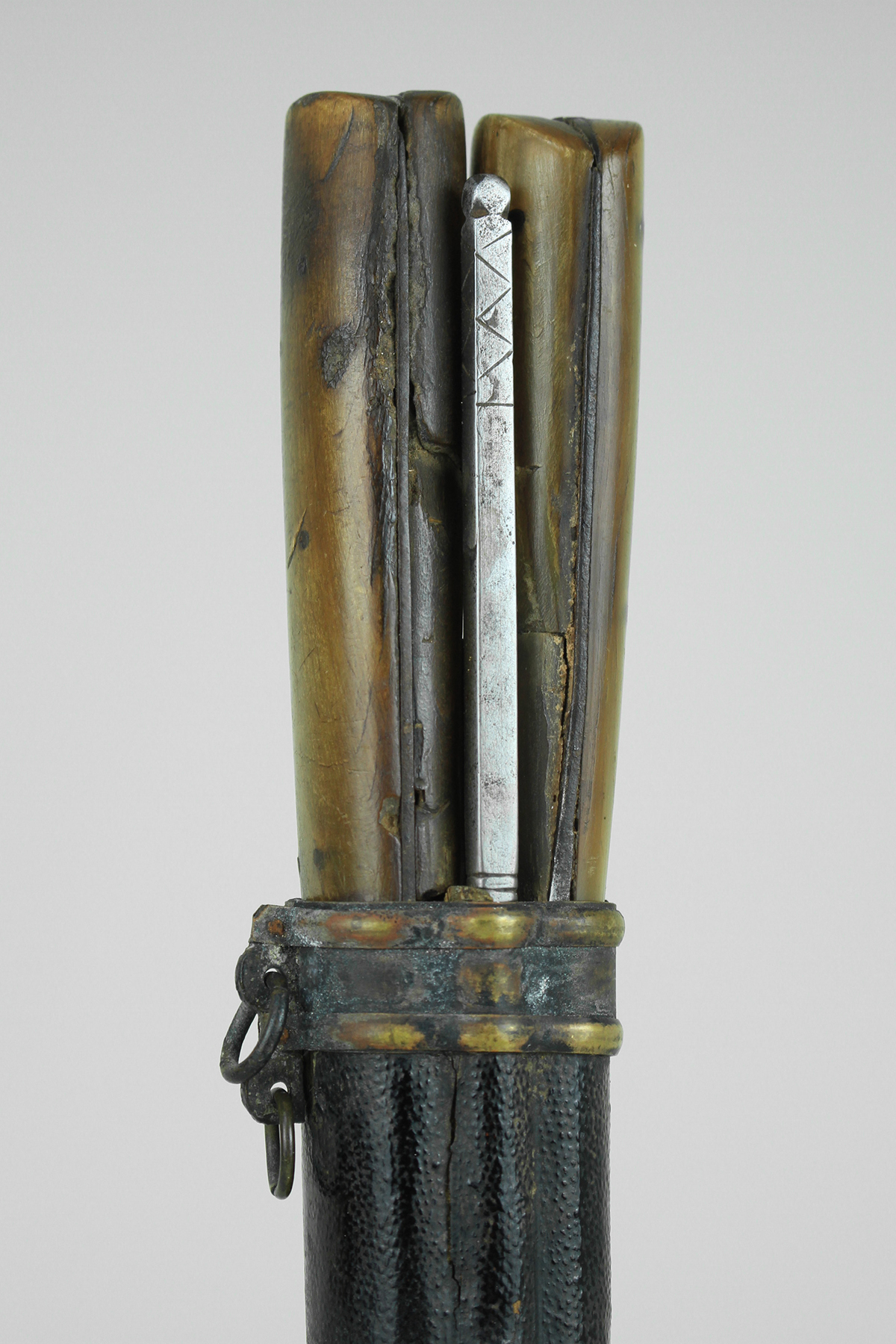 The origin of the trousse known as “Chinese eating set”  is most probably Manchuria, and it penetrated the Chinese world with the reign of the Manchu  Qing dynasty. As from the 18C. and on. Similar sets spread all over the area under Chinese influence from Tibet to Mongolia . We have seen similar sets also in Japan and Korea.

The large Chinese trousses offered here comprises of two big knives with horn grips and two steel chopsticks. One of the blades is engraved with a Chinese character. All come in one scabbard covered with leather and with brass mounts. Thus set was most probably intended for general use and not only as eating utensils. mid – late 19 C. 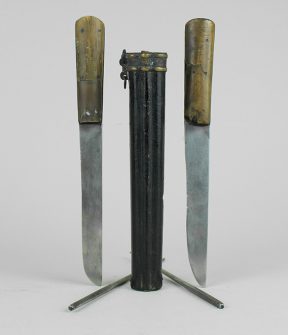 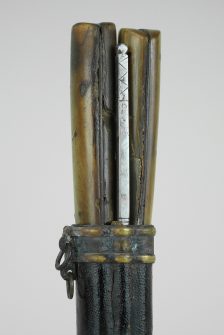 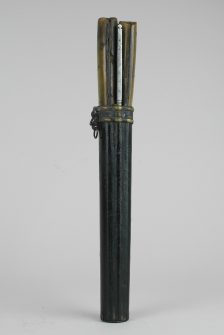 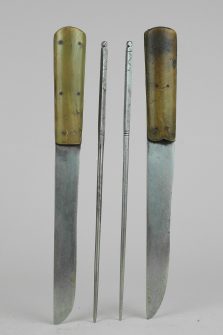 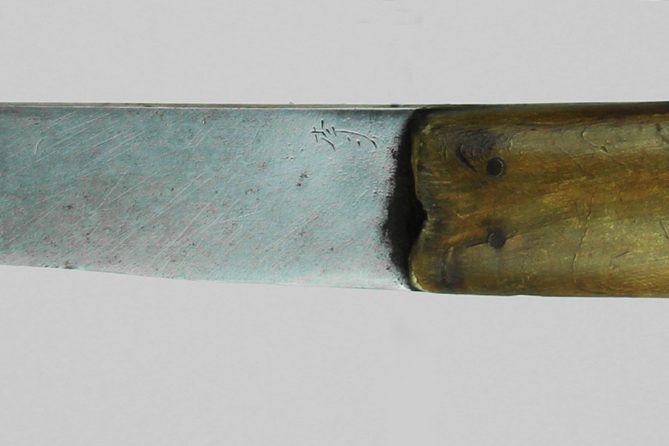 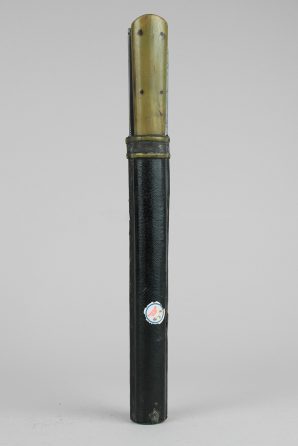 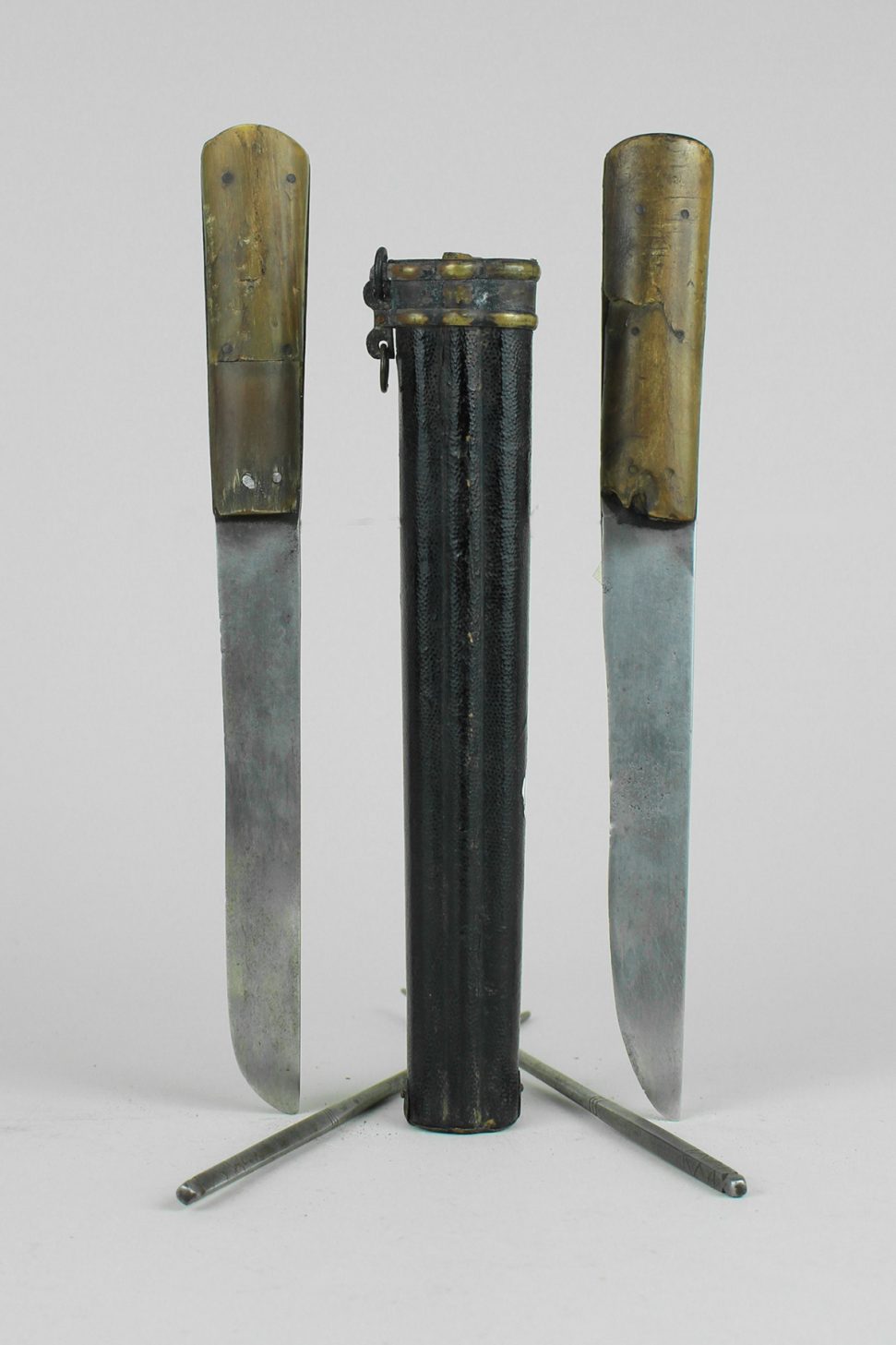 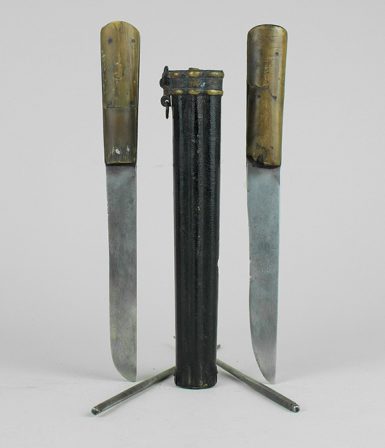