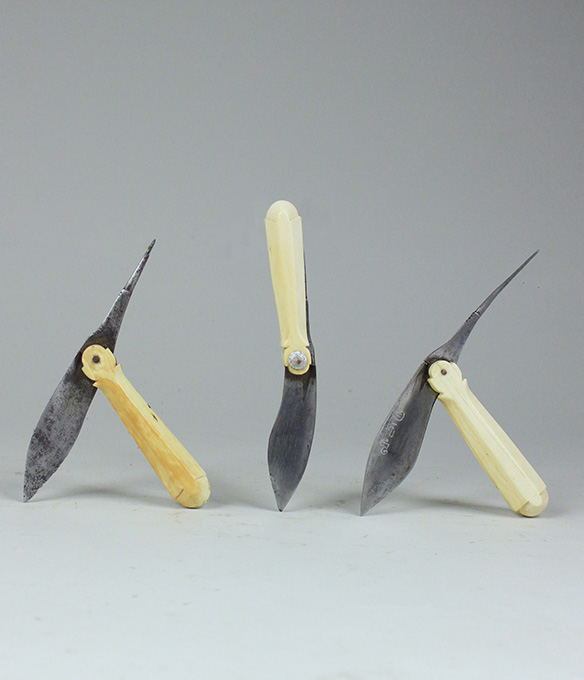 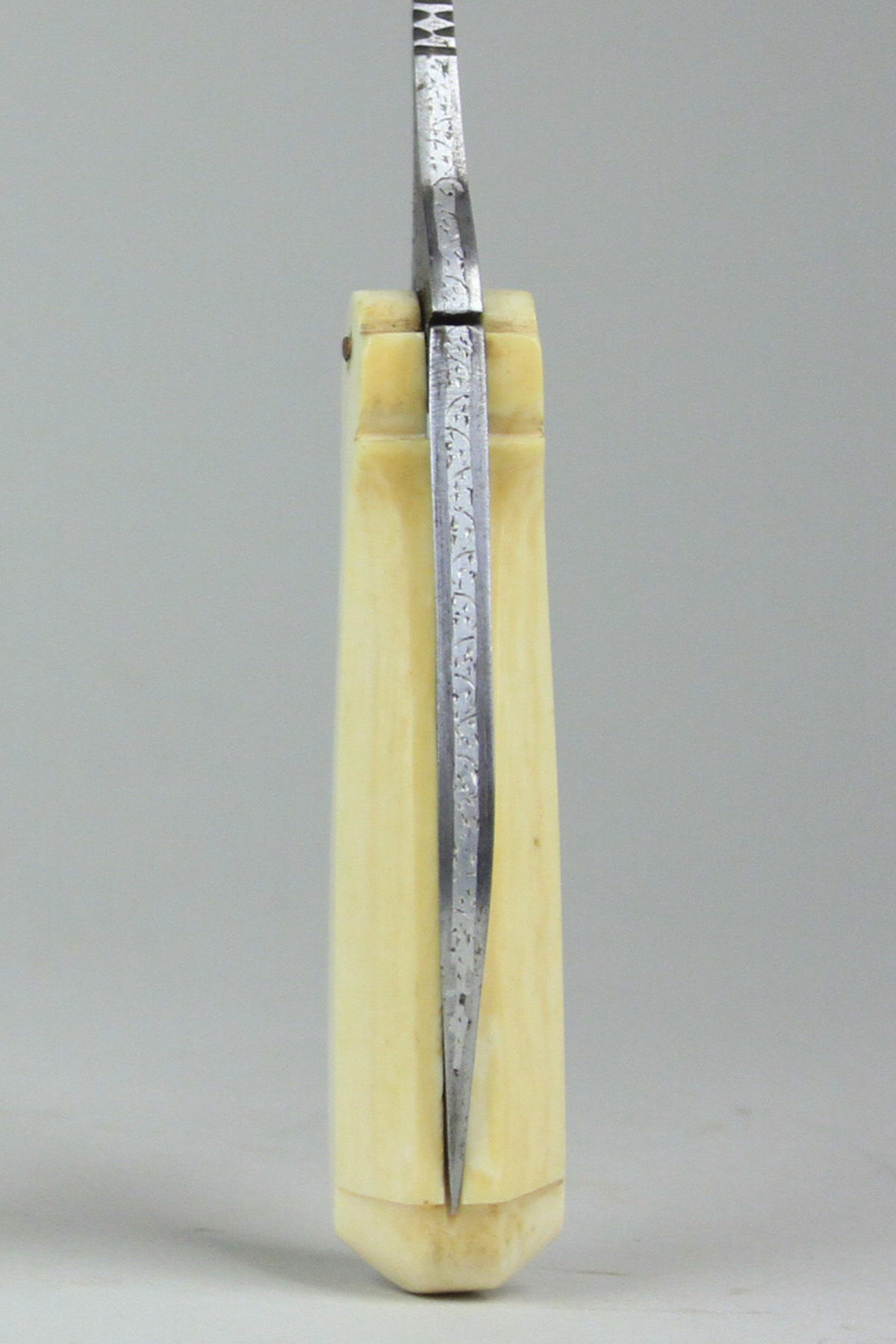 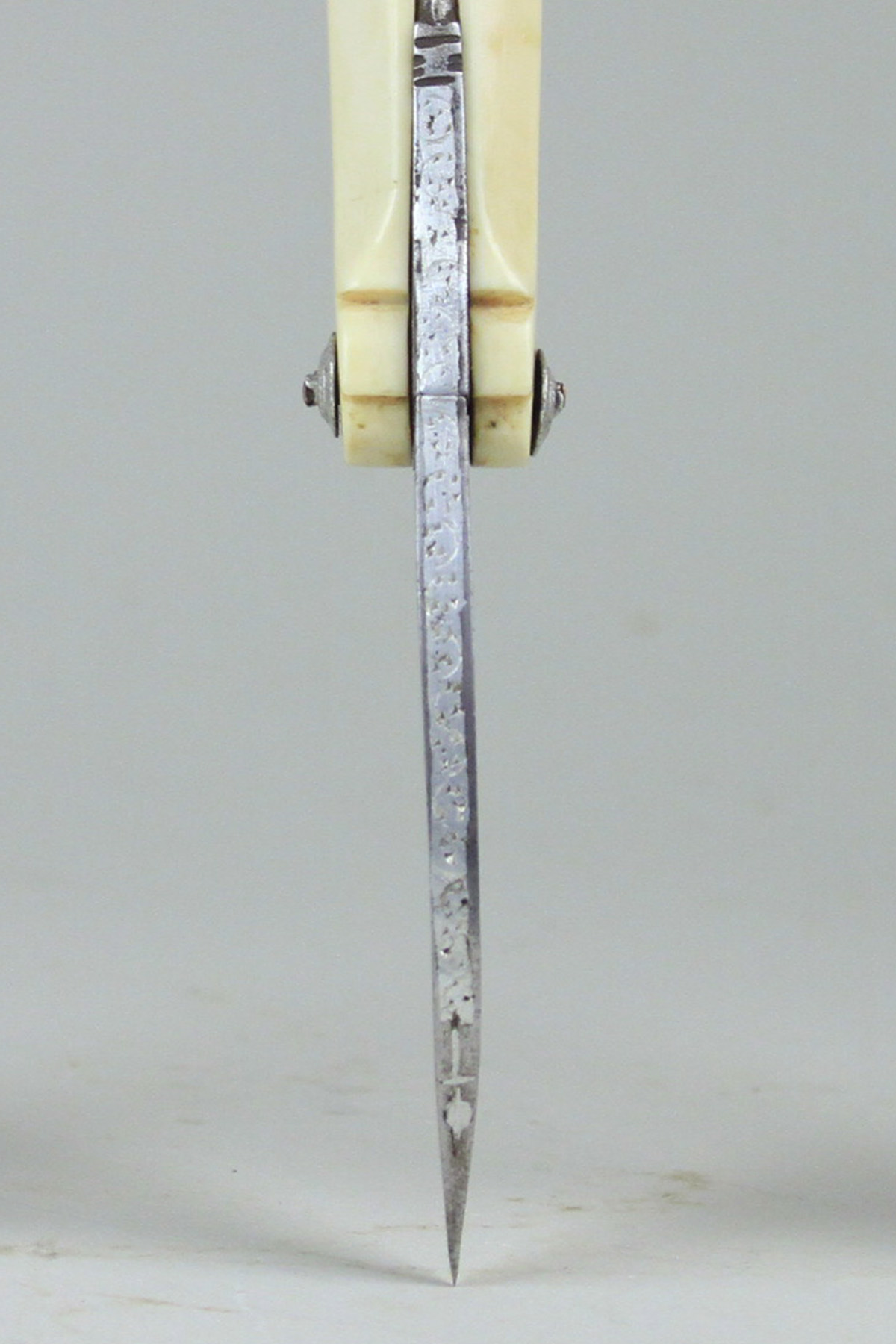 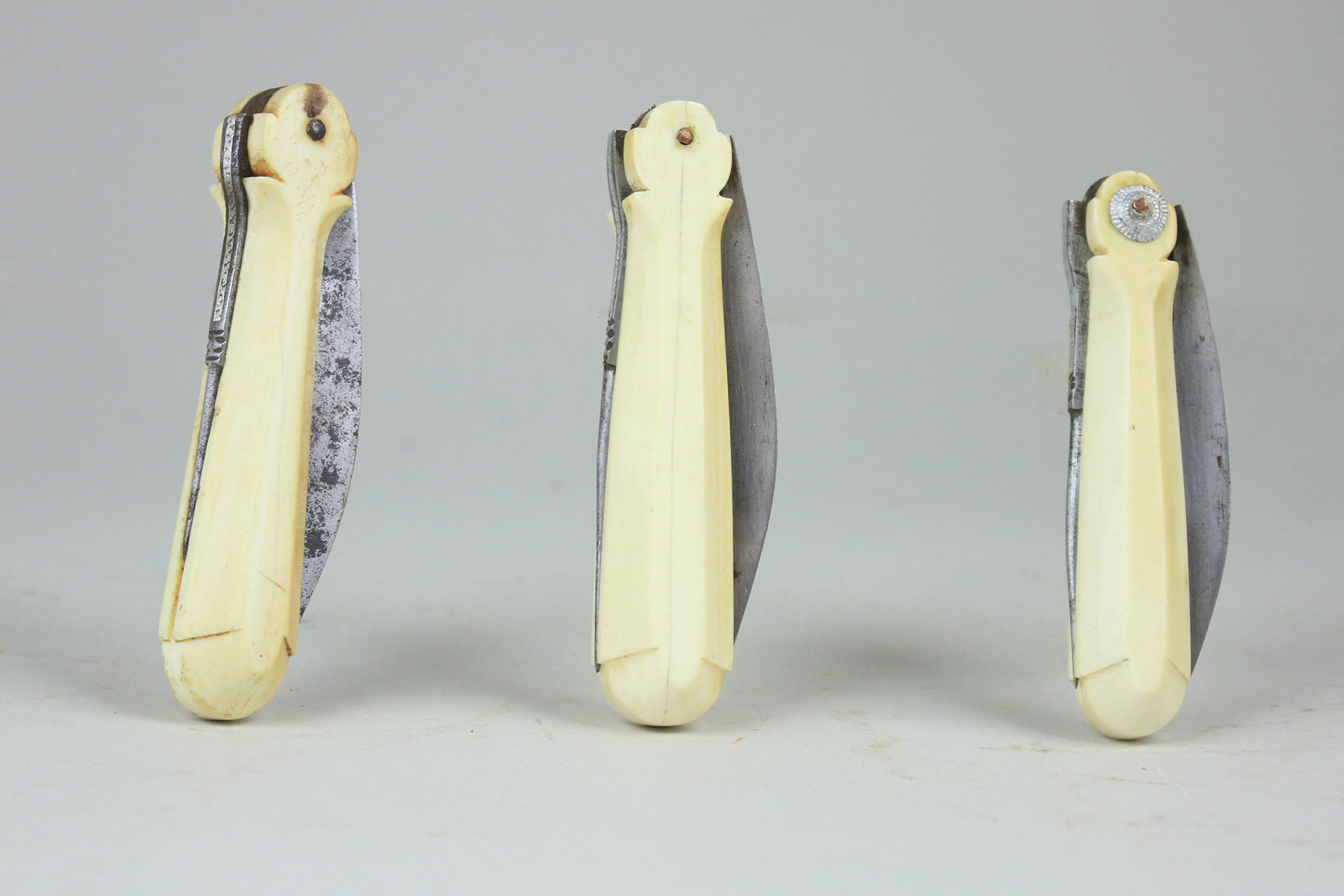 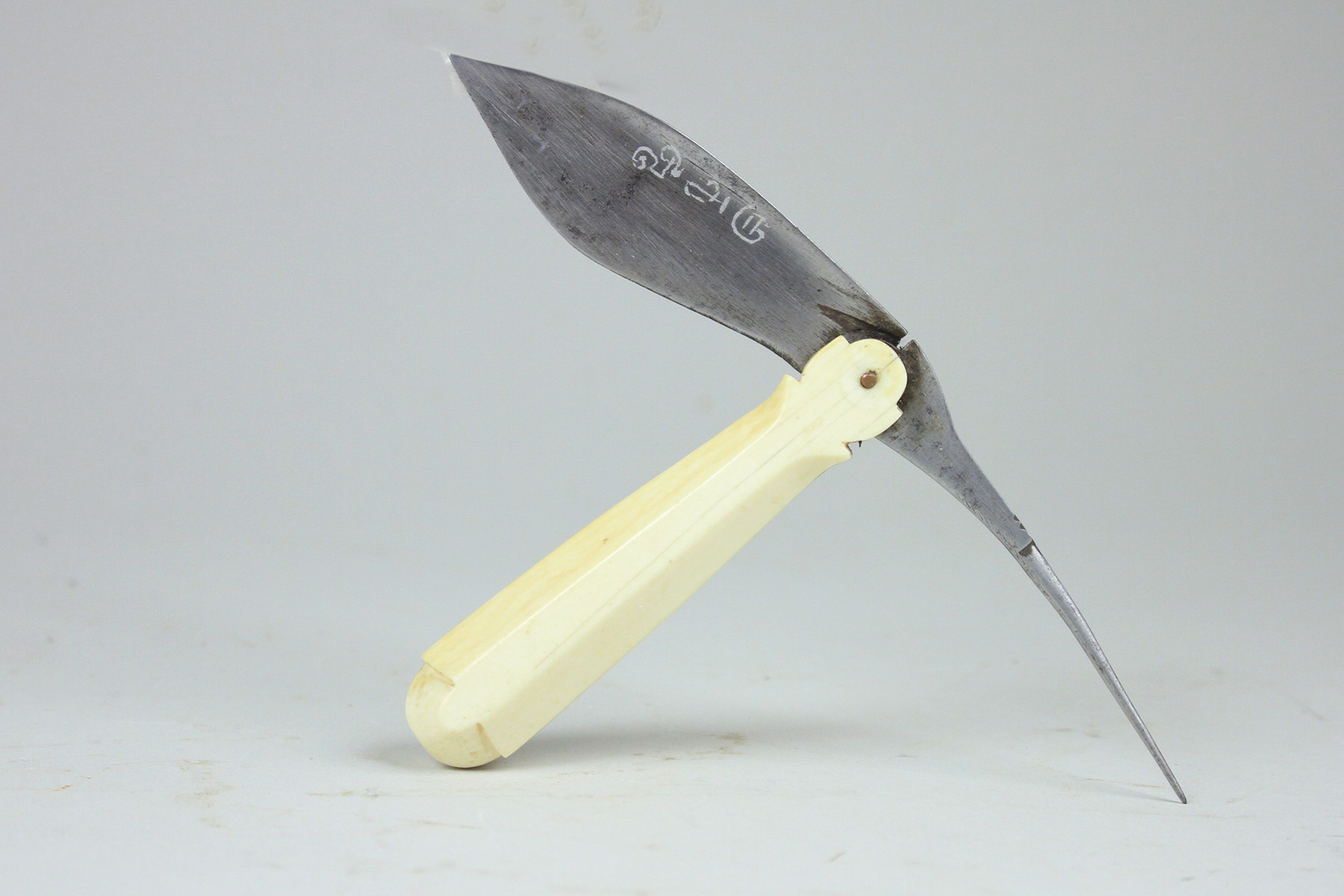 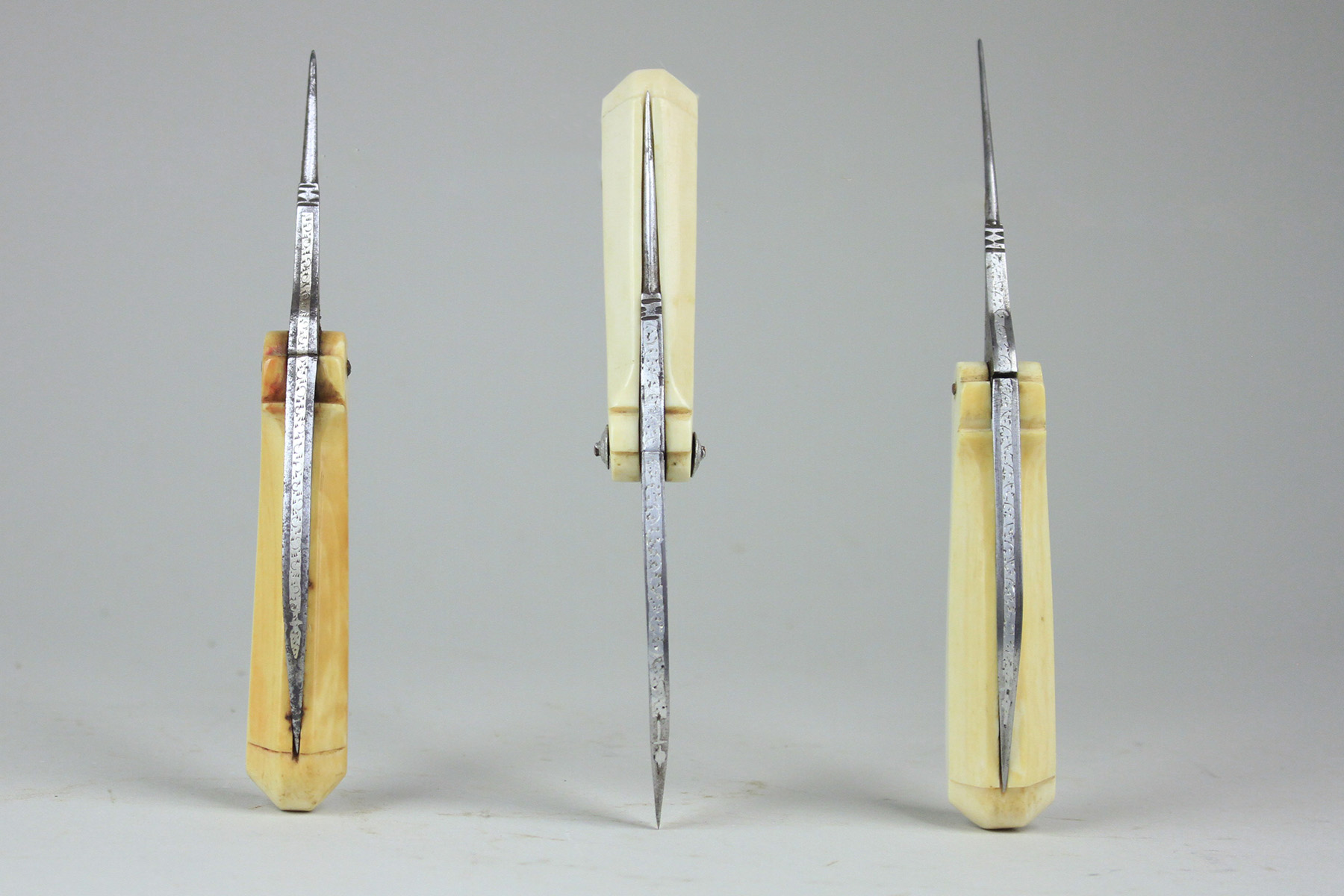 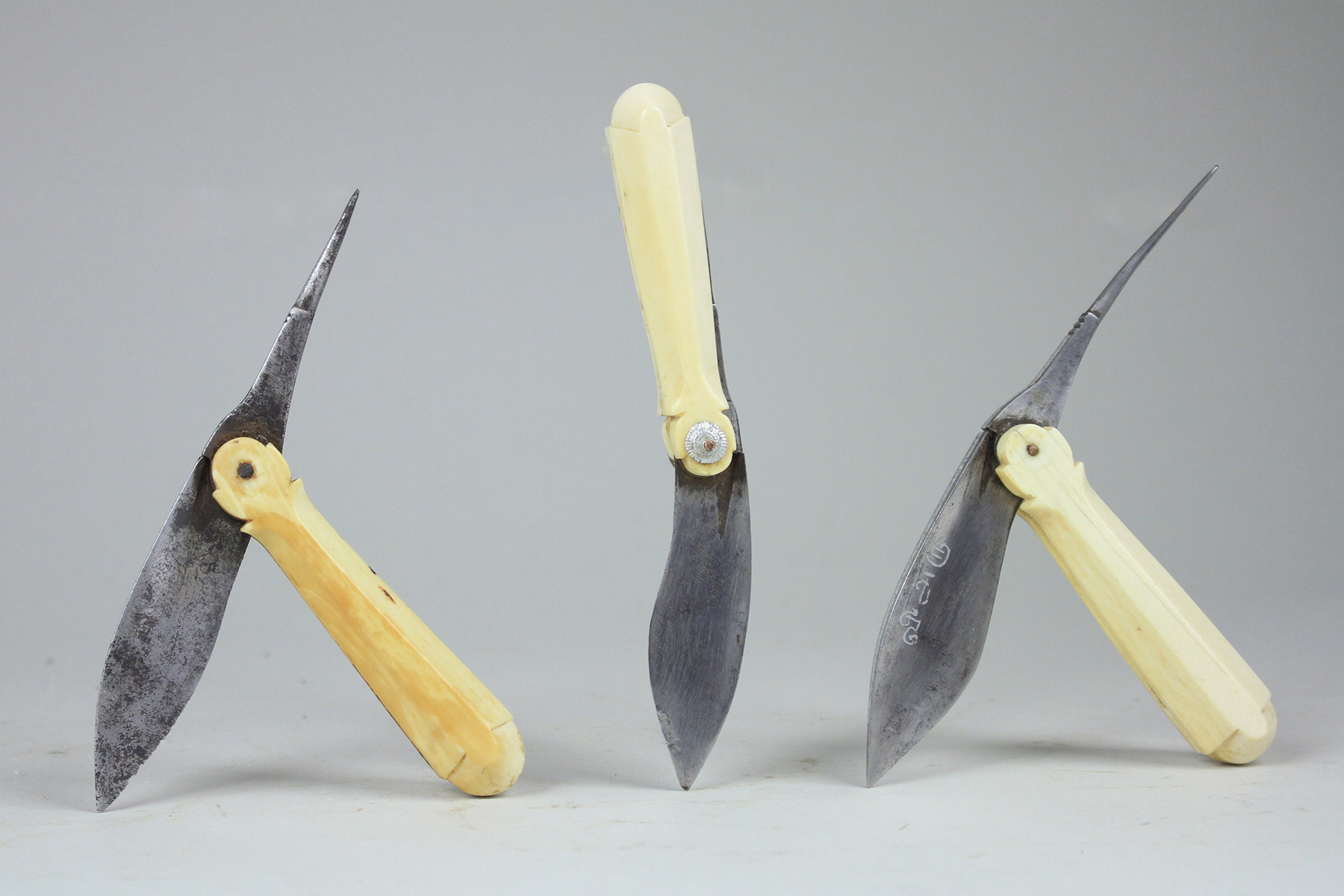 These small folding knives are coming from Tamil Nadu in South India, although in many years they were attributed to several  other origins:  Burma Thailand, Indonesia and China to mention few.

These small folders has a short heavy blade and a sharp back spike both folding into the handle which may be made from wood, horn or ivory as the case is in the three offered here. One of the blade is inscribed and the spine of the spikes are inlaid with silver.

These are actually tools used by the Nattukottai Chettiers who were the bankers and money lenders of South India. they lived around Sivagaanga ,Tamil Nadu in the  Kingdom of Ramnad.

The family’s were active for many hundreds of years but declined after Independence. The knives were used for cutting palms leaves and the spike was used as a pen  to inscribe on the leaves. Some of the knives were handed down father to son through the generations.

Thanks to R. Elvis who helped with the identification 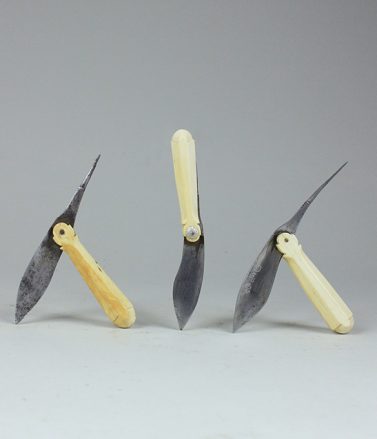 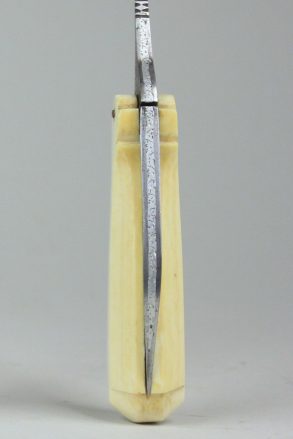 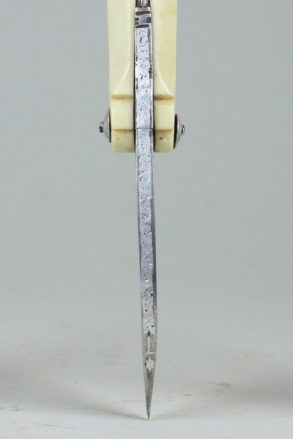 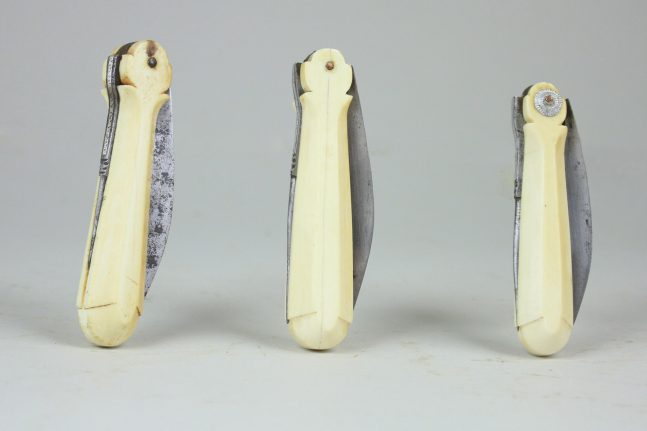 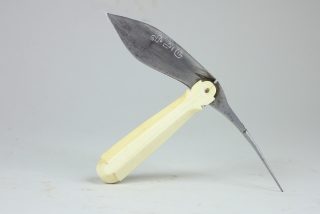 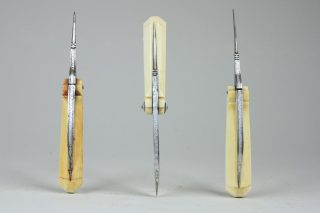 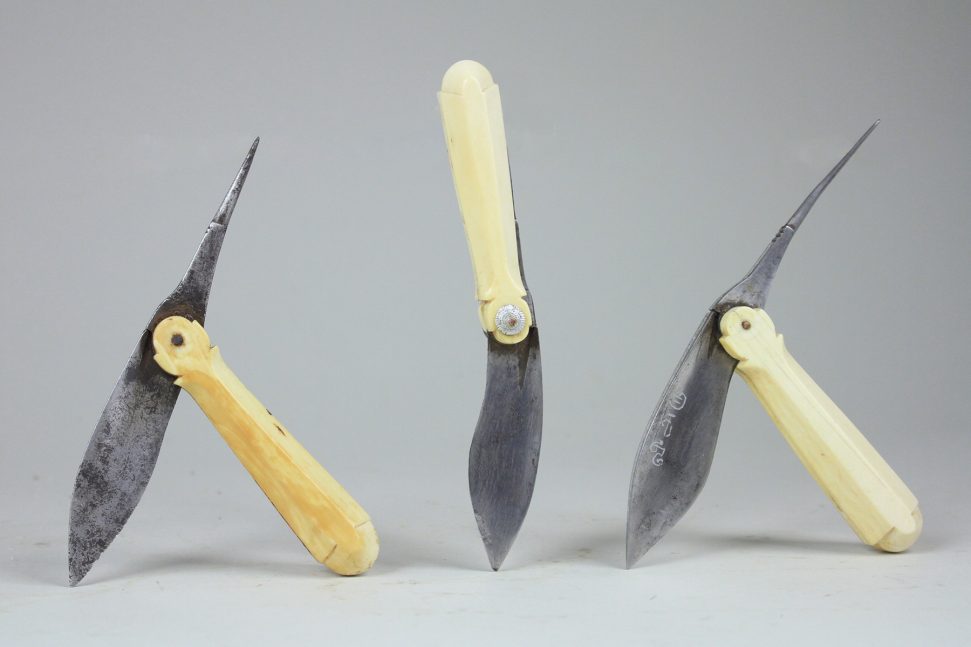 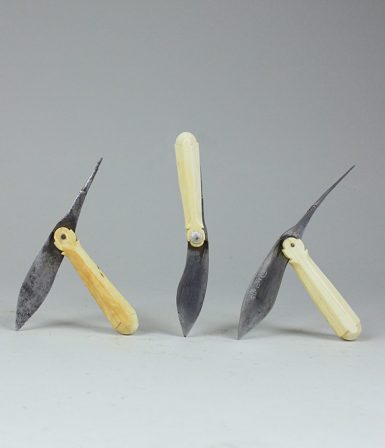