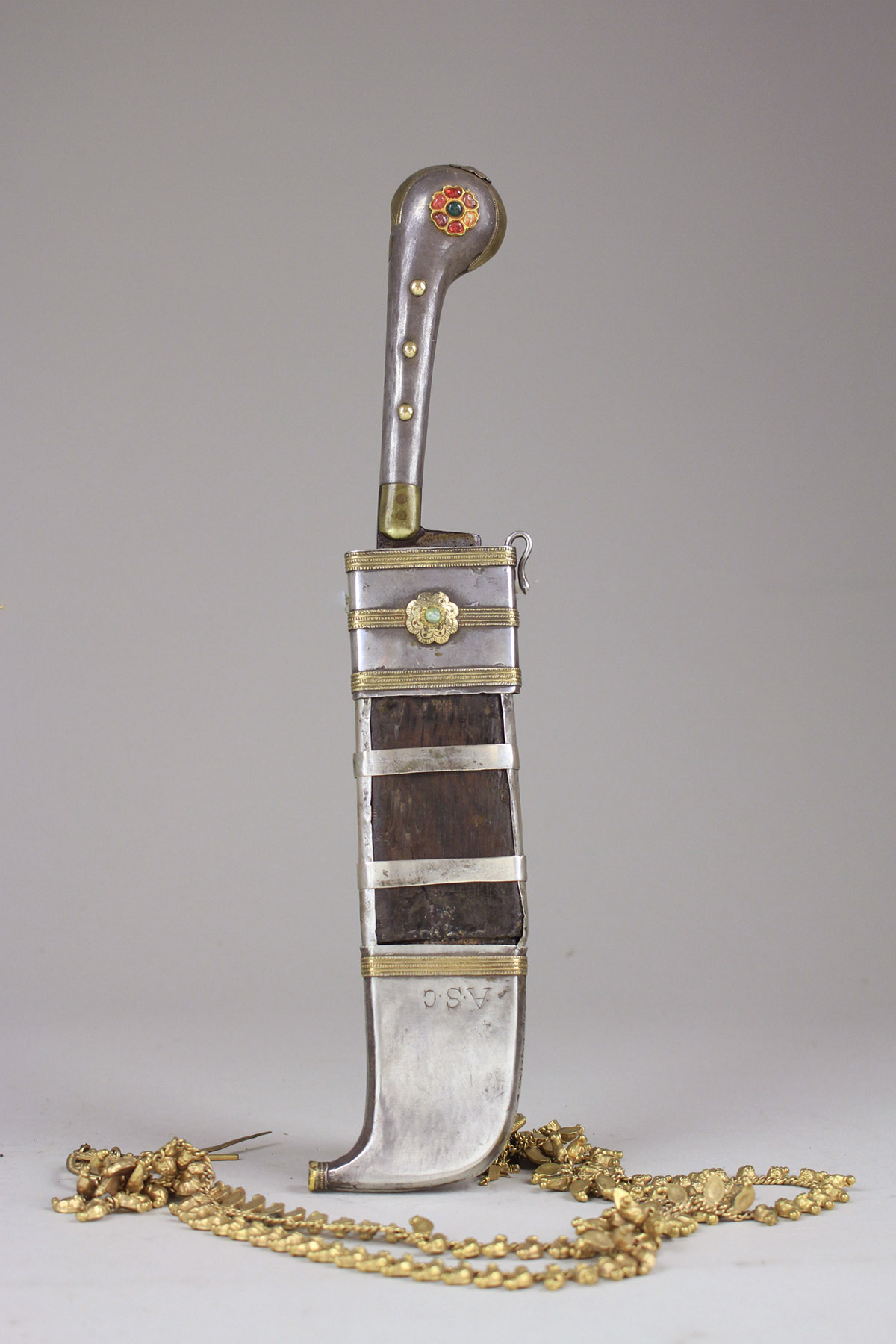 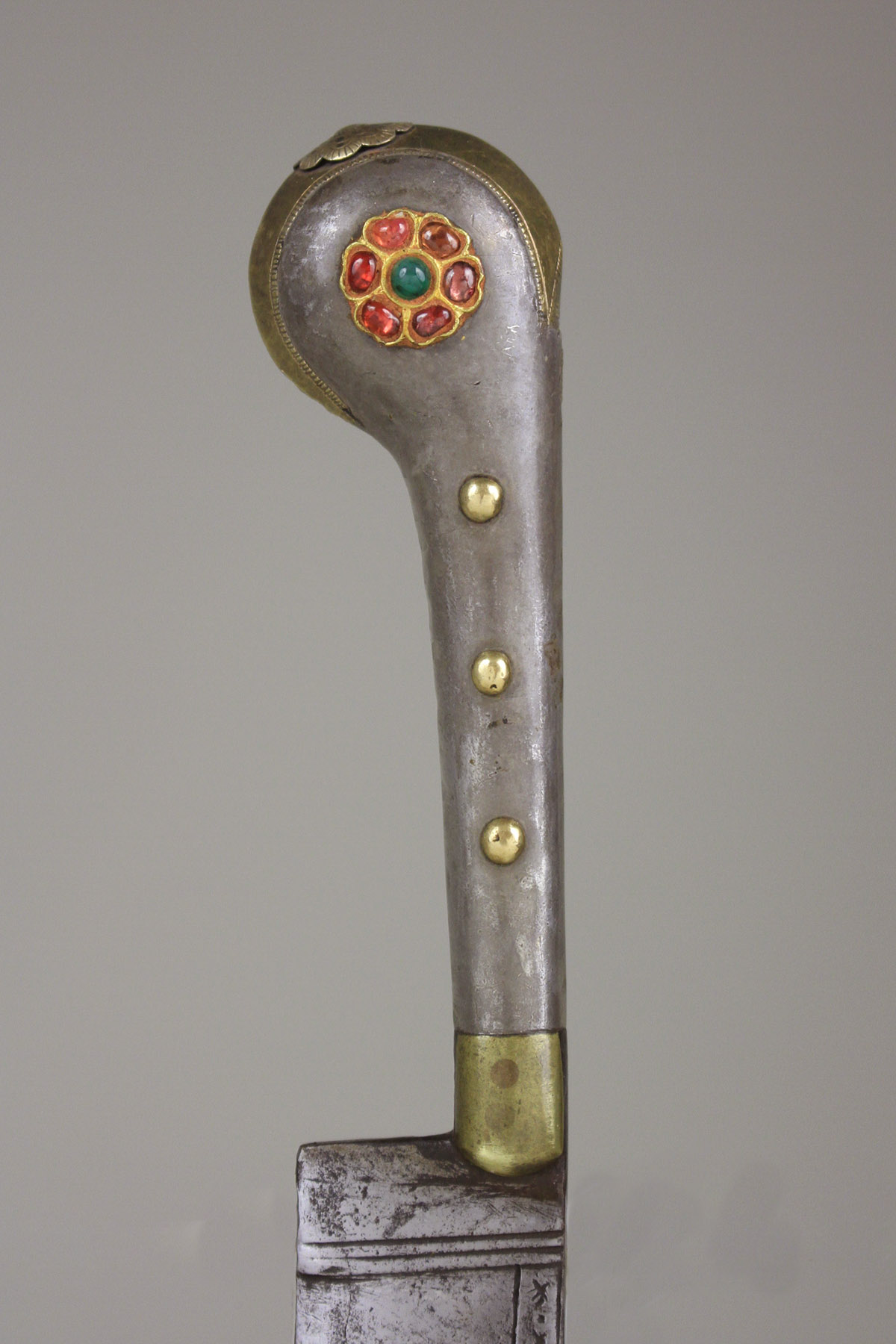 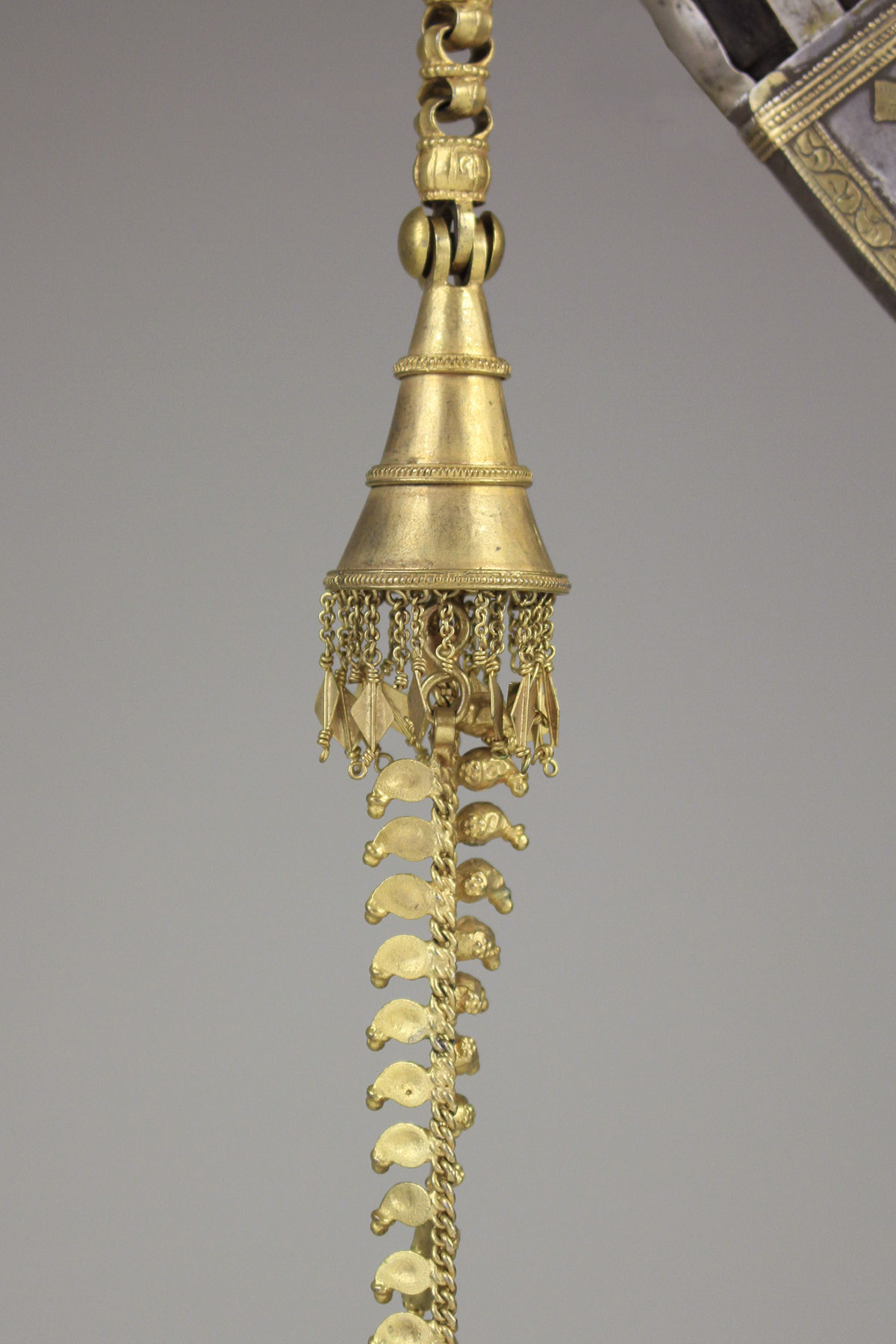 The fine exemplar shown here has a silver handle with the pommel set with red and green gem stones, partially gilded mounts of the scabbard and a long gilded silver chain and finials. The Chape is marked A.S.C 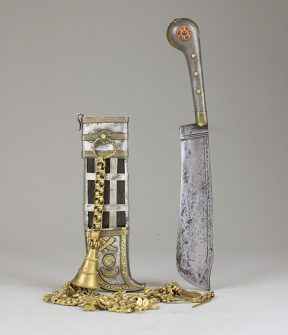 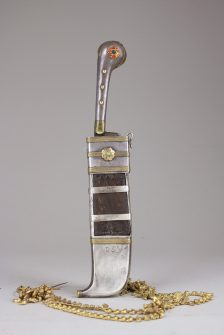 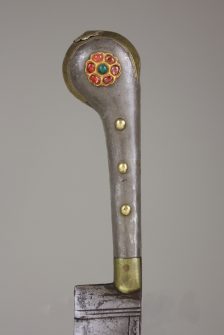 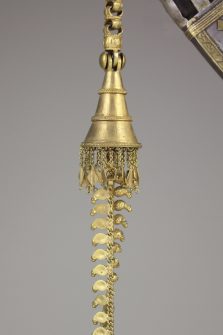 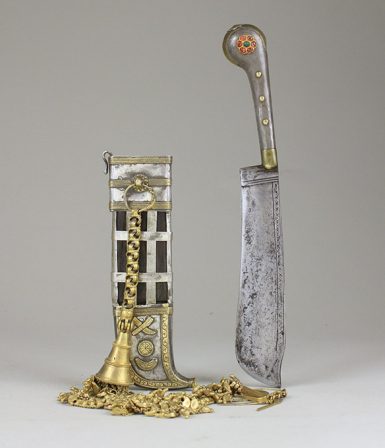