Fine Khnajar Dagger with “Tears of the Wounds” Beads 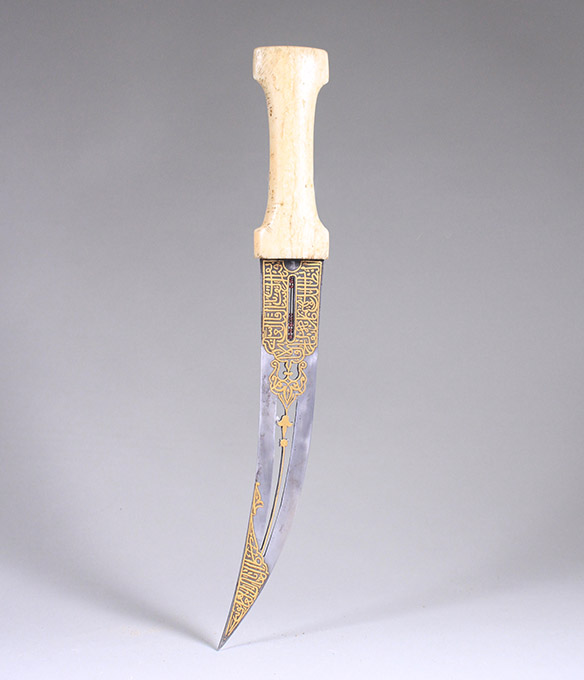 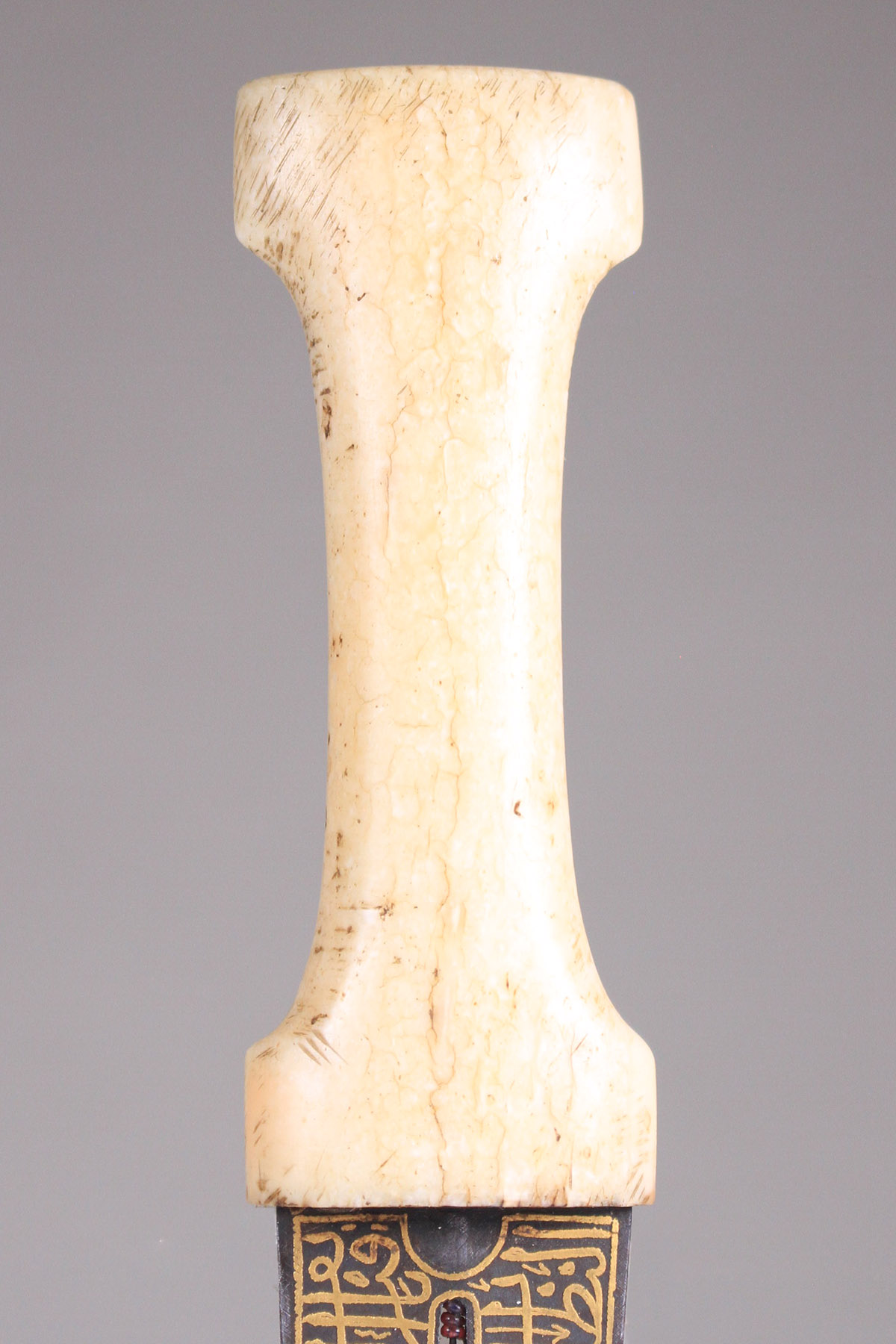 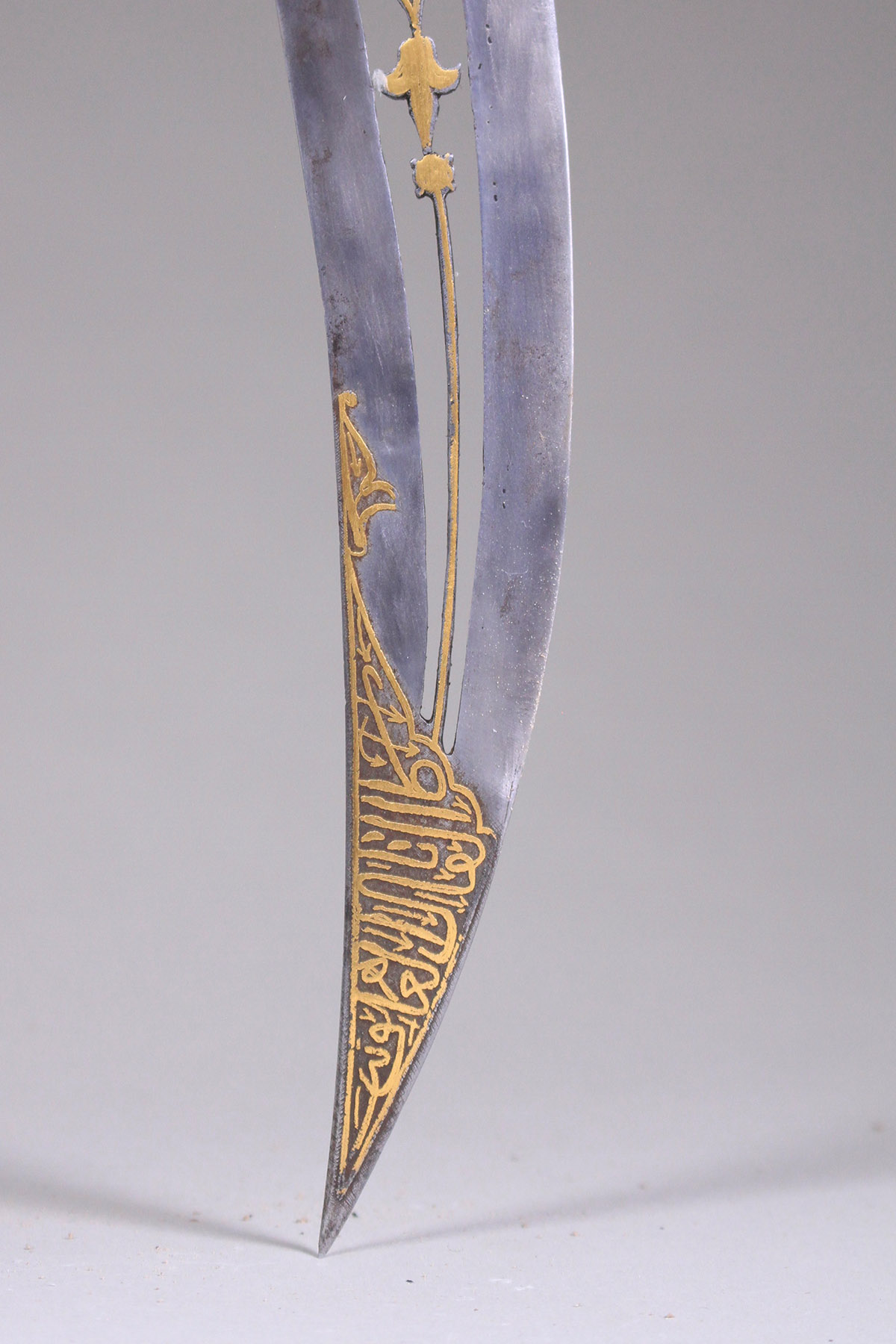 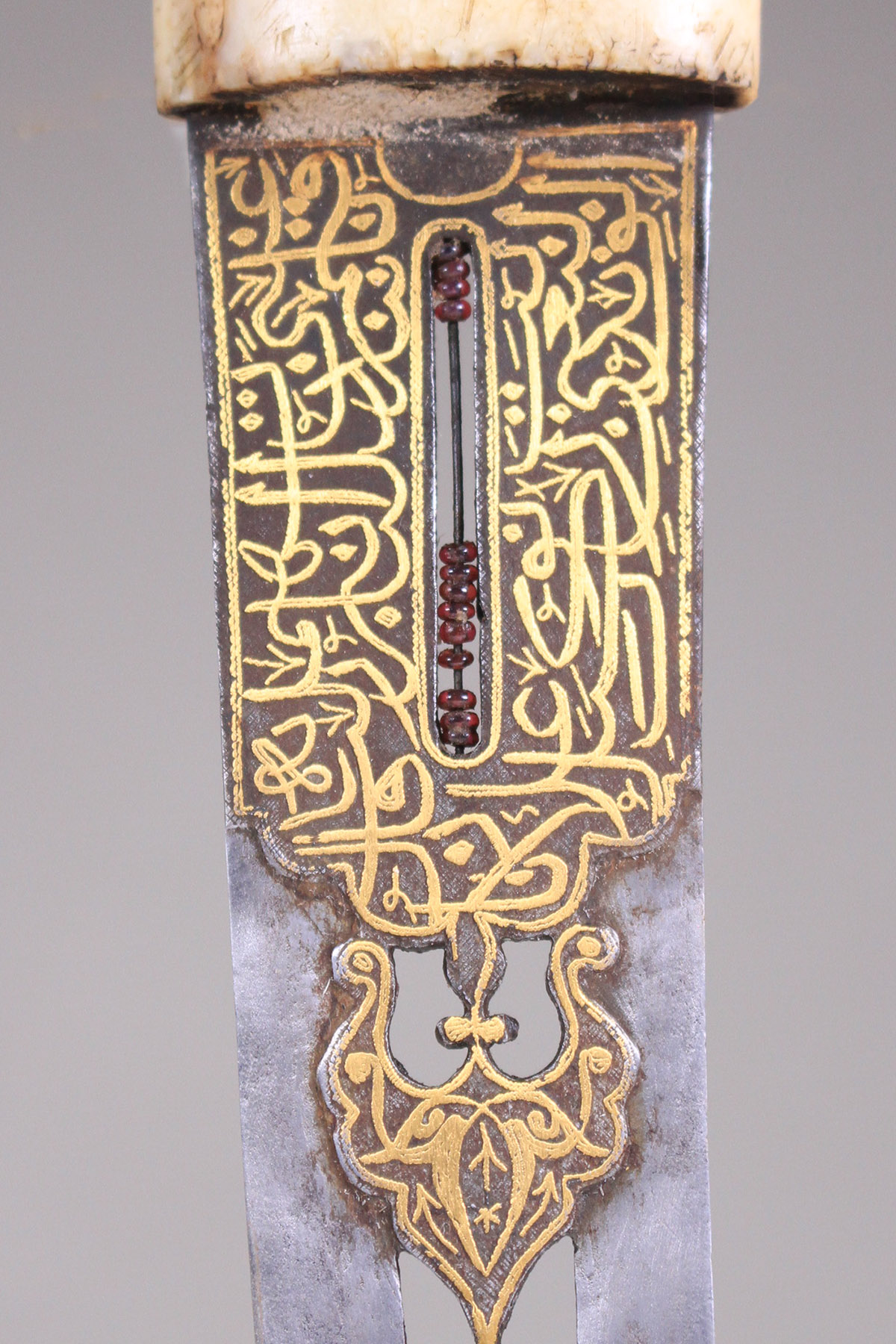 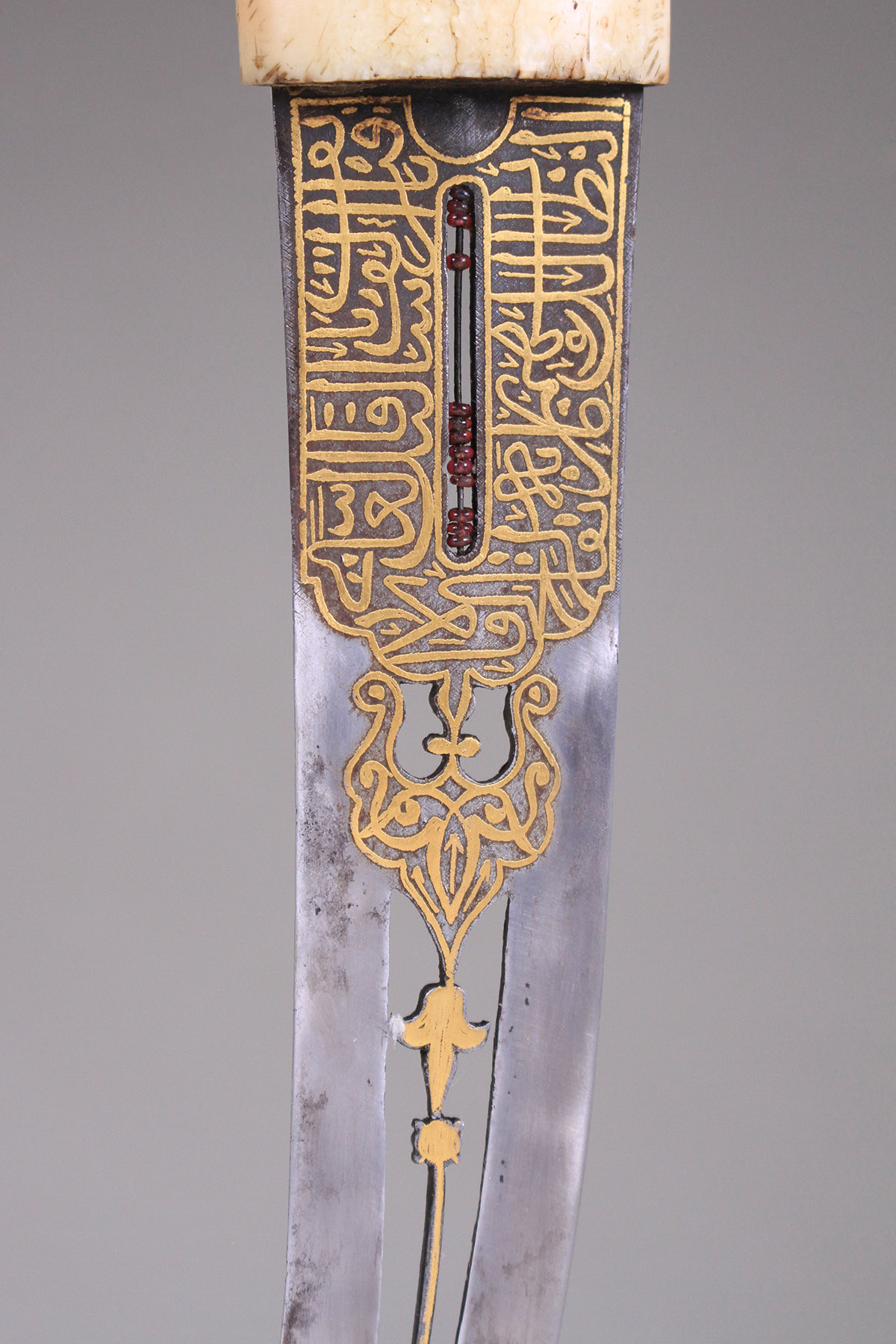 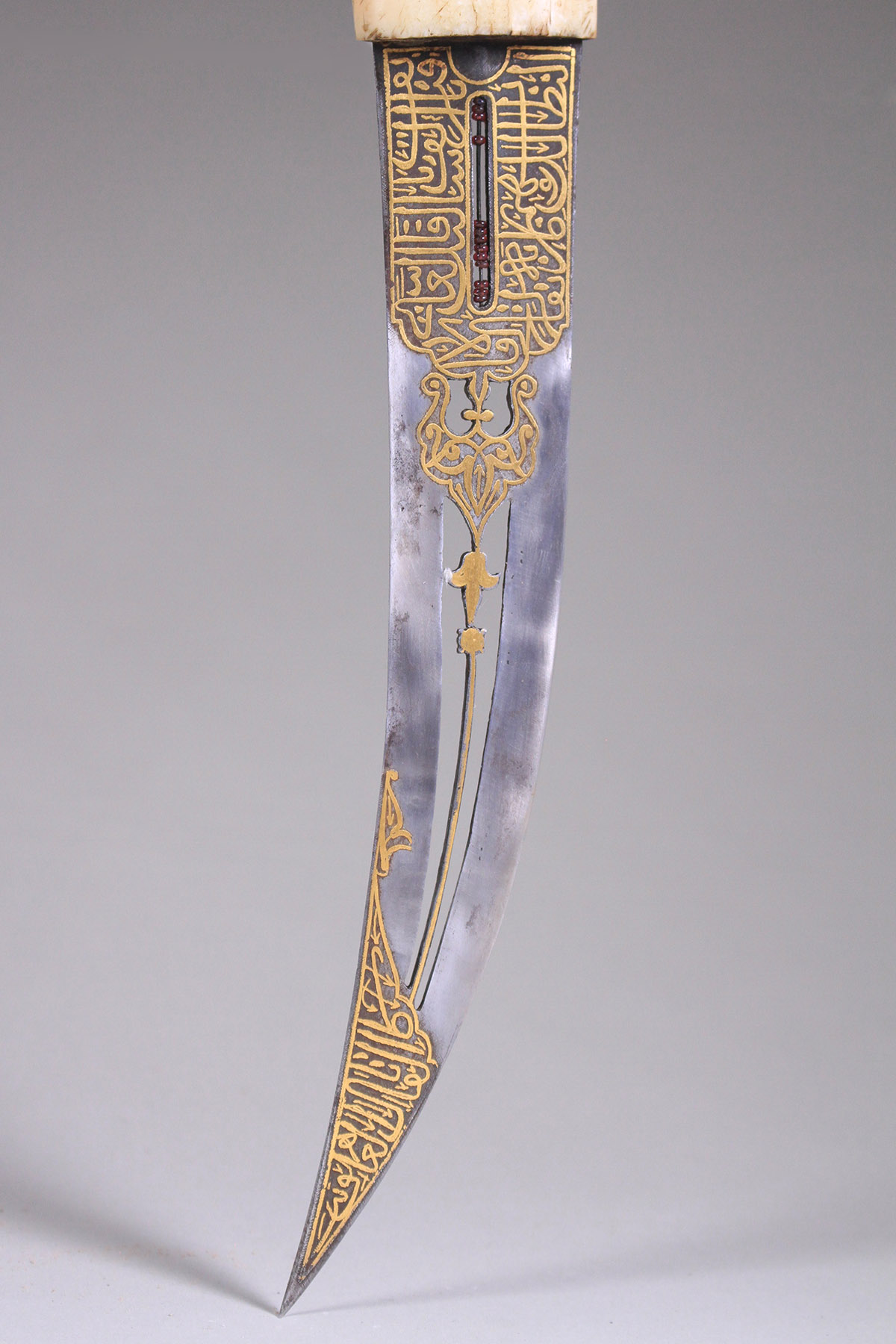 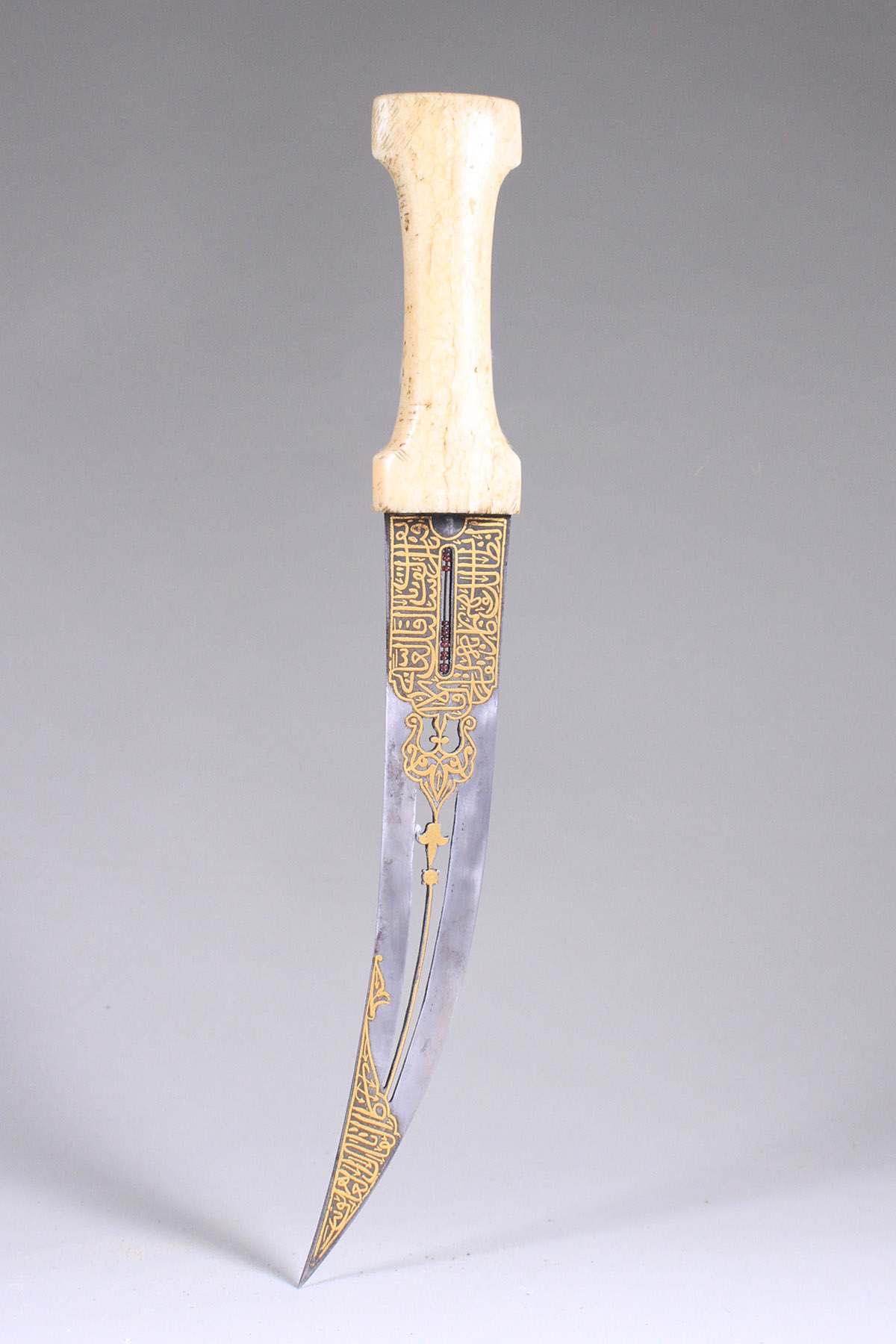 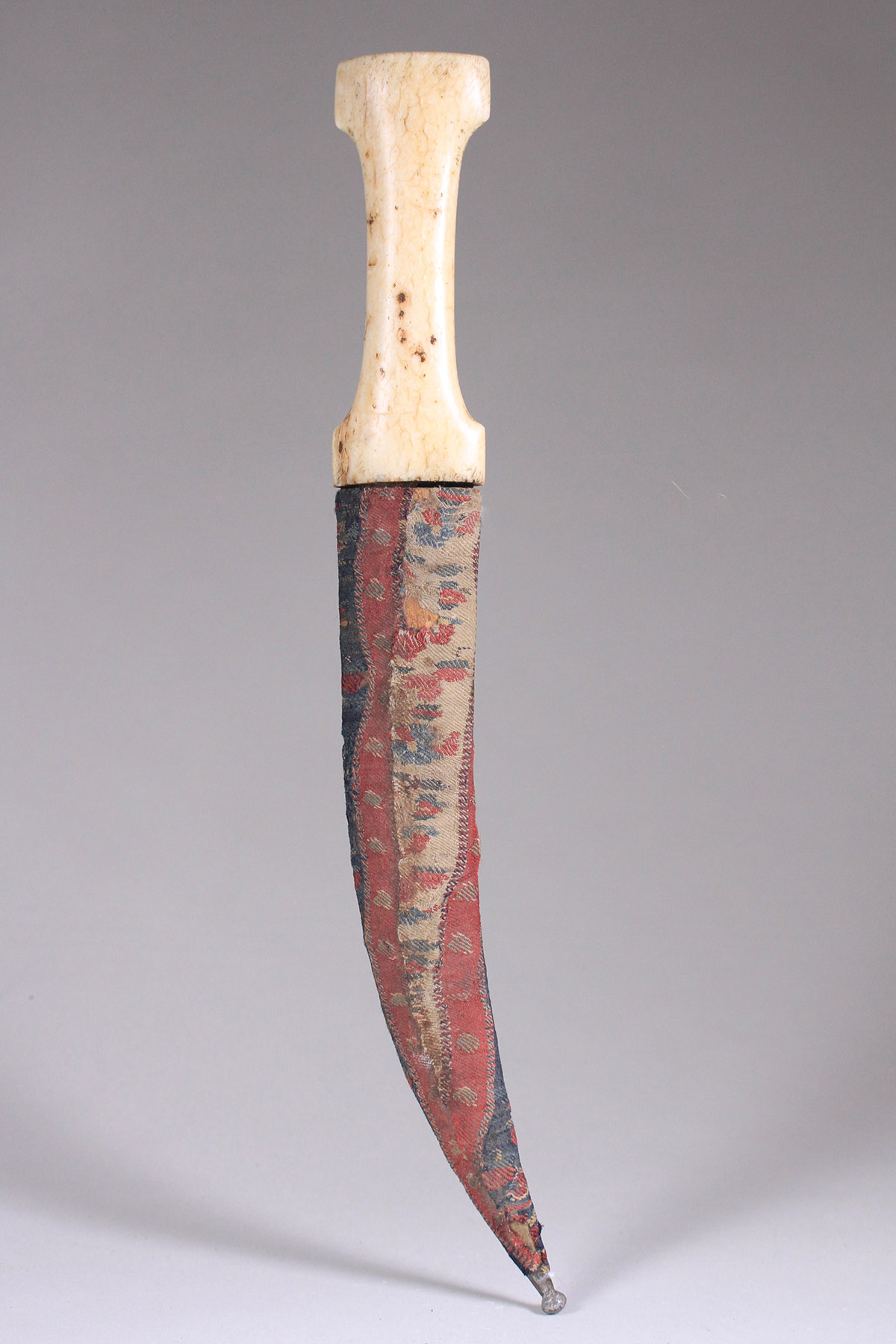 Stone,  metal or coral  beads inserted in blades remind in a way the technique of planting free running small balls in blades of Indian and Persian Kards and swords, also referred to as the “Tears of the wounded” or “Tears of Allah”.  Such beads are found on 16 and 17 C. Ottoman daggers. Also found in areas under the Ottoman influence.

The Khanjar dagger offered here is coming from the Ottoman empire, most probably Turkey. It is a late 19 C. example in the style of 16 – 17 . earlier exemplars. The blade is open along its cental line, heavily decorated with gold koftgari work on raised panelws, and set with red stone beads. The handle is I shaped, reminding the handles of Persian Khanjars but also common in the Ottoman empire regions. This Khanjar comes with a (Later) wood scabbard covered with colored fabric. 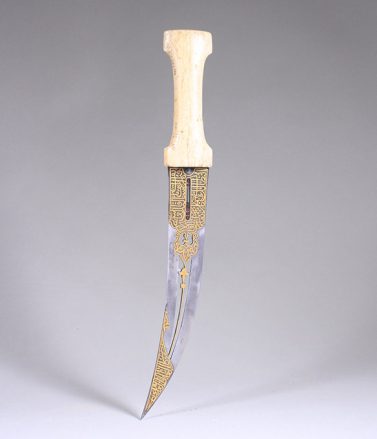 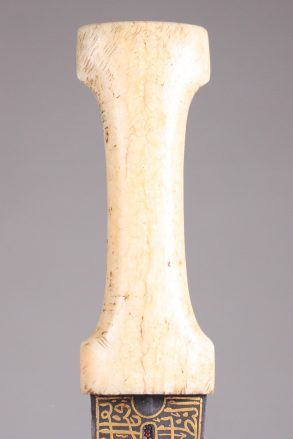 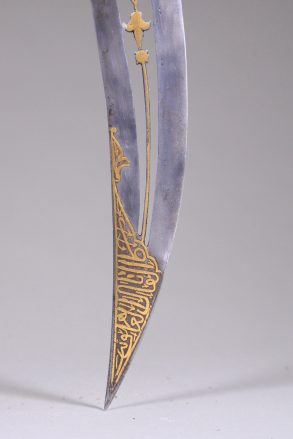 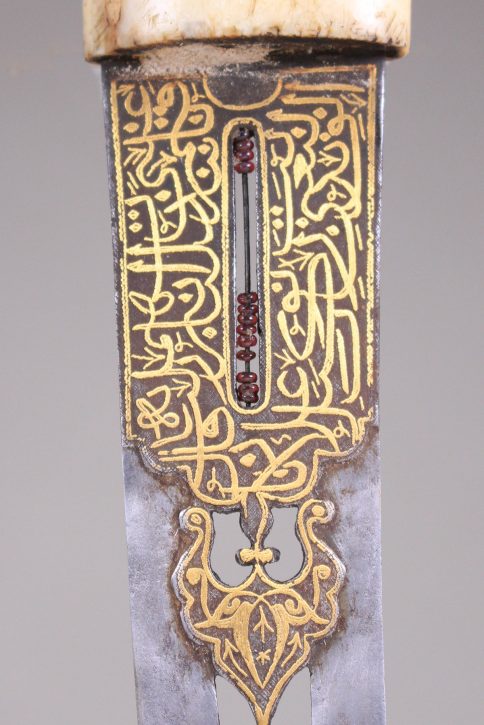 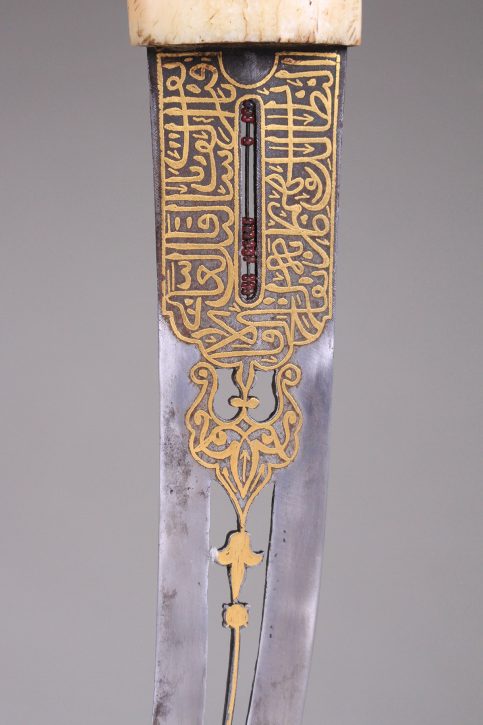 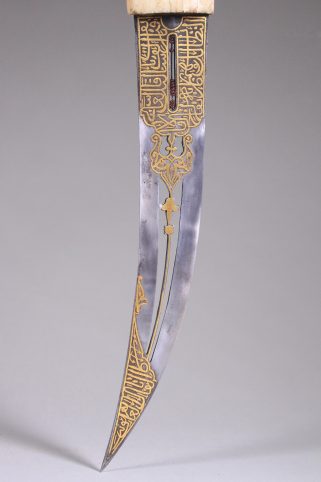 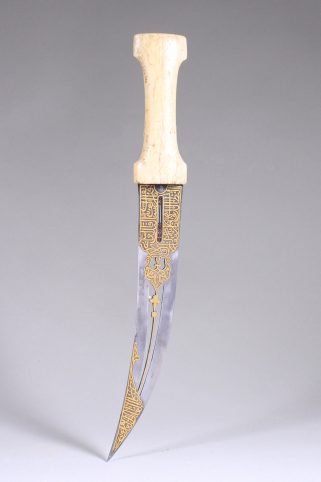 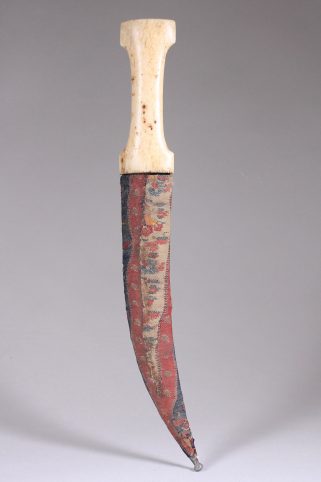 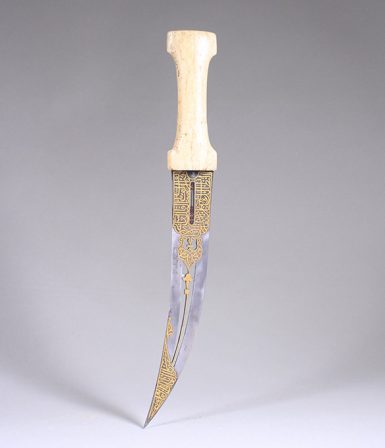 You're viewing: Fine Khnajar Dagger with “Tears of the Wounds” Beads 5,795$ Exl. VAT
Add to cart