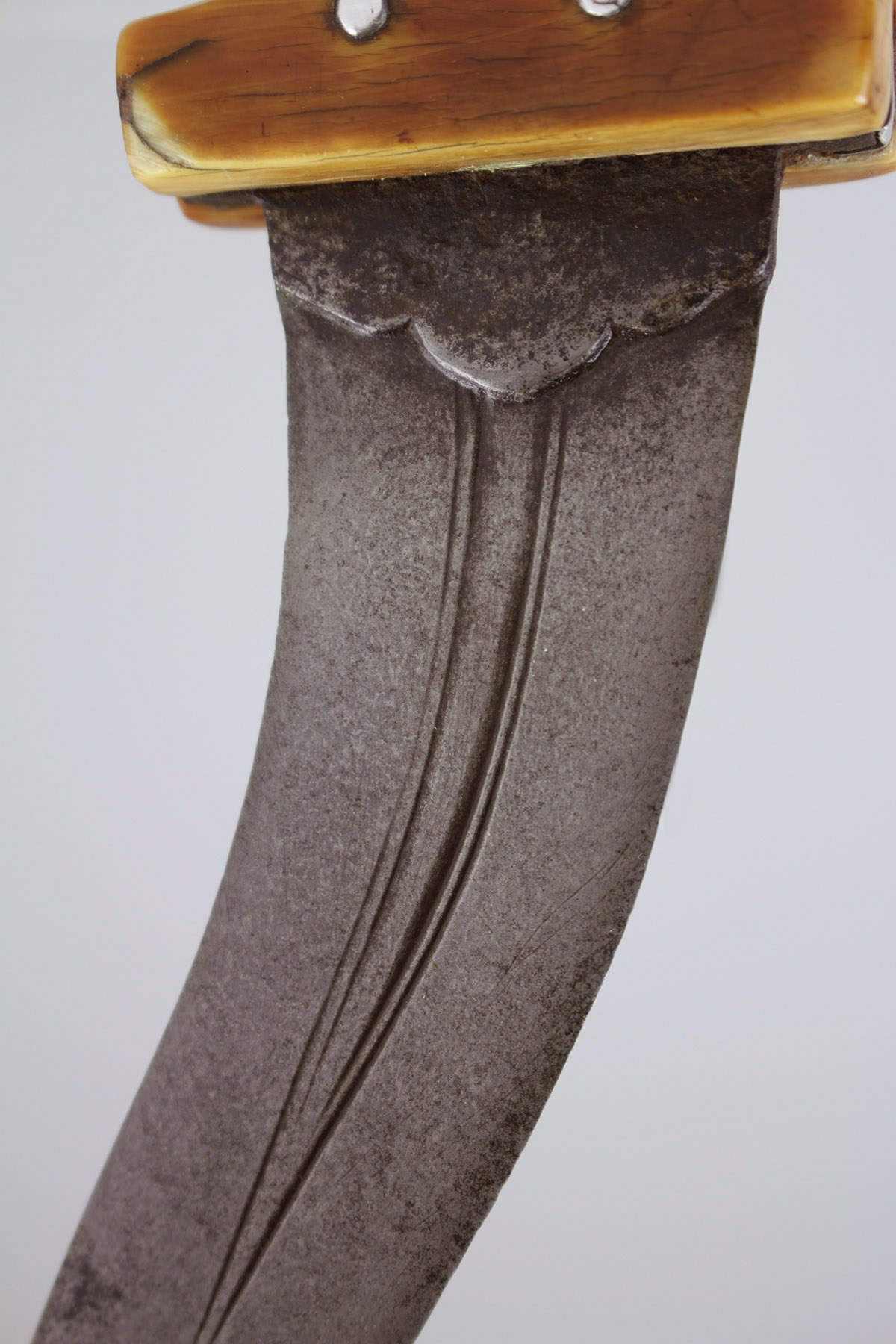 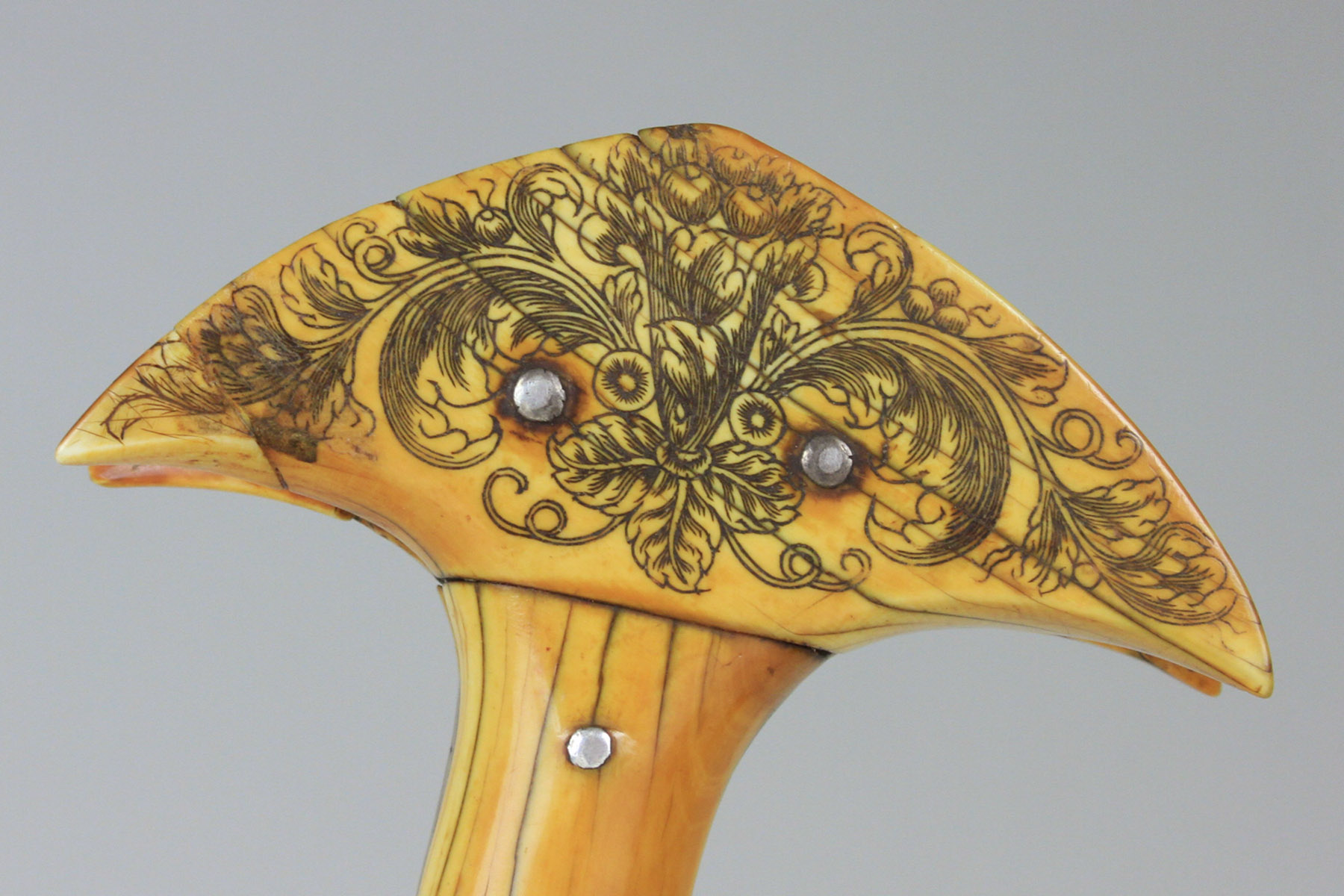 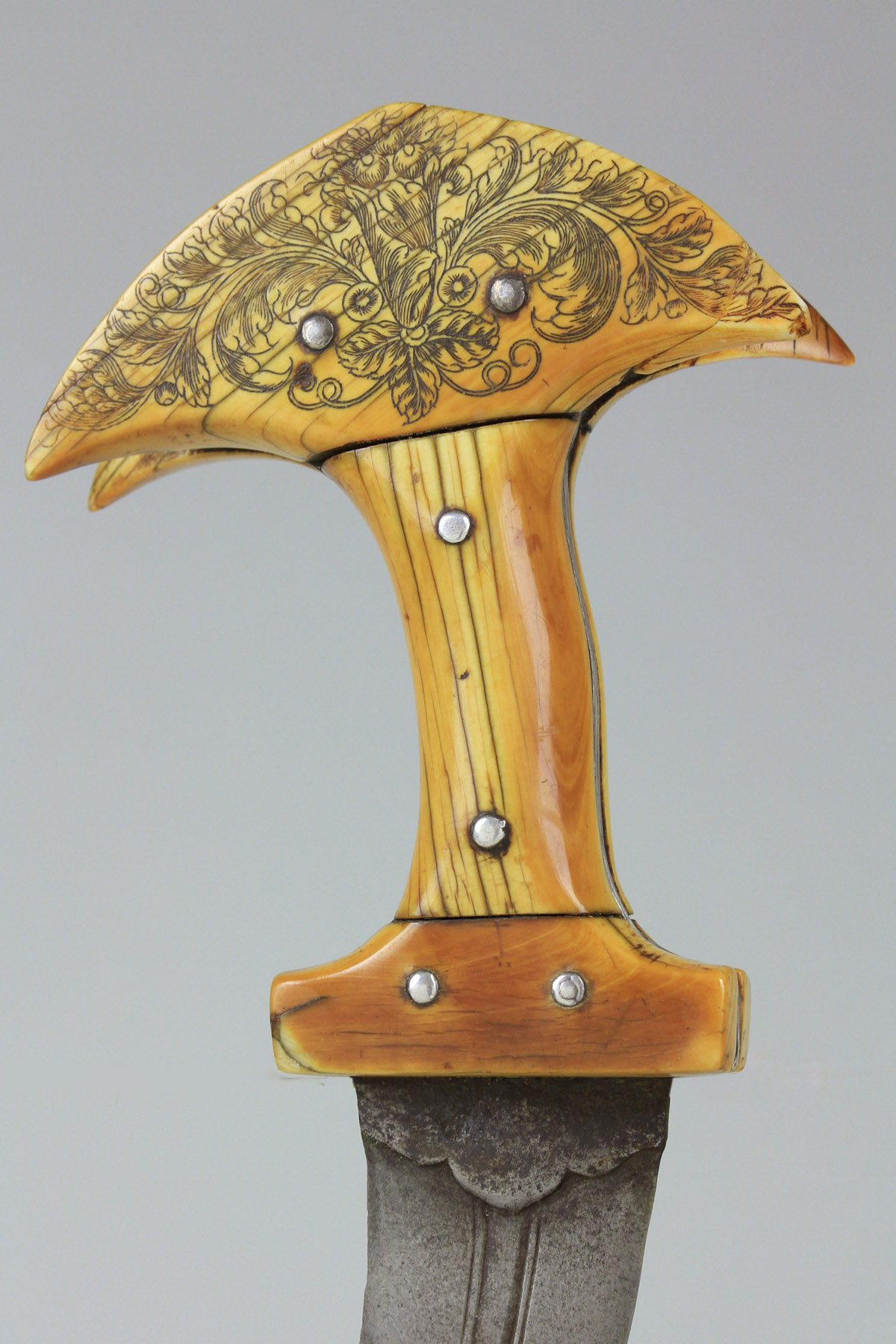 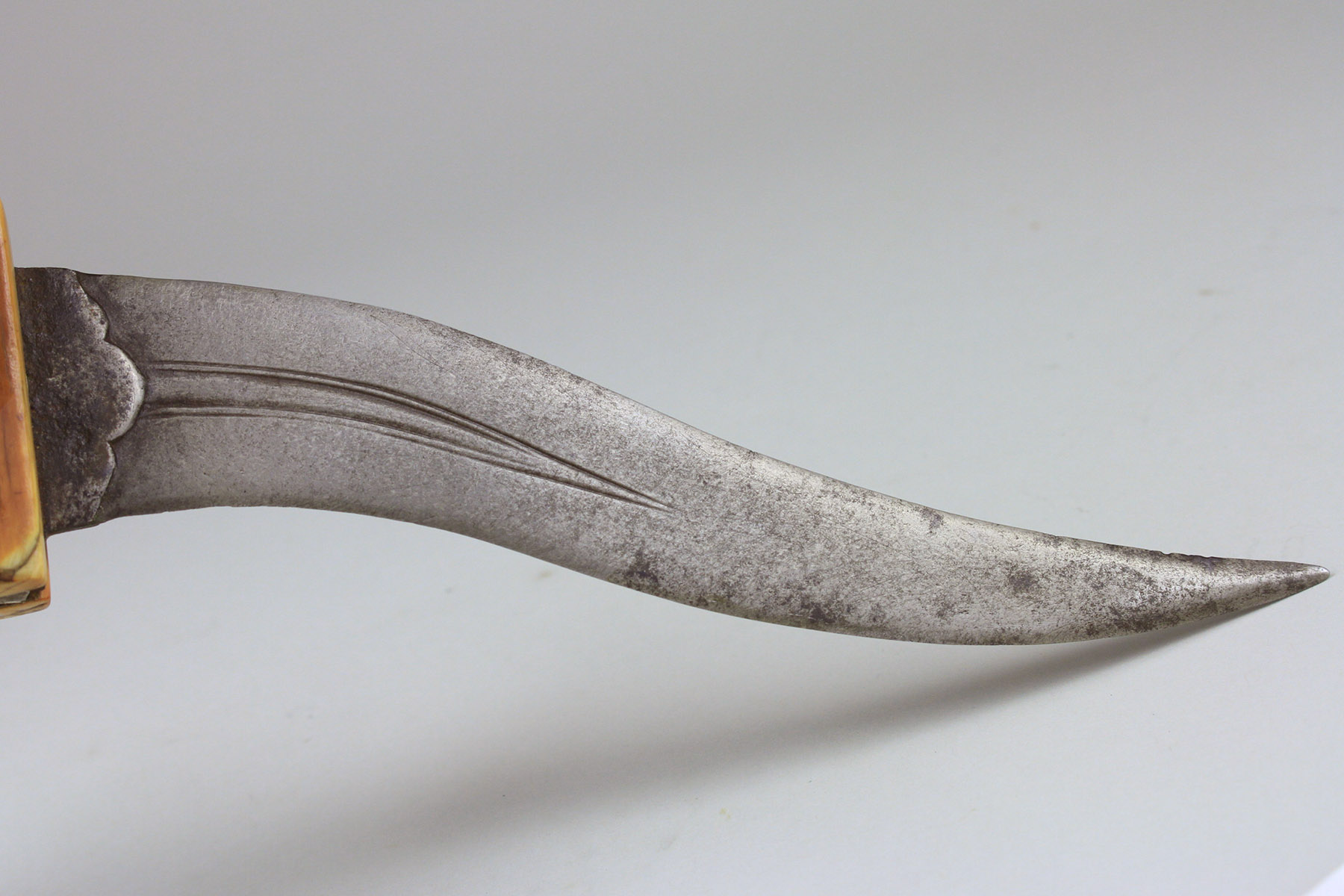 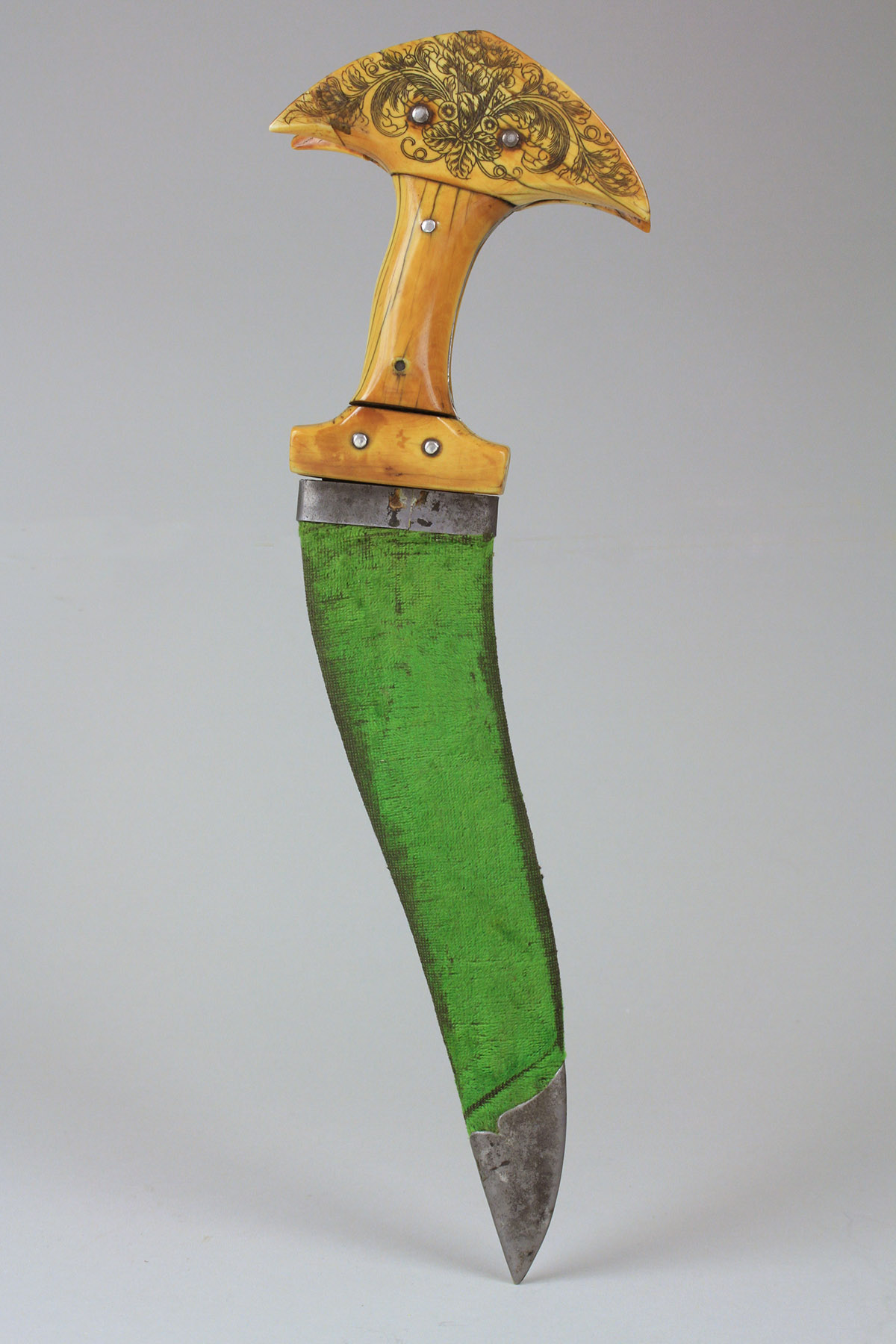 The Khanjarli, one of the nicest and sought after dagger in the Indian weaponry. It is characterized by its strongly re-curving blade and wide lunette shaped pommel. The Khanjarli is probably a development from the earlier Chilanum. Egerton in his book Oriental arms and armor suggest that they are originated from Vizianagram in south east India, while Elgood in his book Hindu Arms and rituals suggest it is originally from Orissa because of its massive ivory industry the time. There are few versions to Khanjarli, some appears with a D guard and some without, almost all Khanjarlies come with Ivory handle. 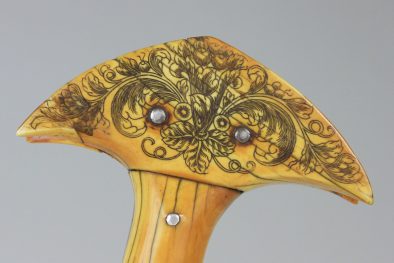 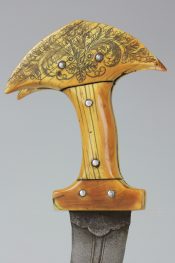 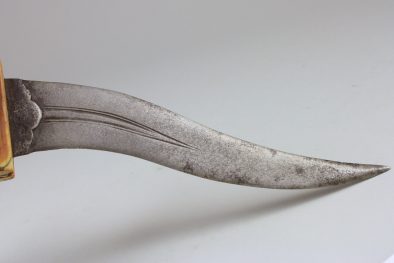 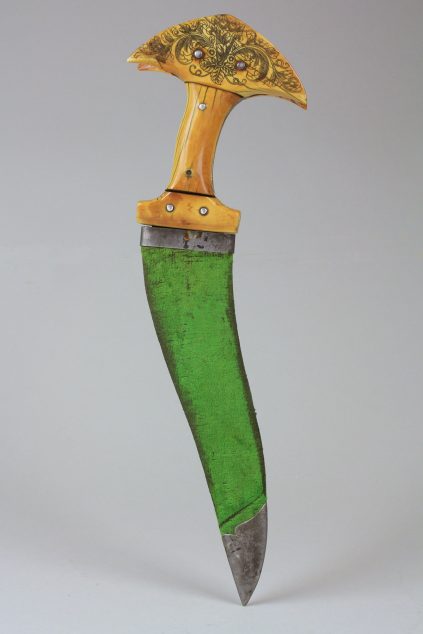 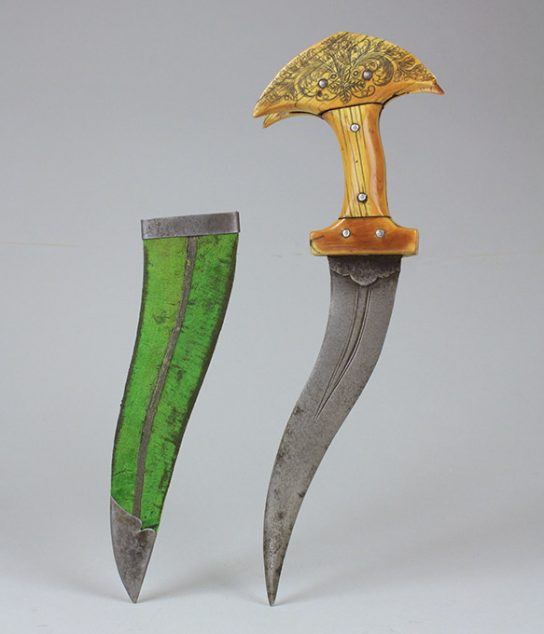 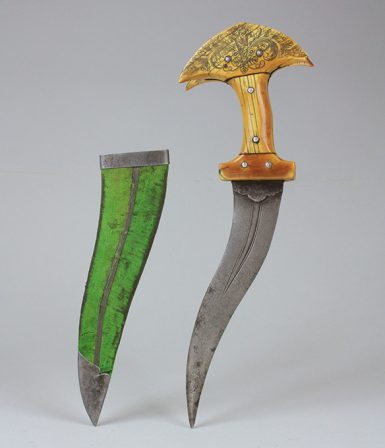