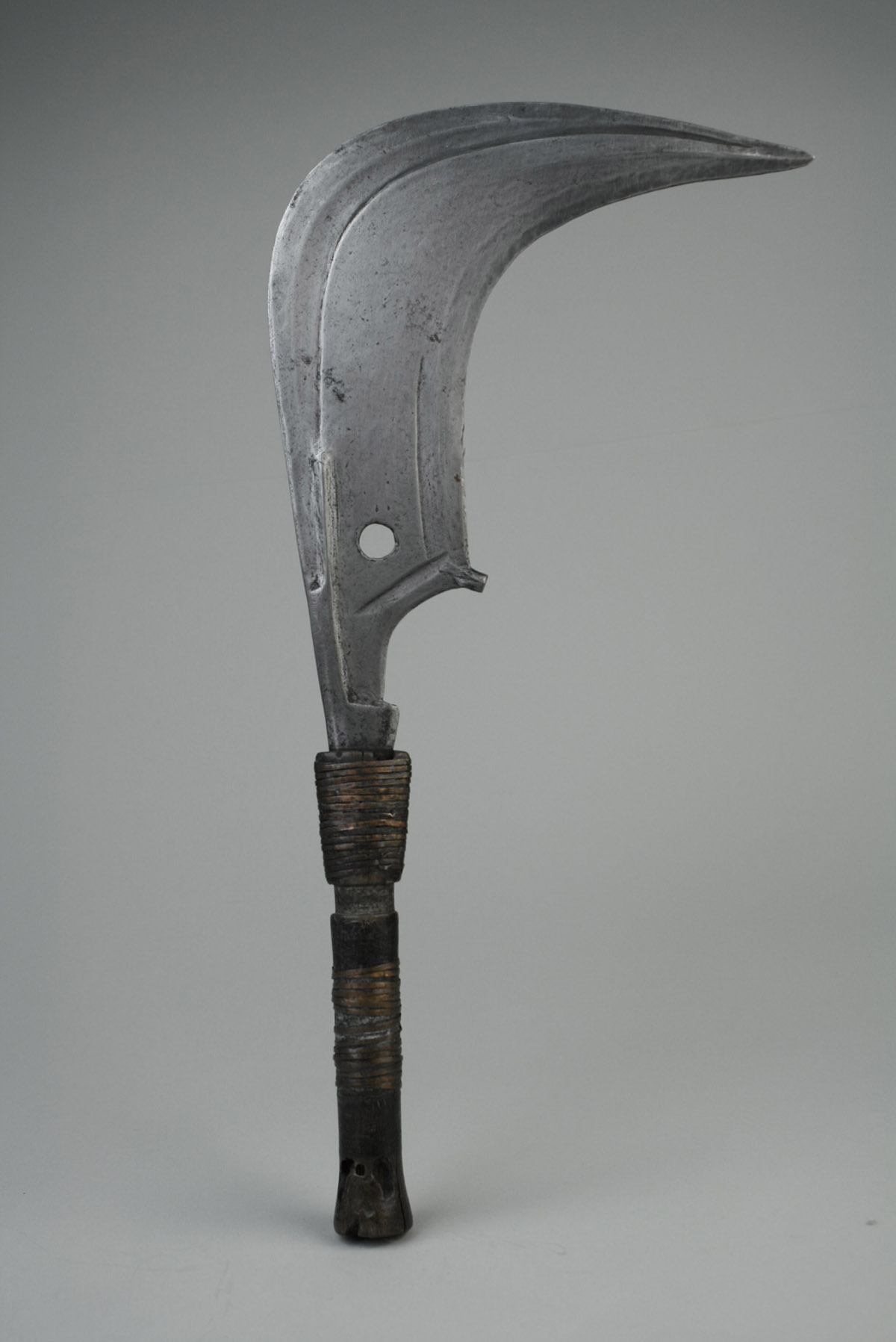 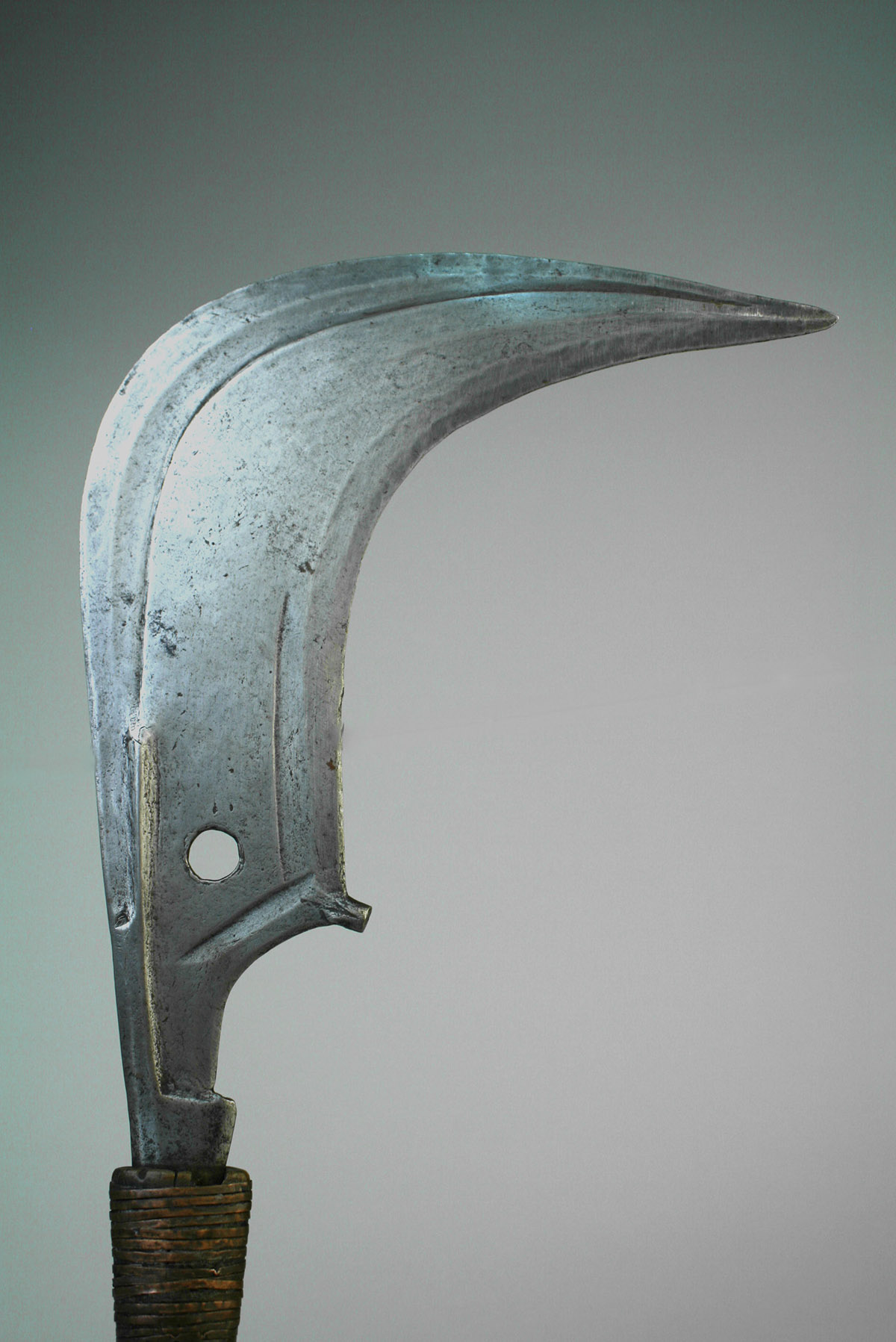 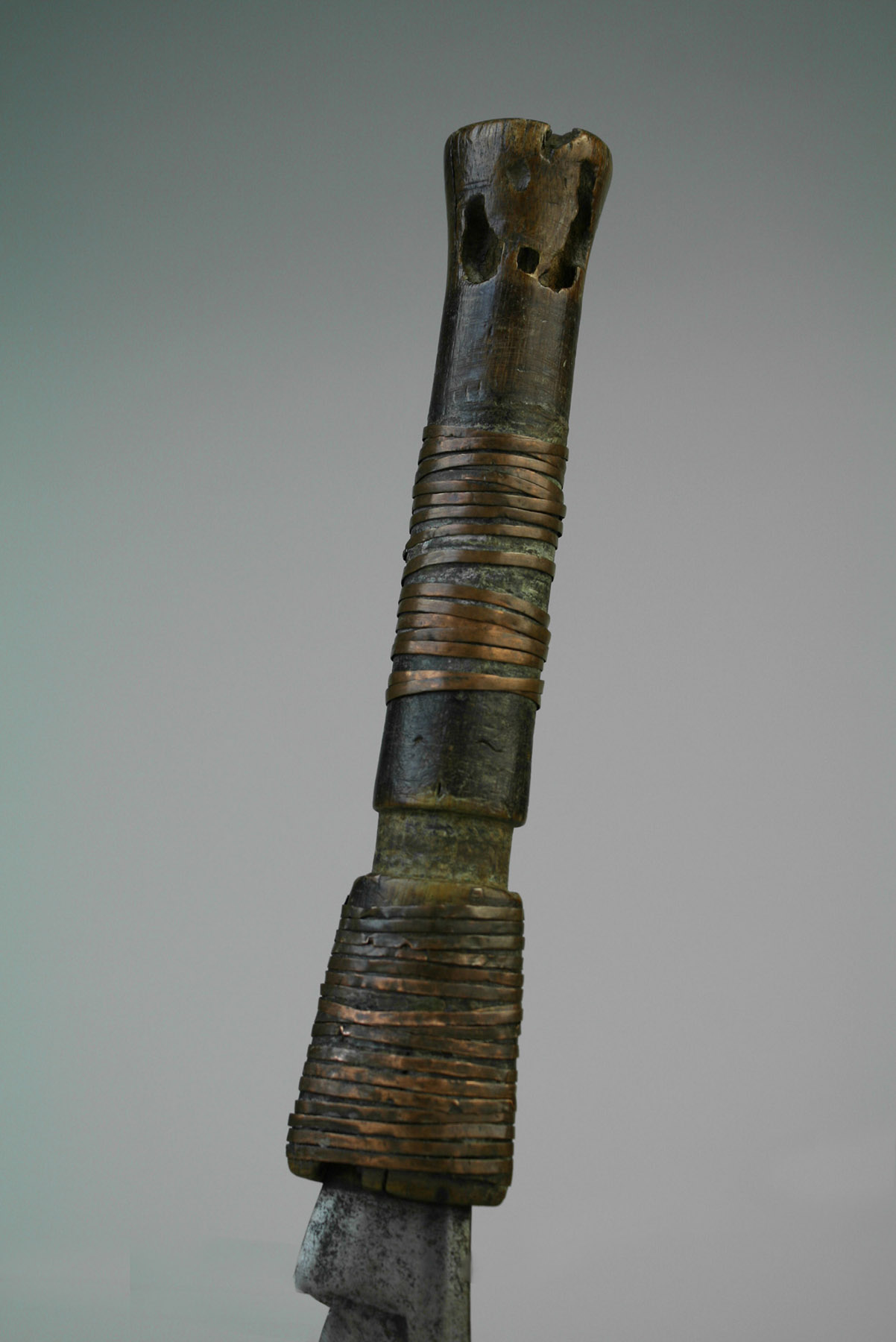 An early prestige knife / axe of the Mangbetu people, probably from the Meje sub-ethnic group of Mangbetu. Also known as Trumbash. originally used as a weapon of war and also as an agricultural implement, but later on developed into prestige item and a symbol of status. Early 20C or earlier. Very well forged, sickle shaped. 12 inches blade of softer curvature than the later common Trumbash. Rather simple wood handle with copper strips binding. 19 inches total length. Very good condition. Losses to the tip of the handle. 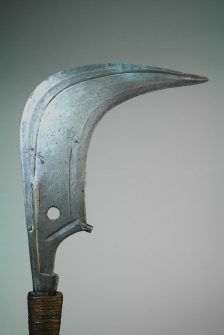 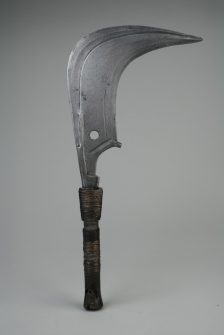 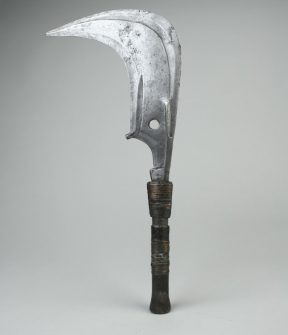 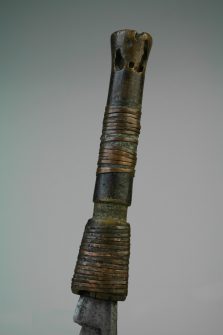 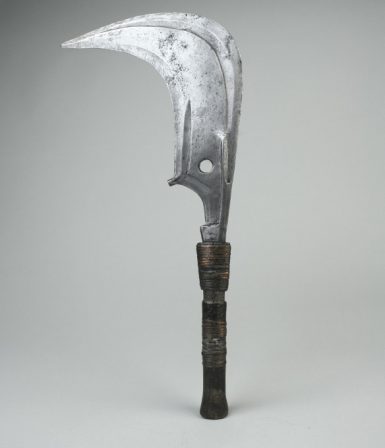