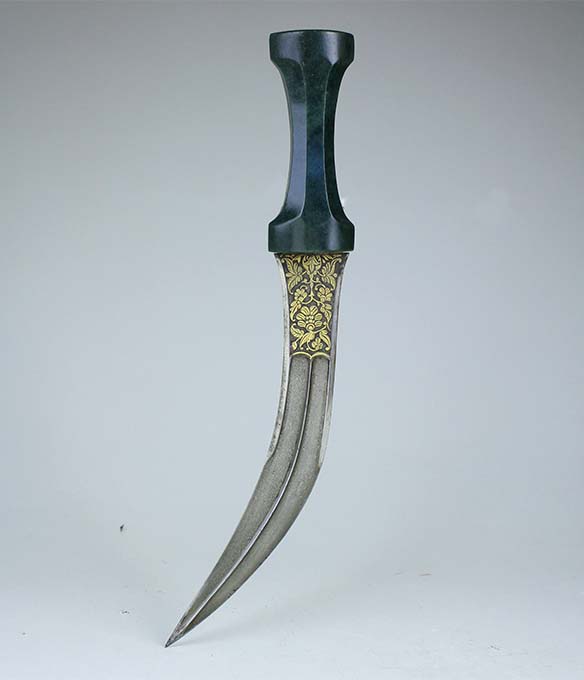 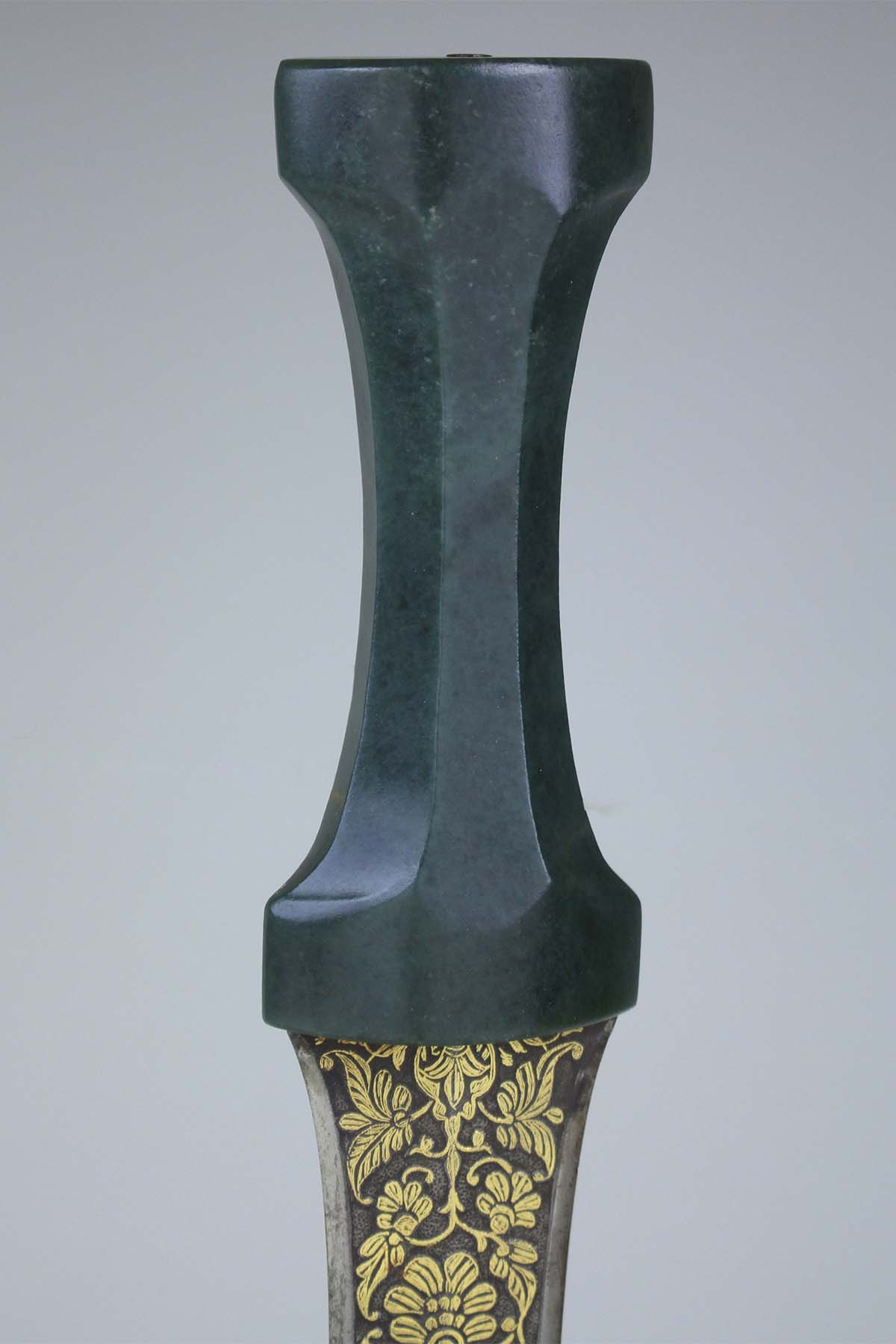 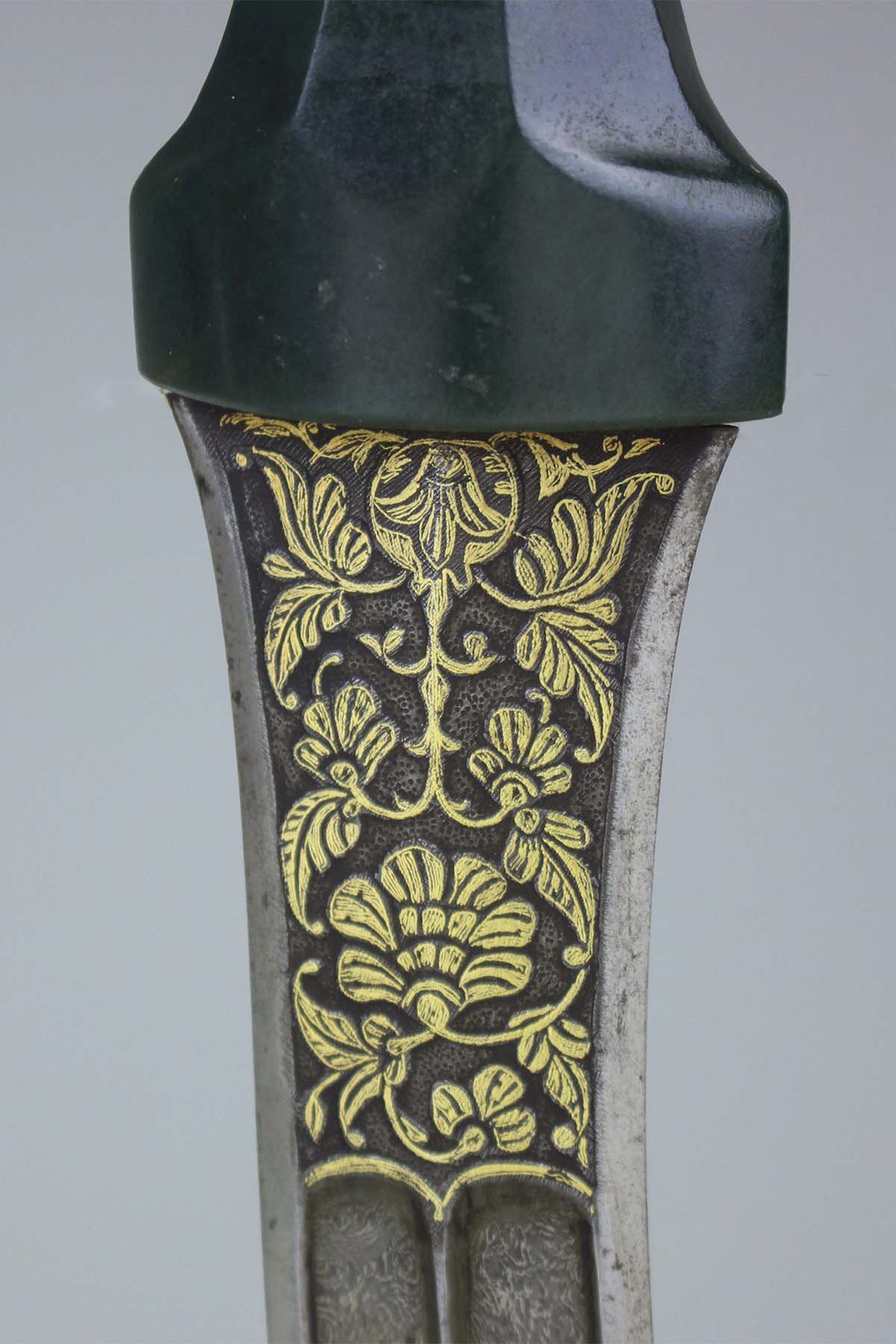 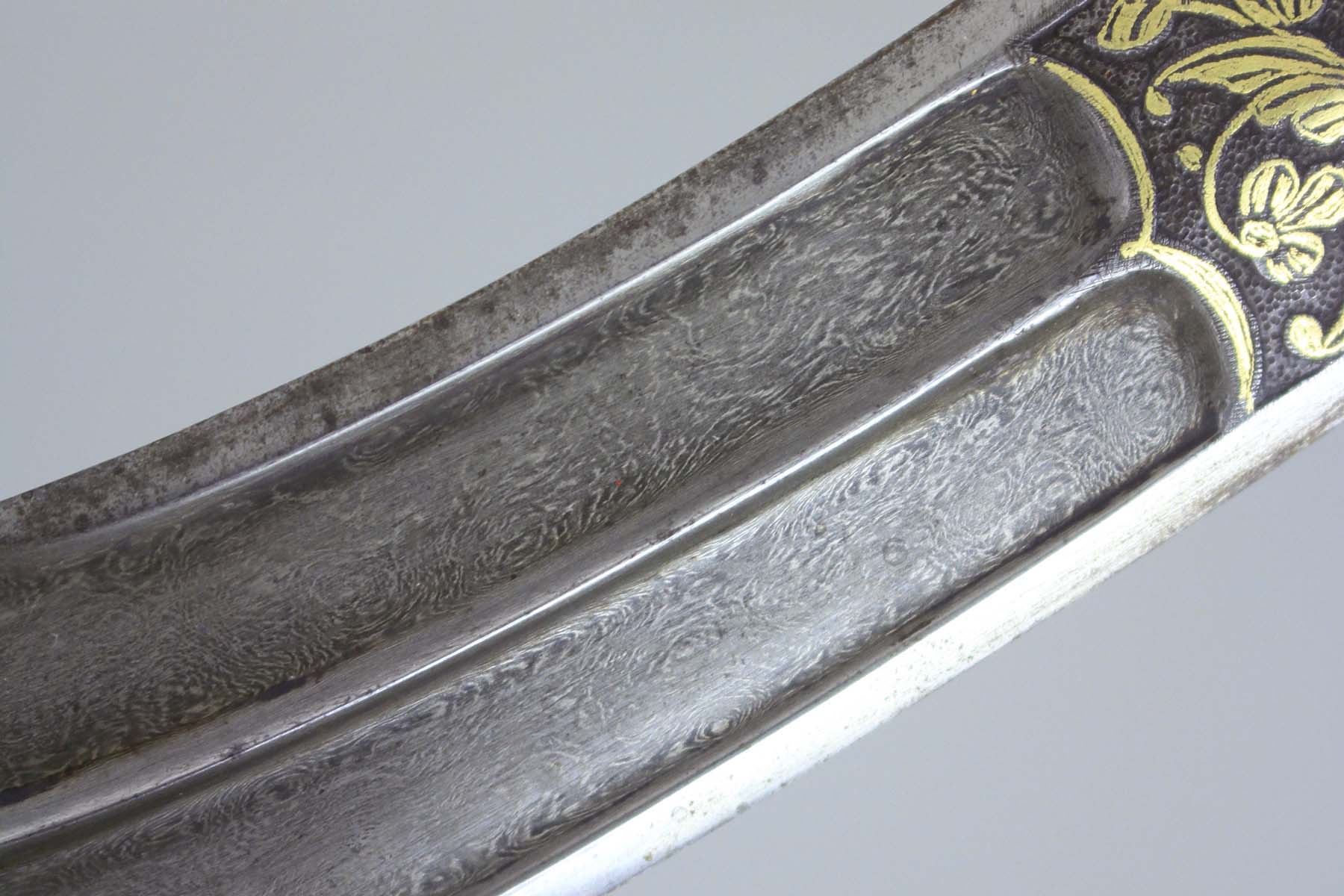 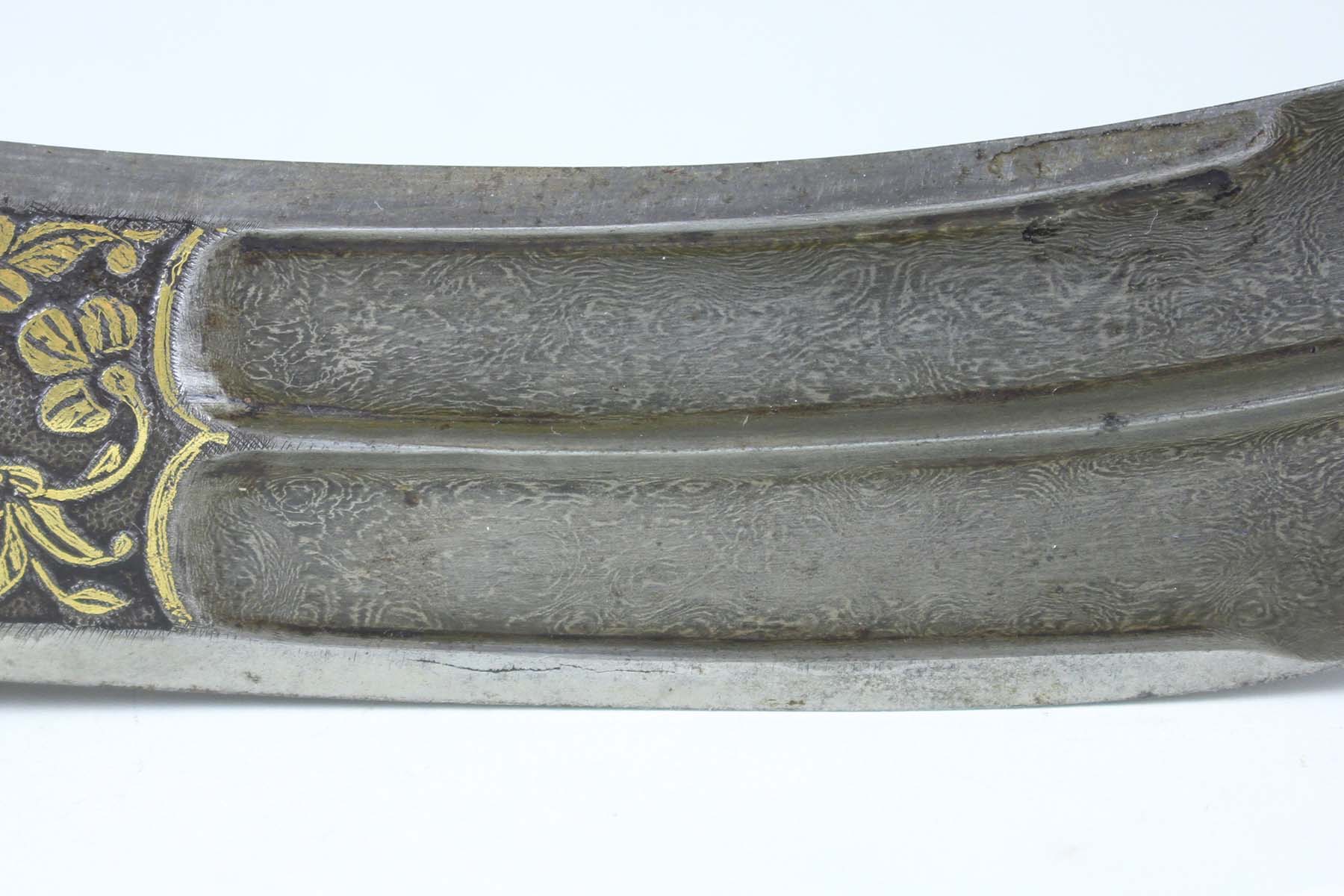 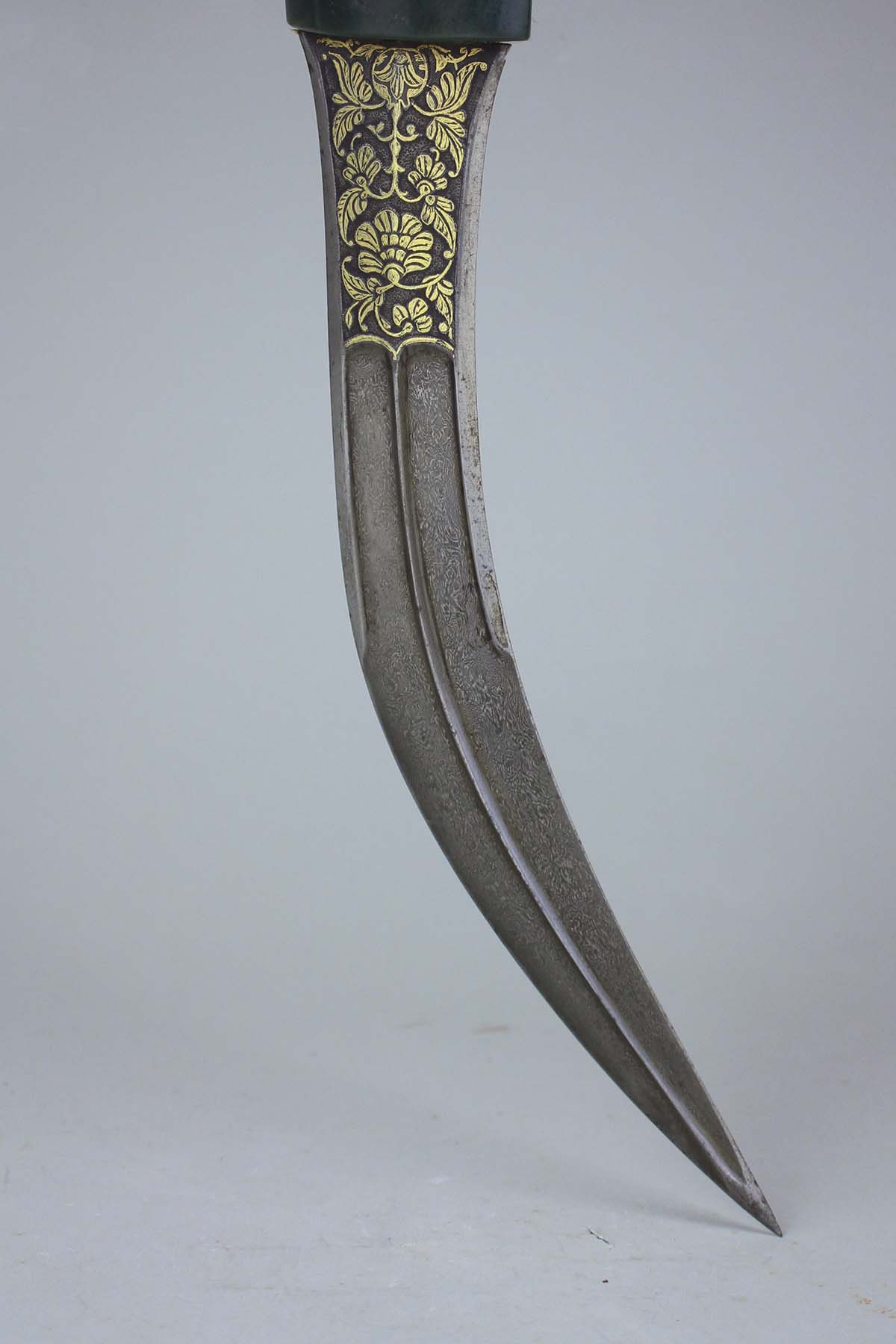 Persian daggers influenced the Indian weaponry mostly in the shape of a curved double edged blades and the reinforced edges. The Indian daggers with the curved blade are Generally referred to as “Khanjar” , and the same word is commonly used to described such daggers all over of the eastern world. It sometimes also referred to as Jambiya.

The fine Khanjar dagger offered here is a good example of this influence. Very fine watered steel blade with a central rib and enhanced edges. The top of the blade is inlaid in gold koftgari work on both faces. Typical Indian style of floral design. Solid dark green Jade handle with faceted grip. Late 18, Early 19 C.

This Khanjar is coming from the collection of Robert Hales (see below). Mr Hales suggest that the Khanjar is Iranian employing Indian blade. We think it is all Indian. 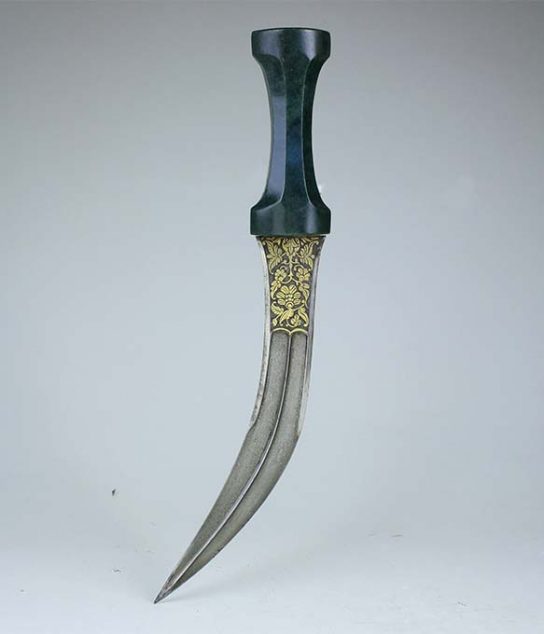 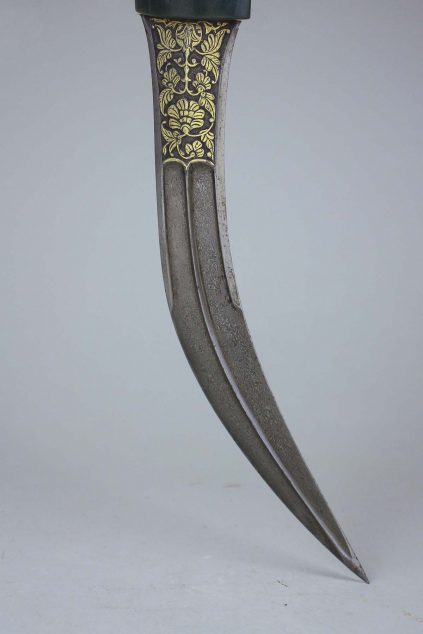 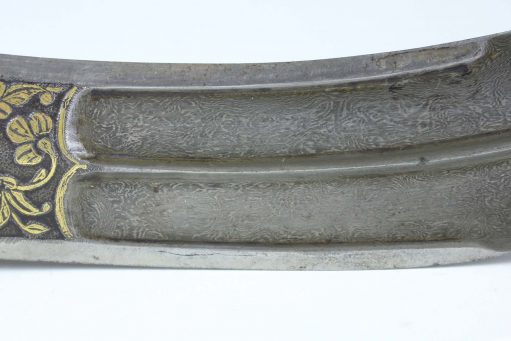 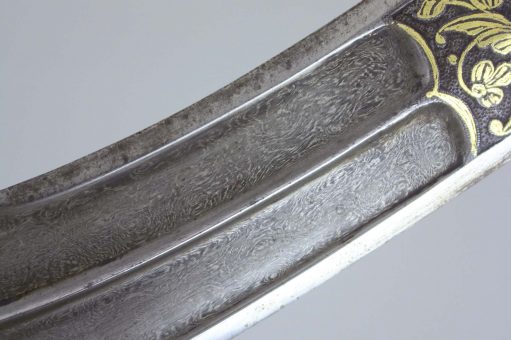 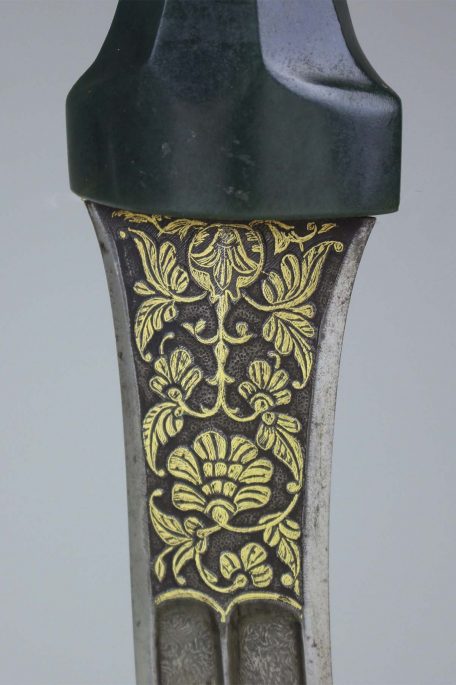 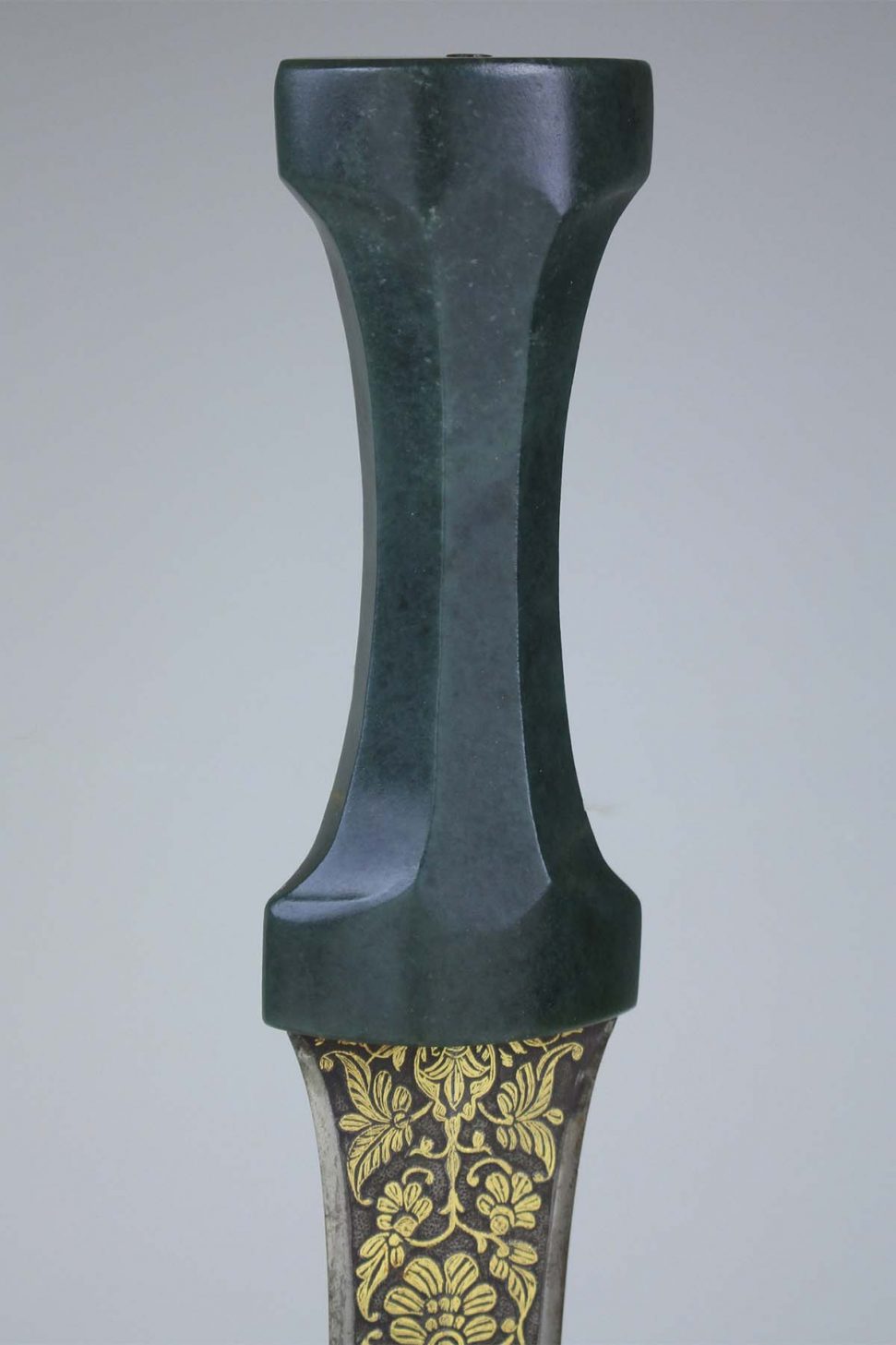 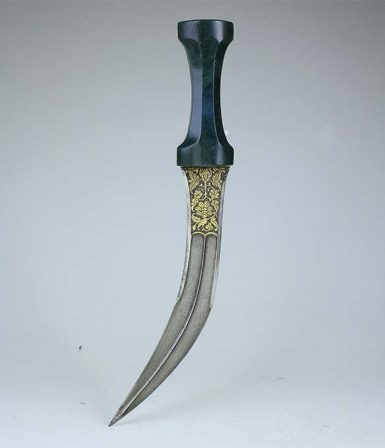