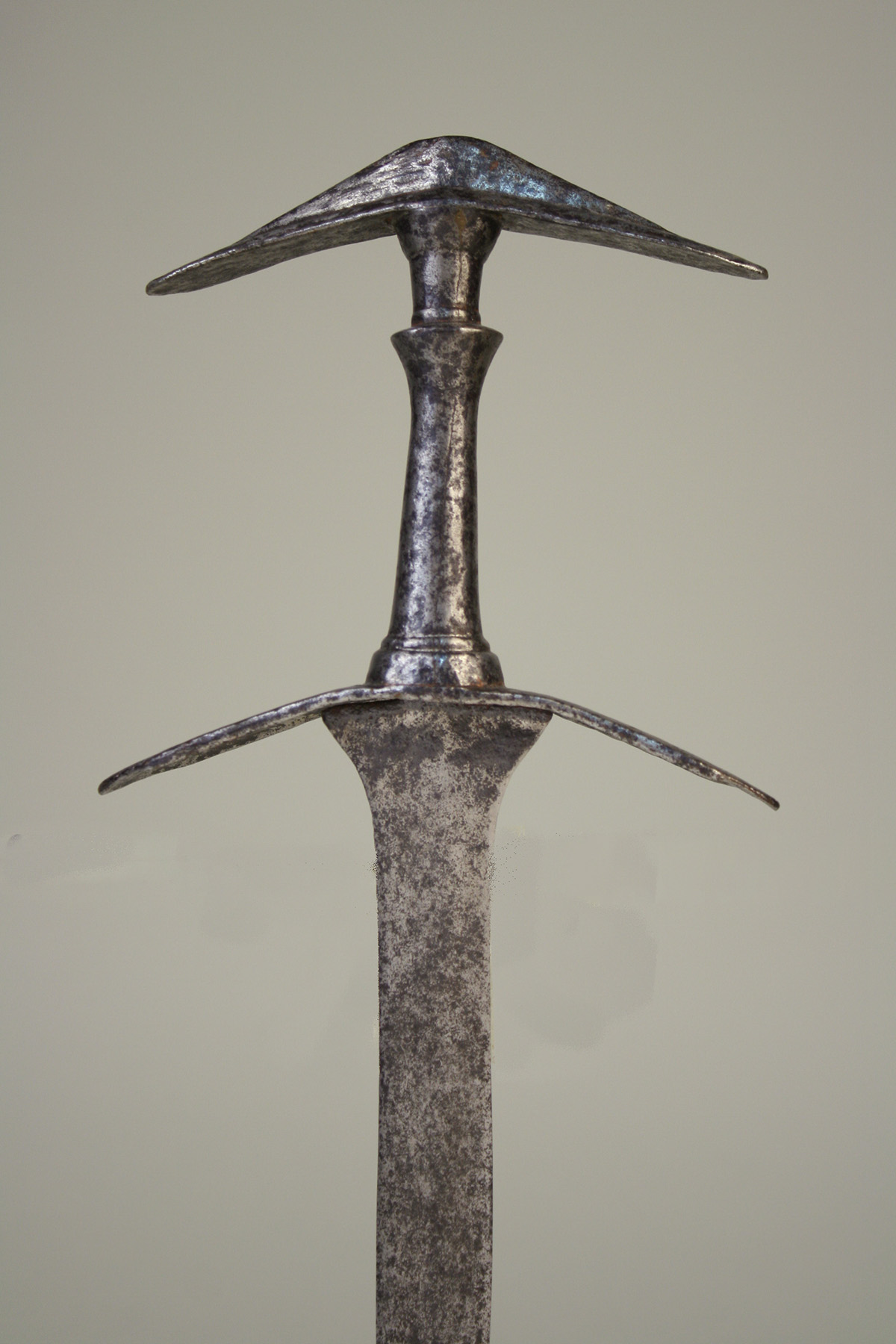 The Jamdhar Katari is a rather rare form of a dagger in the Indian arsenal. It was popular in North West India  from the 17 century and onward. Stone described it as Indian and Hindu Kush origin, which was on the north west corner of Sikh empire. This one is late 17th or early 18th  century Piece, steel construction. doubled edged Blade 9  inches long ,Whole steel handle with very wide pommel and cross guard. Total length 13 1/2 inches. Good condition to age. 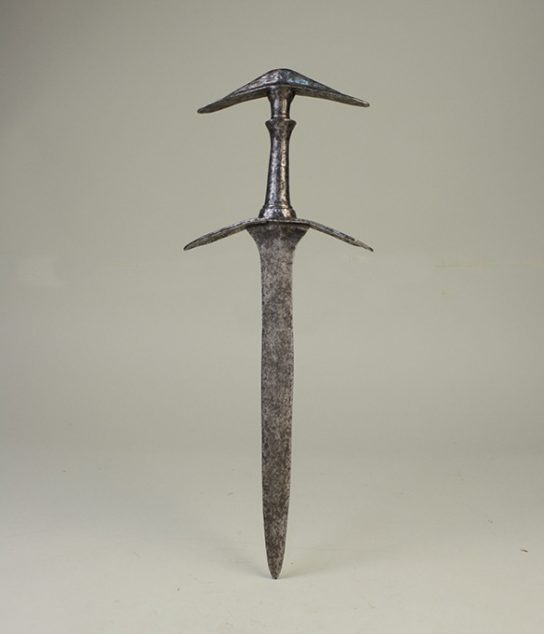 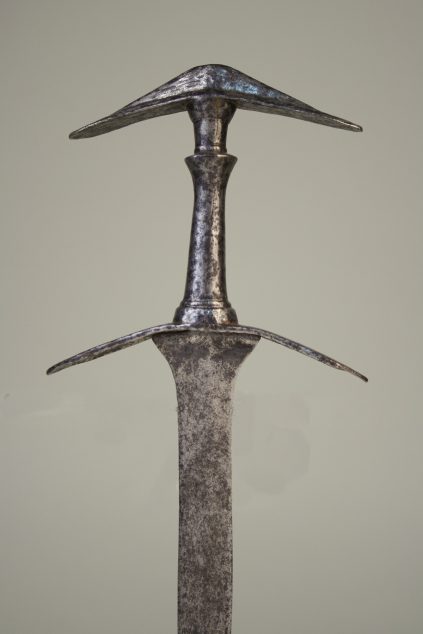 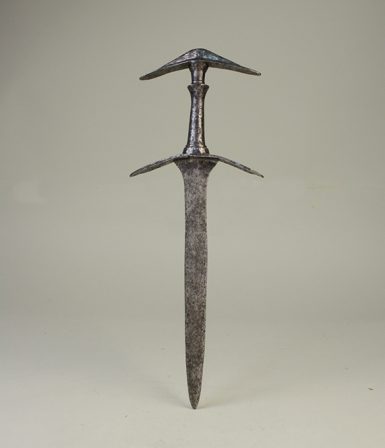