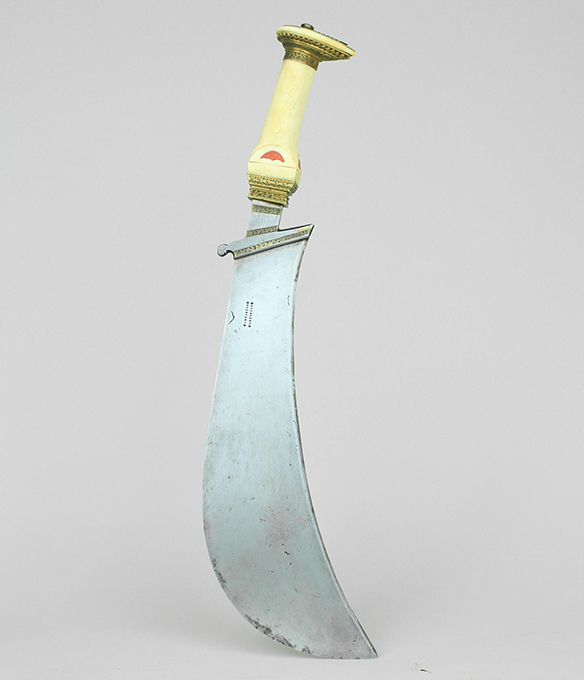 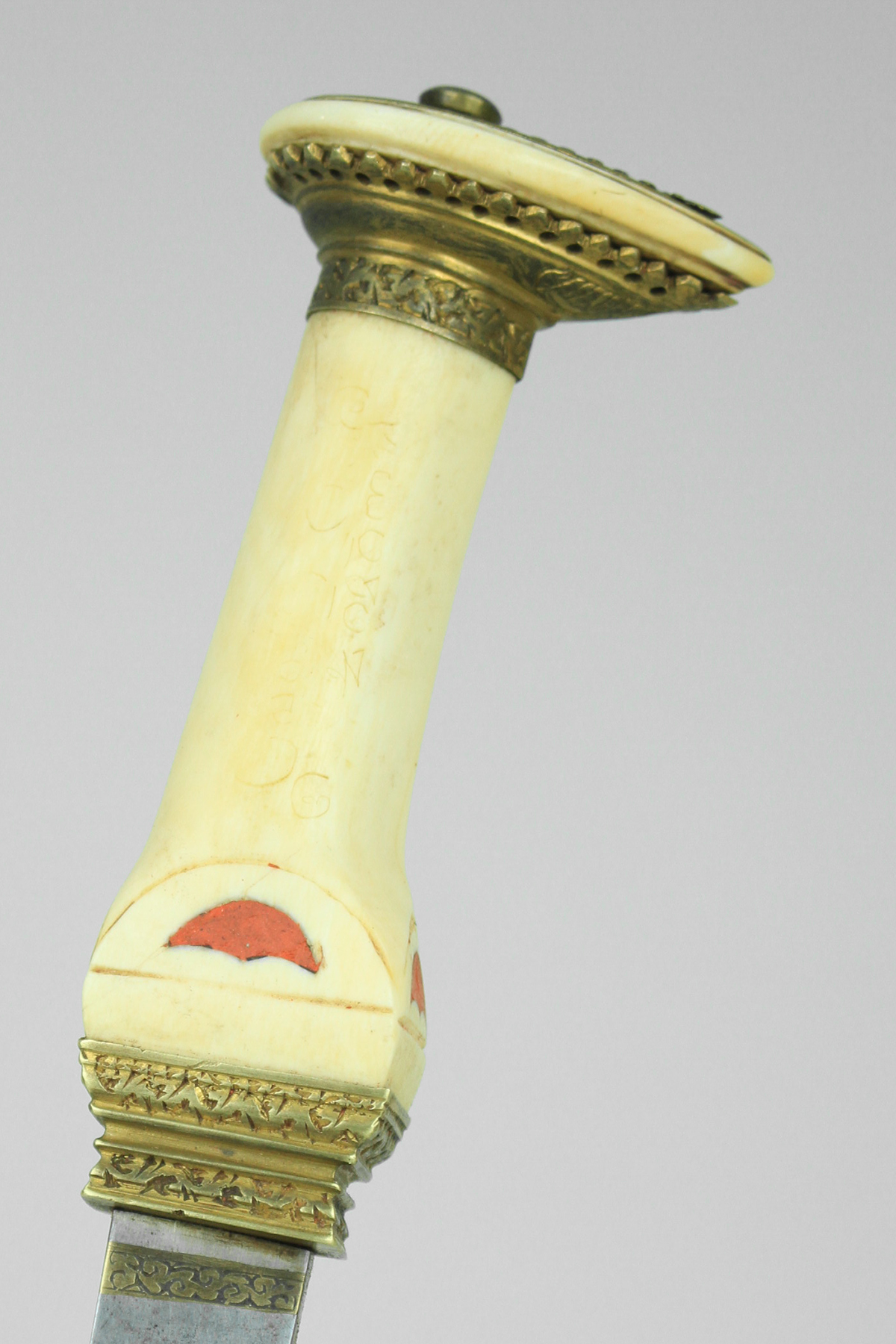 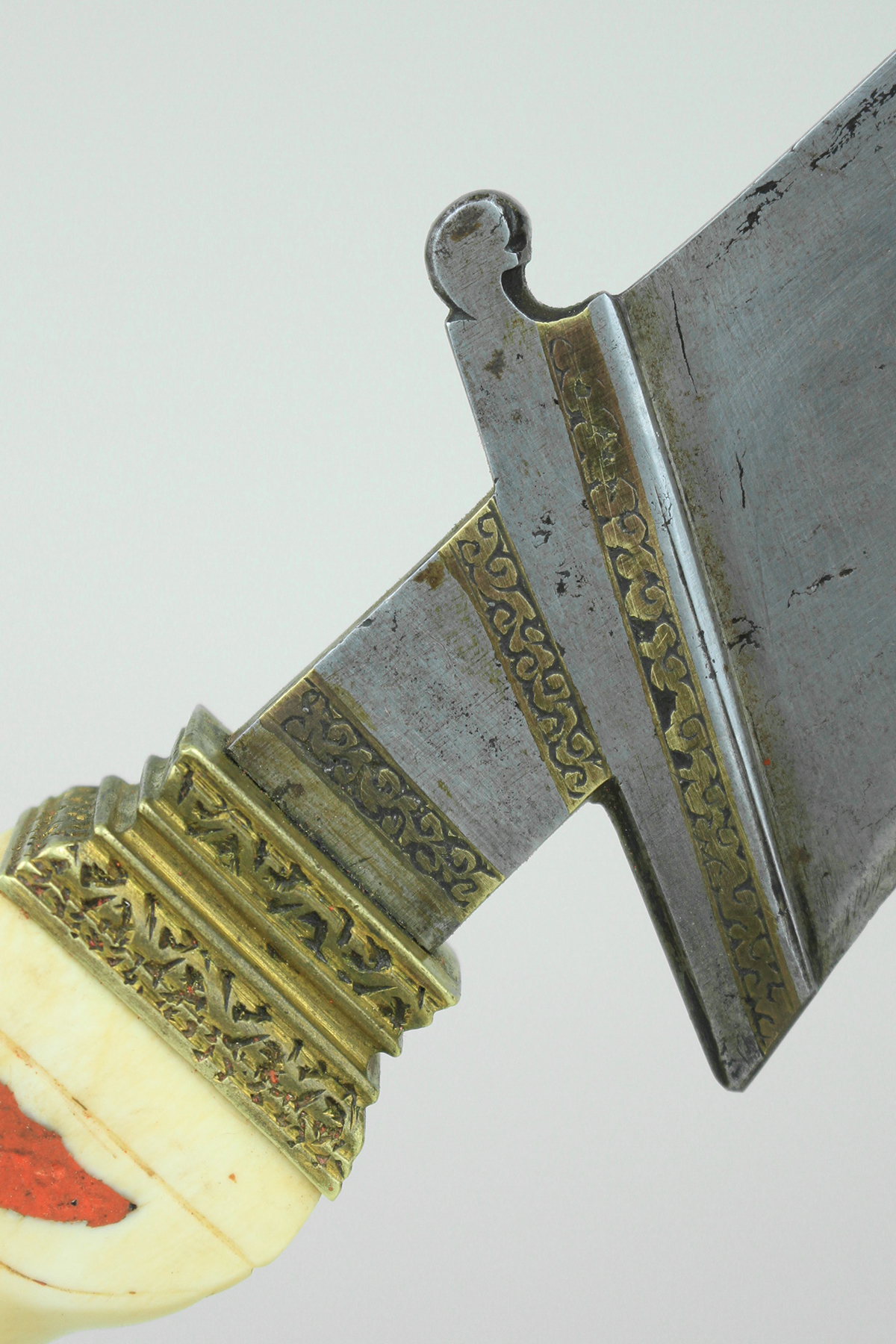 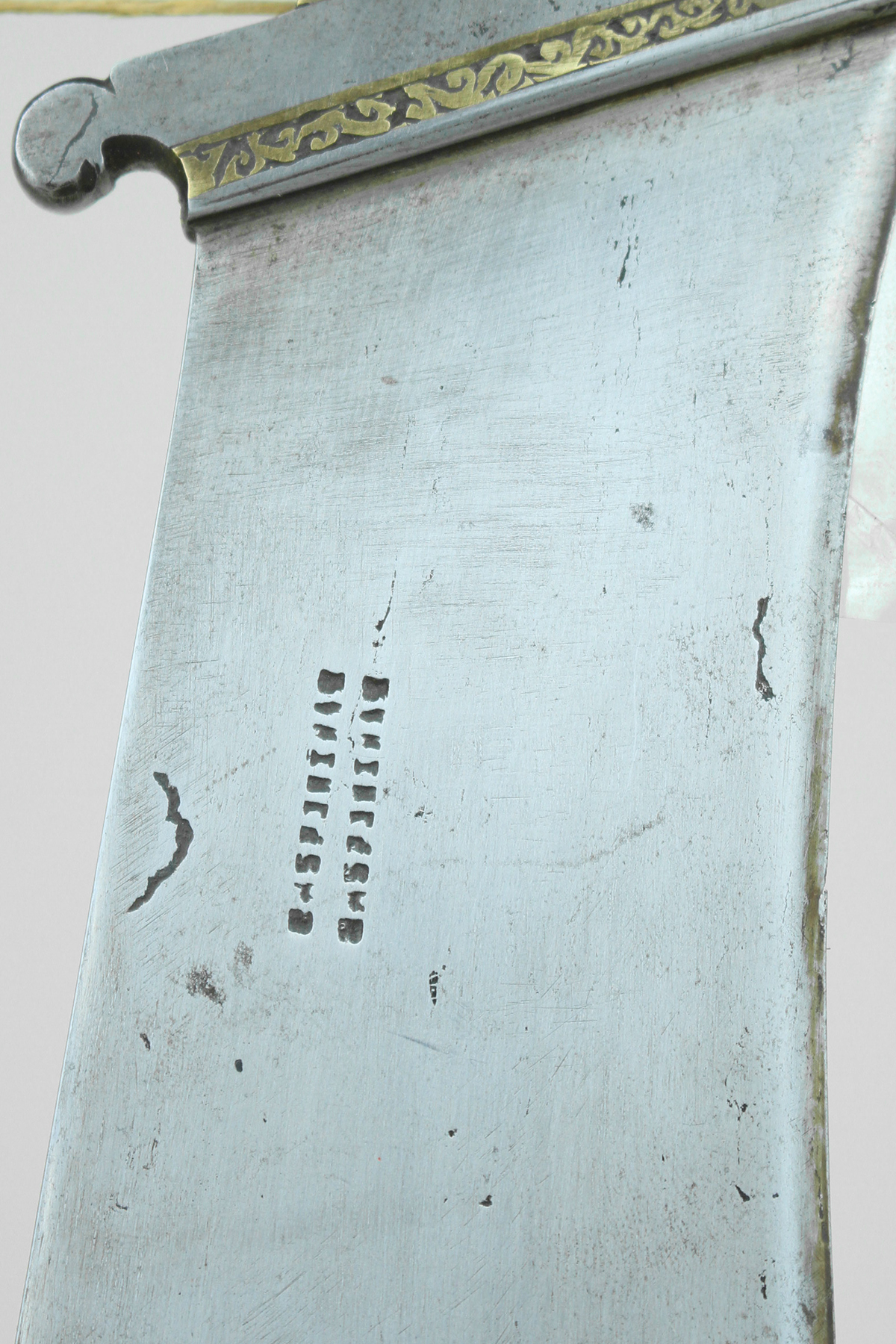 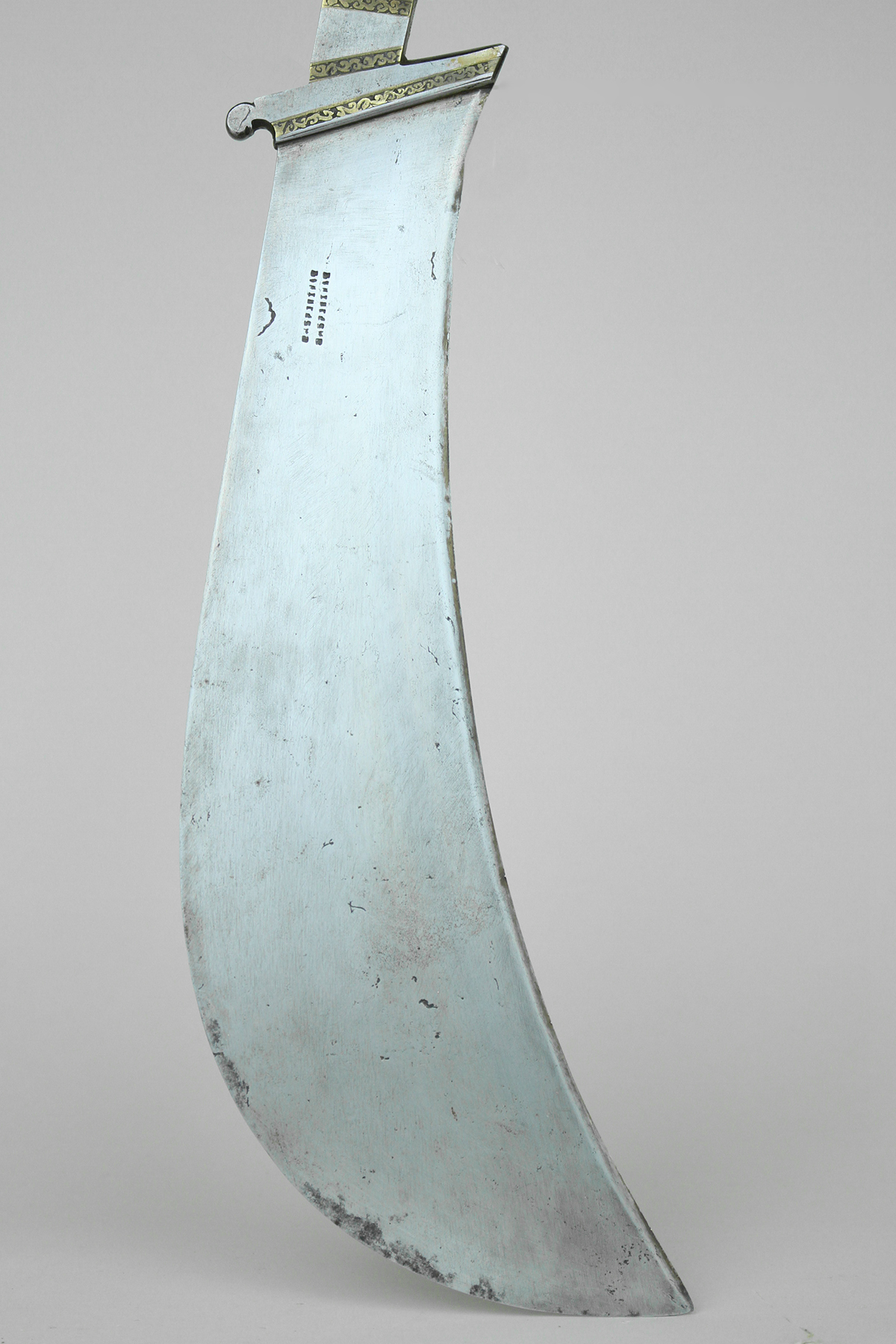 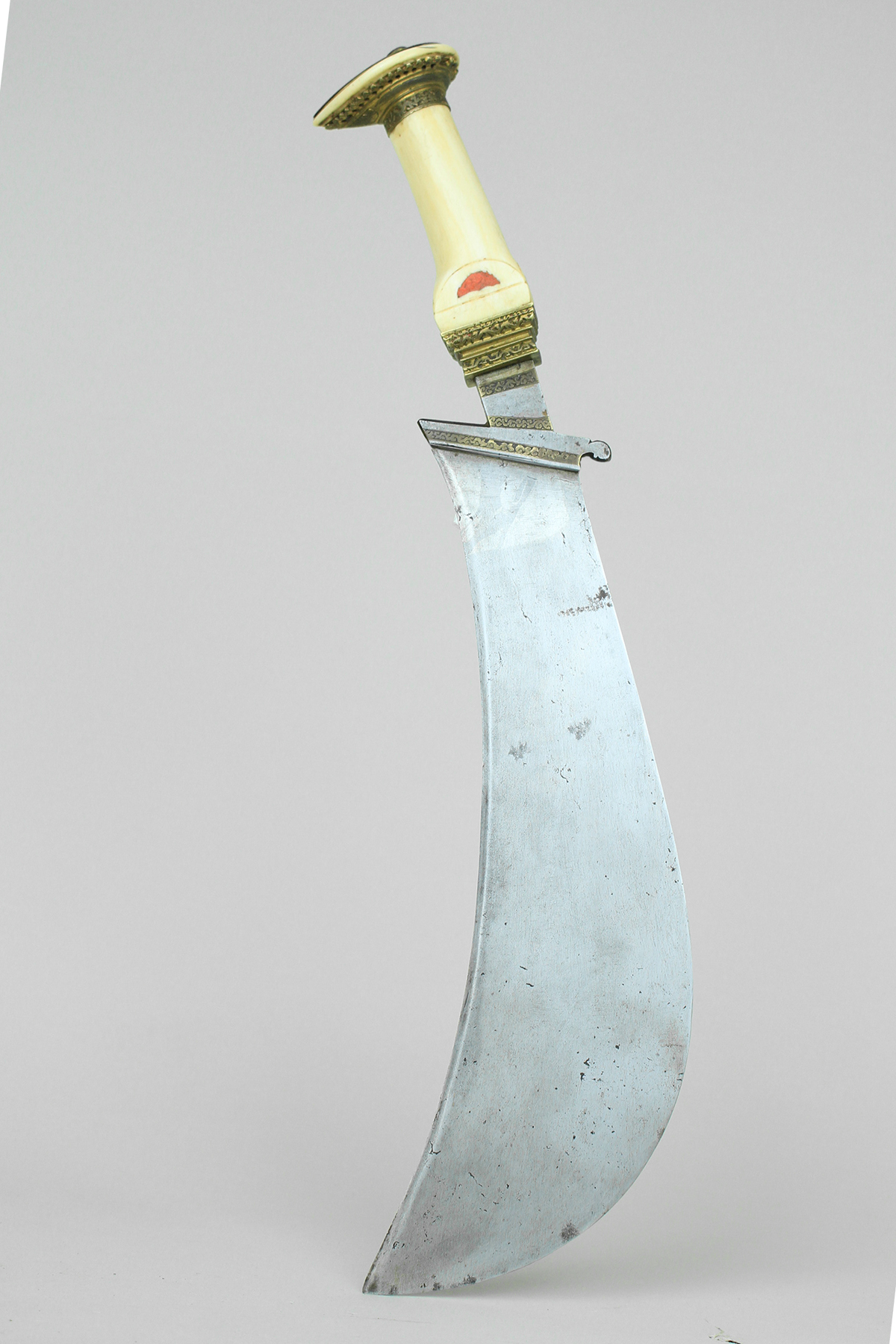 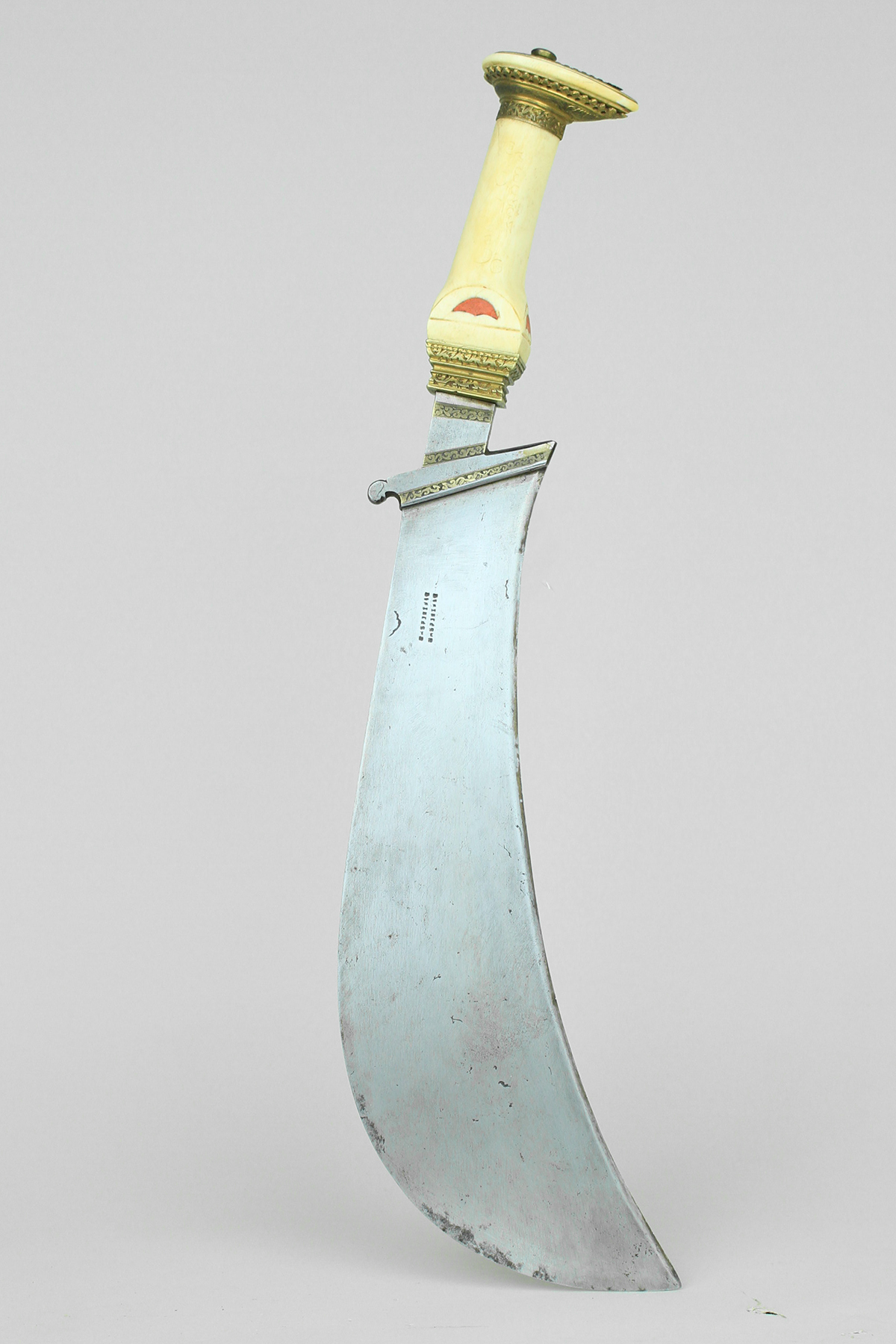 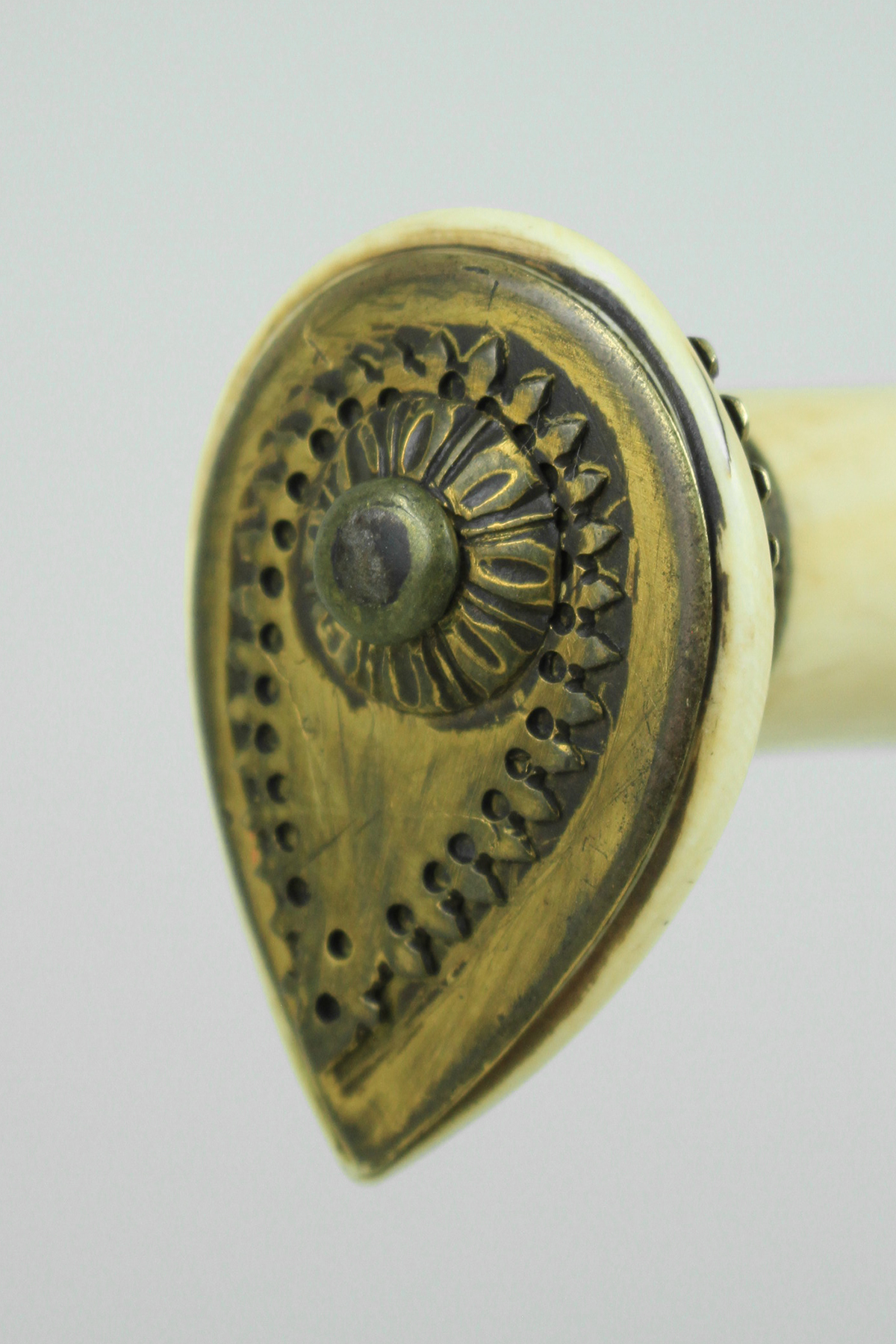 The Ayda Katti sword is  the traditional sword/ Agricultural tool of the Kodava people resides in what is today Karnataka state in South West India. The British named the region “Coorgi”, a corruption of “Kannada” the local word that means “hilly”, the geographical condition of the region. It so happens that the Kodava people are named Coorg and the Ayda Katti is better known as Coorg weapon.

The Ayda Katti is of a very peculiar shape. Sickle shaped and  reminds in a way an agricultural tool, but it is a real weapon and a deadly one in the experienced hands.  Wide down curving single edge blade and handle with a kyte shaped pommel. The Ayda Katti has no scabbard and it is worn fitted  on the back of the warrior, in a heavy brass frame on the belt.

The Ayda Katti, like other Coorg weapons  is one of the rarest swords of the Indian arsenal. Its rarity is a result of a punishment inflicted by the British administration on the Kodava people in 1884, when a huge number of weapons, including knives, swords and firearms were confiscated and dumped in the sea. See Below.

This exemplar is rather  early, with curved edge and spine. The blade is signed, probably with maker name. Finely carved ivory handle with ivory kyte shaped pommel, both with good age patina . Beautifully engraved brass inserts on the blade, brass  bolster and brass  pommel cover plate. 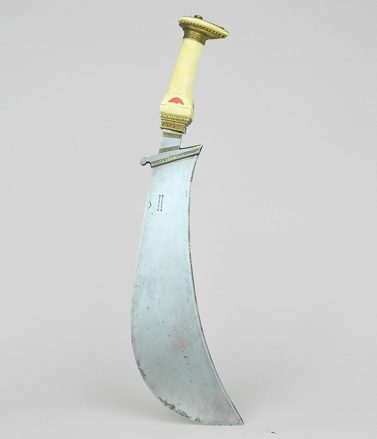 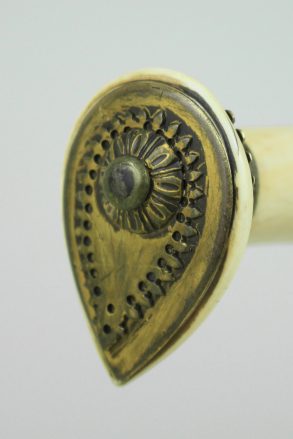 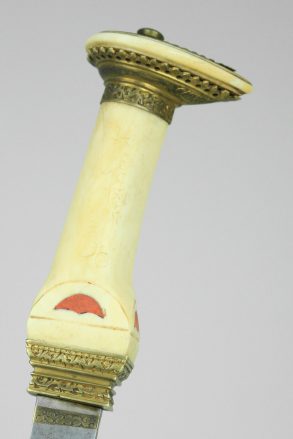 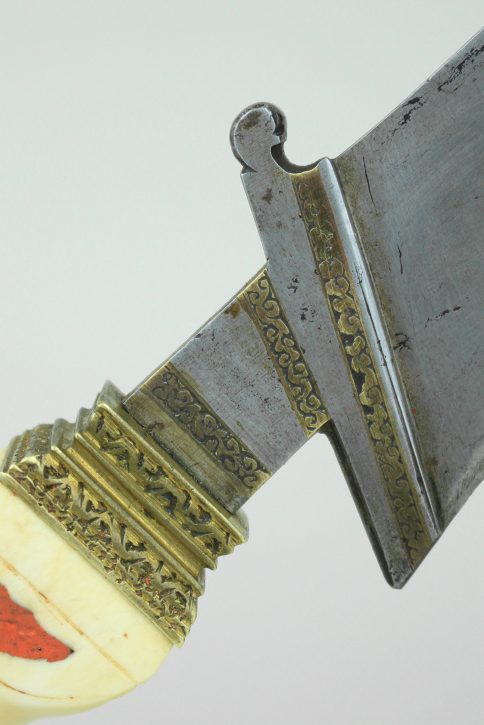 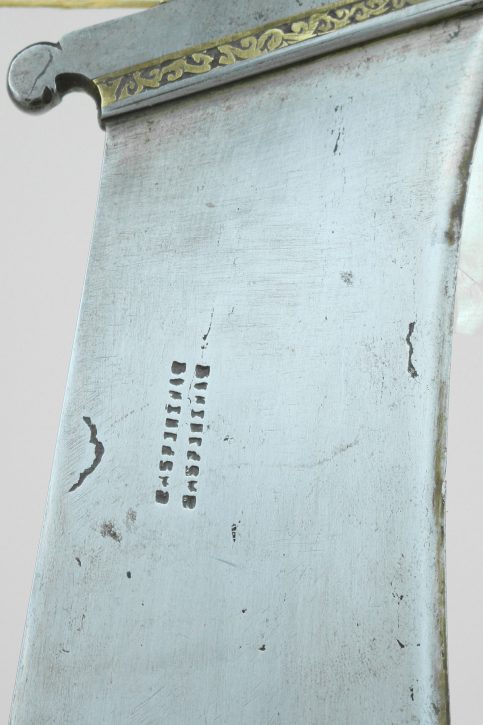 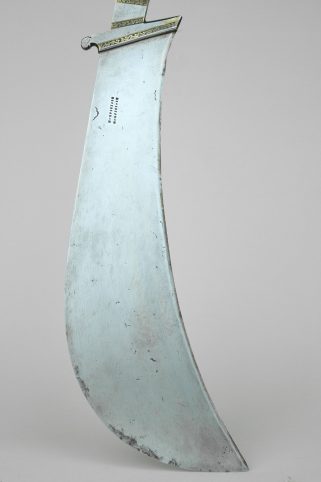 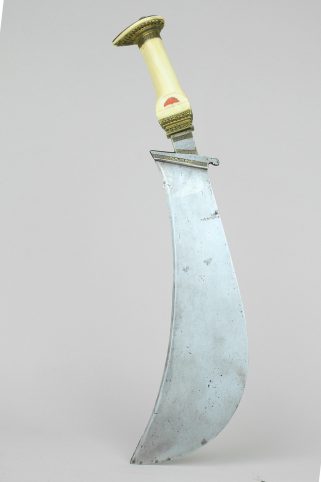 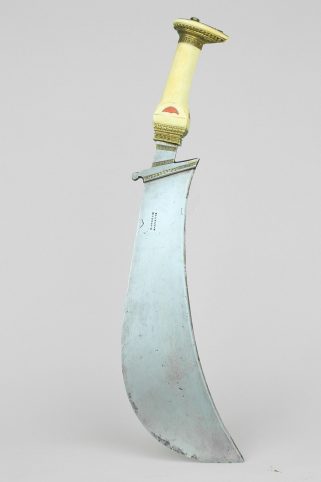 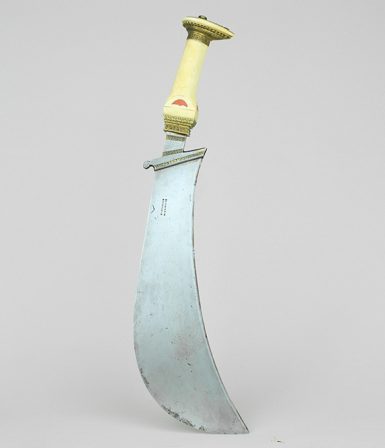