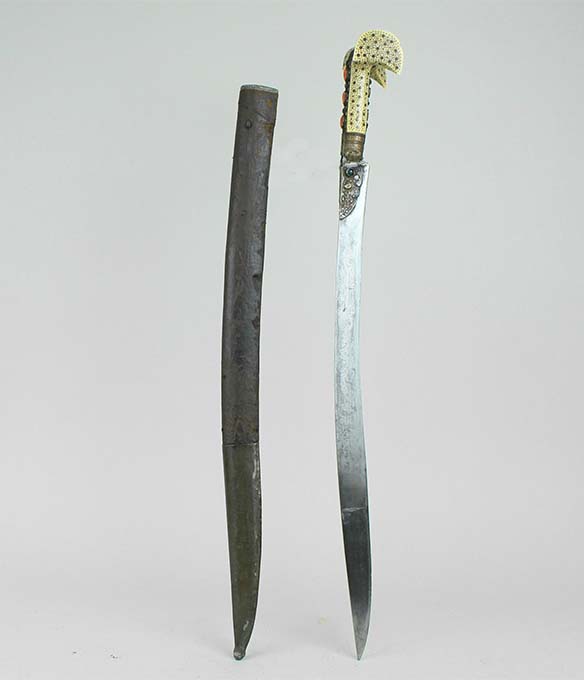 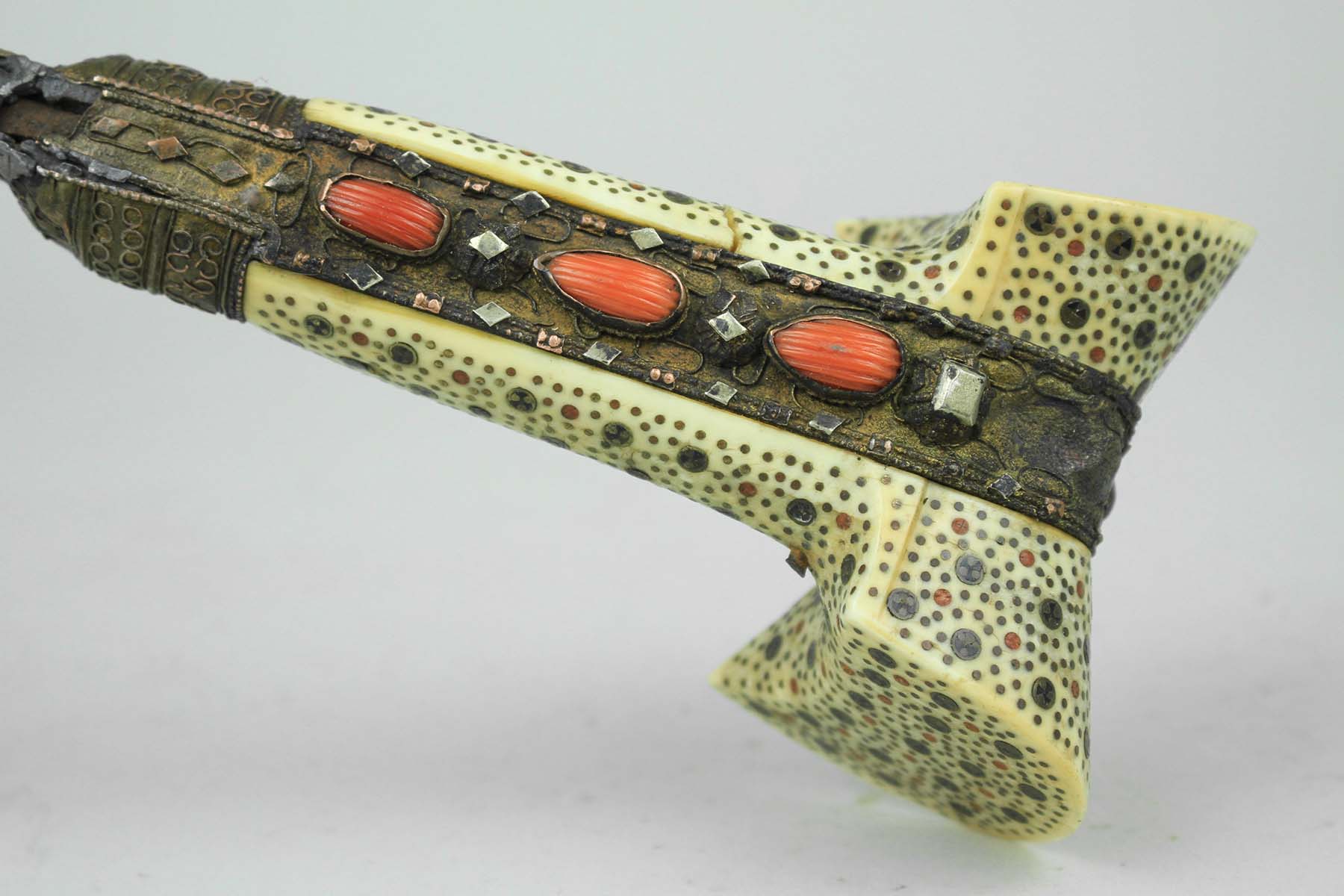 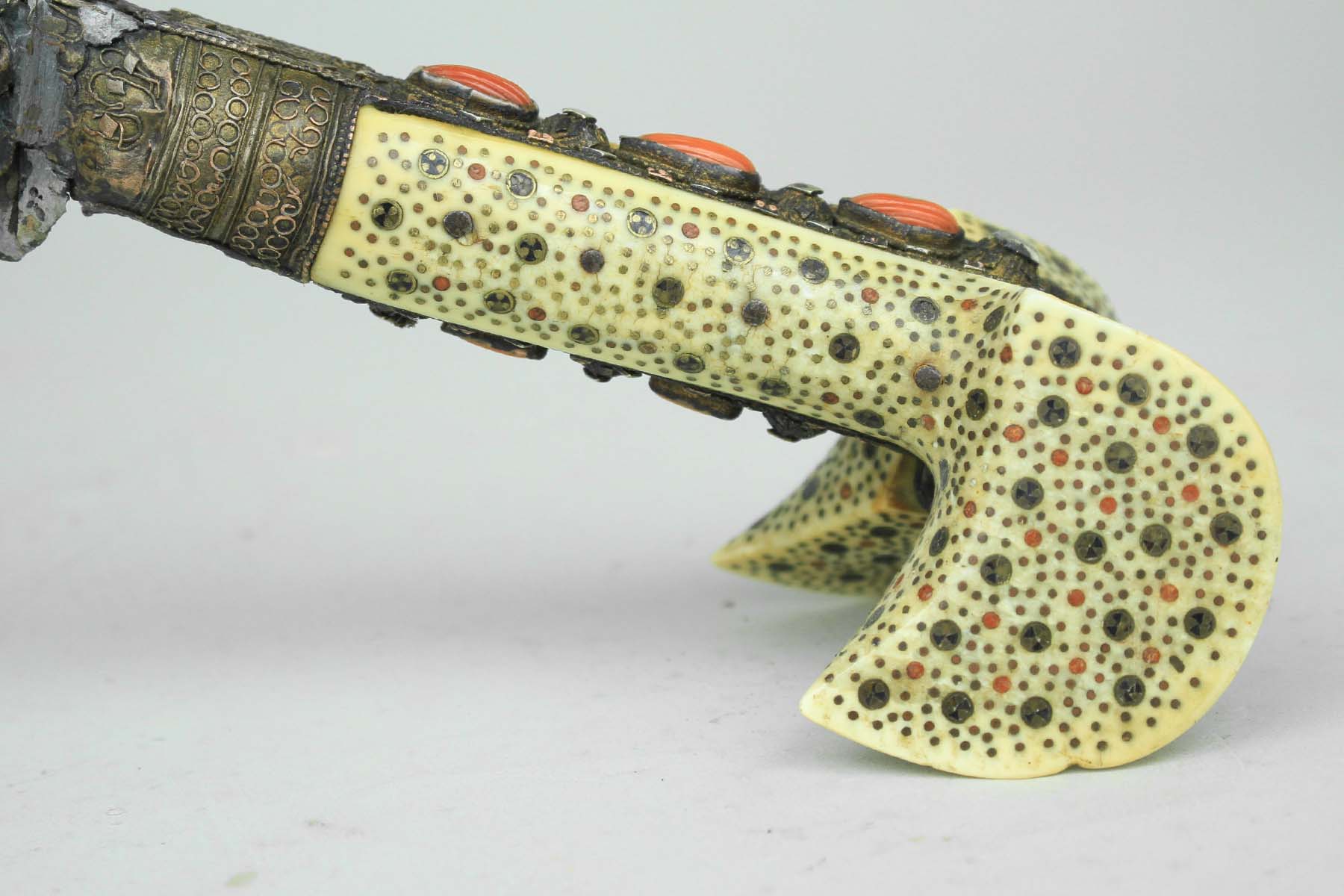 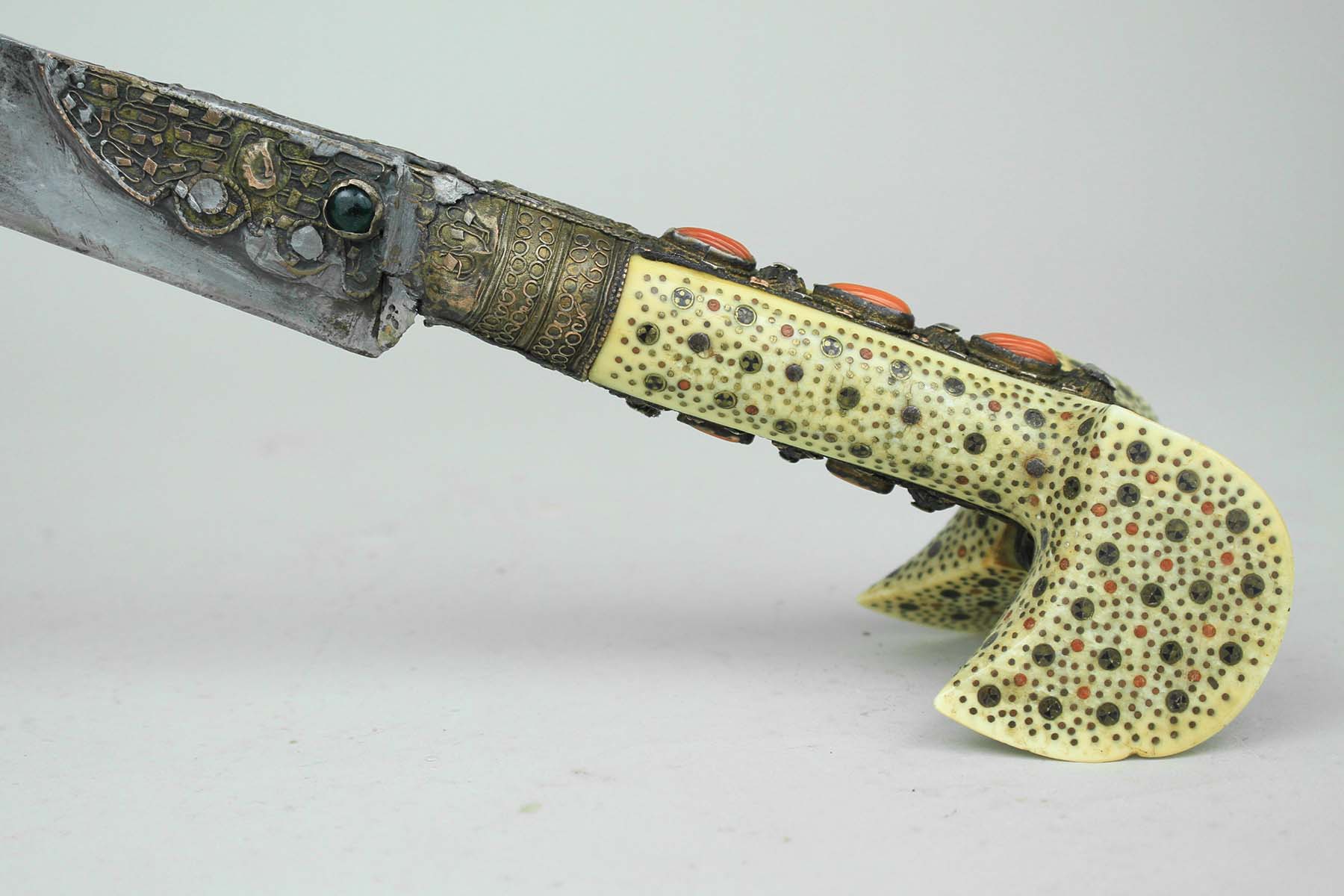 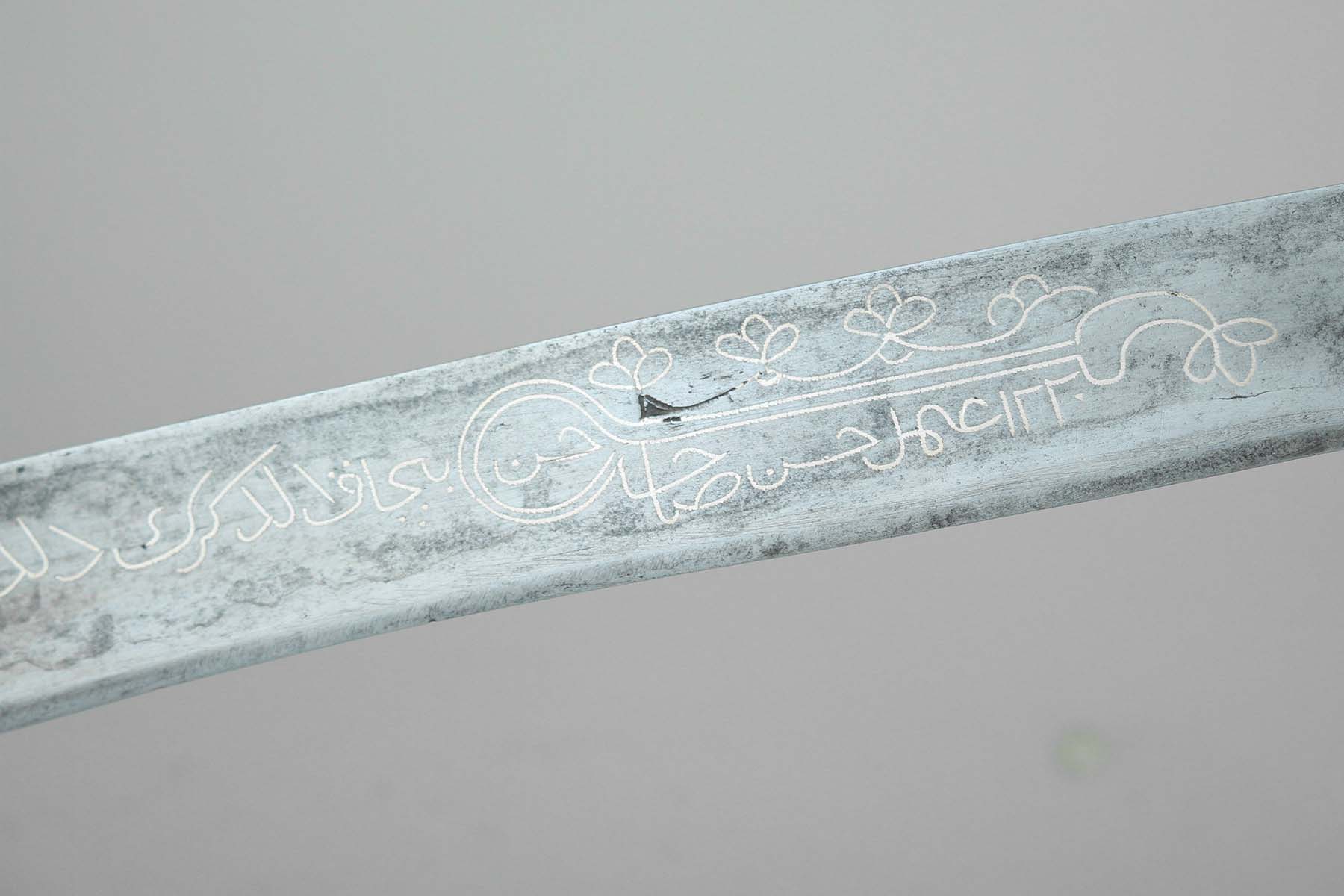 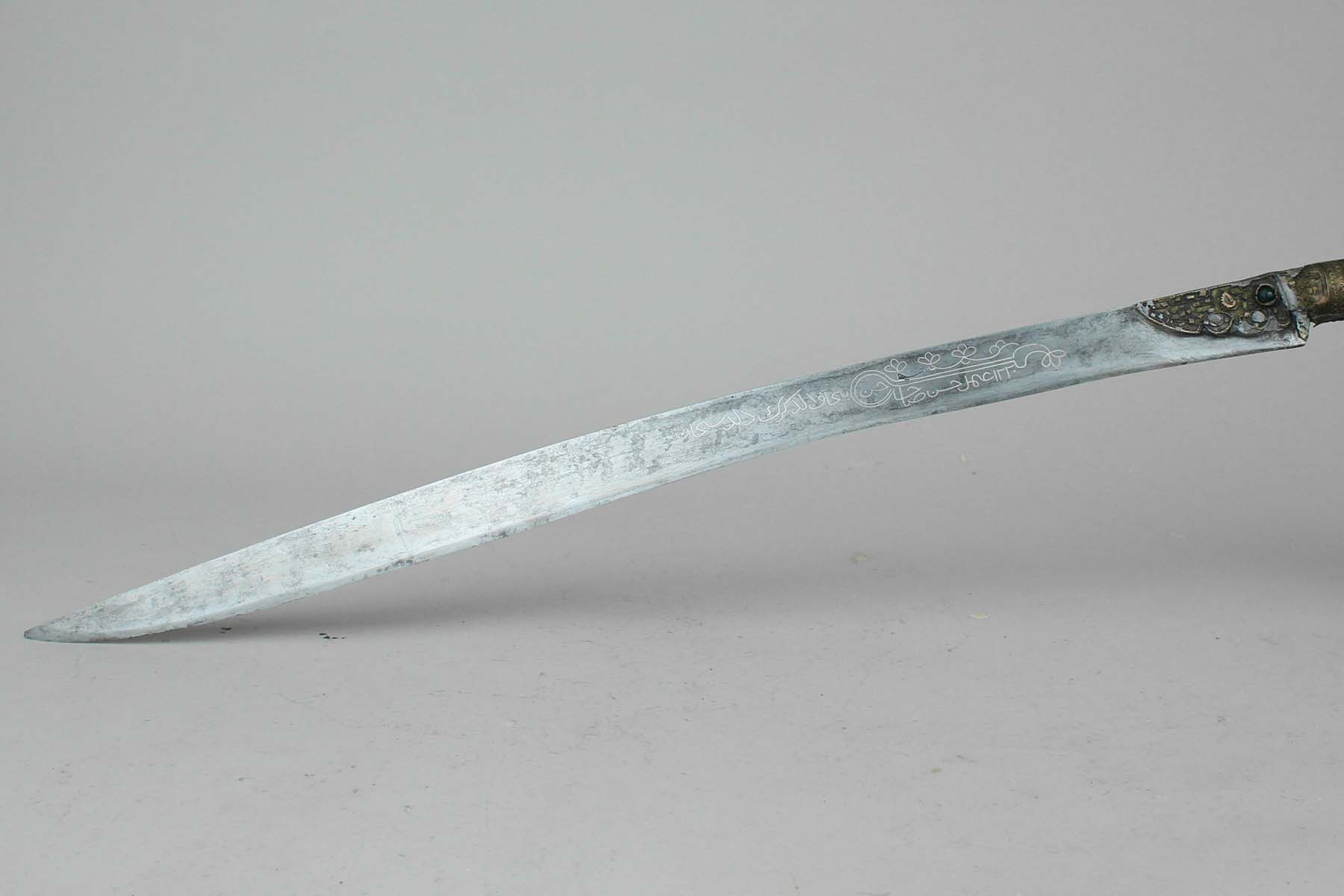 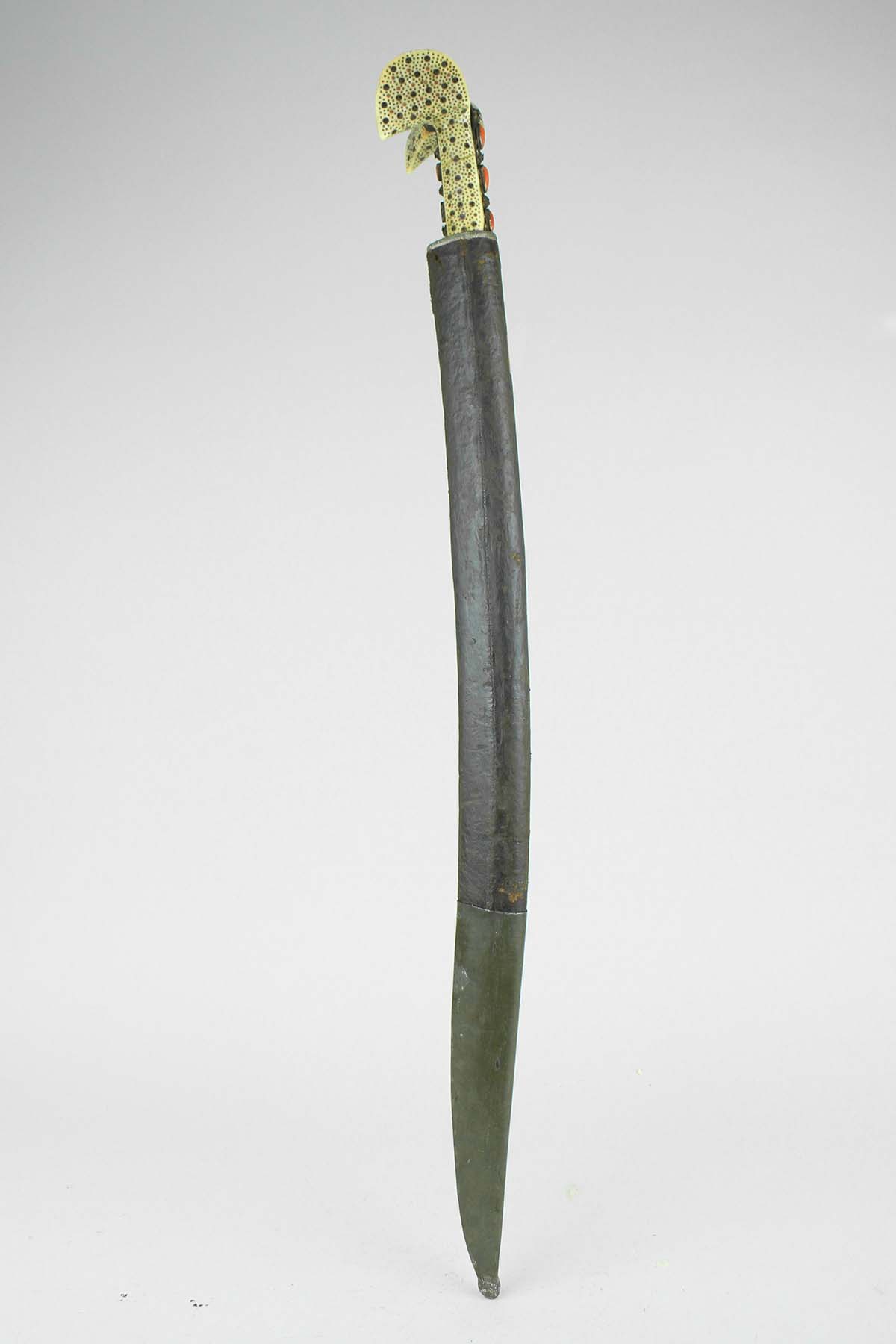 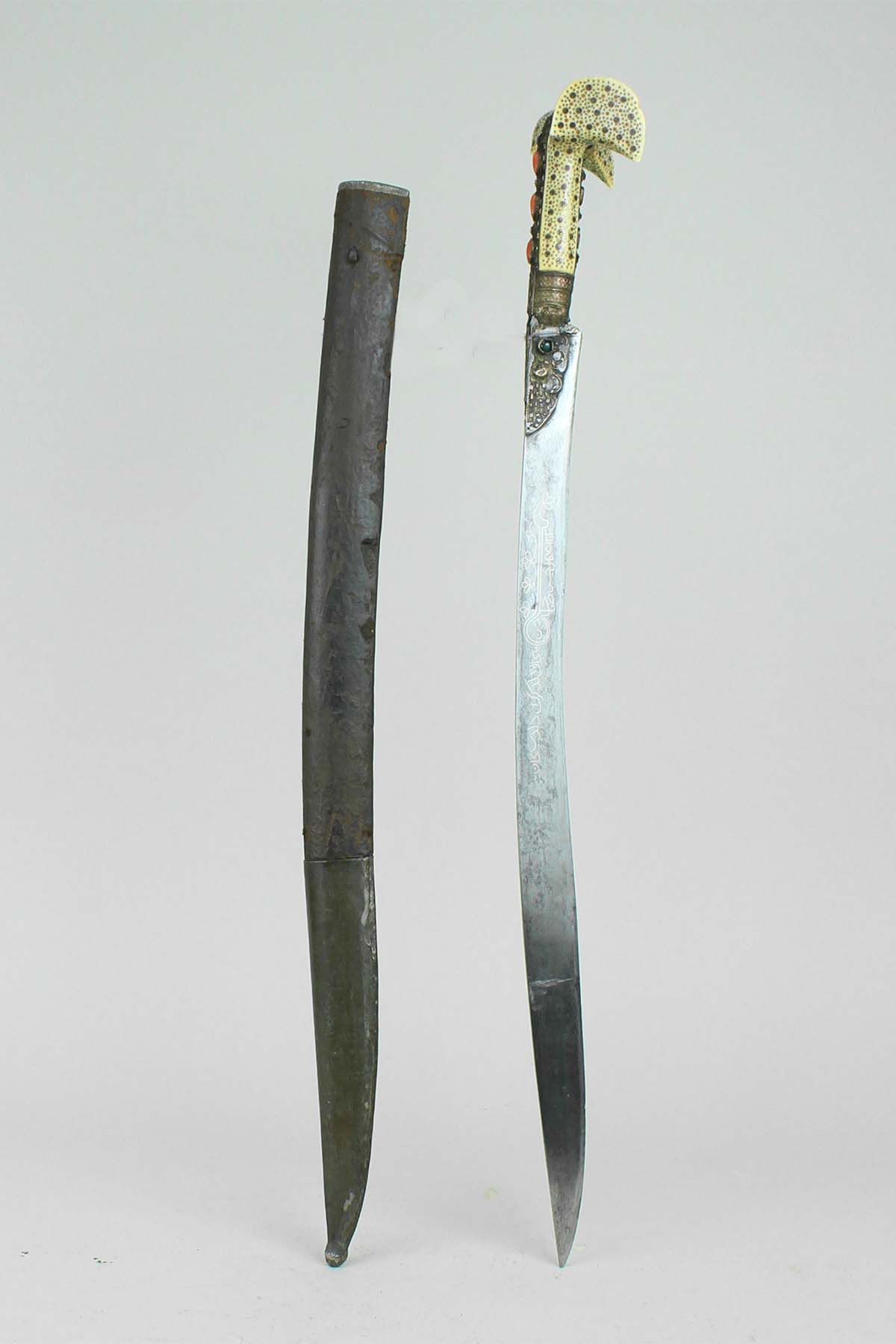 The Fine Yataghan offered here is of Balkan origin and may be from Bosnia.   The blade is down curving with inscription in silver inlaid (True inlay) Arabic letters and dated to 1220 in the Islamic calendar (1805 in the Gregorian calendar). 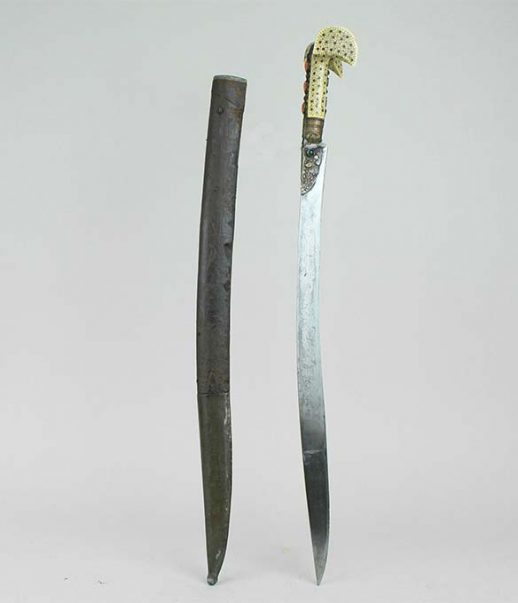 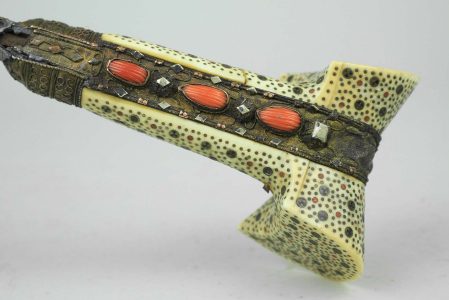 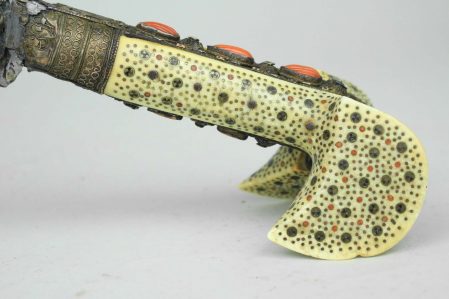 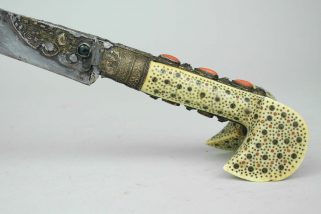 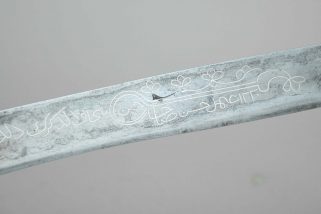 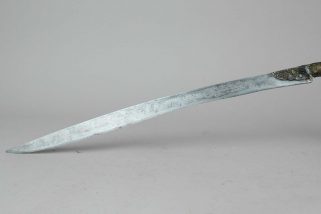 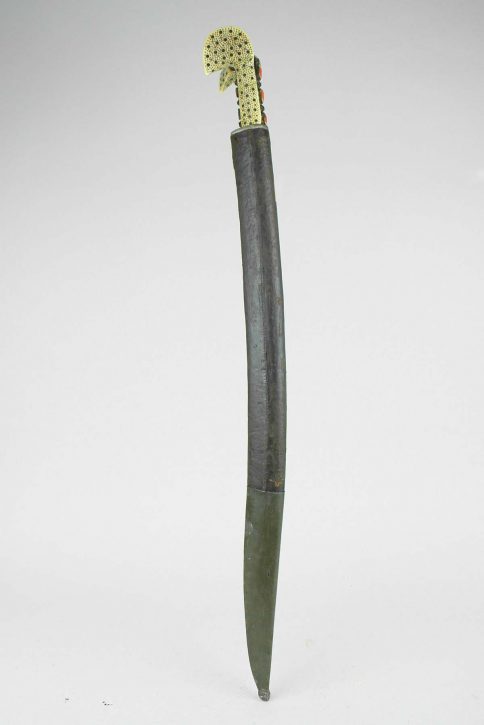 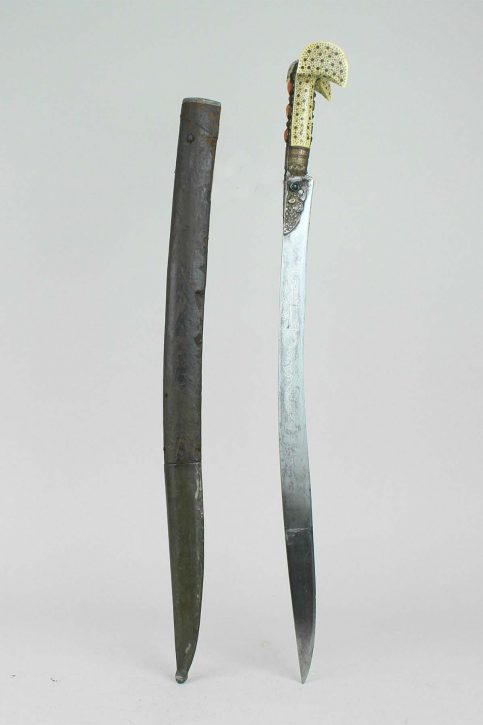 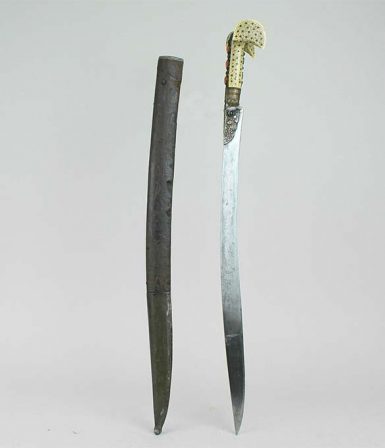