An important group of “Trumbash” and “Emambele” Knives Mangbetu tribe.

Collected in the late 19c by the Lado enclave Commissioner General 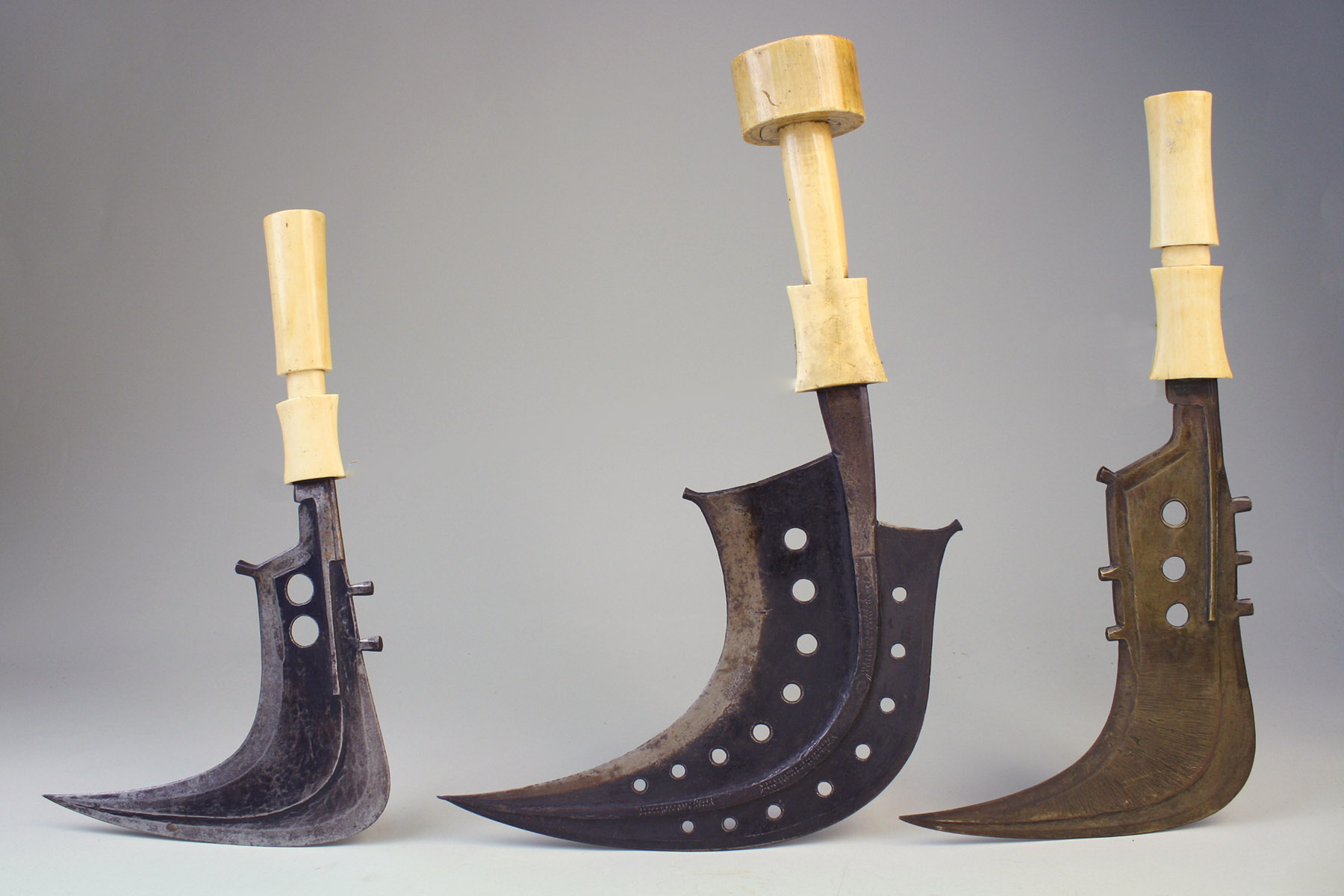 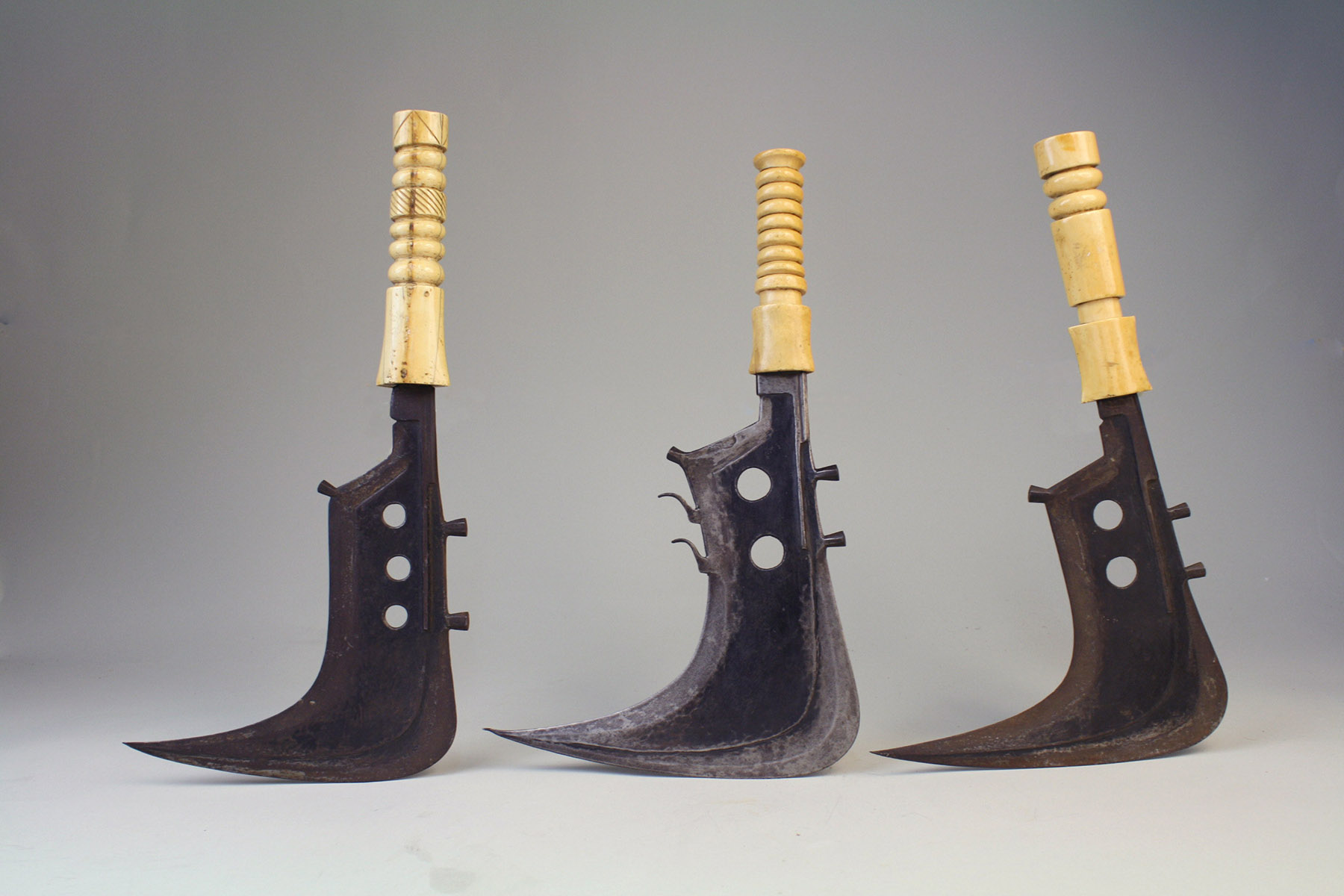 An important and fine group of 6 classical  “trumbash” and “Emambele” knives.  All have carved ivory handles and various shaped blades , two which are very rare in size and form and one rarer exemplar of brass construction. Collected by  Commissioner General of the Lado Enclave Georges François Wtterwulghe between 1894-1904

The Mangbetu are a people of the  Democratic Republic of the congo, living in the northeastern province of Haut-Uele on the border with south sudan and Uganda.

By the early 18th century the Mangbetu had consisted of a number of small clans who migrated southward from sudan. In the late 18th century a group of Mangbetu-speaking elites, mainly from the Mabiti clan, assumed control over other Mangbetu clans and many neighboring Bantu-speaking tribes. It is likely that their knowledge of iron and copper forgery, by which they made weapons and fine ornaments, gave them a military and economic advantage over their neighbors.

The Mangbetu are known for their highly developed art and music. Mangbetu art, famous for its realism, it is i a court art objects were displayed in the king’s presence as prestige. When Western contact was first made with the Mangbetu at the turn of the century, white explorers were struck by the quality of the architectural and artistic skills of their tribal craftsmen. Most of the pieces produced by the Mangbetu are dated from around the turn of the 19th century, The arrival of colonials stimulated the production of artistic objects and a European influence was felt on Mangbetu art.

The Mangbetu stood out to European colonists because of their elongated heads. Traditionally, babies’ heads were wrapped tightly with cloth in order to give them this distinctive appearance.

Commissioner General of the Lado Enclave Georges François Wtterwulghe was a lieutenant in the Belgian army. He left for the Congo on 1892 and was added to the famous expedition to Haut-Uele region in north east Congo under the direction of State Inspector Le Marinel.Later he was promoted as chief commander of various cities in haut -Uele region and later promoted to be the Commissioner General of the Lado Enclave and Uele territory. Died in Yeï on May 8, 1904. This group was collected by him either in his expedition in 1890s or later in 1903 in his position in Lado.

The lado Enclave was a territory personally ruled by King Leopold II, it was exchanged with the British for another strip of land in eastern congo they needed for their train projects. The territory was given to King Leopold for his lifetime period only and in 1910 it cease to exist. 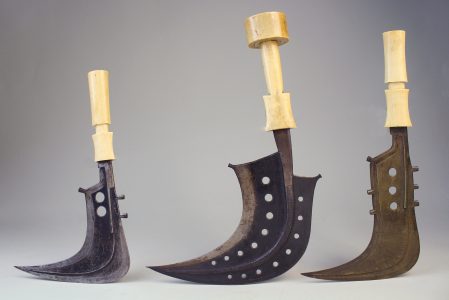 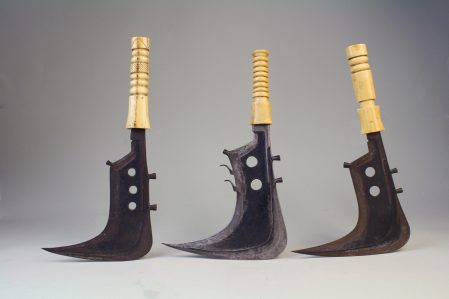 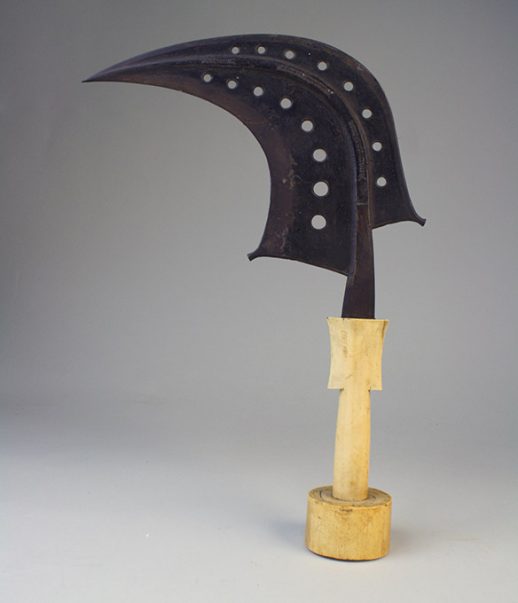 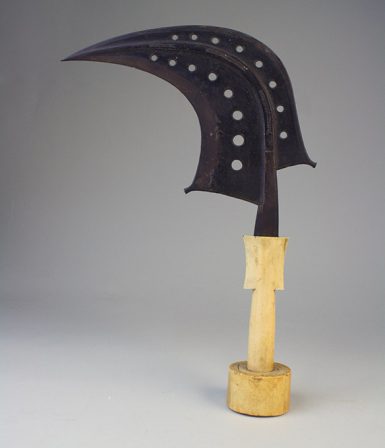