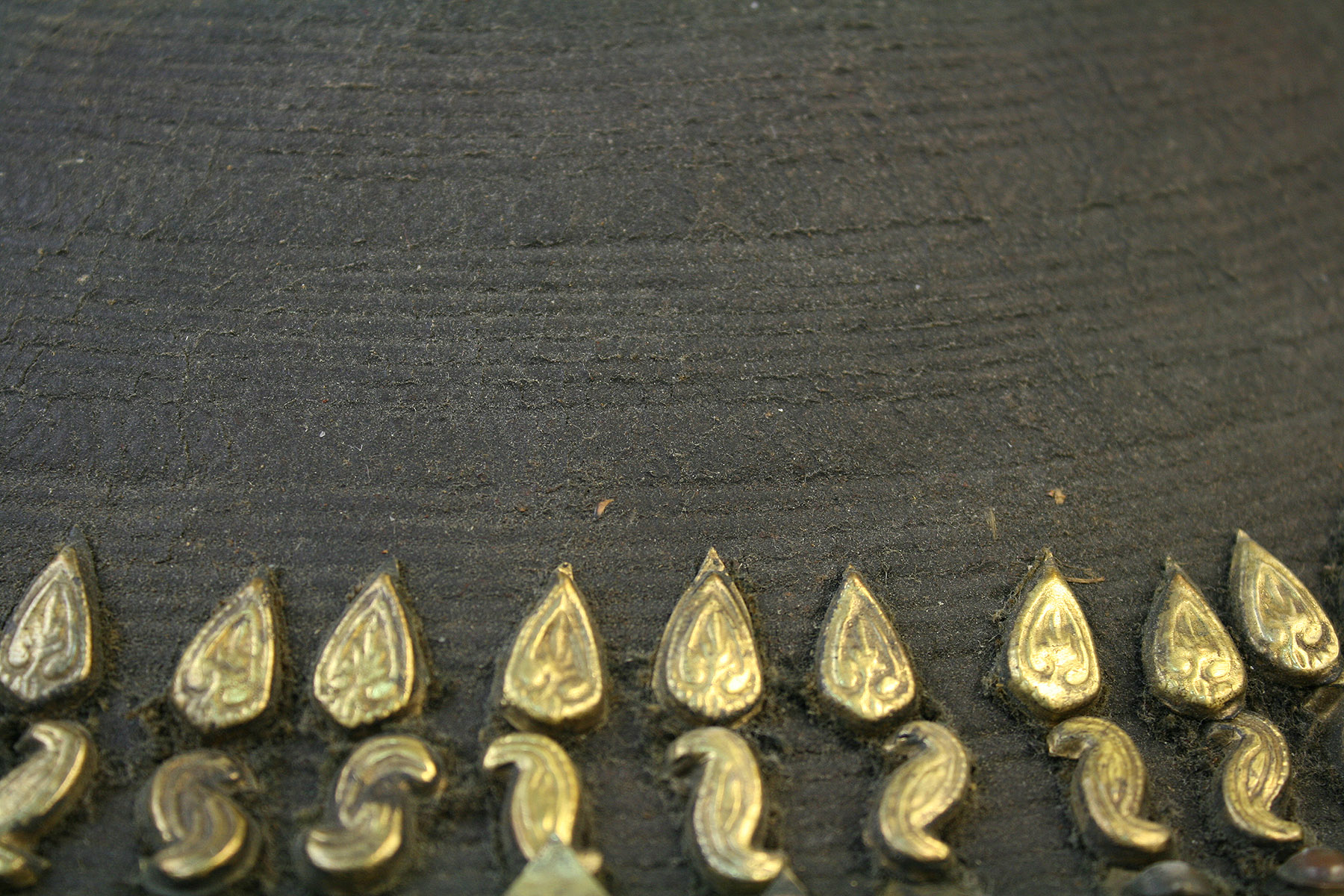 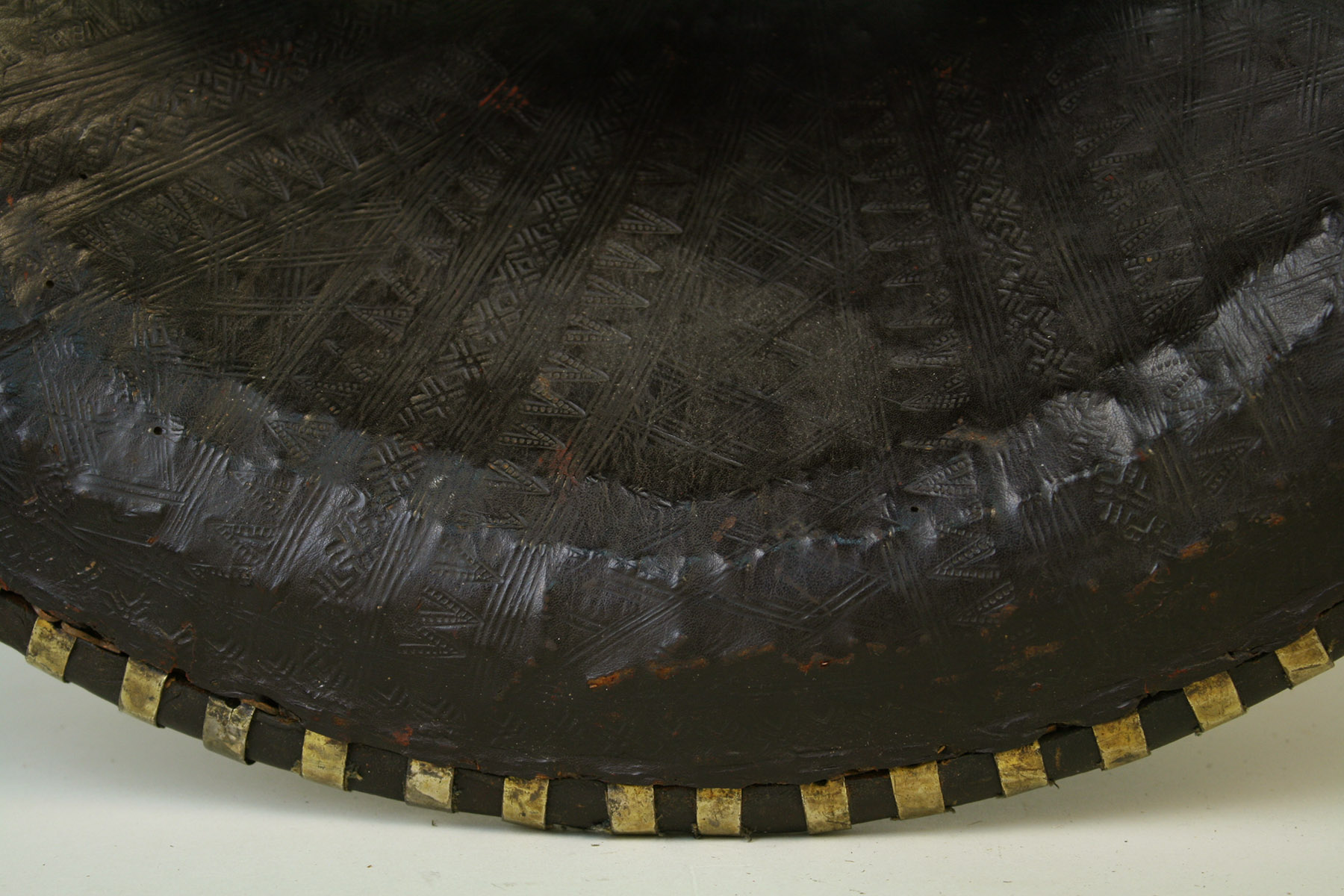 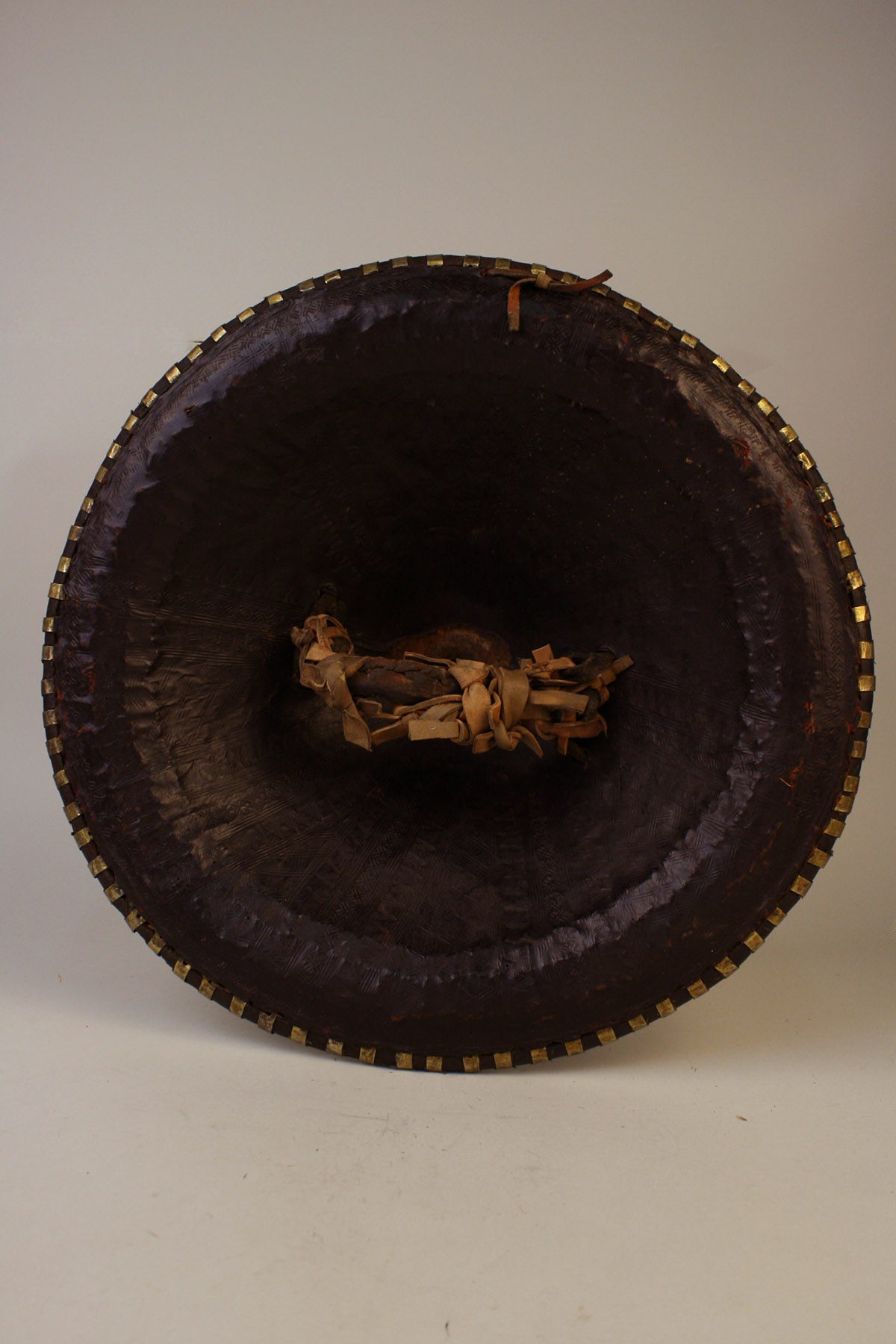 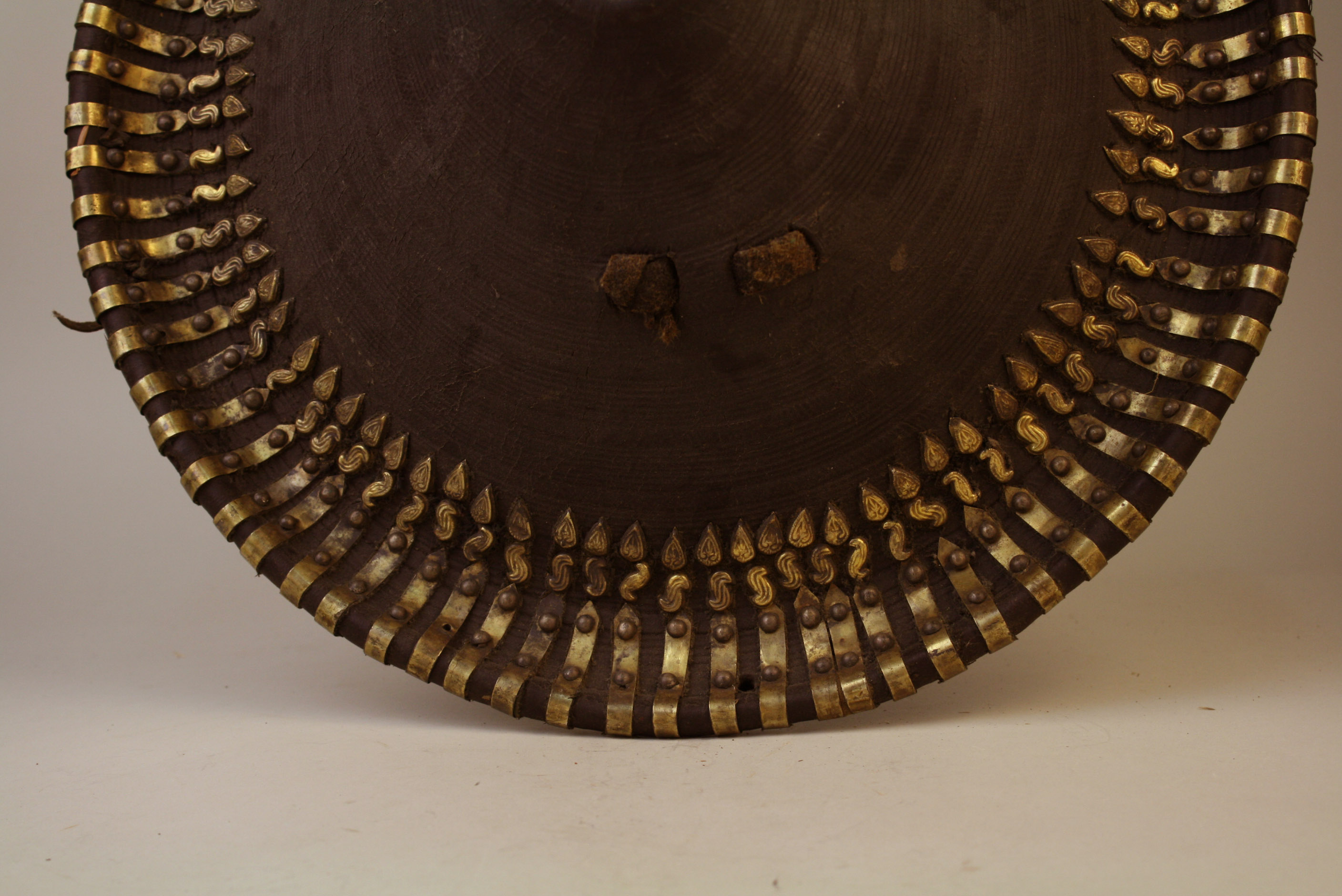 Amharas are ethnic group traditionally inhabiting parts of the northern and central highlands of Ethiopia  that formed the famous  Abyssinian Empire going back 3000 years to biblical times of King Solomon and Queen Sheba. The first Amhara Solomonic King was Melinik I and the last was   Emperor Haile Selassie that was Murdered in 1974.  The Amhara people were the dominent power in Ethiopia because of their Economic wealth and deep culture and heritage. They are Christian  and formed second largest Ethnic group in Ethiopia.  The shield offered here is made out of buffalo hide  has  a conical shape, 18 Inches diameter and 7 inches tall.  very nicely tooled with geometrical design in the inner and outer surface and decorated with thin brass chased panels Very good condition, lightly damaged and repaired handles. Beautiful shining patina. 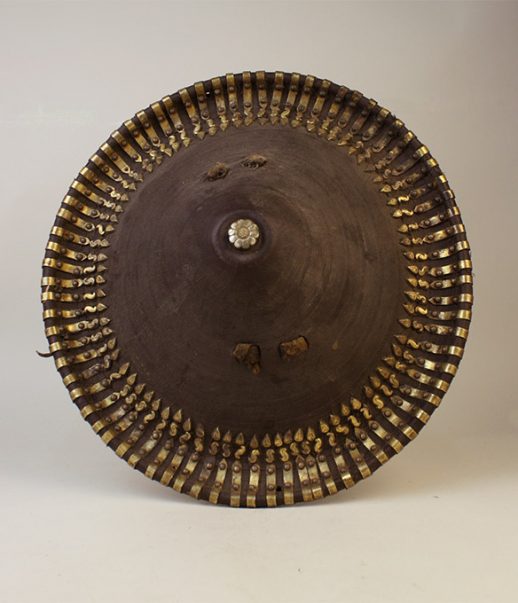 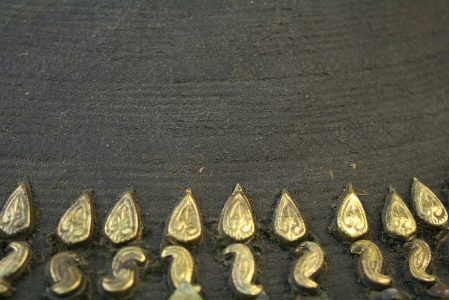 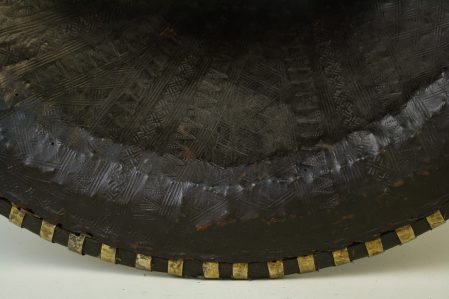 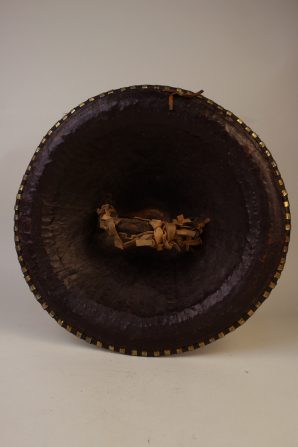 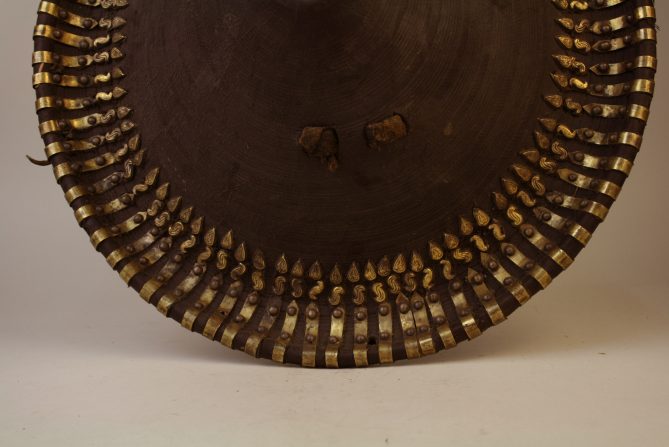 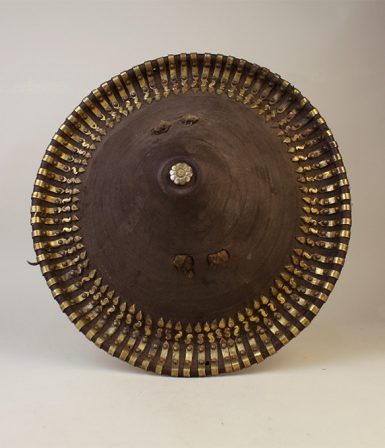