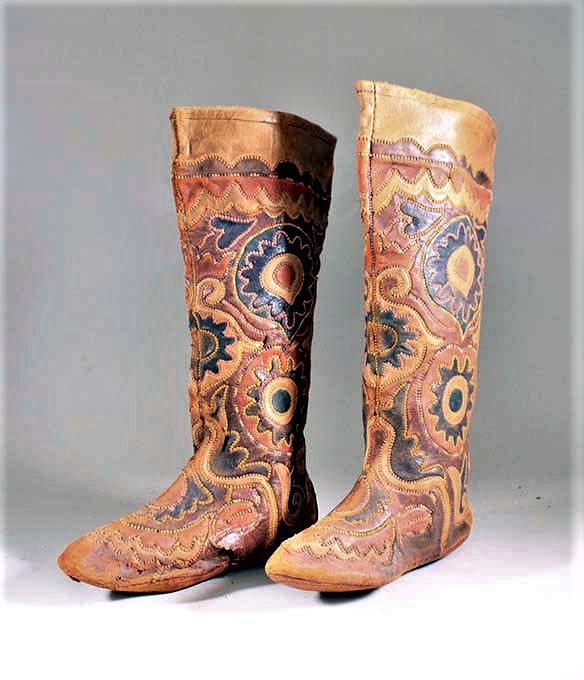 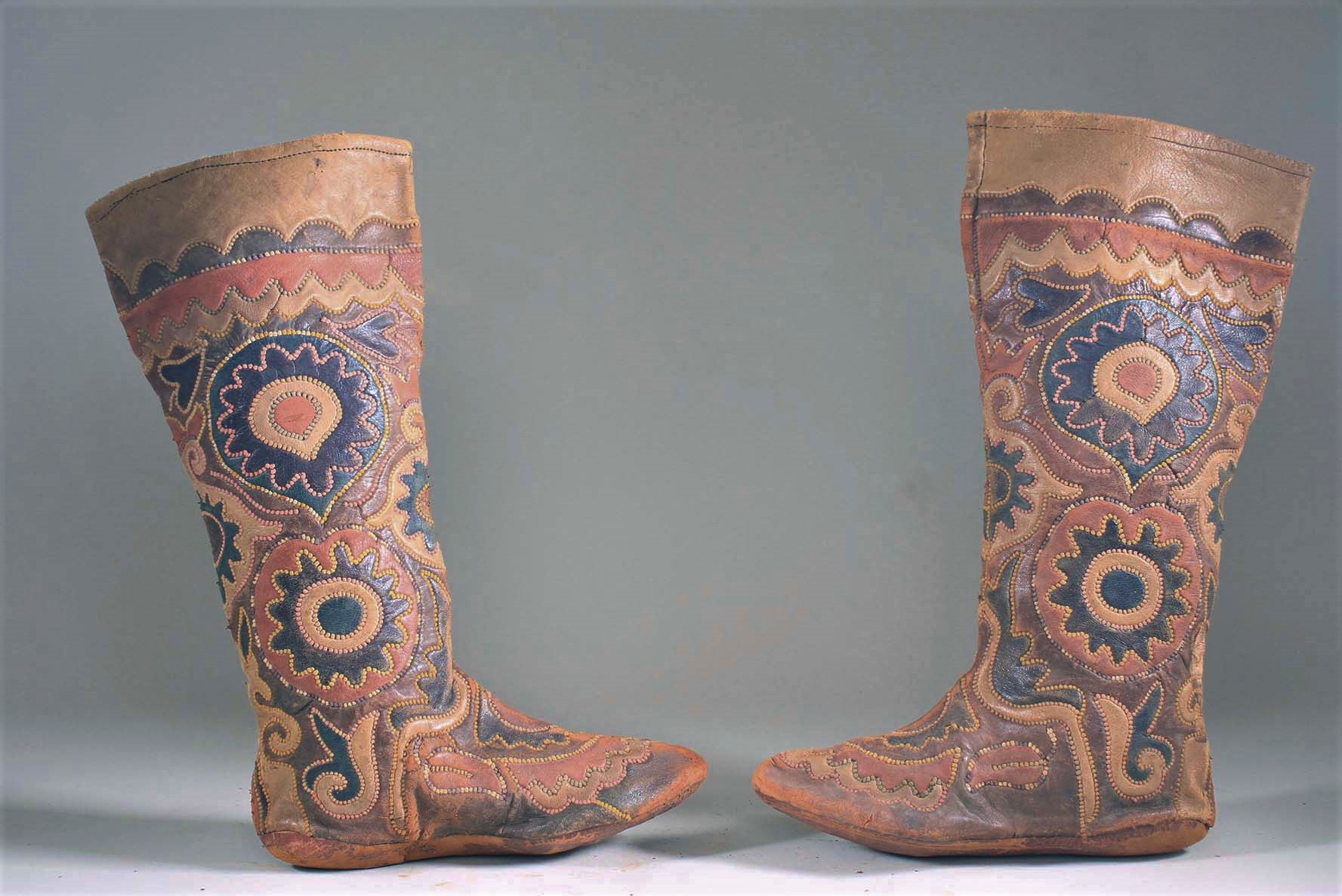 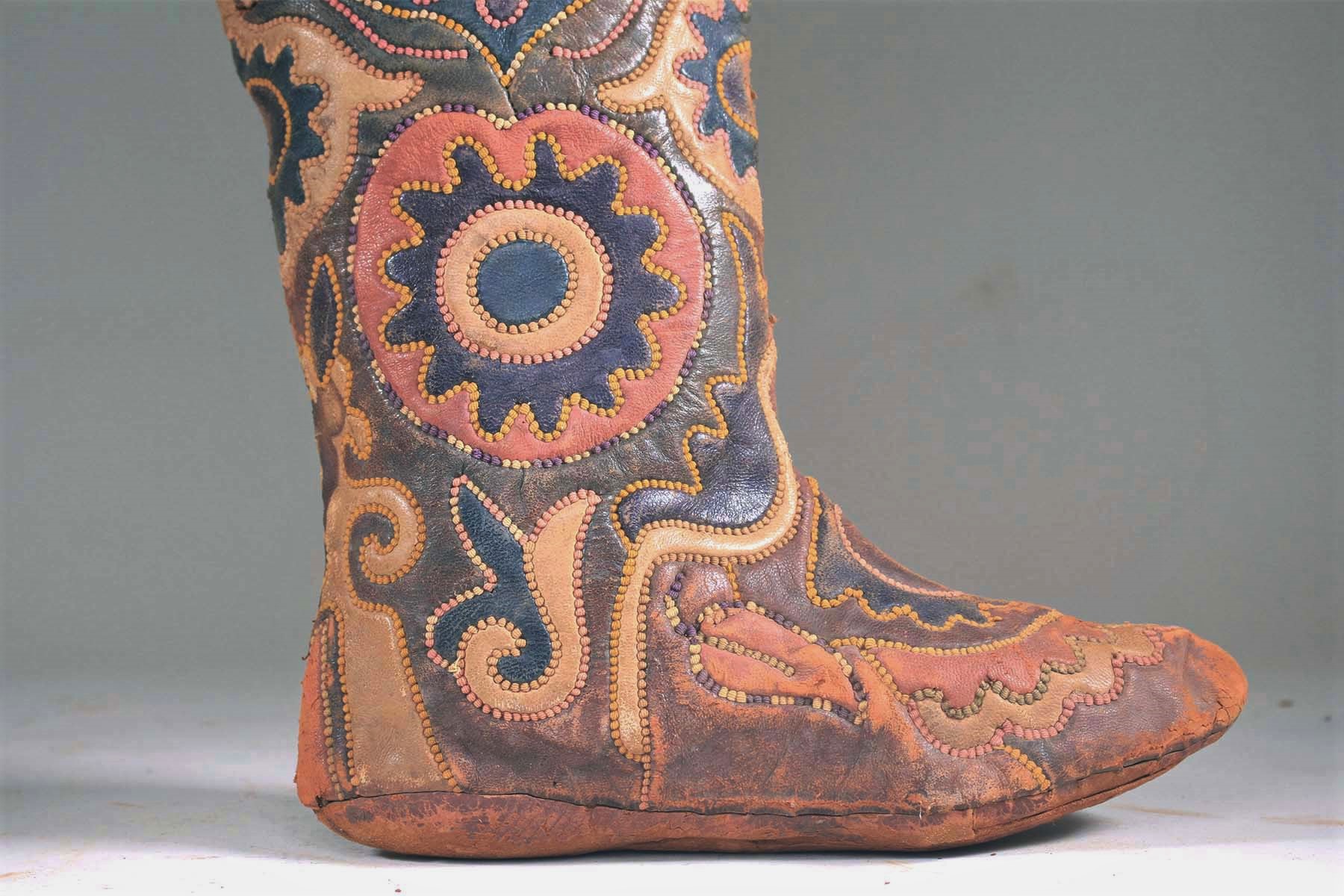 Leather goods crafted by Nomad Turkic people   who roamed the steppe of today Russia and  Central Asia are known from the  7C. BC,  from finds in the Altay mountains . Semi-nomadic Turkic Tatars that settled by the banks of Volga and Kama rivers in the 7th century CE established the state of Volga Bulgaria  inherited the art of leather craft  from the nomads and successfully perfected and traded  leather goods throughout Asia and Europe for many centuries.

Beautiful boots made from the soft and aromatic leather called “Bulgari”. Historical documents state the popularity of the leather footwear and the large scale of the leather manufacturing in Kazan Khanate,   the state that had inherited the territory of Volga Bulgaria as well as  cultural features, arts and crafts. Tatar footwear were gaining popularity among Russian upper-class and became part of well-recognized Russian costume. By the 19th century, the Tatar leather footwear production managed to expand and to blossom. Heavily decorated boots were worn by higher levels Tatar Muslim as well as Russian and aristocrats of the neighboring Ottoman Empire.  The beautiful Tatar boots gained further fame after the  World Fairs in London in 1851, Chicago, 1893 and  Paris 1925.

The pair of Tatar boots offered below is from the late 19th century made of  the leather mosaic technique with  graceful, delicate and intricate combination of floral, vegetative, zoomorphic and geometrical motifs and ornaments that are influenced by traditions and beliefs of Turkic nomads and Islam. The pair presented here comes with  soft soles and no heels and it may suggest that this pair  was made for horse riders.

Similar examples of Tatar boots are displayed in the collections of the most important museums in Europe and Russia.

A very similar example of a single boot is on display in Boston Museum of art accession number  97.166  gifted in 1897. 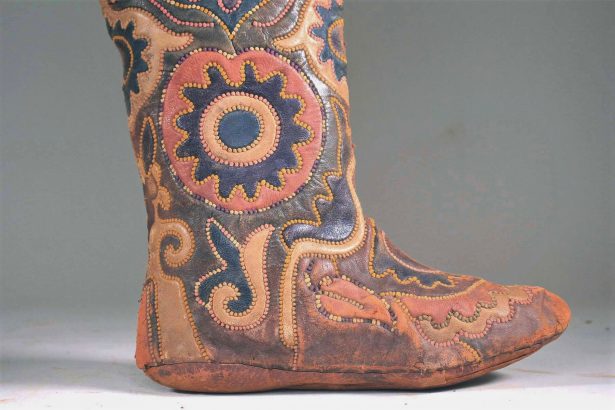 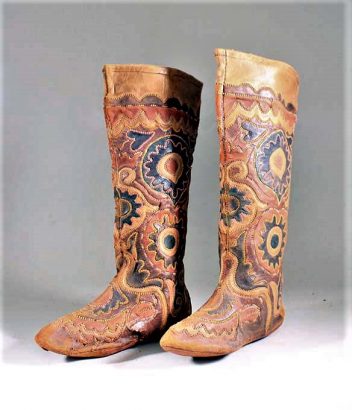 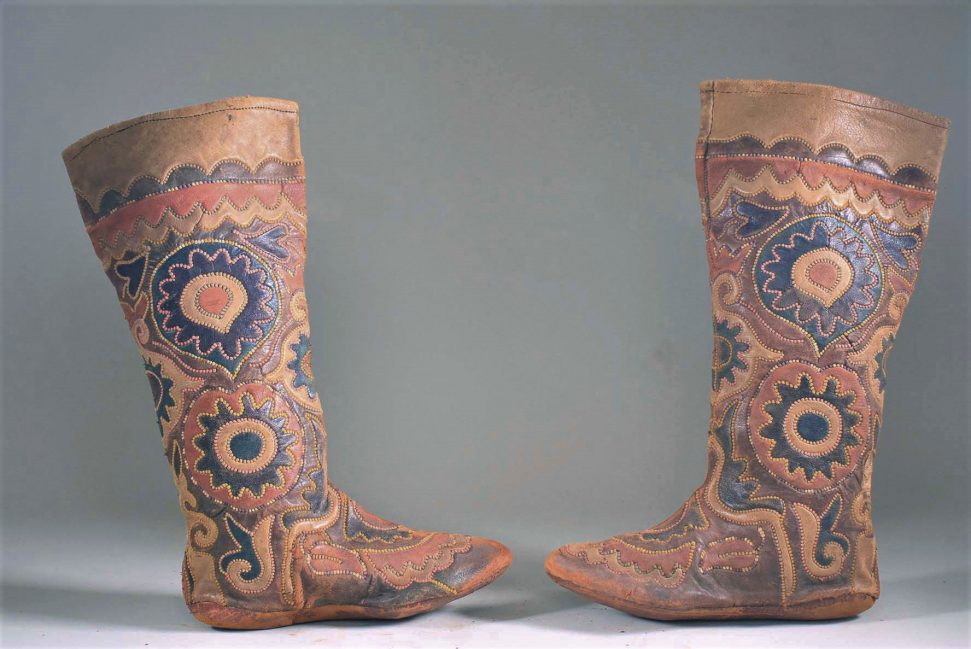 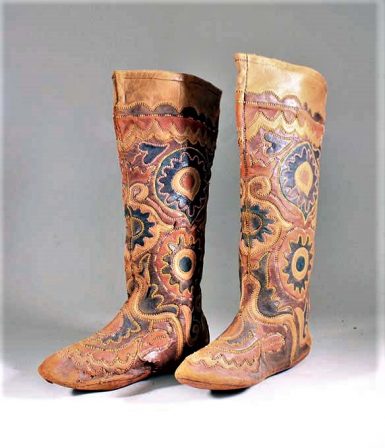