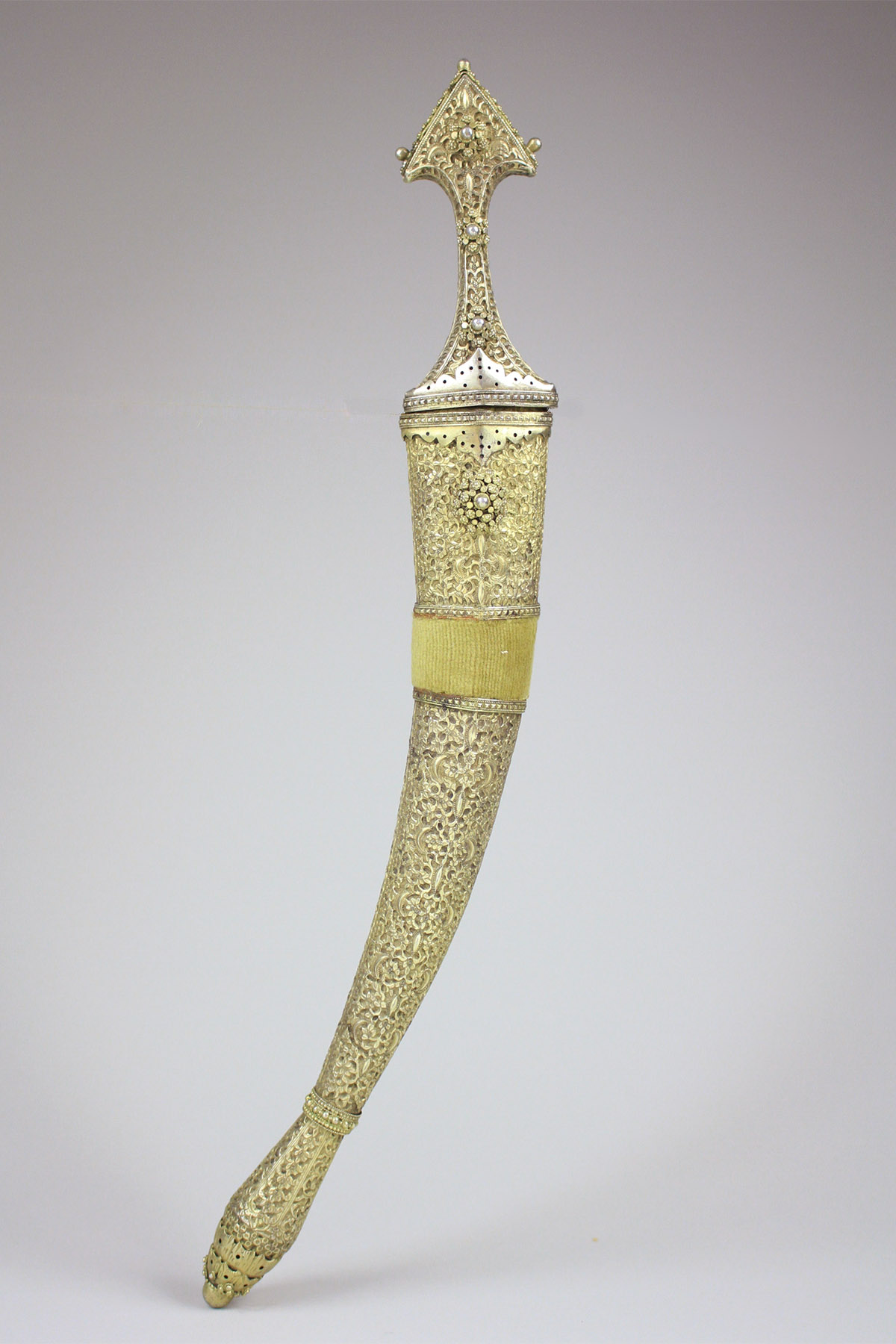 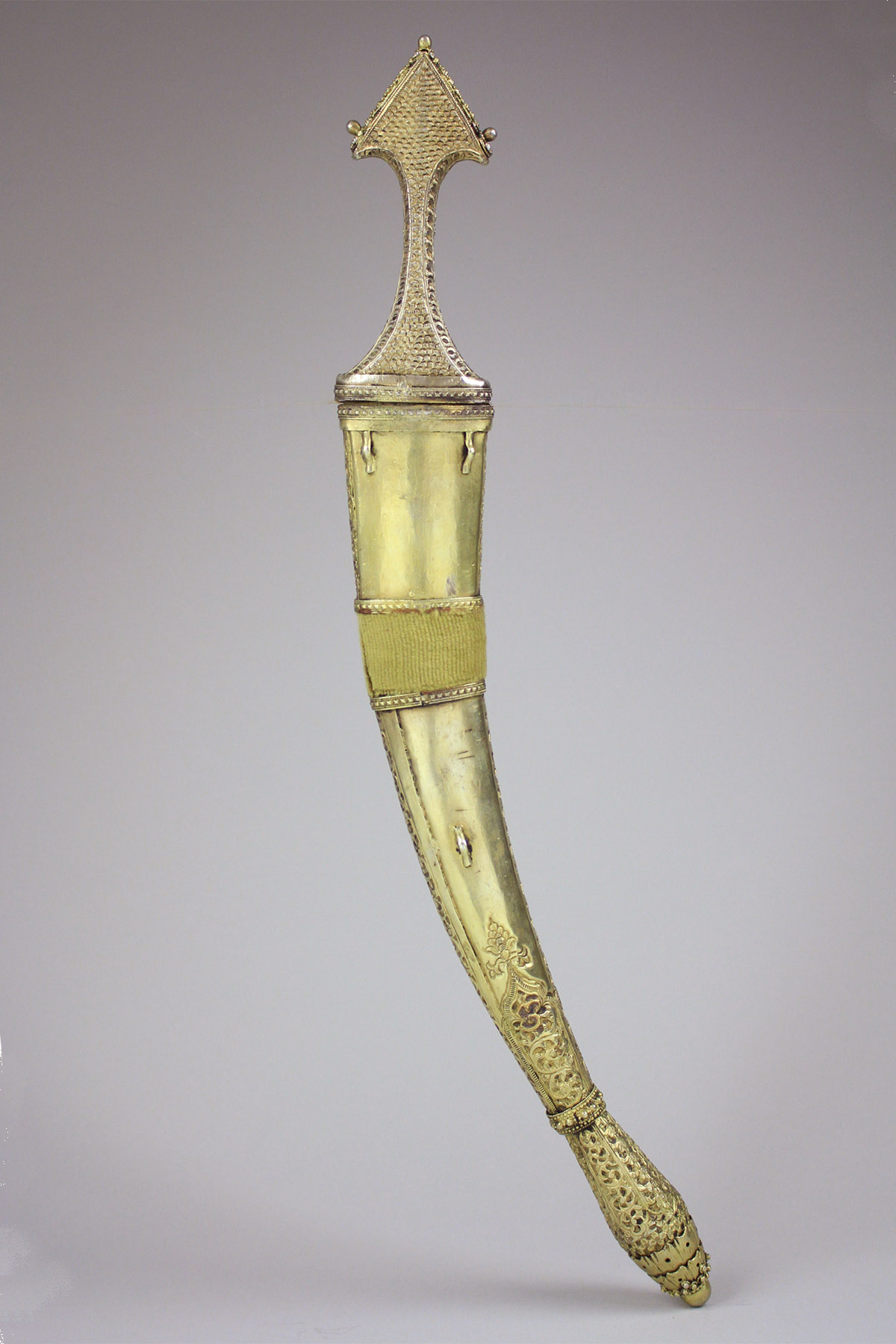 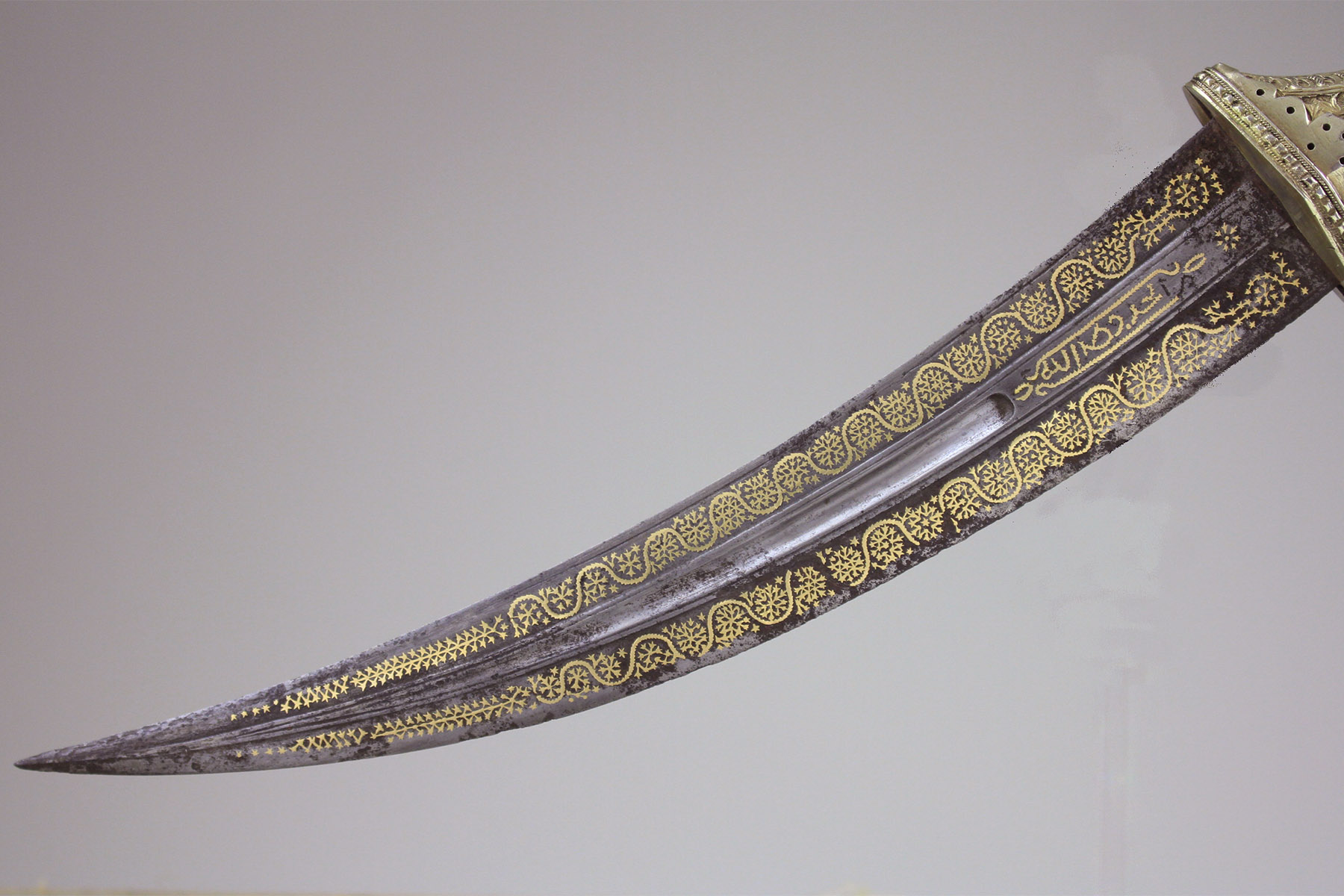 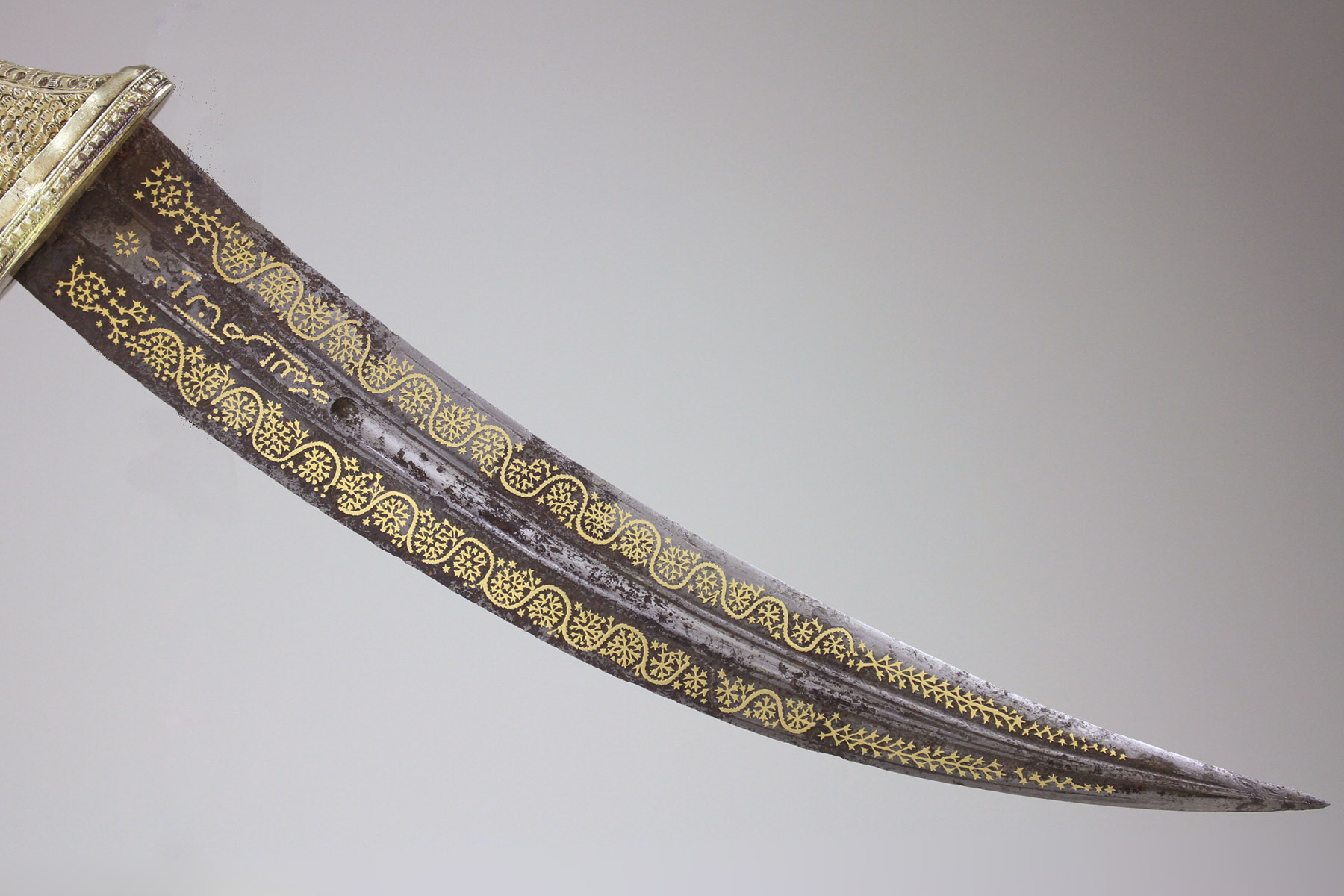 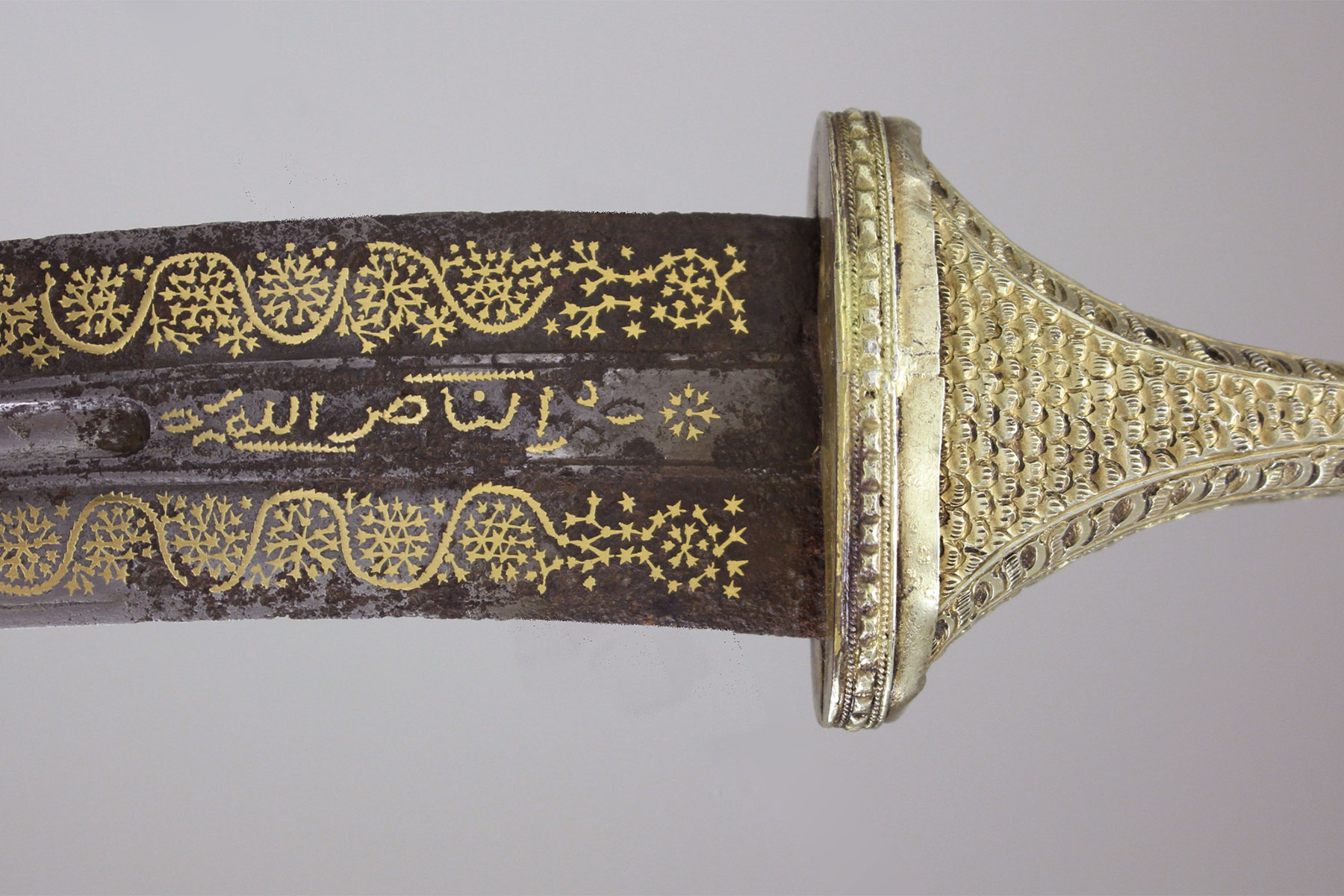 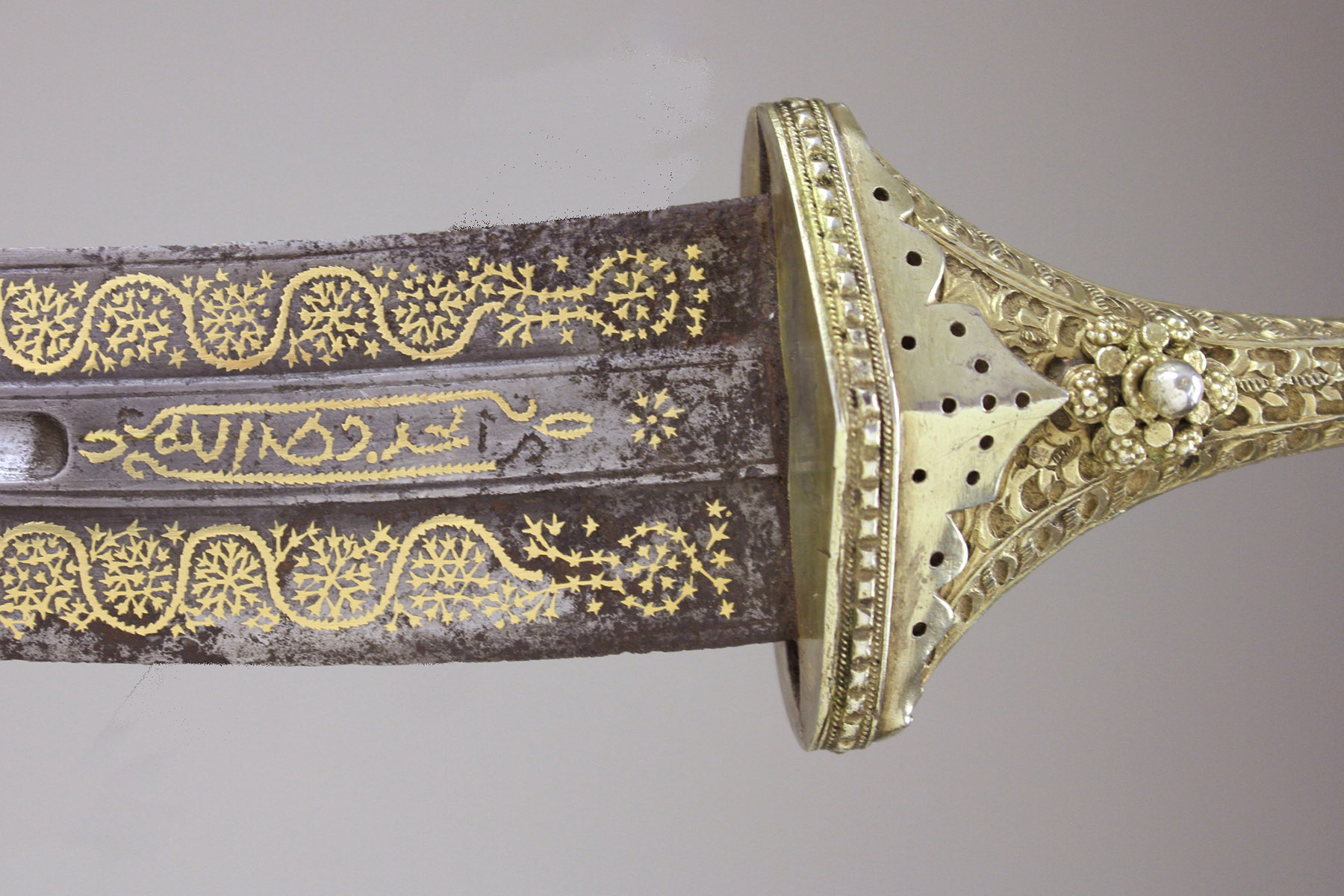 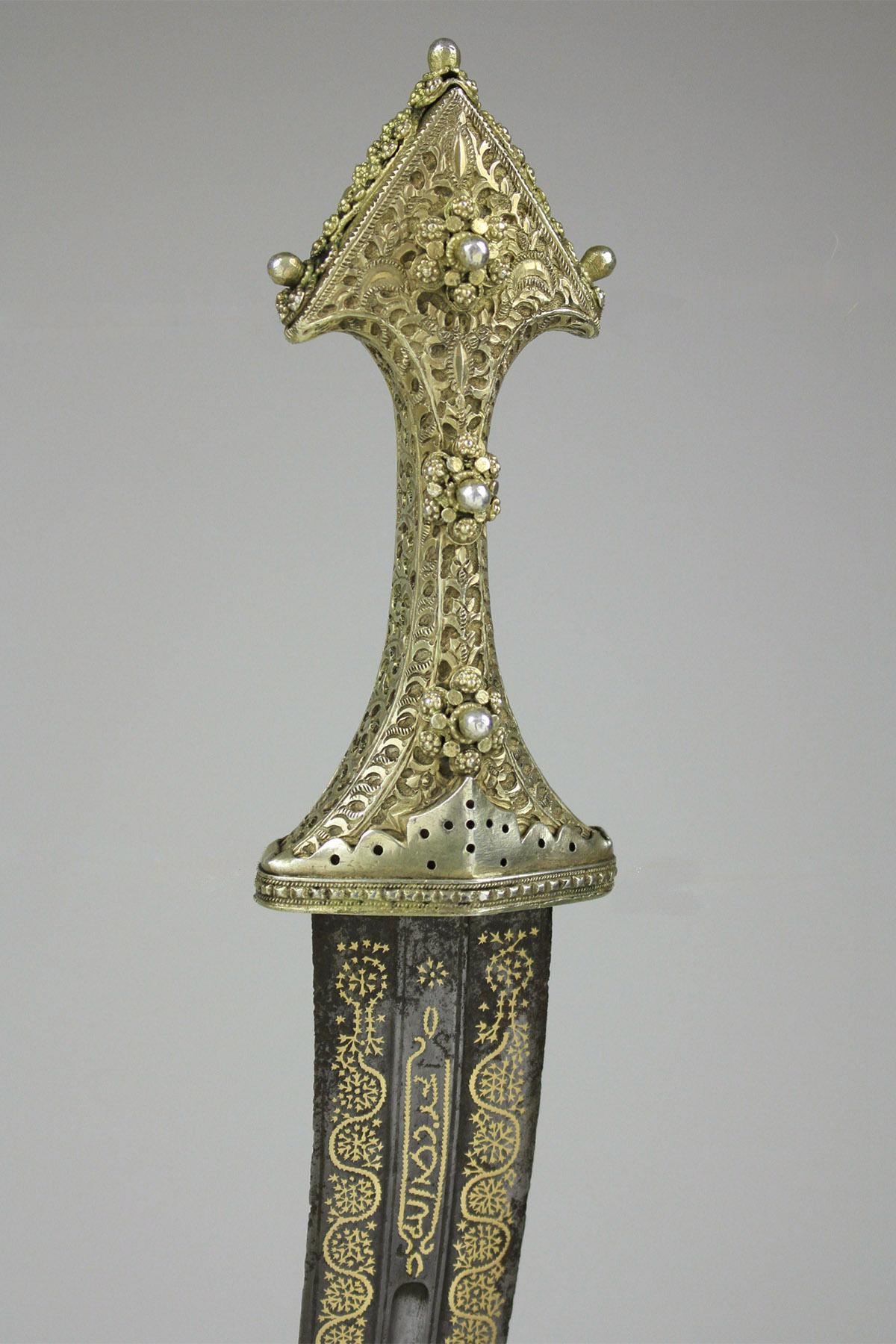 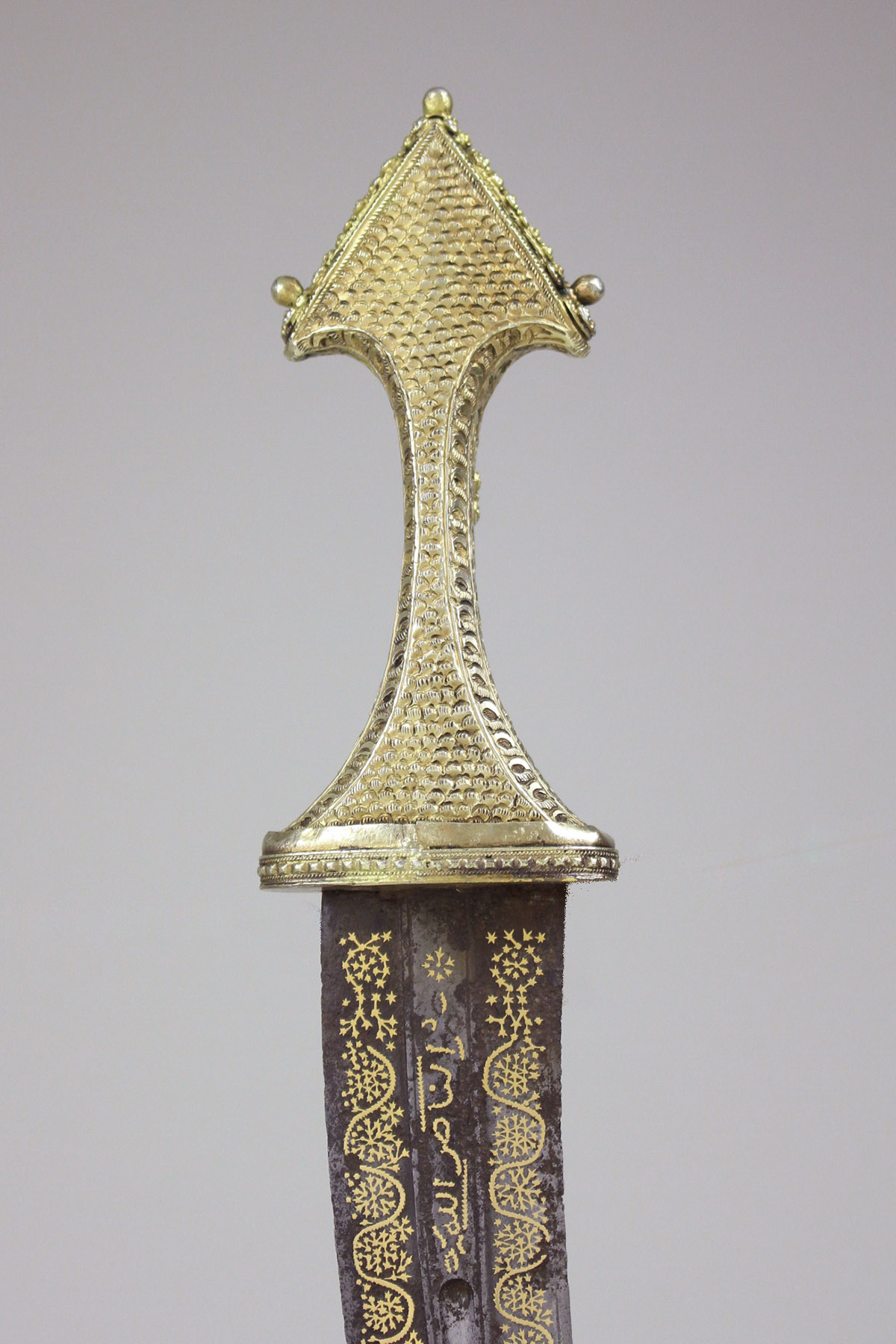 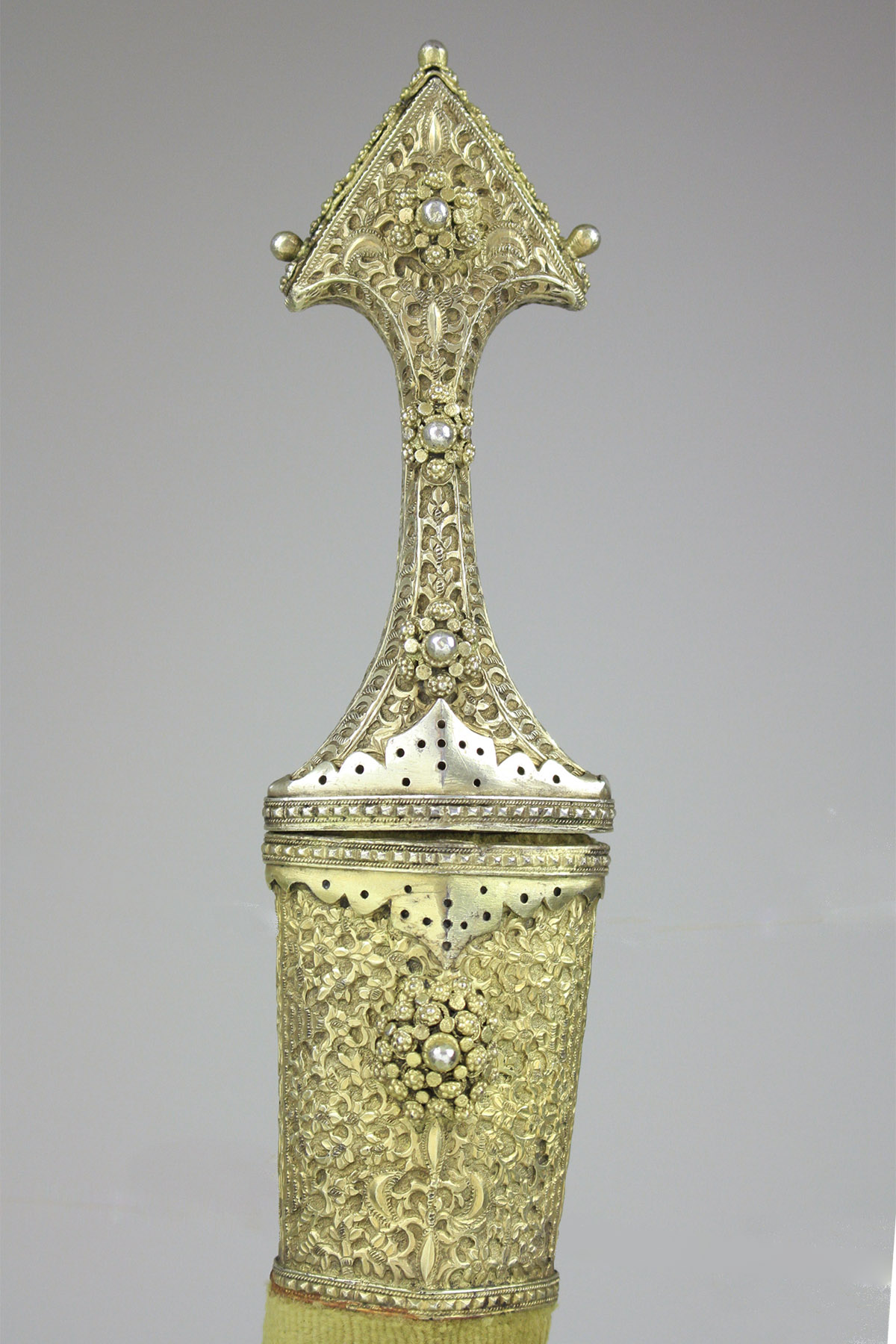 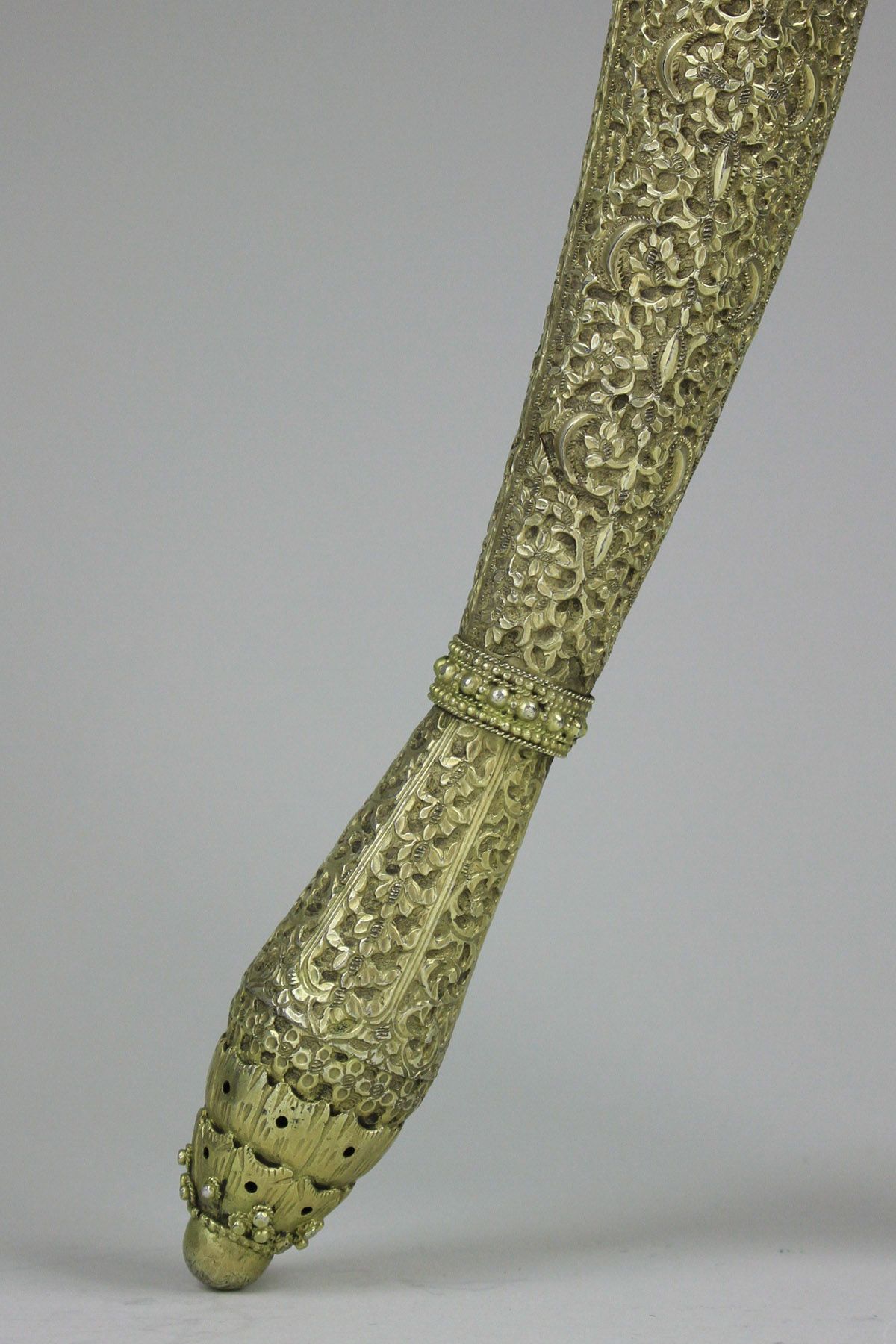 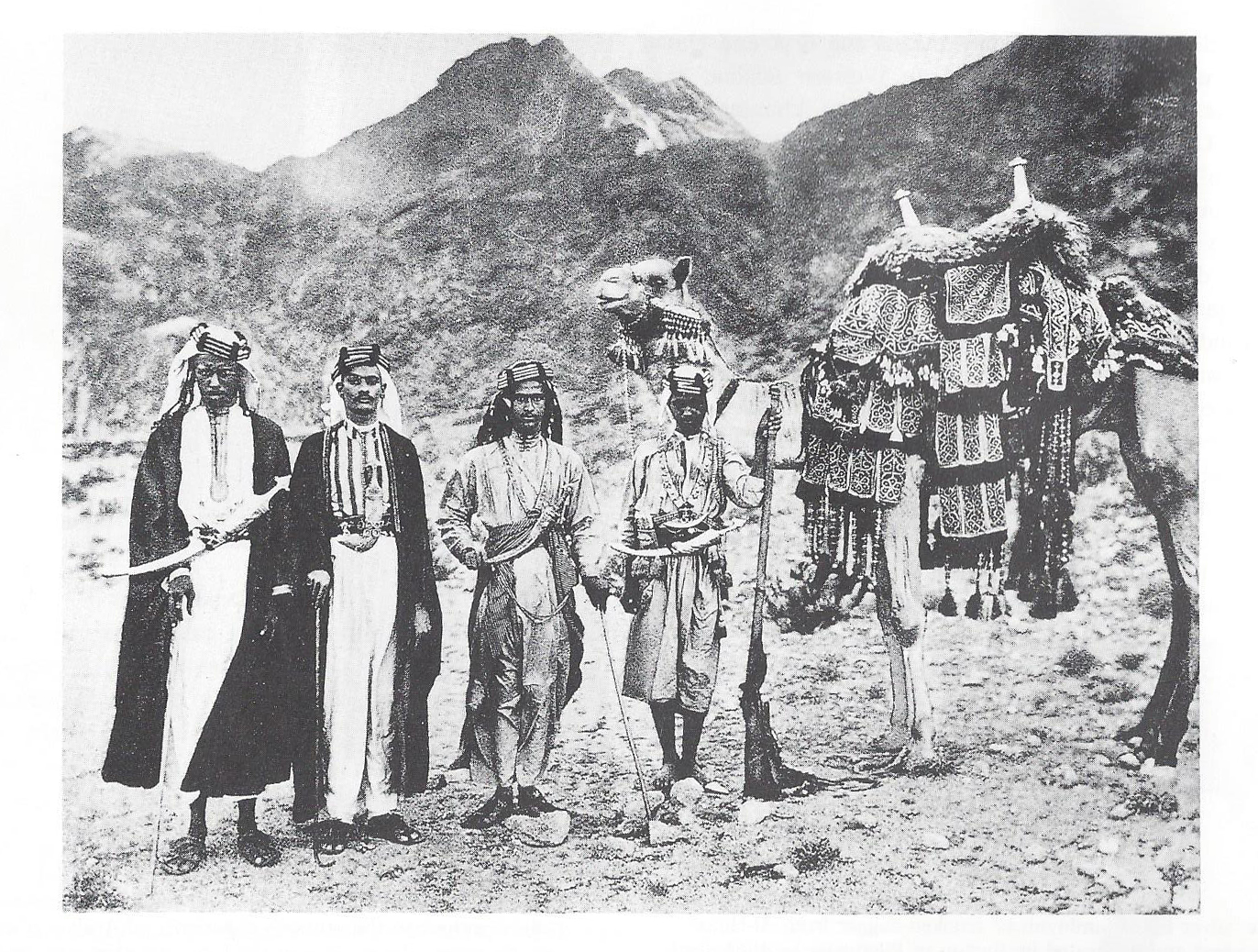 A magnificent jambiya dagger  from  south Saudi Arabia from Hejaz or Asir regions. This type of daggers were worn mounted horizontally or  semi horizontally on the belt and they are mistakenly attributed to Wahhabi  religious movement, but there is no real link to this connection.  These were the common type of long daggers in the Hejaz  and Asir regions in Saudi Arabia located in the west part of the Arabian peninsula along the coast line of the Red Sea. Elgood in his book The Arms and Armor of Arabia mention that there were few types for these daggers.  The better examples of Asir / Hejaz  daggers, according to Elgood, have a curved silver scabbard that has a large bulbous decorative knob at the end.  In the Northern parts of the Hejaz these daggers also known under the name Daharia. Shown below is a photo taken around the 1900s,  of Sharif  Yahya the grandson of  the Emir and Grand Sherif of Mecca Abd Al Muttalib  a very simillar dagger can be seen being worn by one of the lesser sherifs accompanying him.

The example exhibited hear has a very good blade with a central fuller,  of a quality  much better than the blades that produced locally in the Arabian peninsula. It is most probably specially ordered  from Turkey.  It is very richly inlaid with true inlay gold floral design decoration on both sides  and with inscriptions bearing the titles  El Hafid Allah (God the protector) and El Nasir Allah (God the savior) both are from the 99 titles of Allah .  Handle and scabbard are heavily gilded silver,  chased on the front side and engraved with typical fish scale design on the back side of the handle. Very good condition, save few blackened spots on the blade. Blade length 10 inches, Total 19.

This is an exceptional example, we never came across a simillar example in quality, it must have been a speciall order  for royality / person of rank. 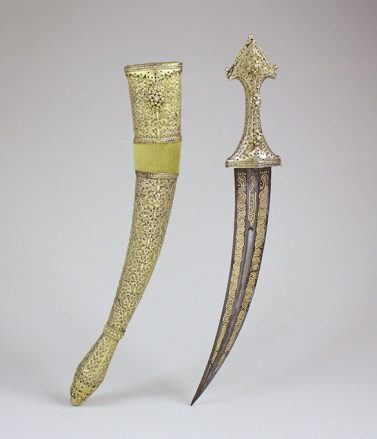 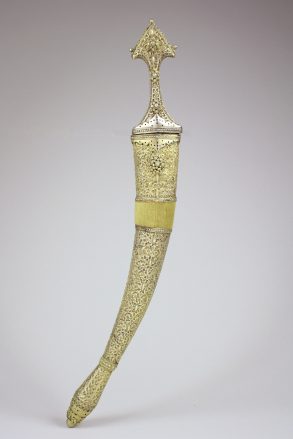 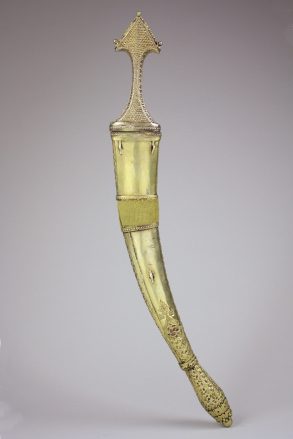 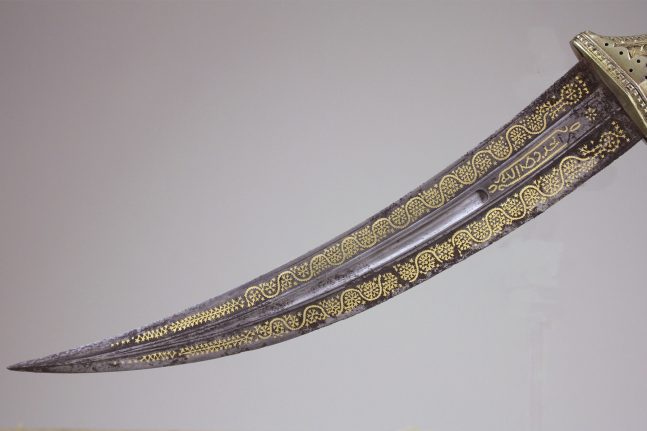 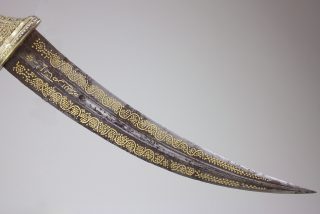 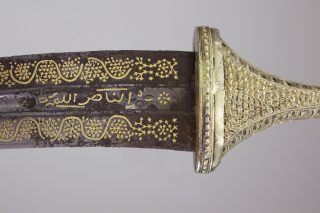 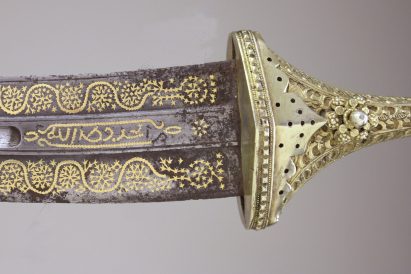 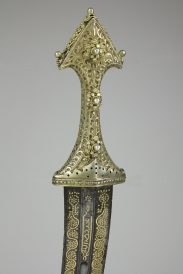 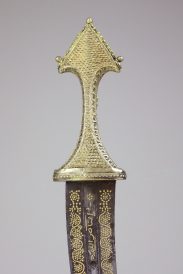 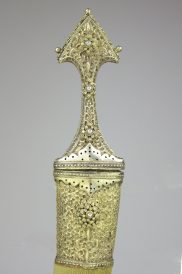 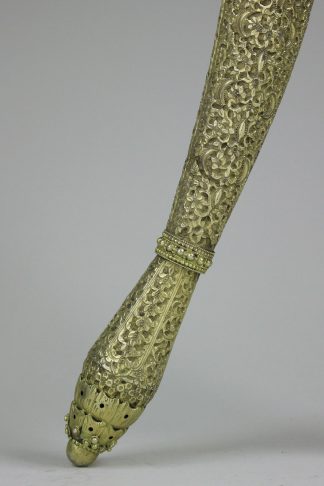 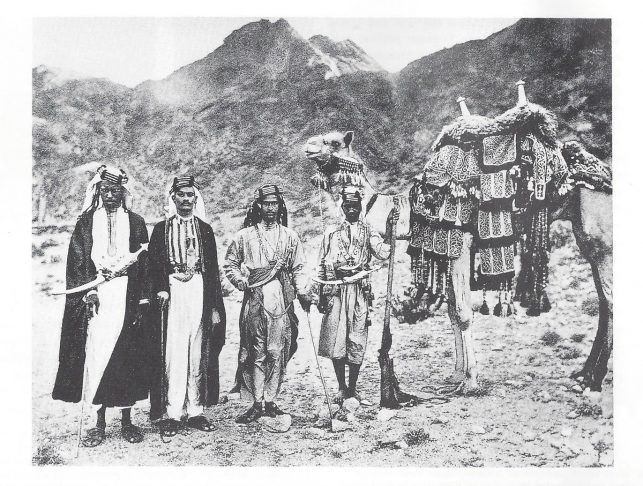 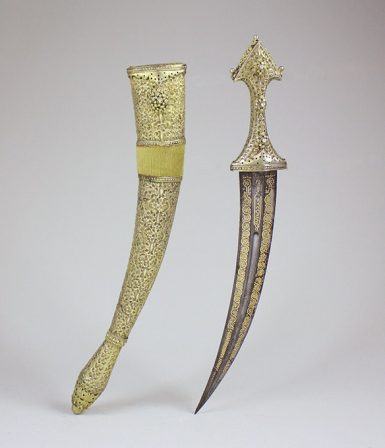