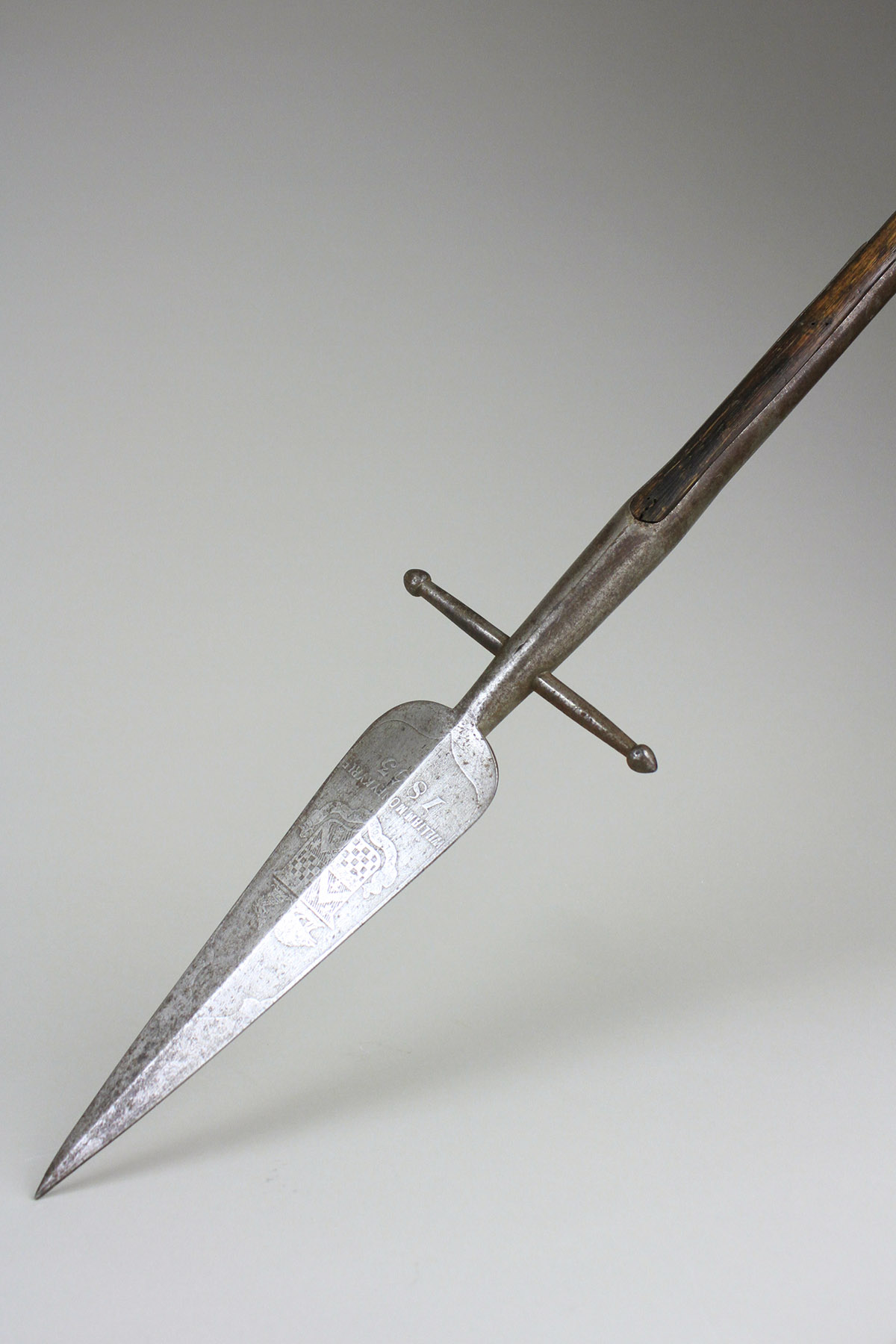 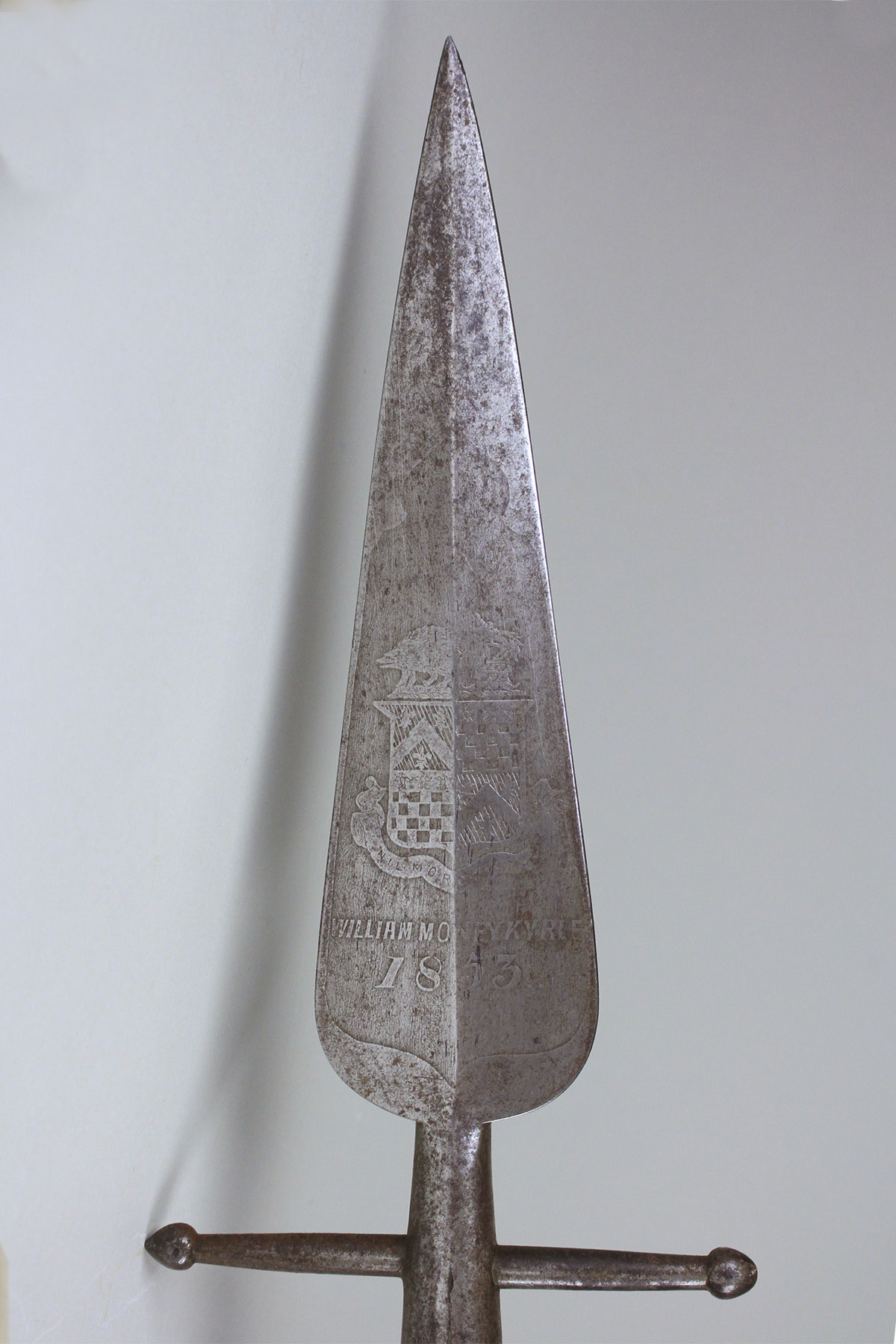 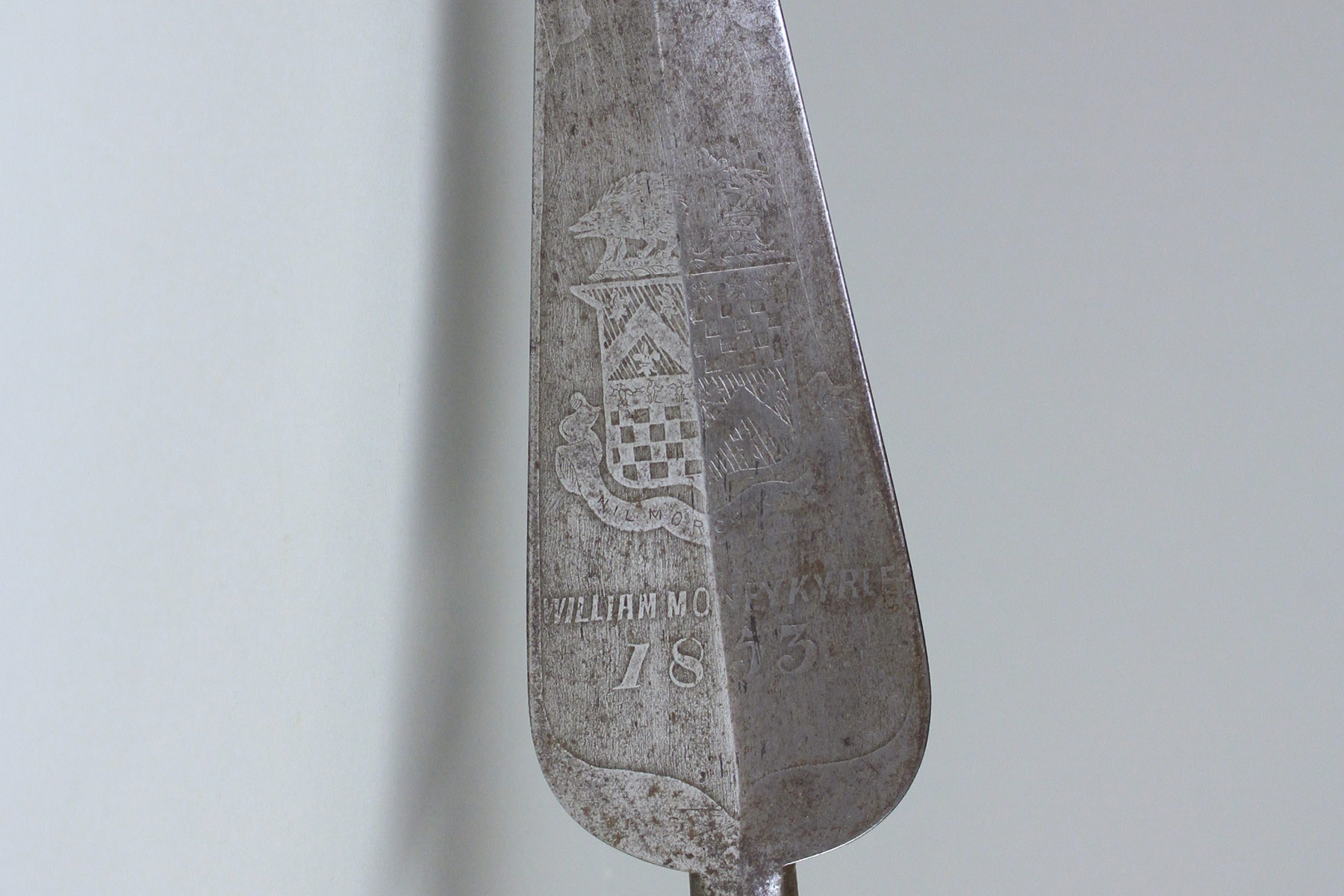 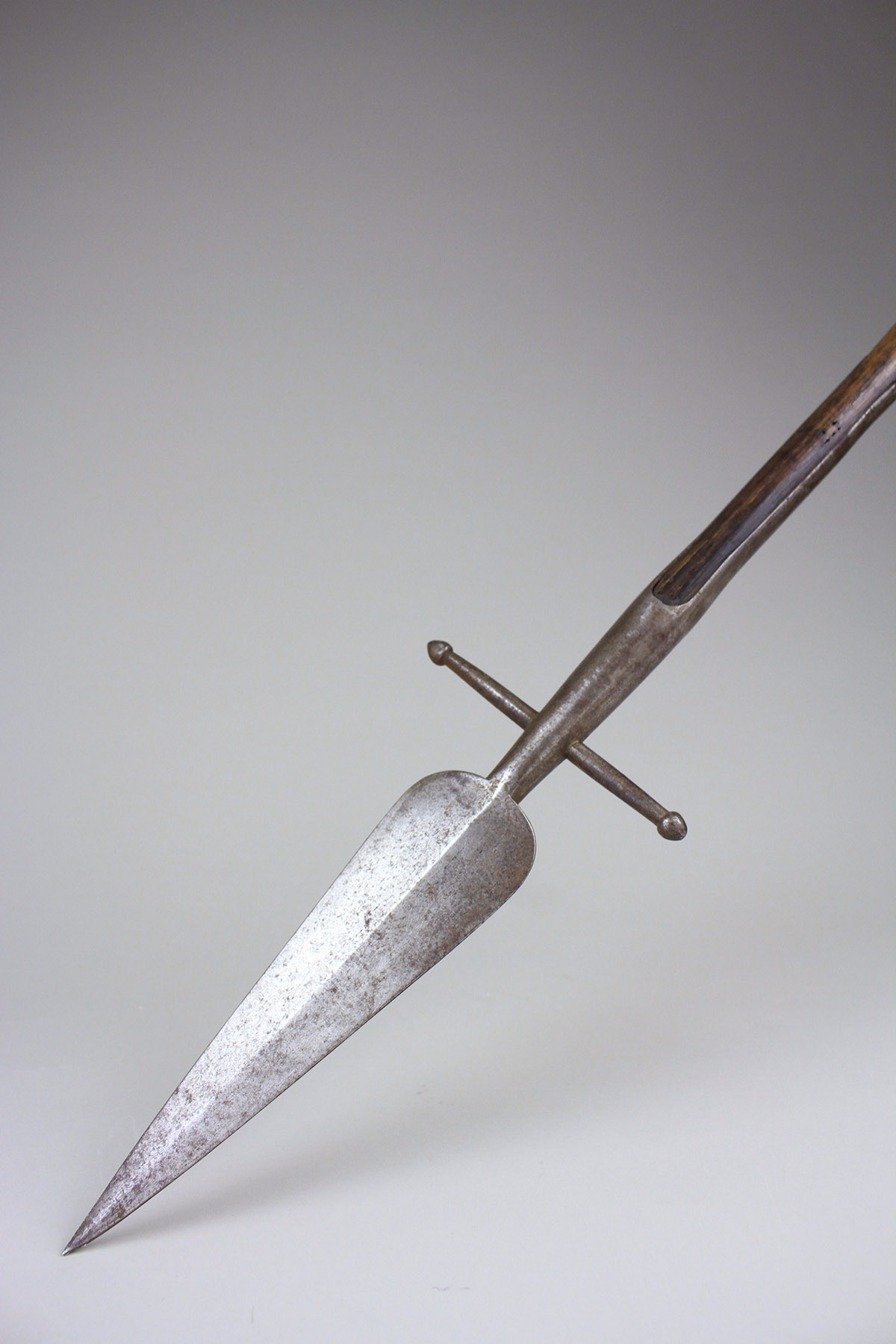 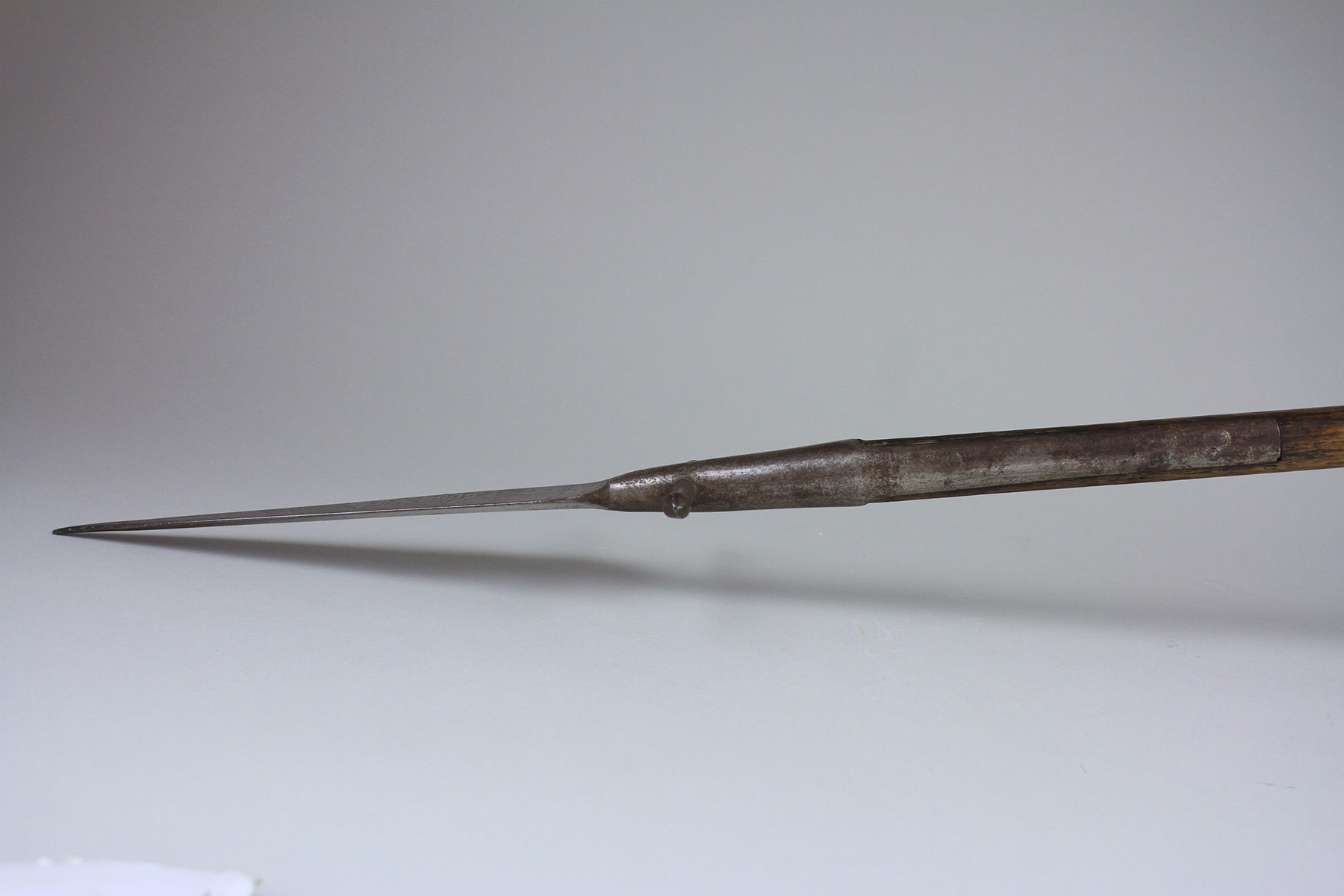 The boar spear is an old hunting weapon and known from as early as the 15-16 C. It is used for boar hunting. Short heavy leaf shaped blade with two side extensions on the spear socket to act as a barrier to prevent an injured and furious boar from attacking the hunter.

The spear boar offered here is of English origin, 19 C. The leaf shaped blade is steel, etched with the name of the owner William Money-Kyrle, the date 1853 and the family crest. Plain original wood shaft.

The Money – Kyrle family is an old English family from Wiltshire, known from as early as the mid 17 C. William Money-Kyrle, (1808-1868) served as the high Sheriff of Herefordshire in 1853. He travelled extensively in Europe and in the Holy Land in the mid-1840s. The spear shown here was probably granted to him while his service as a sheriff of Herefordshire.

Important note: because of the length, this spear can be delivered with courier services only. The shipping cost with courier will be added to the cost 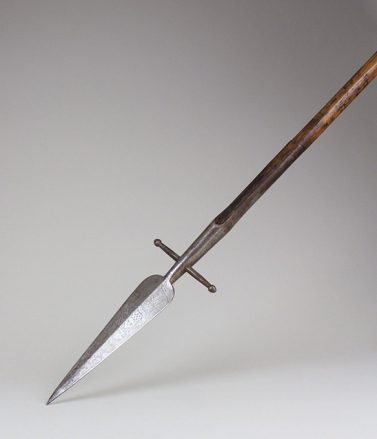 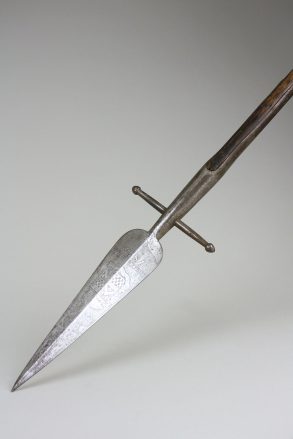 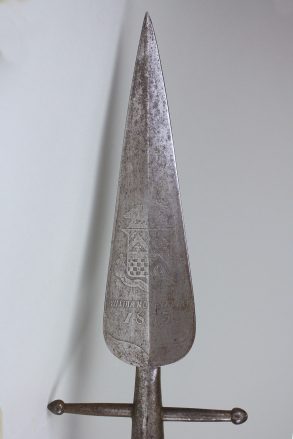 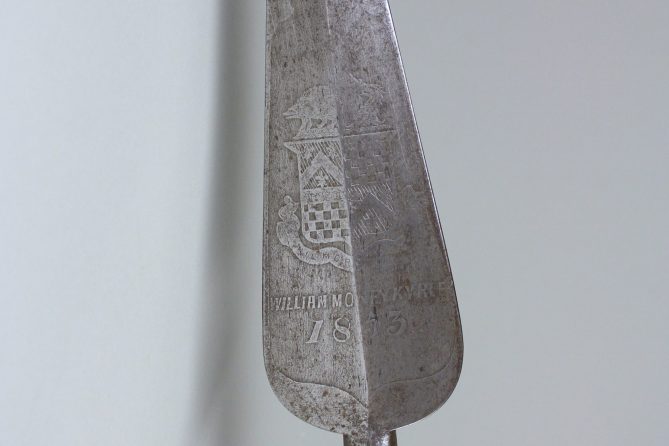 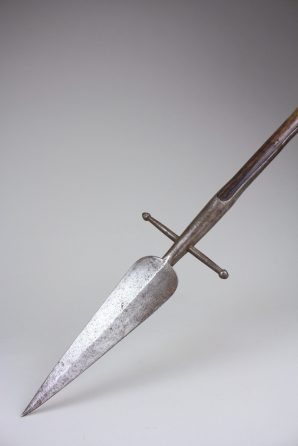 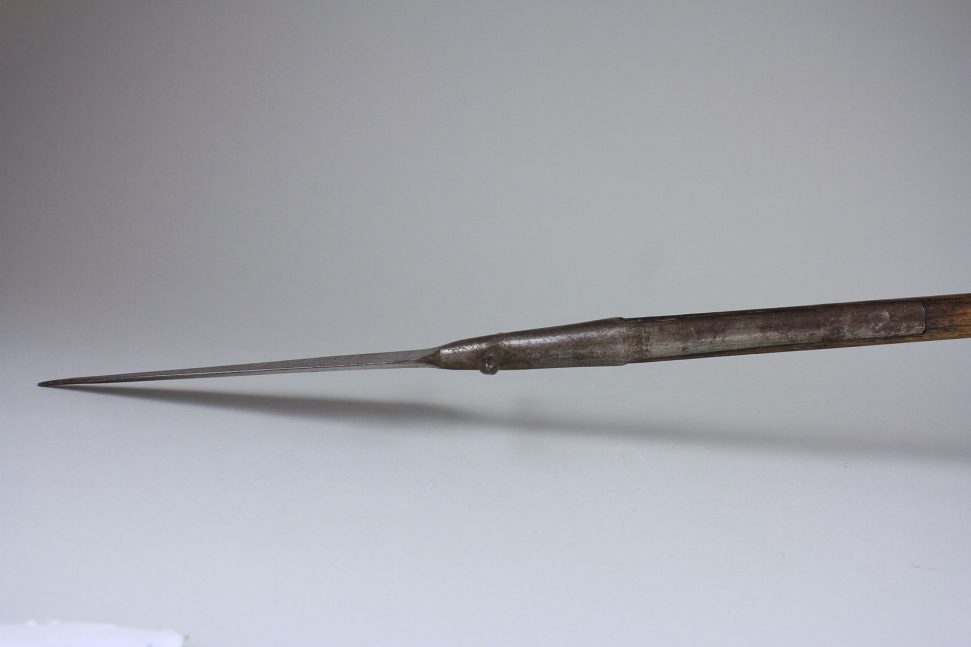 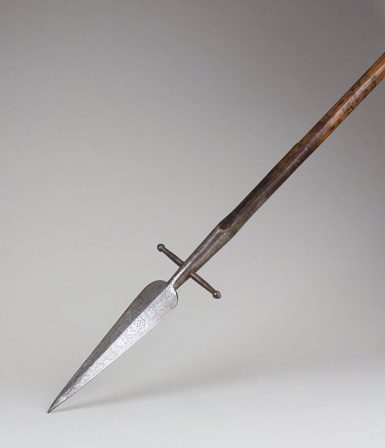