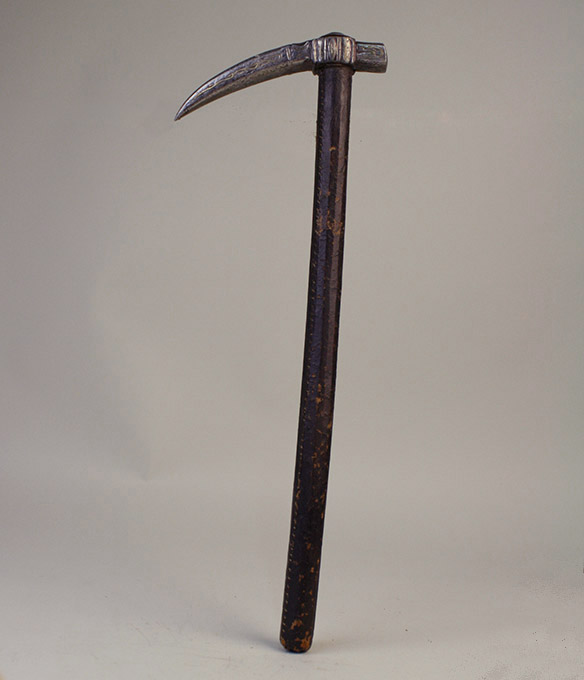 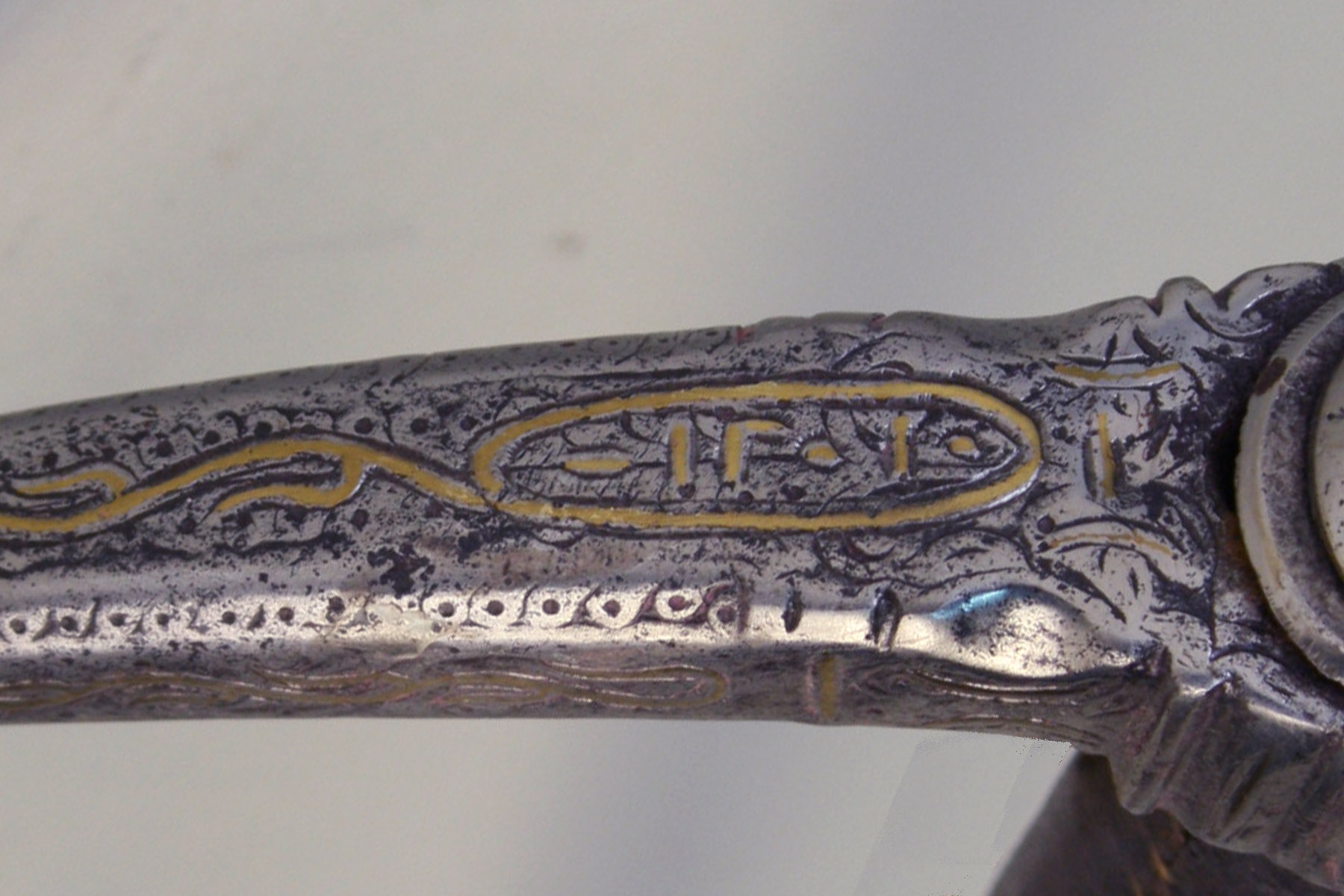 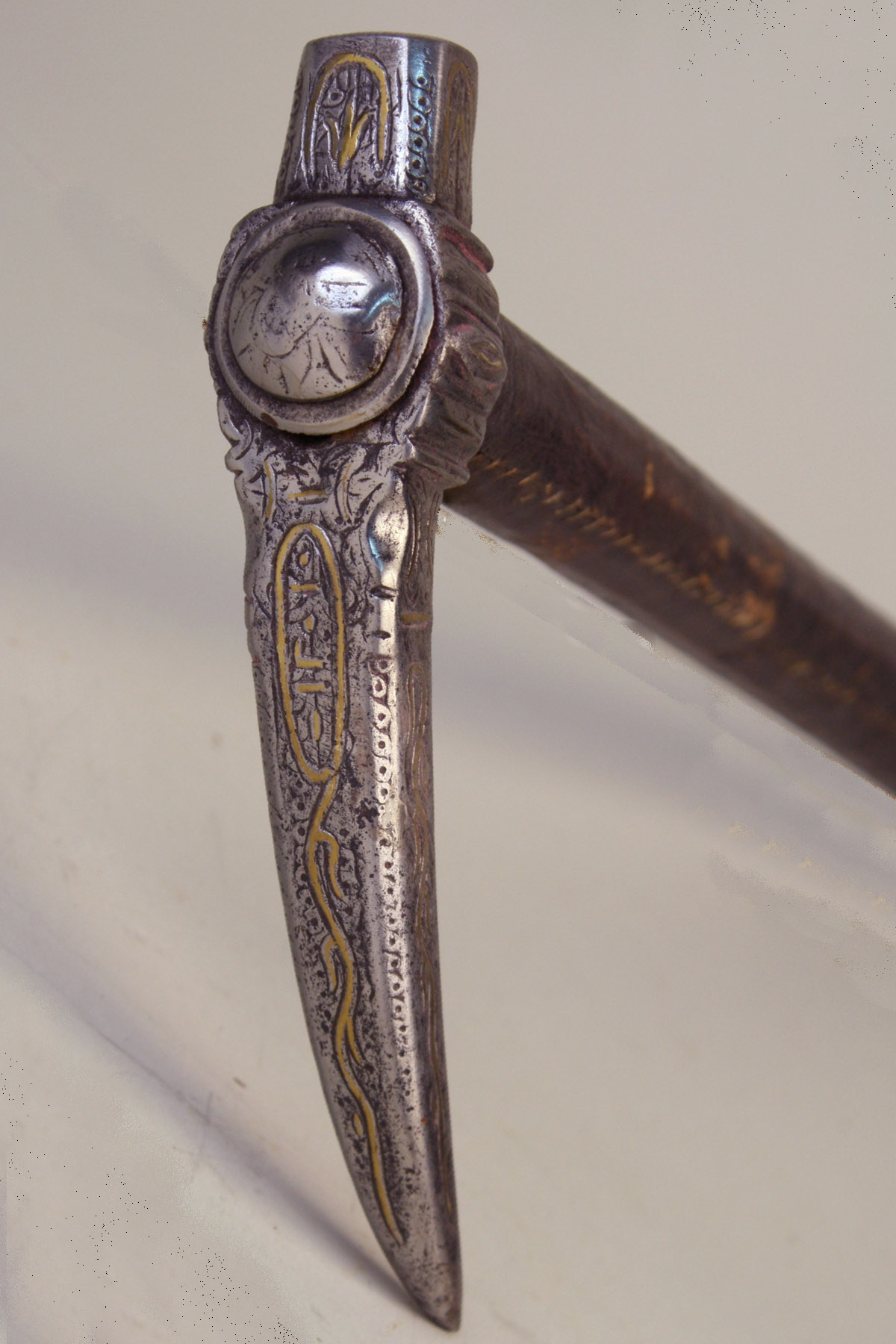 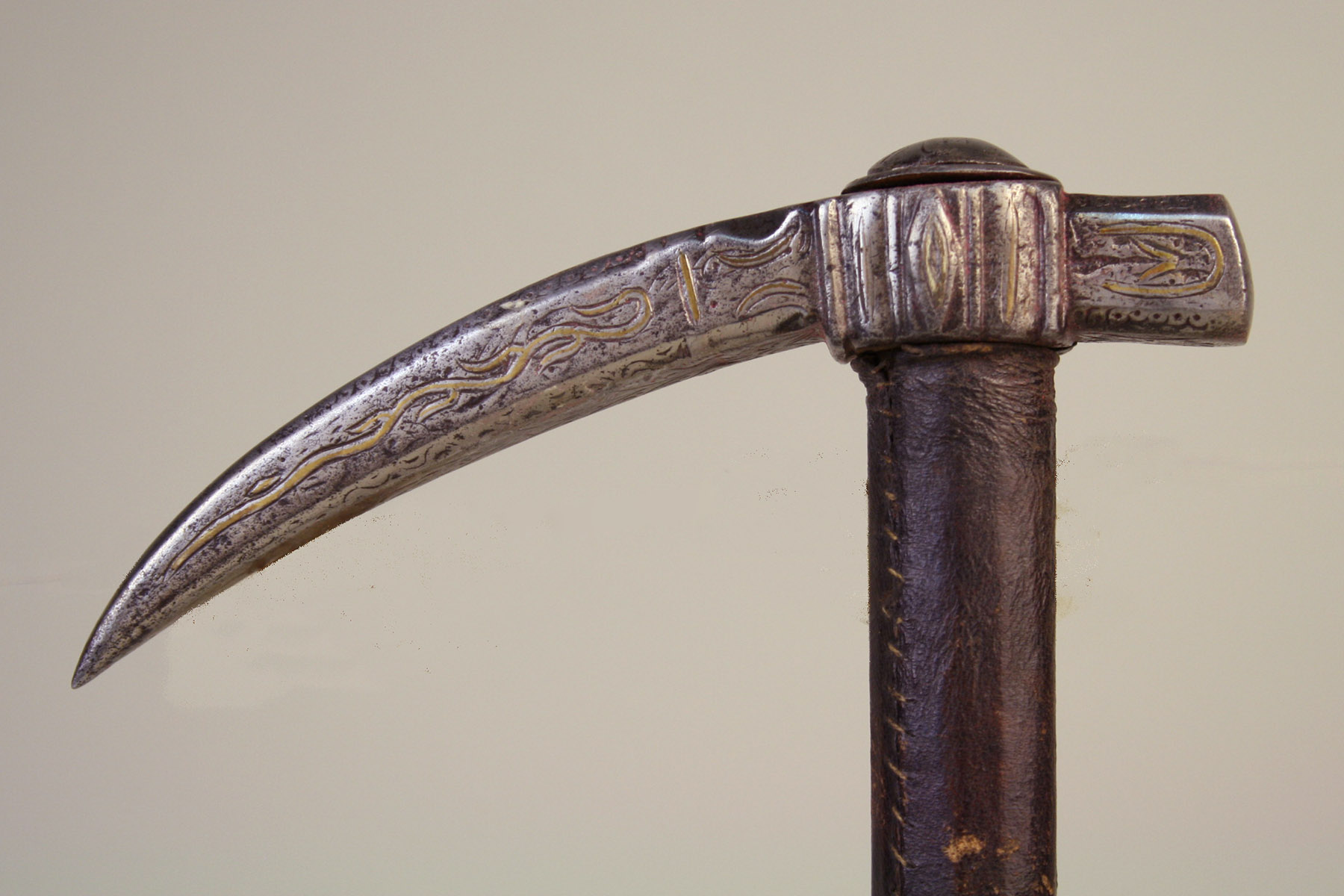 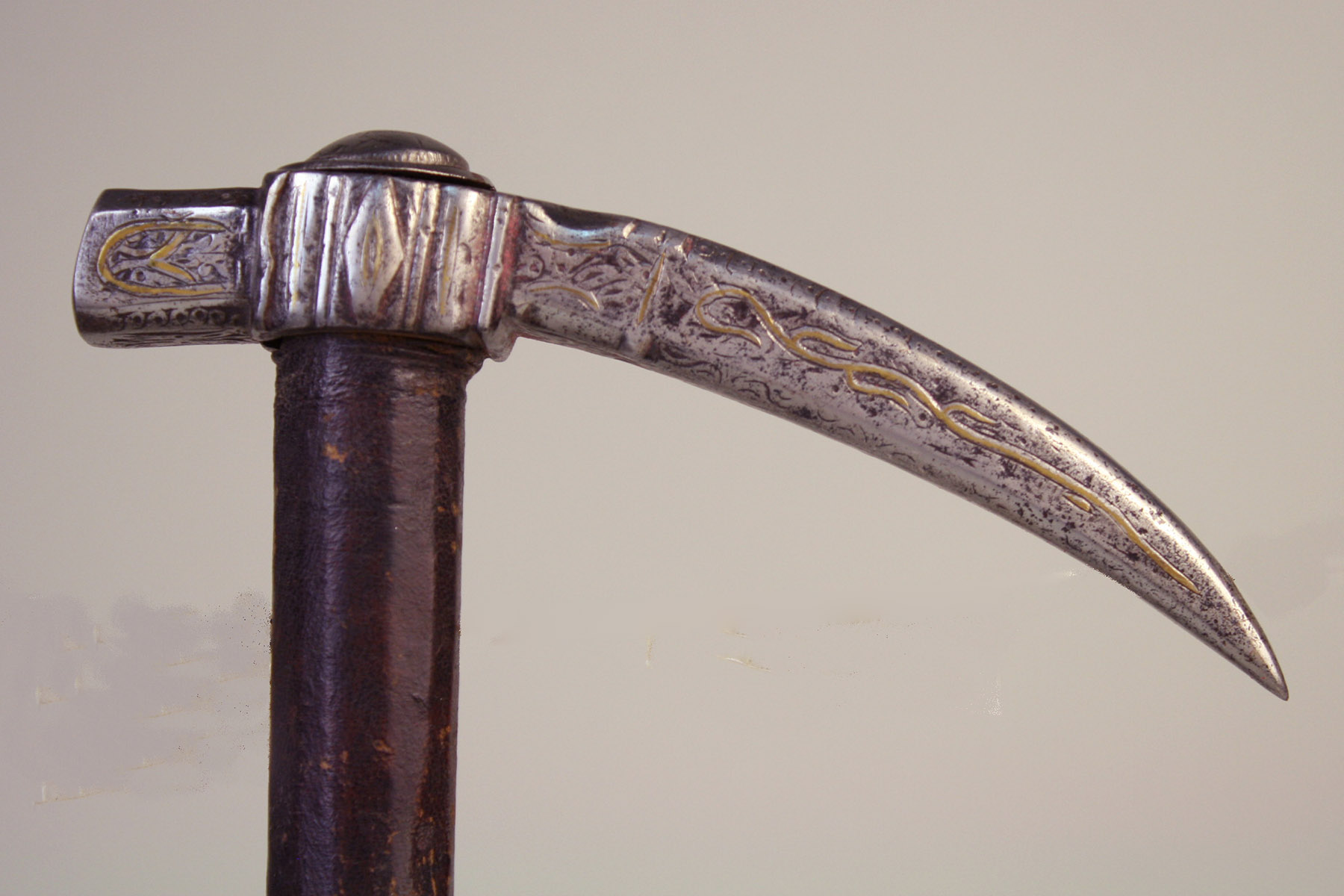 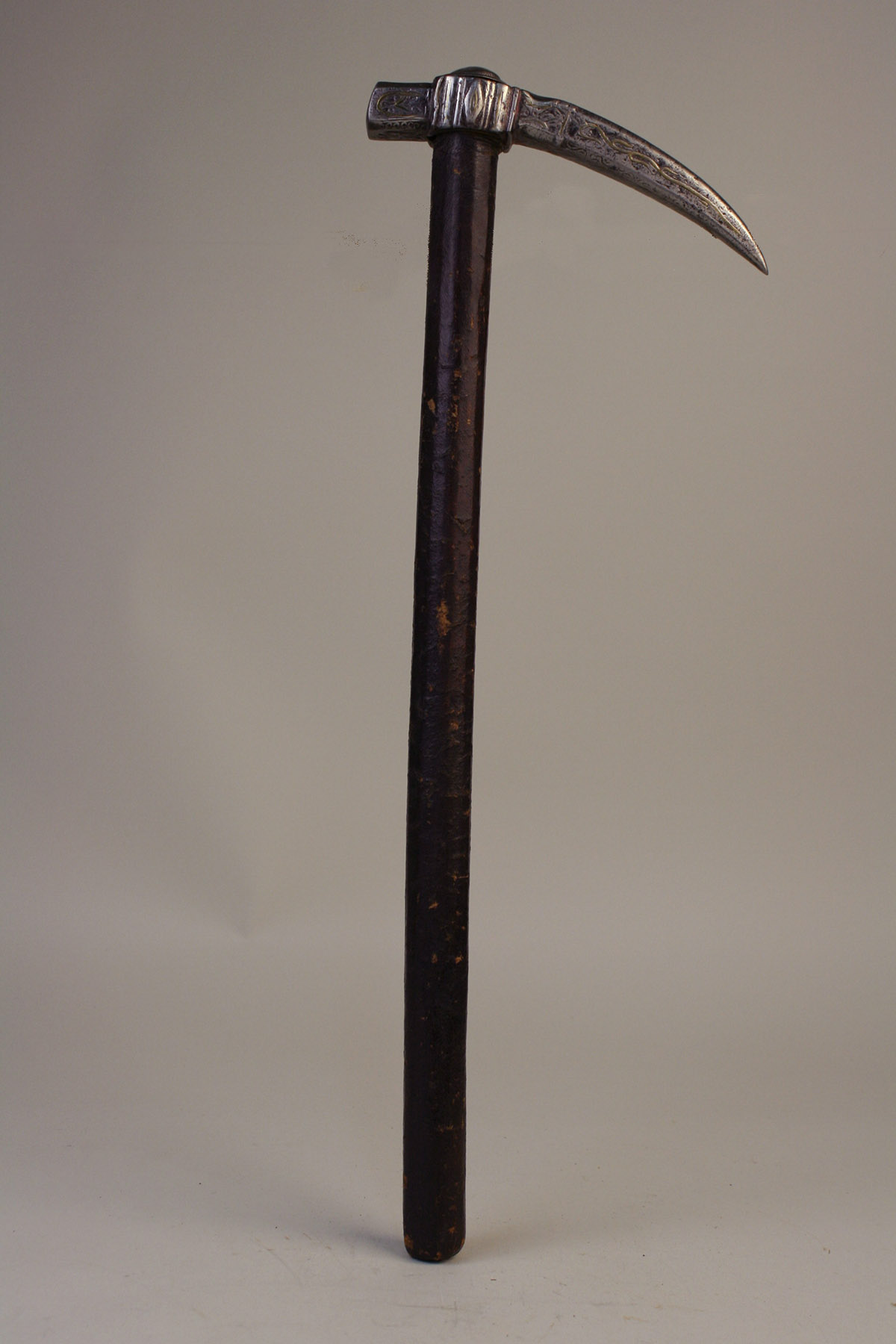 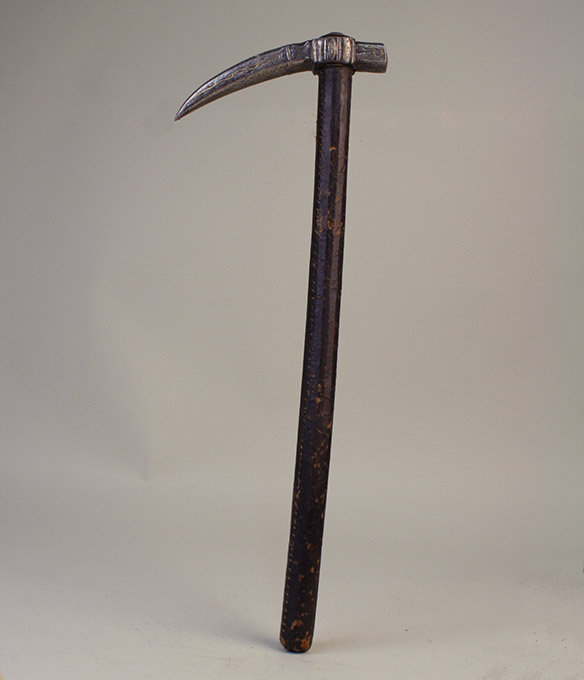 War hammers for close combat were developed in the late medieval period in Europe in the late 14 C., as a weapon to cope with the expanded use of plate armor. The plate armor, especially those made of good hard steel could stand the blow of a sword, and the hammer was used to damage the armor or the helmet and wound the opponent warrior. Later in the 16 or the 17C. a spike was added to the war hammer, used to penetrate the armor. The use of war hammer was expanded to the Ottoman empire and later on to the Persian and Indian arsenals.

The war hammer shown here is Ottoman, dated to 1201 (1786 in the Gregorian calendar). It is rather a light hammer with a 7 inches blade (5 inches spike). Whole steel blade with brass inlay decoration and date. Wood haft with (later) leather cover. Length 19 1/2 inches. 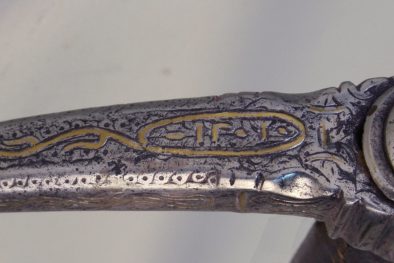 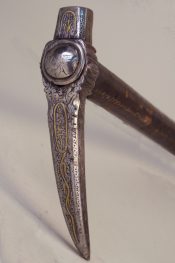 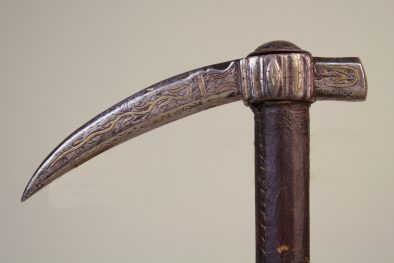 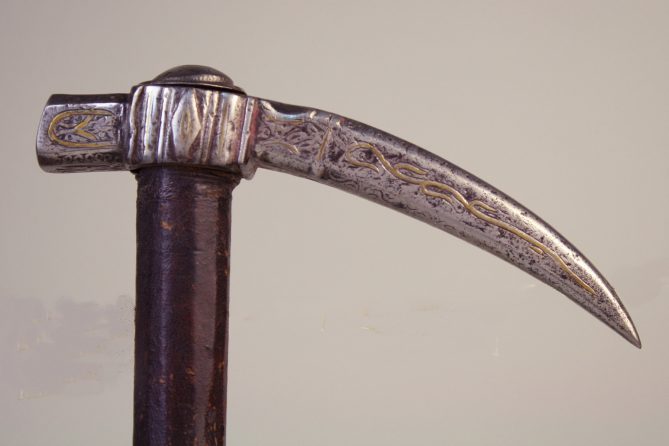 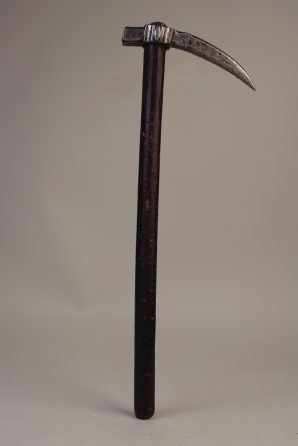 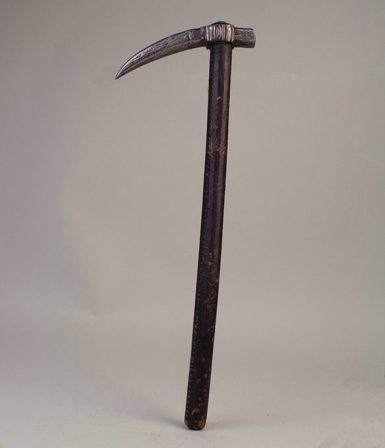