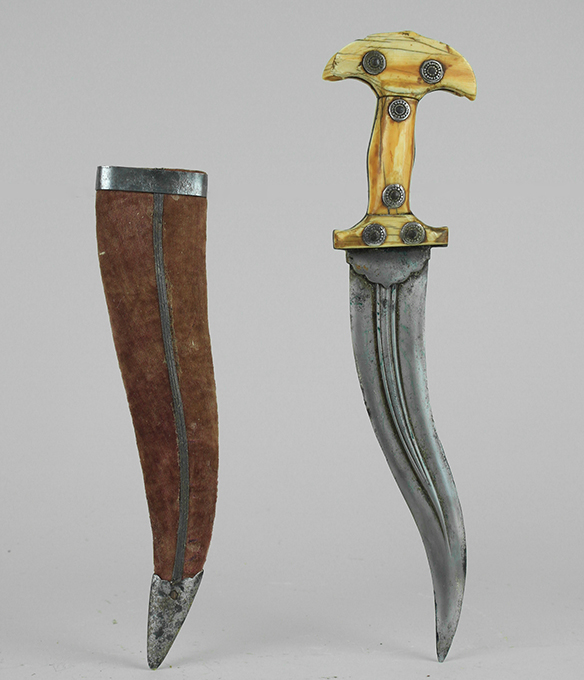 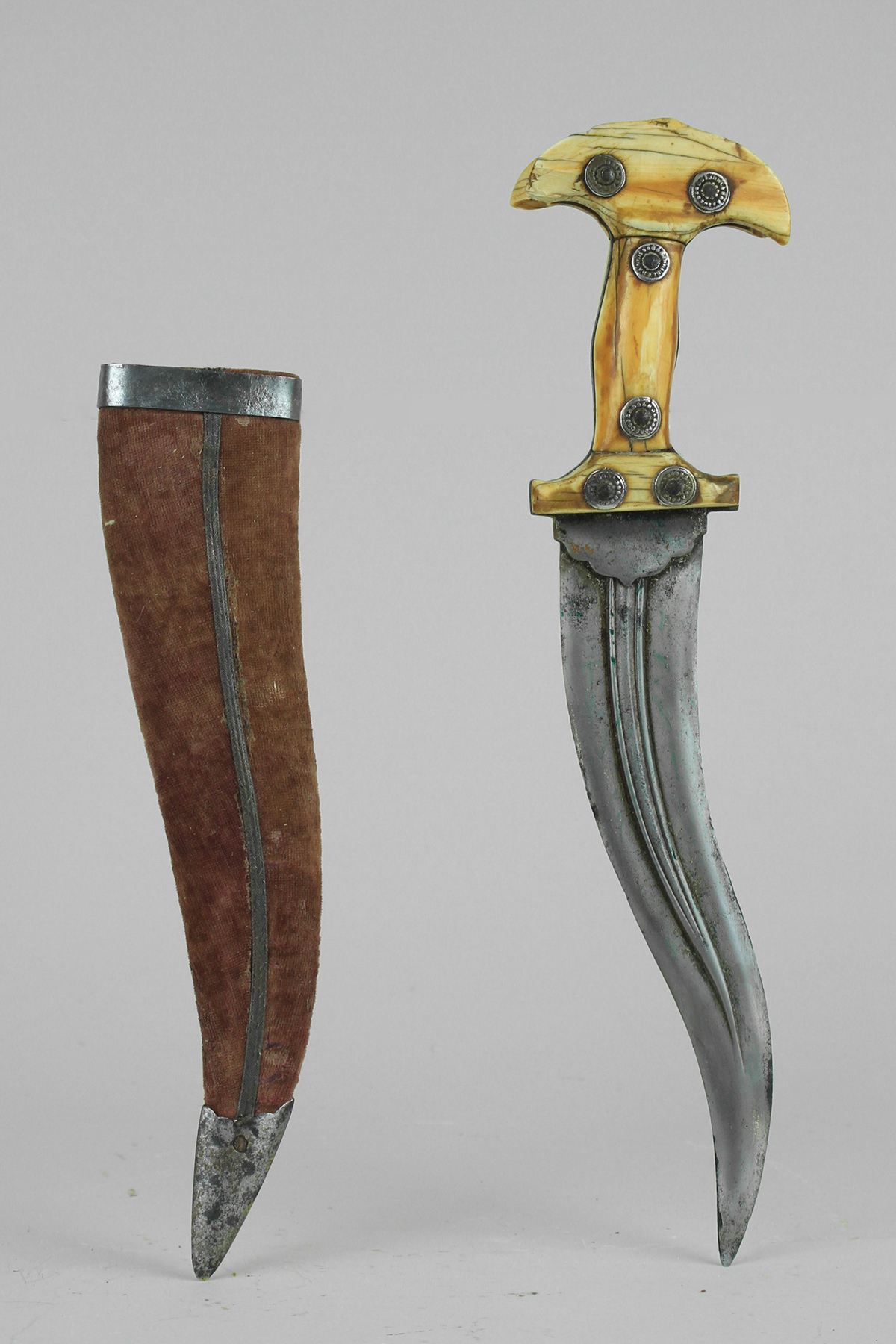 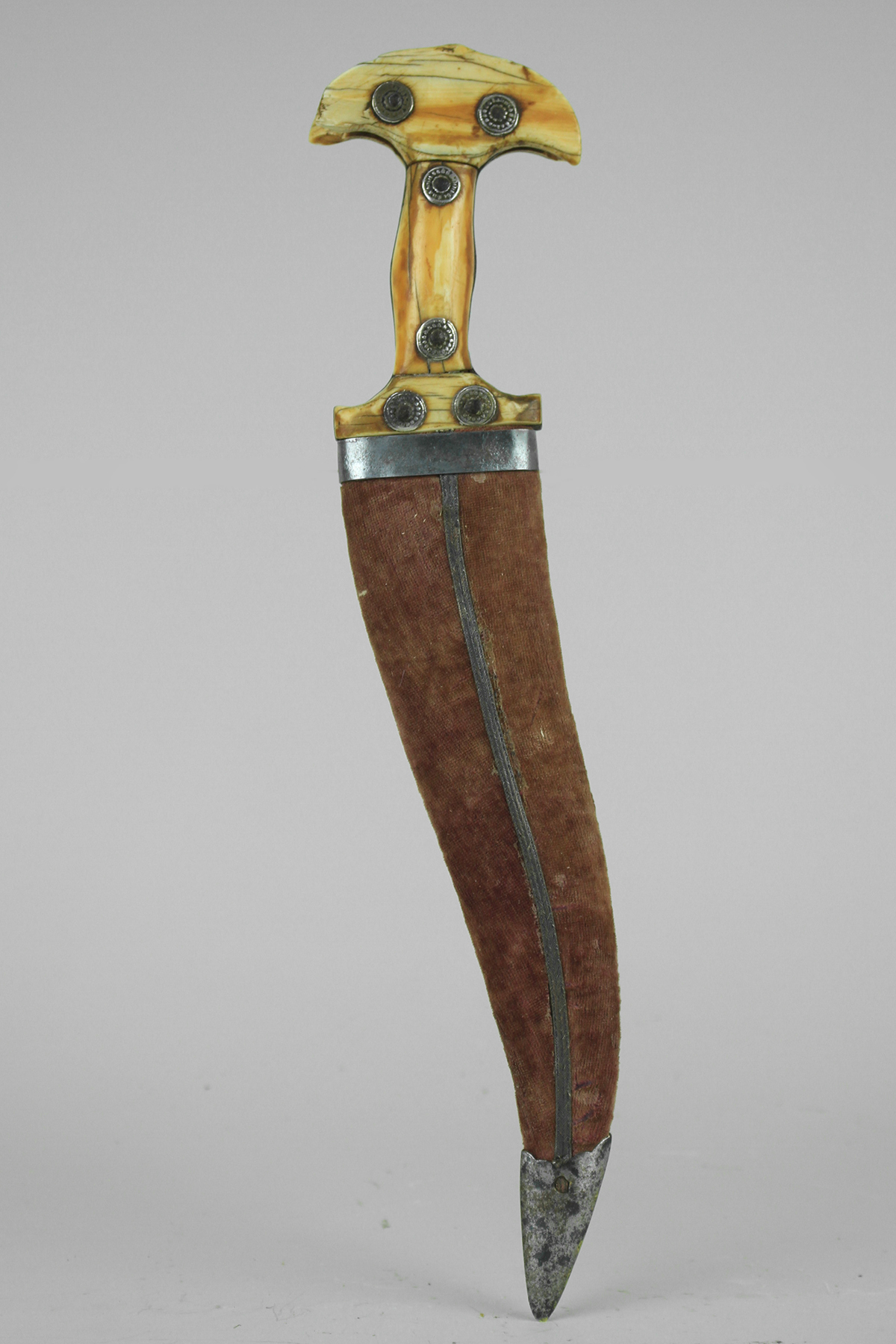 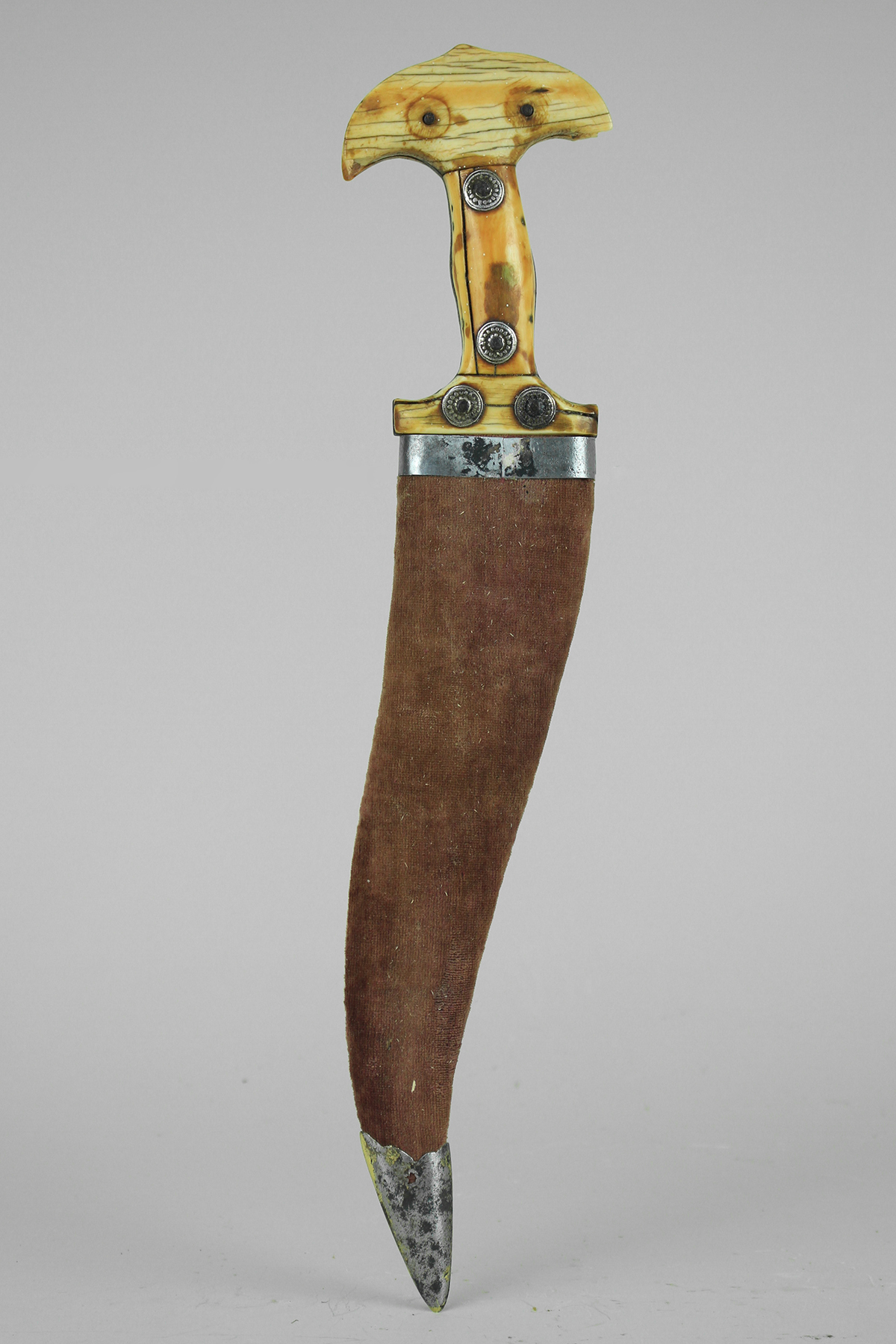 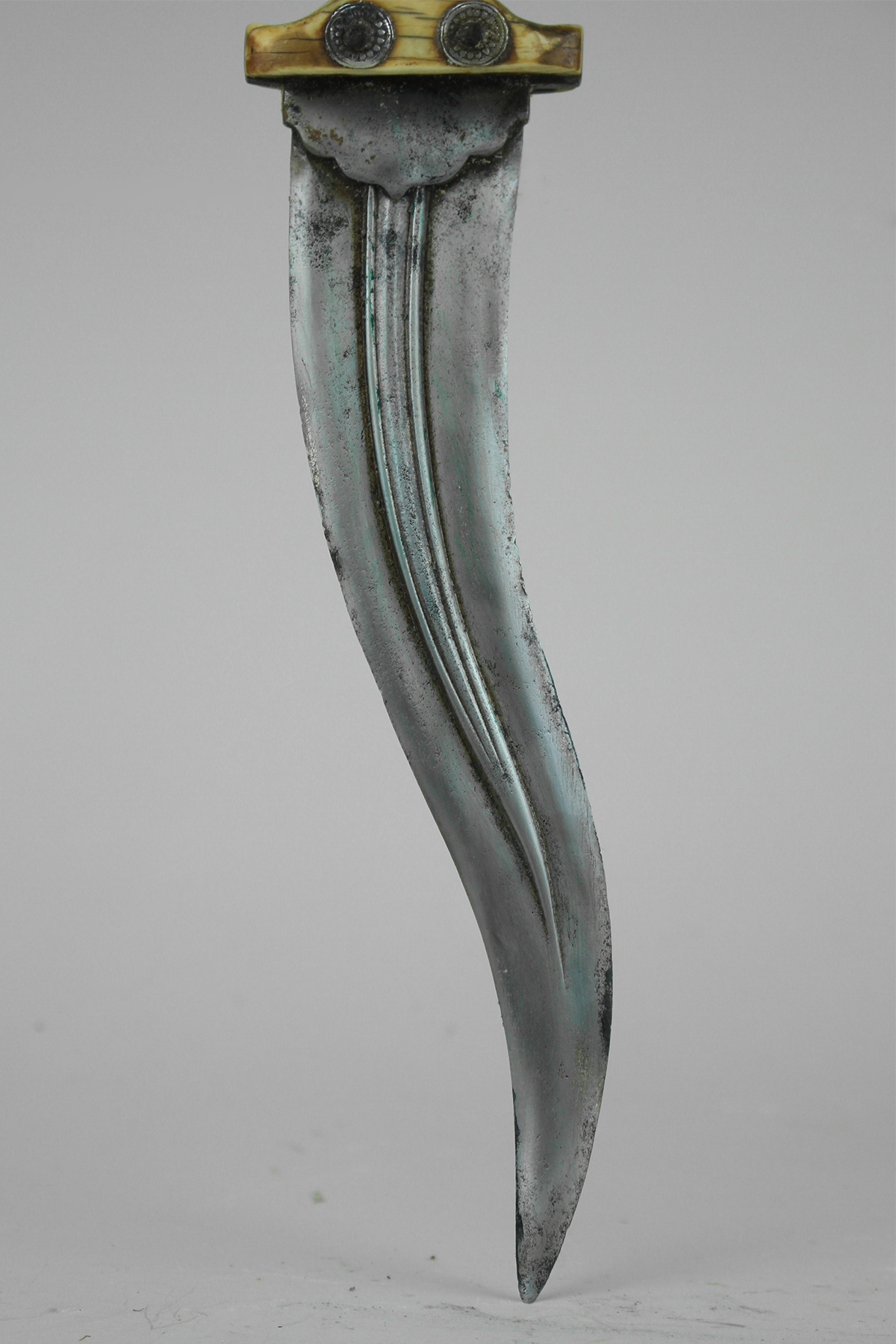 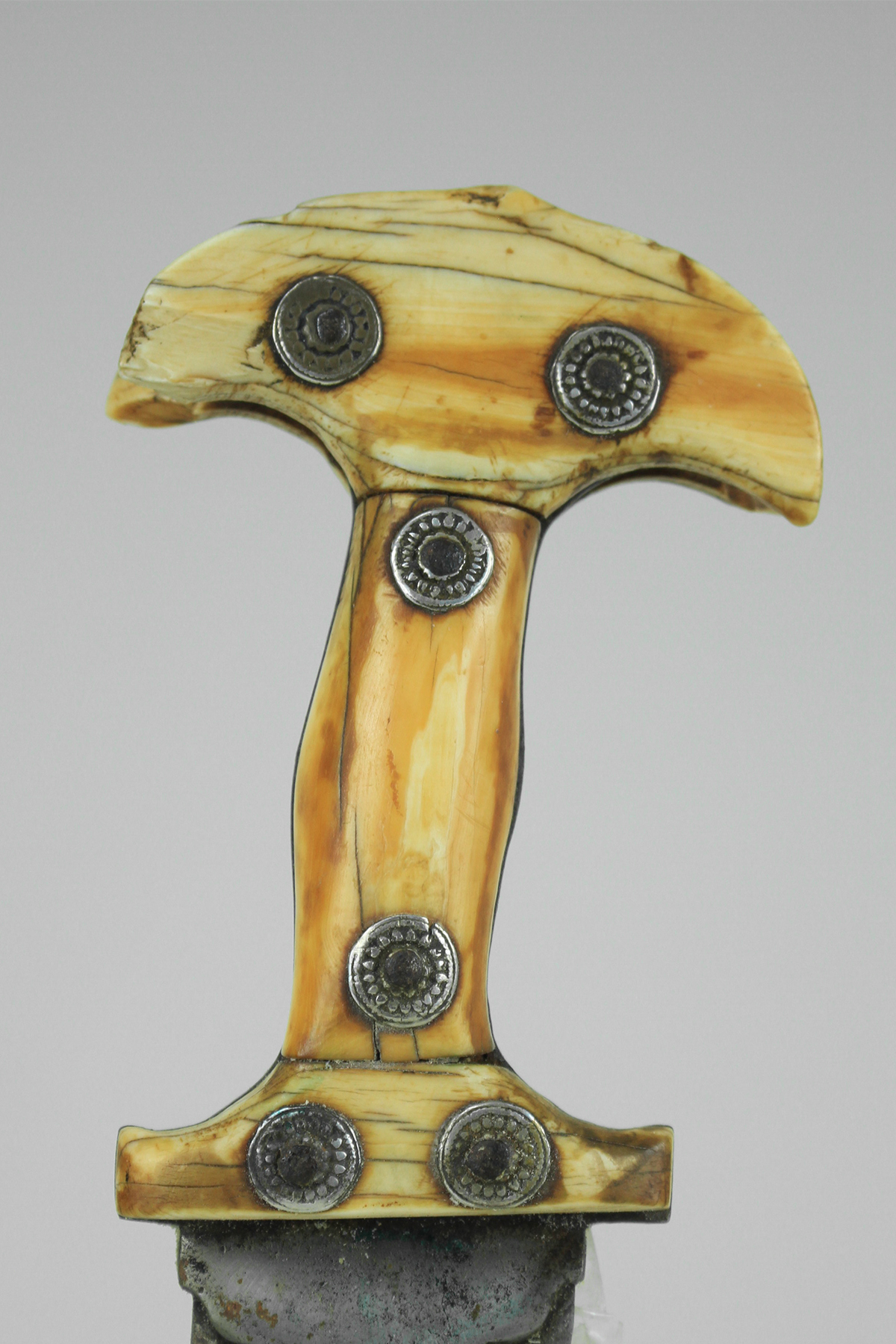 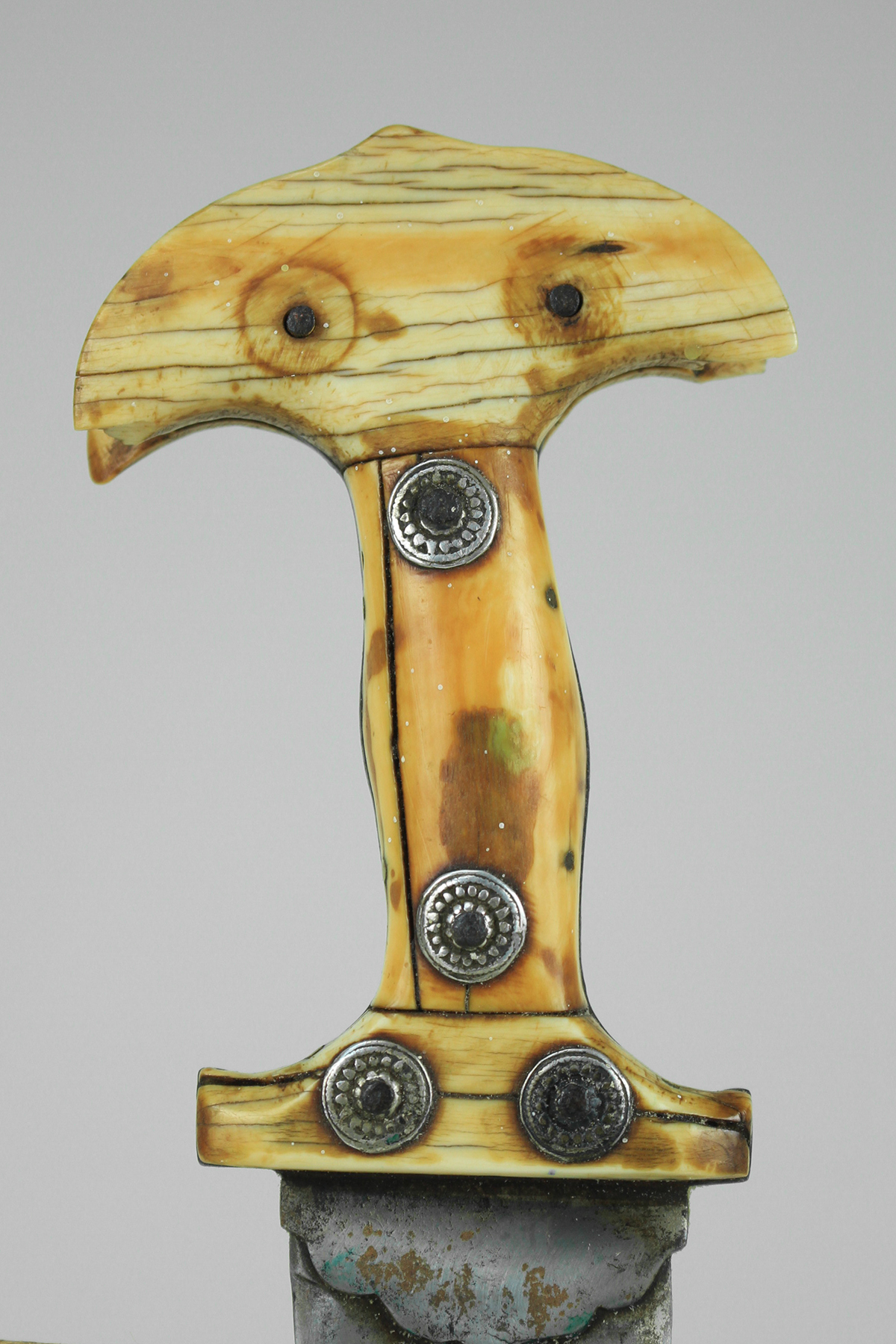 The Khanjarli, one of the nicest and sought after dagger in the Indian weaponry. It is characterized by its strongly re-curving blade and wide lunette shaped pommel. The Khanjarli is probably a development from the earlier Chilanum. Egerton in his book Oriental arms and armor suggest that they are originated from Vizianagram in south east India, while Elgood in his book Hindu Arms and rituals suggest it is originally from Orissa because of the massive ivory industry there at the time. There are few versions to Khanjarli, some appears with a D guard and some without, almost all Khanjarlies come with Ivory handle.

The Khnjarli offered here is an early example, probably early 18 C. or earlier. Blade is nicely fullered,  The  ivory cross guard is integral part of the grip.  Both  the grip and the lunette shaped pommel  are also  Ivory.  All six sectors of the handle are riveted to the tang via chased  silver rosettes. Later made wood scabbard bound with red velvet and mounted with steel locket and chape.

Blade  9  inches long.  Total length 15 inches. Very good condition to age. Good age patina on the ivory with very minor chips . Two rosettes from the back side of the pommel are missing. 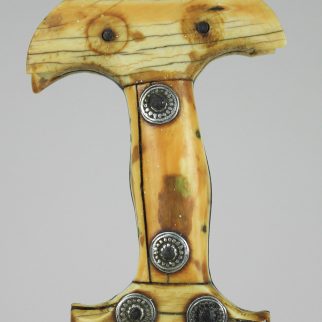 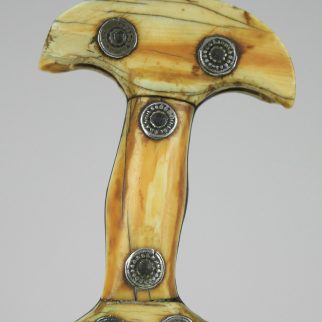 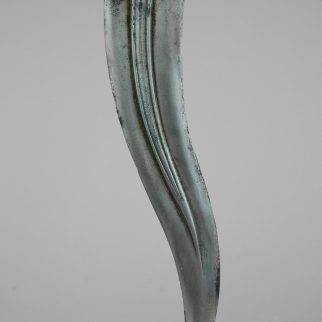 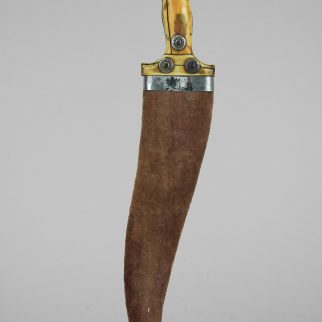 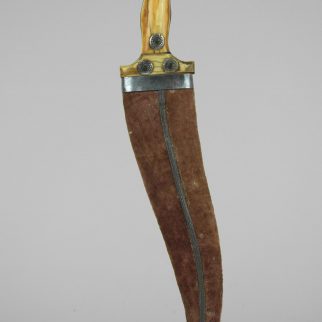 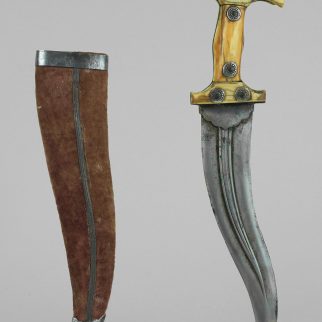 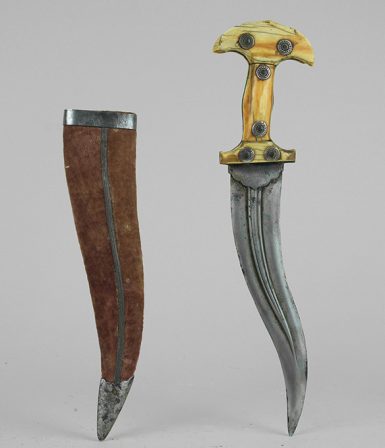