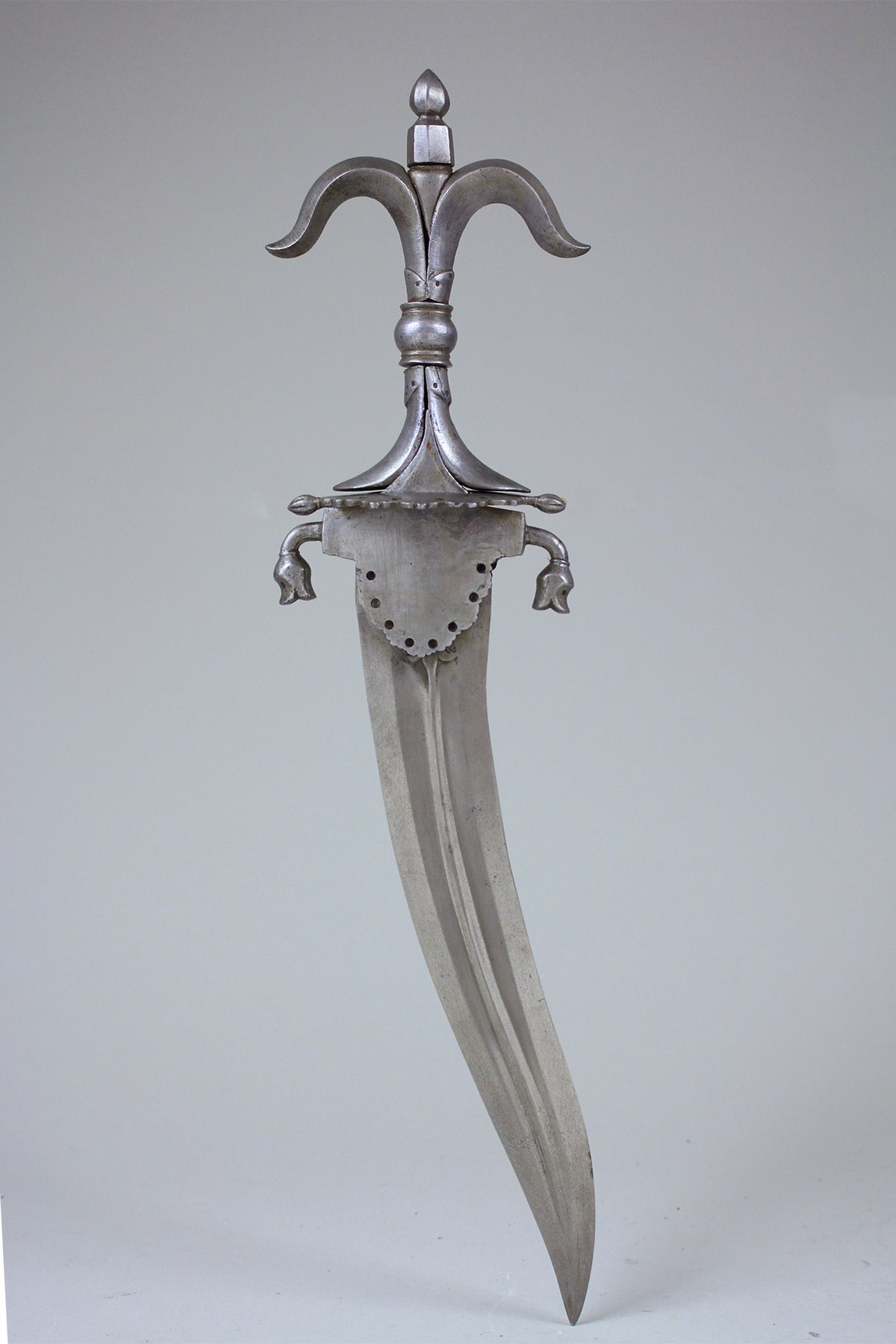 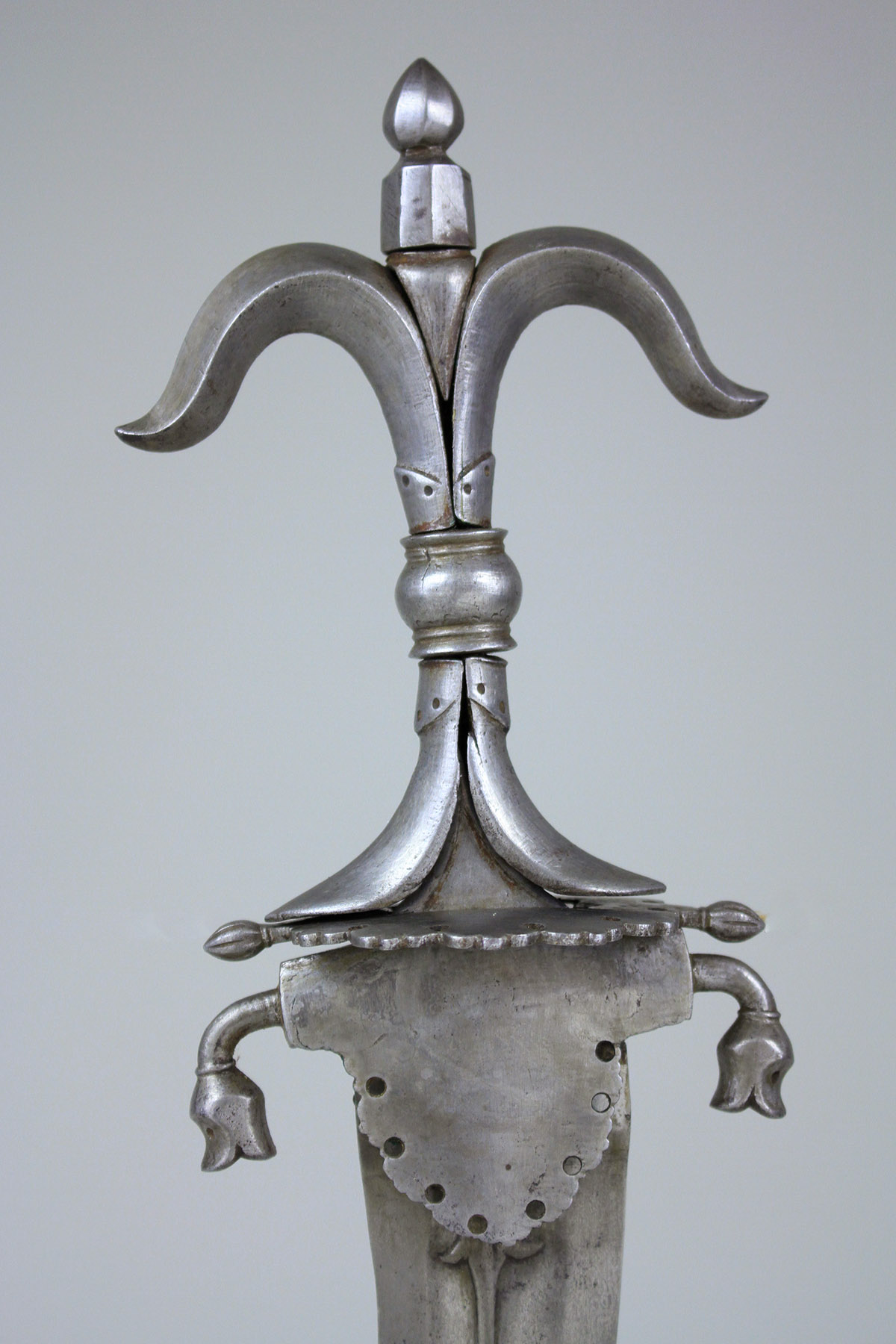 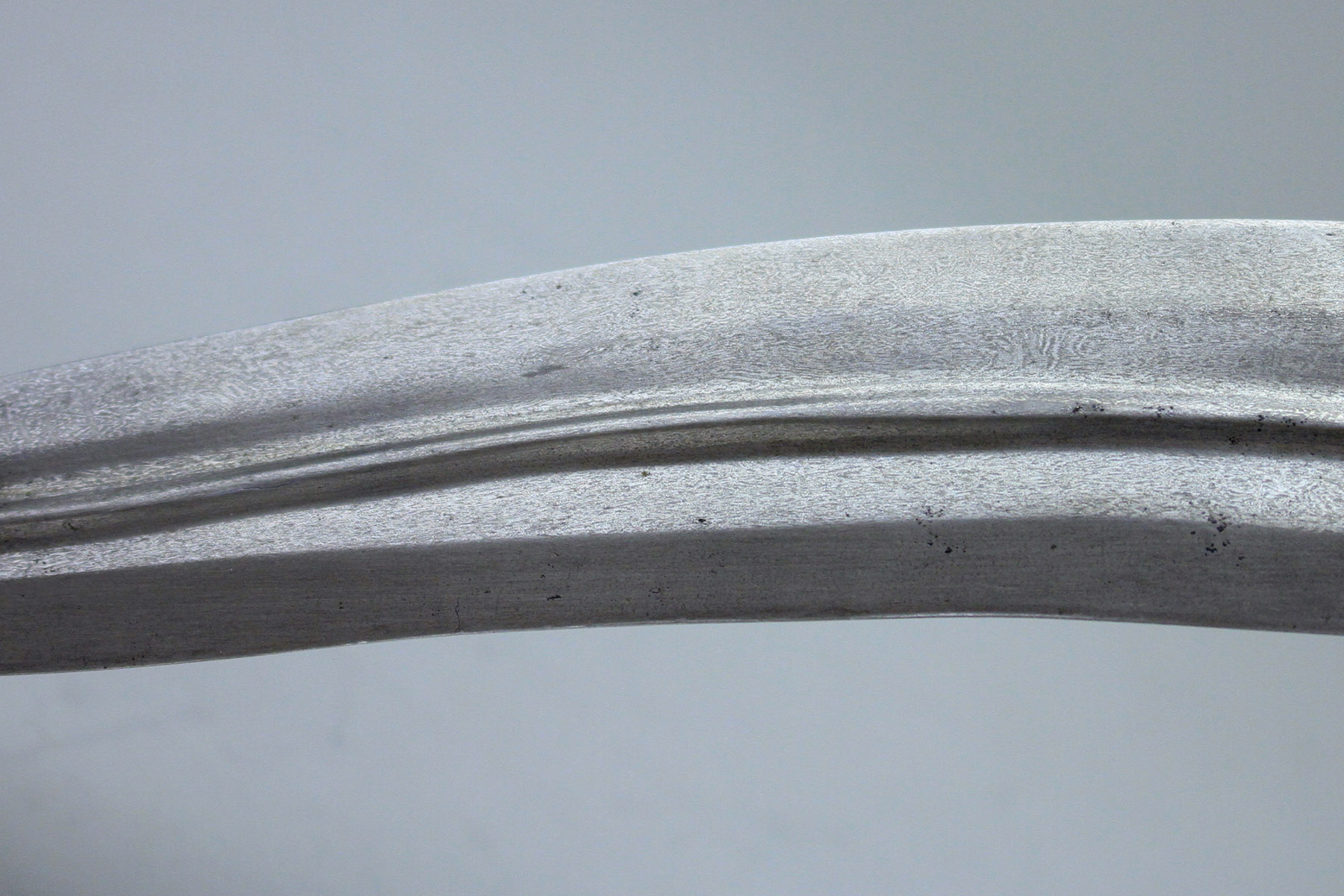 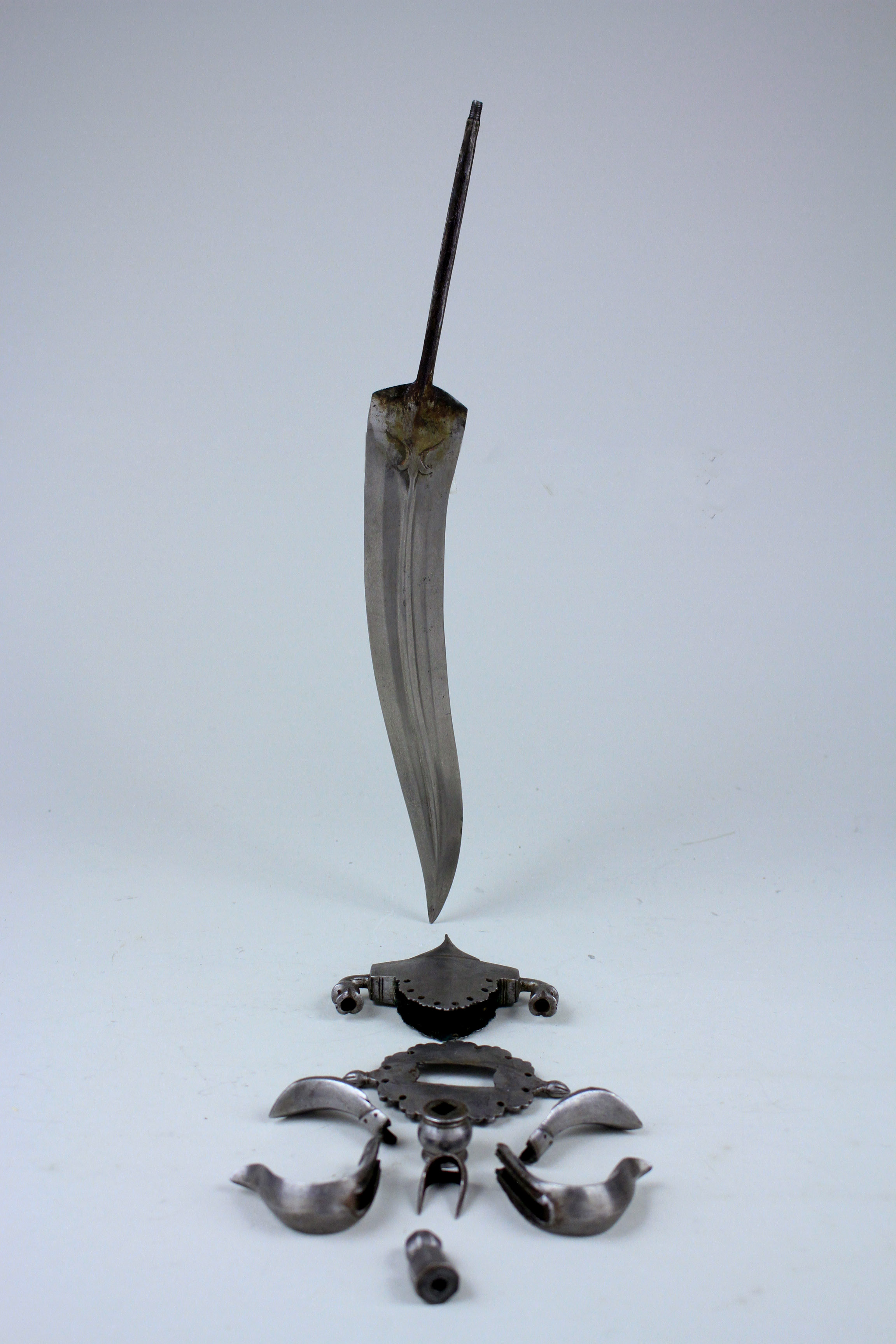 One of the rarest forms of daggers from the Indian arsenal, a member of a class of daggers known as  Chillanum . Daggers in this class may take various shapes but all share the typical re-curving blade.

The Chillanum shown here is from the second half of the 17 C. from the Deccan, India. Of unusual construction: The steel handle is detachable to several parts. The massive re-curving blade is forged from watered steel (Wootz) .

A very similar Chillanum in the Jaipur armory was analyzed by R. Elgood (see below). Elgood suggest that the purpose of the detachable handle part is to allow easier decoration by enameling or other decoration technique. Also that the down curving quillons are Persian influence which was quite dominant in the Deccani courts. 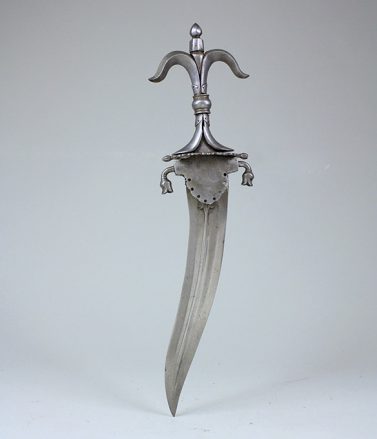 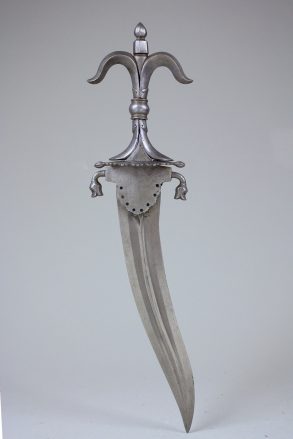 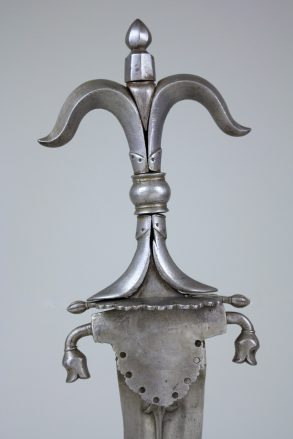 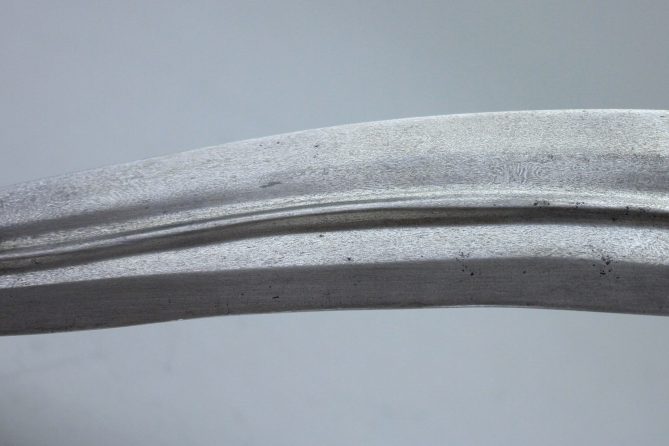 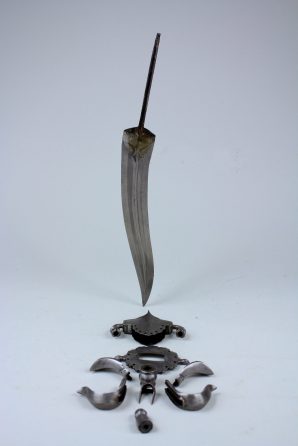 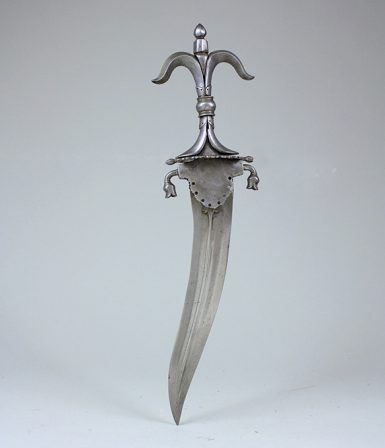