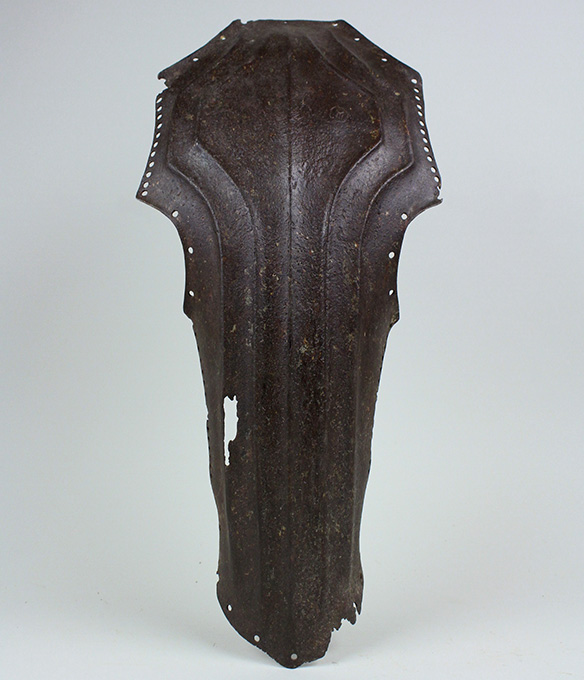 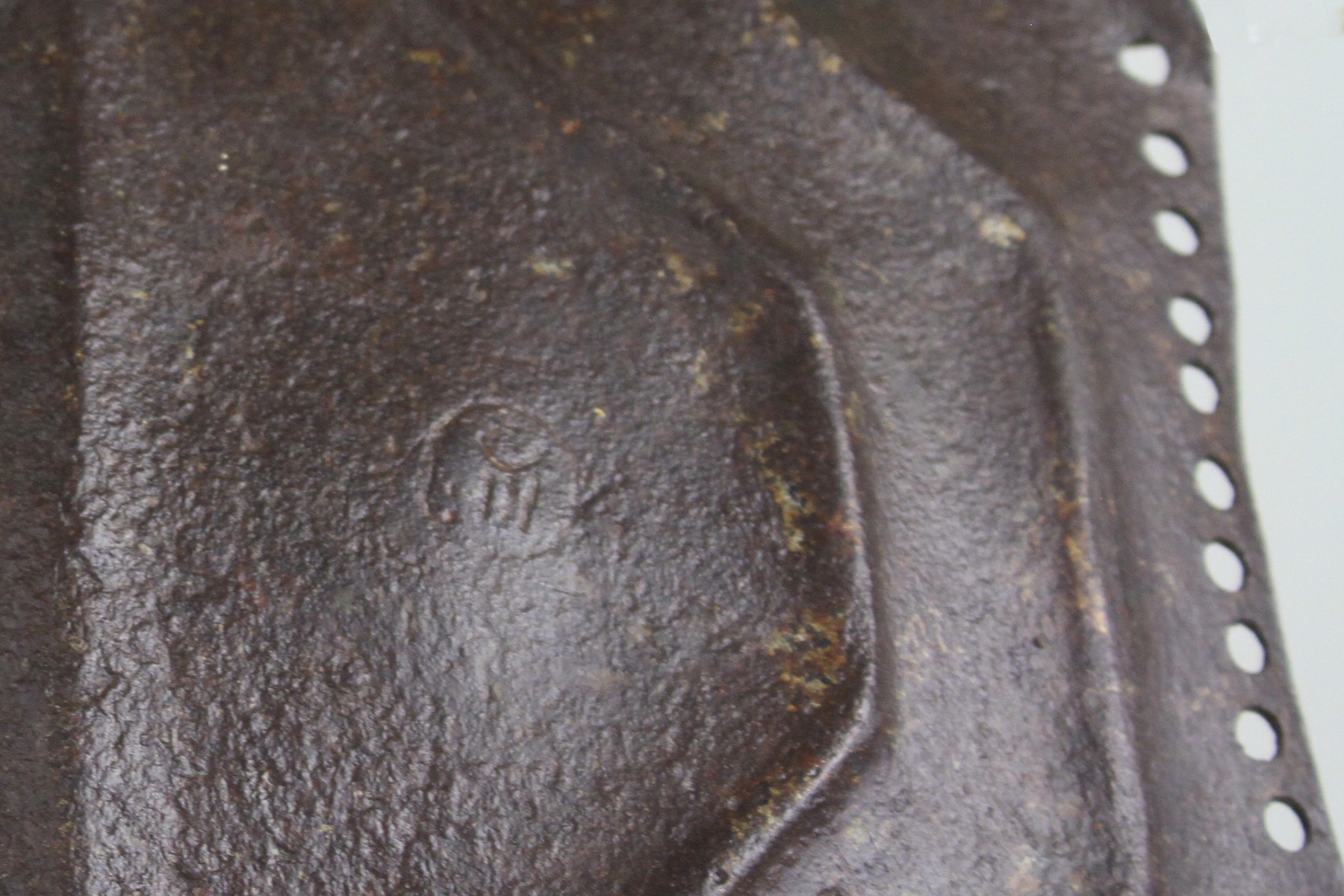 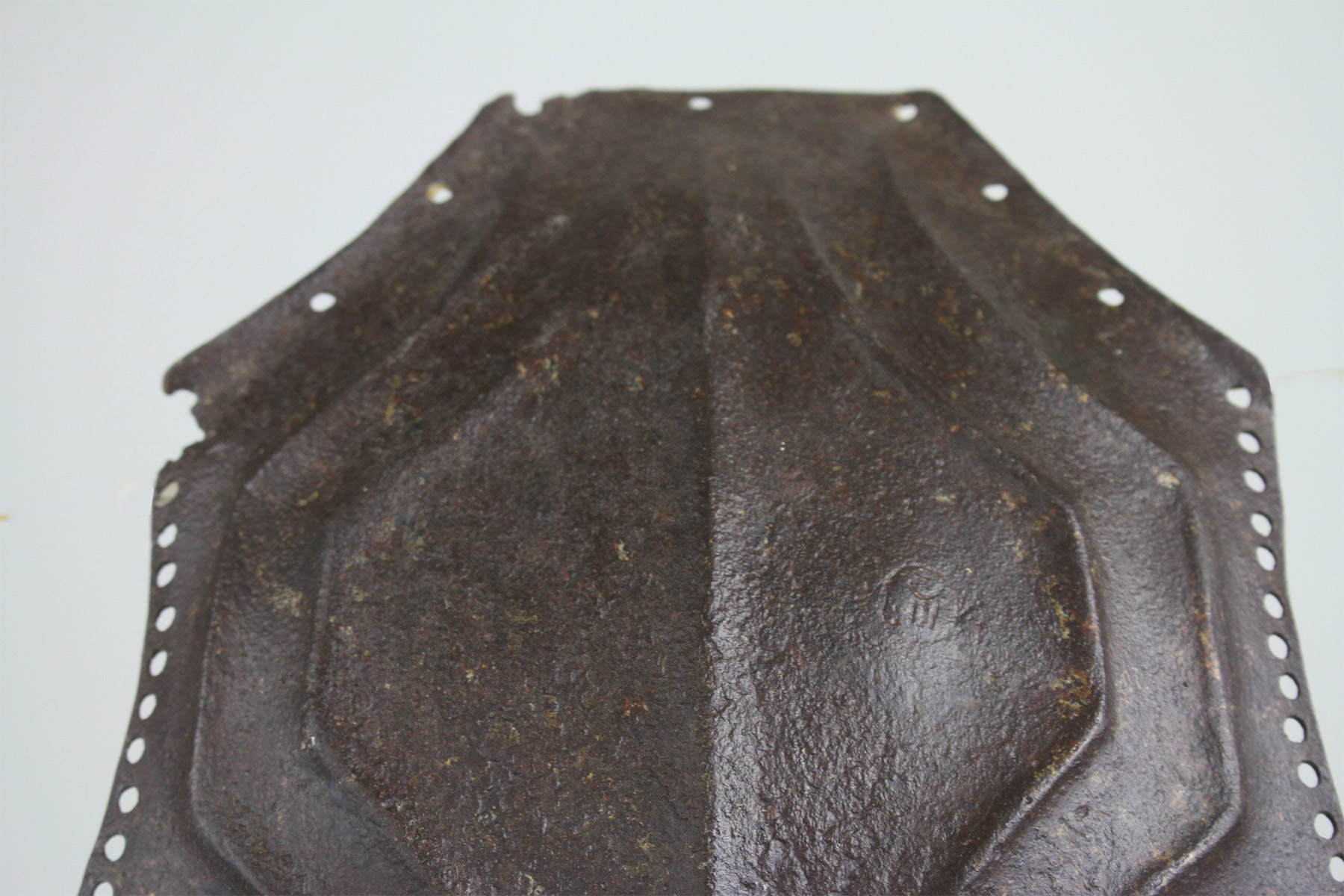 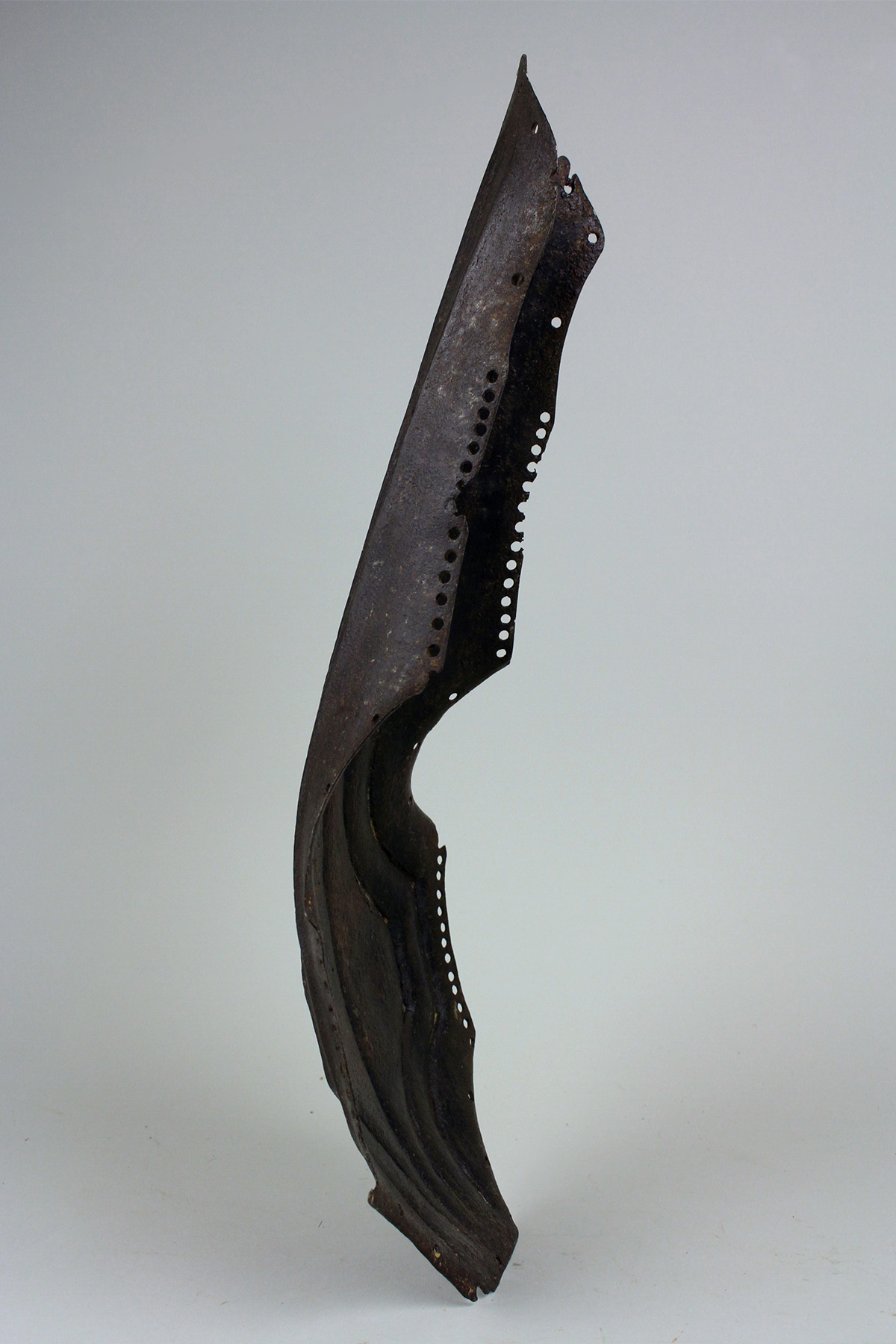 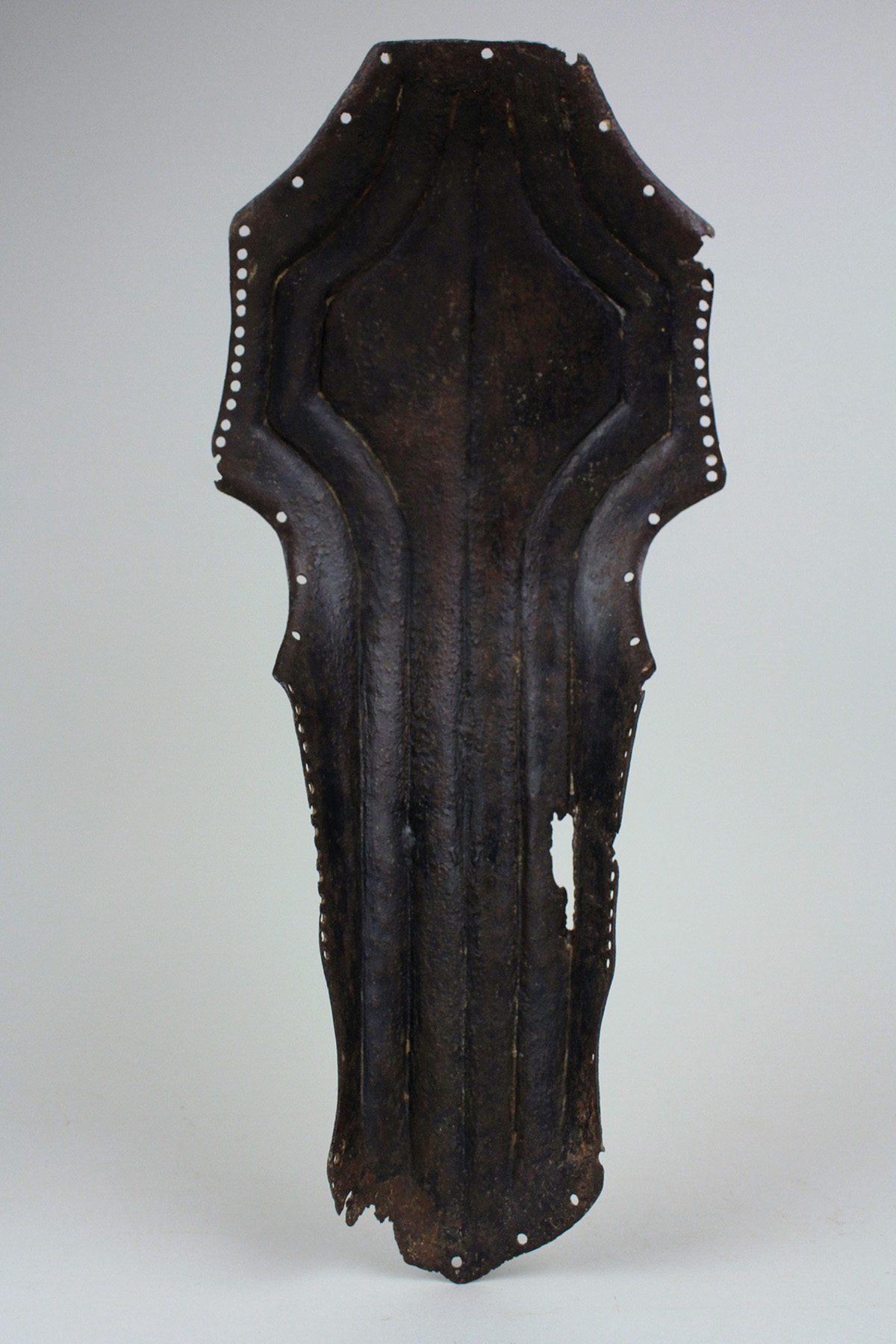 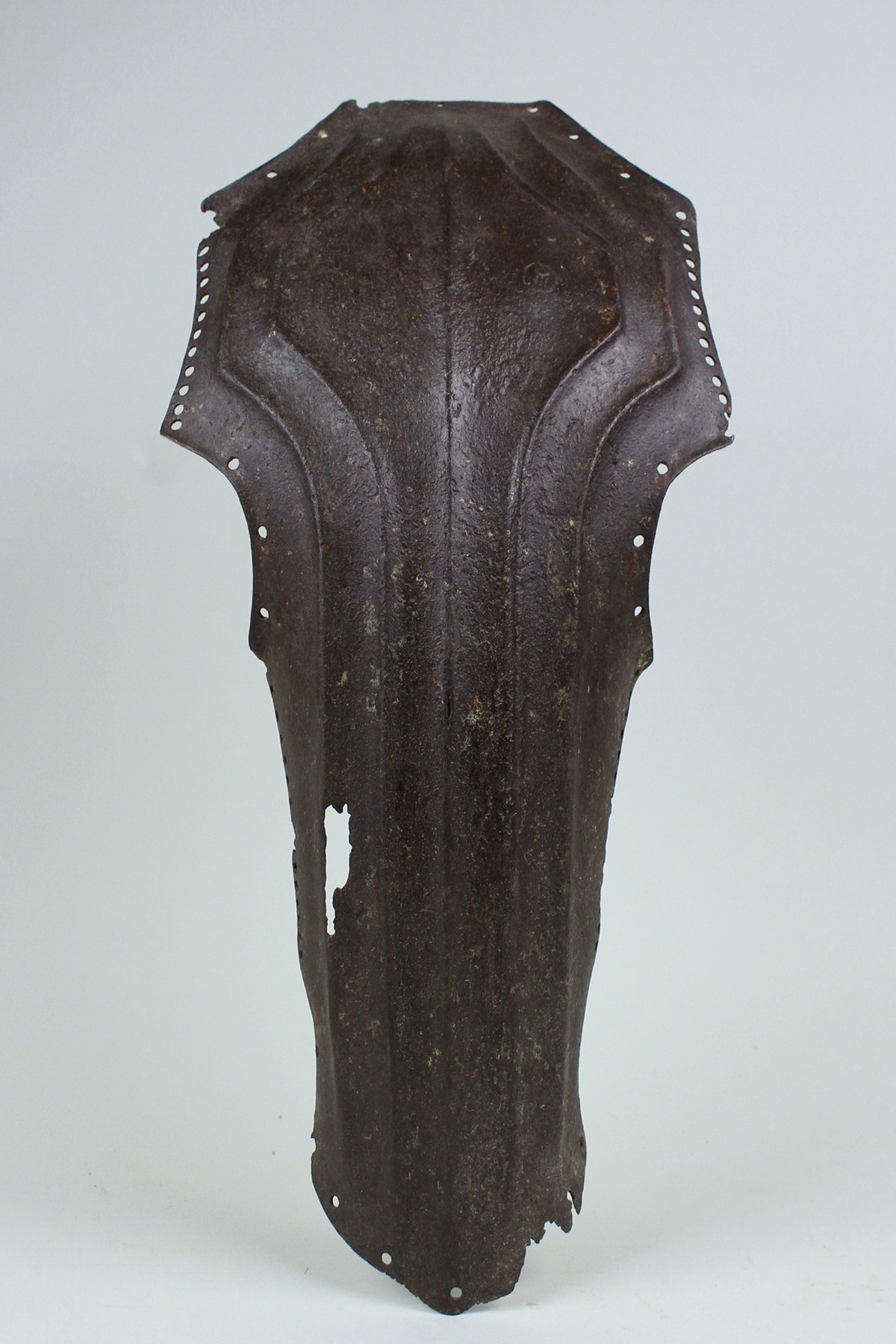 The Chamfron  head armor for horses is well known in western Europe from early times, may be 11-13 C. However recent research suggest that the use of horse armor in the Islamic world is earlier (see below). In later medieval times it was widely used in the middle east and specifically in the Ottoman empire.

An rare early 15 C. Ottoman Chamfron is offered here. It is hand forged in one piece of steel with pronounced ridges and eyes and ears openings. Pierced with line of holes along its edges, probably to rivet an inner leather of fabric cushion.

This Chamfrn is coming from the armory of St Irene in Istanbul, the early armory of the Ottoman empire and marked so.

Original, untouched and un cleaned without any  restoration attempt which would have damage its authenticity. Fresh to the market. 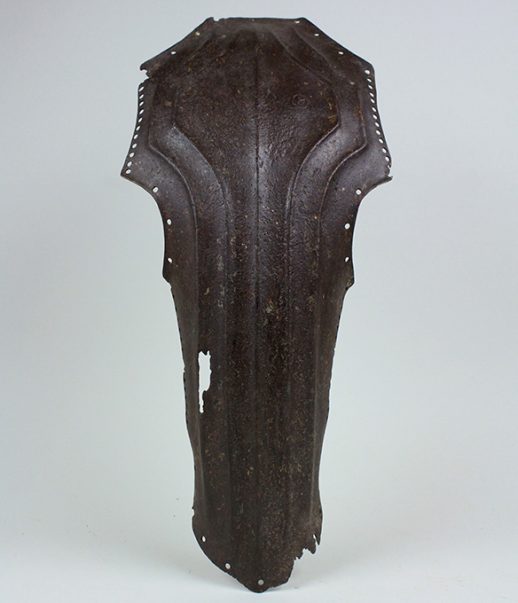 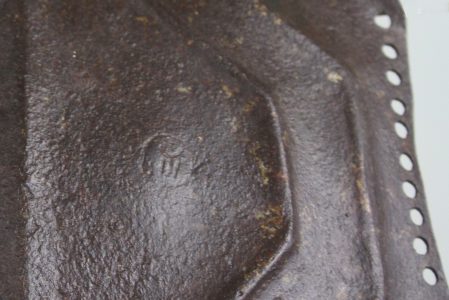 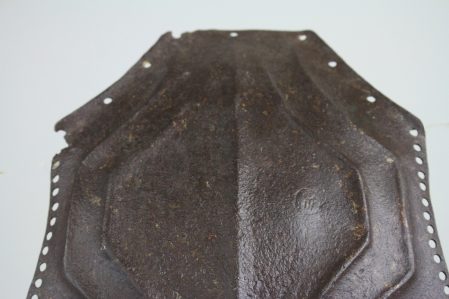 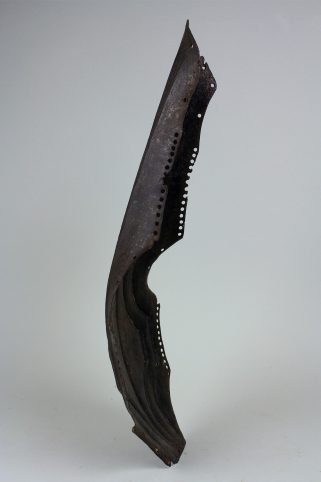 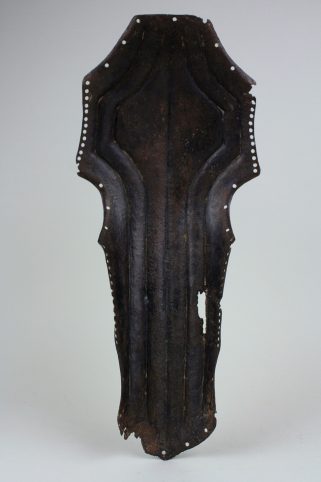 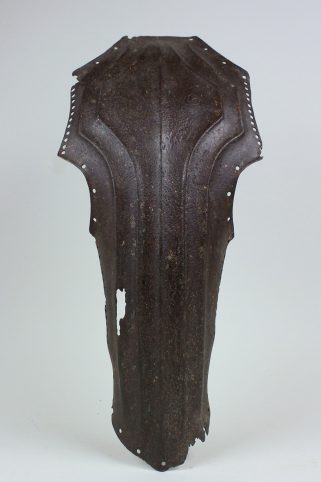 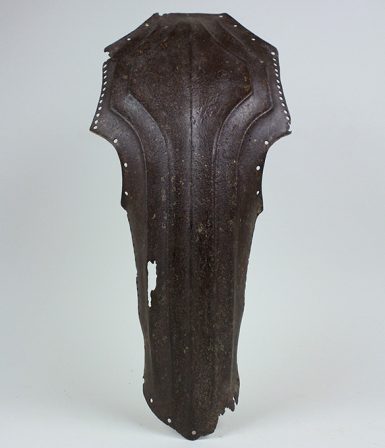